BERLIN (Reuters) – German sportswear makers Adidas (ADSGn.DE) and Puma (PUMG.DE) warned on Wednesday of a major decline in sales in China due to the coronavirus and said while there were early signs of improvement there the impact had spread to other markets. 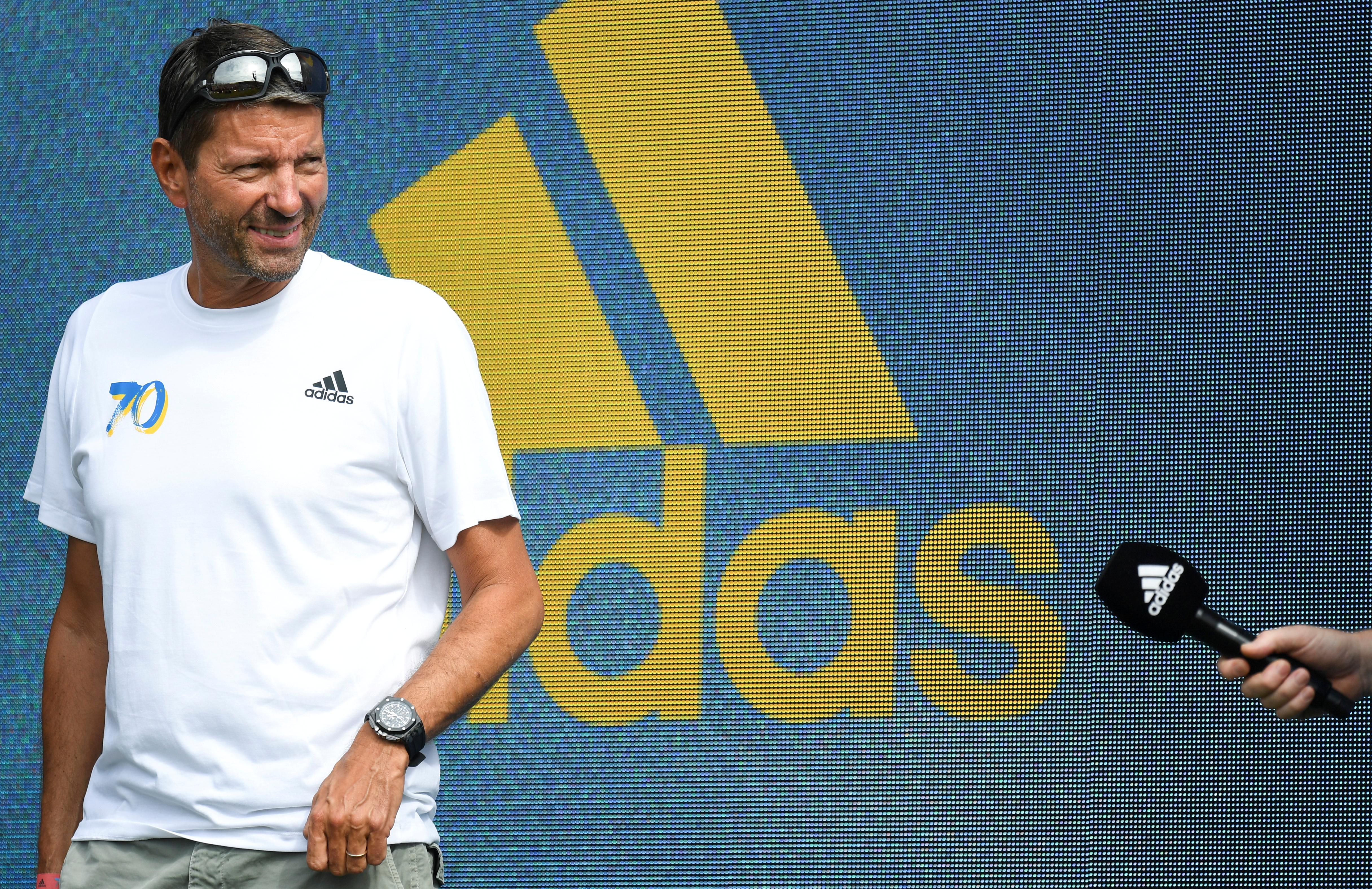 Shares in Adidas and Puma, already pummelled in the last few weeks, were down 6% and 4.4% respectively at 0951 GMT. Shares in market leader Nike (NKE.N), which also warned last month of an impact from the virus, were down 3%.

Adidas said it expected first-quarter sales to drop by up to 1 billion euros ($1.1 billion) in greater China and operating profit to decline by 400-500 million euros.

Adidas and Puma make almost a third of their sales in Asia, which has been a major growth market for sporting goods in recent years and a driver of profits. The region is also the main sourcing hub, with China a major producer for both firms.

Adidas said it expected group first-quarter sales to fall more than 10%, including the China hit and a drop of about 100 million euros in Japan and South Korea, and assuming the rest of the world grows at a currency-neutral 6% to 8%.

Puma said it no longer expected its business would return to normal soon, despite encouraging signs coming out of China, adding it was abandoning the 2020 guidance it gave on Feb. 19 that had assumed the crisis would be short-lived.

“Given the duration of the situation in China, the negative impact in other Asian countries and now also the spread to Europe and the U.S., we unfortunately have to conclude that a short-term normalization will not occur,” it said.

Since emerging in China late last year, the new coronavirus has spread around the world, infecting around 120,000 people, killing nearly 4,300 and sending markets into a tailspin.

Sporting events around the world have been cancelled, postponed or played without spectators, with the virus’s spread raising questions about the viability of the upcoming Olympic Games in Japan and Euro 2020 soccer championship.

While the Olympics is not usually a major driver of sales for the sporting goods industry, Euro 2020 is more important for sales of replica jerseys and balls.

If both events are postponed, Adidas could lose up to 70 million euros of sales, Chief Executive Kasper Rorsted told journalists, but added he was upbeat about the underlying health of the business and was not planning any job cuts.

Adidas warned last month its business in the greater China area had dropped by about 85% year-on-year in the period since China’s Lunar New Year on Jan. 25.

On Wednesday, it said it had started to see a “slight improvement” in business activity in greater China, with about half of its 12,000 stores in the country open again, but shopper traffic was now deteriorating in Japan, South Korea and Europe.

Puma said Asian markets such as Singapore, Malaysia, Japan and South Korea, where Chinese tourists often travel to shop, were recording a big fall in sales, and it had seen a significant decline in shopper traffic across Europe.

In greater China, Adidas cancelled all shipments to wholesale partners in February and it said it planned to clear excess stock through its own channels in the rest of 2020, although Rorsted does not expect much catch-up buying.

Adidas and Puma said most of their factories in China were operating again. Puma said its outbound logistics from China were also mostly in operation, so its global supply chain was only seeing some minor delays.

Excluding the impact from the virus, Adidas forecast currency-neutral sales to increase by between 6% and 8% for the full year and for its operating margin to rise by between 10.5% and 11.8%.

Currency-neutral sales grew 18% in greater China, 10% in North America and 14% in Europe, the latter a big rebound from declines in the first half of 2019 after the firm took steps to reduce its reliance on its Originals fashion line.