Anya Taylor-Joy had a breakout year in 2020 thanks to her two highly acclaimed roles: the titular role in the film “Emma” and as chess prodigy Beth Harmon in Netflix’s limited series “The Queen’s Gambit.” While much of her buzz surrounds her acting skills, the actress is also gaining attention in the fashion world for her standout style.

The 24-year-old actress, who is nominated for two Golden Globe Awards at Sunday’s ceremony, had several high-fashion moments last year where she played with bold prints, whimsical styles and unconventional structures that were curated for her by trademarked image architect Law Roach.

“I always get the girls that are a bit fearless when it comes to their style,” Roach said during a phone interview. “I think that’s what the attraction is because that’s the way I look at styling and fashion. I would definitely say [her style] is fearless with a touch of whimsy.”

Roach also said he likes to style Taylor-Joy in pieces that have a “retro undertone to it,” something the actress has in common with her “The Queen’s Gambit” character, Beth Harmon, who wore an array of 1950s and 1960s mod-style clothing in the show.

The fashion stylist, who has worked with the likes of Celine Dion, Kerry Washington, Hunter Schafer and, most notably, Zendaya, who he’s styled for the last decade, started working with Taylor-Joy right before the start of her “Emma” film tour early last year. For her appearances, Roach pulled outfits from major designers like Prabal Gurung, Loewe and Zimmermann, among others, that played into Taylor-Joy’s whimsical style. 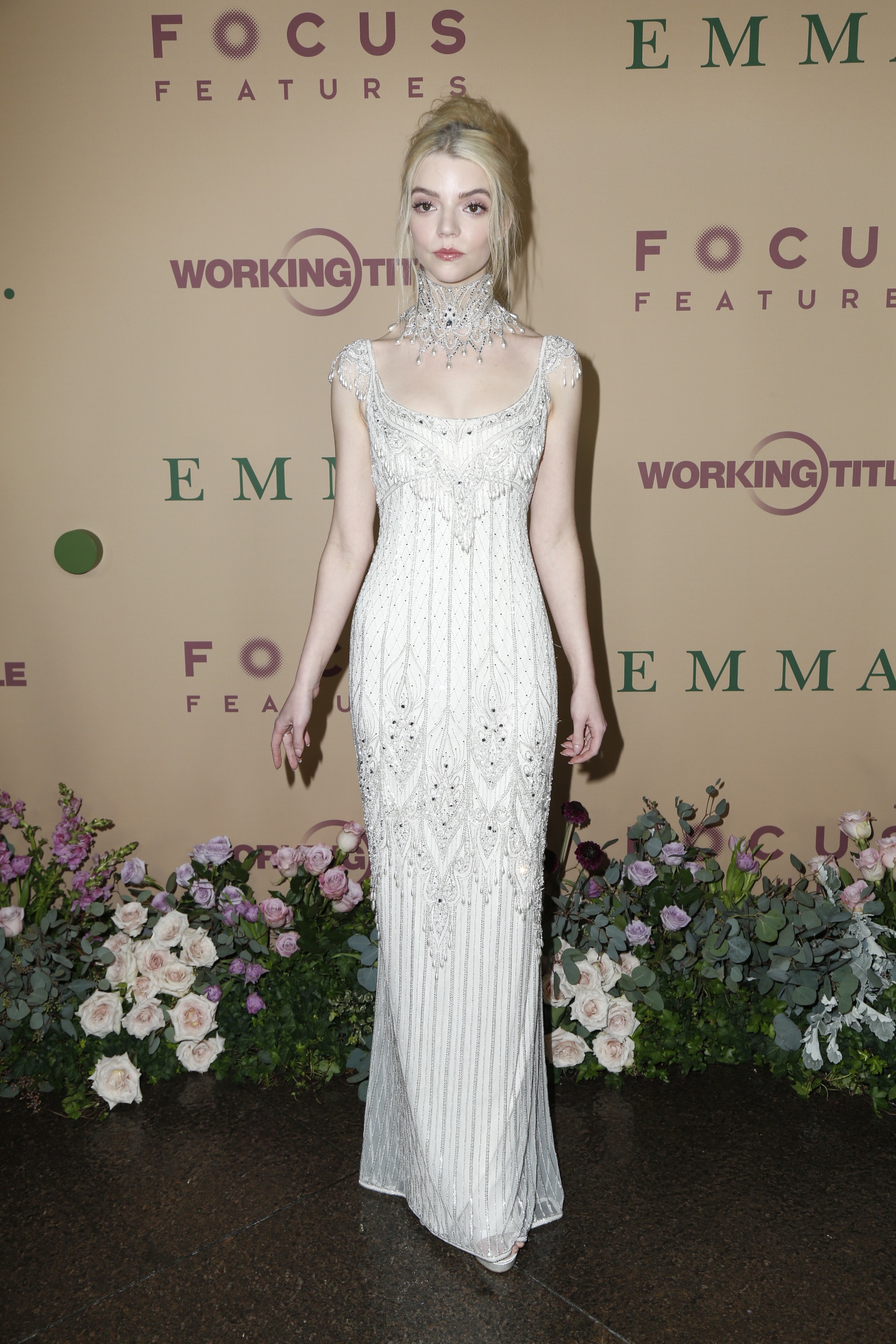 His most favorite look that he put together for Taylor-Joy is the vintage Bob Mackie beaded wedding gown from his own vintage archives that she wore to the Los Angeles premiere of the “Emma.”

“I absolutely adore — and I still go back and look at this a lot — the vintage Bob Mackie dress from my personal archive,” he said. “The dress was just special because I owned it and I’ve had it for a while. I’ve just been waiting for the perfect moment to put it on someone. As a stylist, you know when that moment is. It kind of fit the theme of the movie and it was just really beautiful.”

Another standout look Roach put together was for Taylor-Joy’s appearance on ABC’s “Good Morning America” in February 2020 where the actress arrived wearing a Halpern black sequined bubble dress over a leopard-print jumpsuit from the brand’s spring 2020 collection.

“When you have someone that doesn’t have any fear and loves fashion and loves to experiment, then those types of looks are the outcome of that,” he said about the look. “It was just literally us having fun and we’re grateful that the world actually liked it.”

Roach will be styling Taylor-Joy for Sunday’s Golden Globes, but stayed mum on the details of her look aside from offering that the look will be “expectedly unexpected.” He will also be styling Tiffany Haddish, who is presenting at the awards show.

Almost a year into the pandemic, Roach has adapted his styling strategies and practices to work for virtual ceremonies, but does miss the pre-pandemic red carpets.

“We’re all longing for the chaos of the red carpet and all of that, but I think we’re all doing our part to keep everyone safe,” he said. “It’s like we’ve built this community and we’re all supporting and helping and loving each other.”

The Most Fashionable TV Shows of the 2021 Awards Season

How to Get Zendaya’s ‘Malcolm & Marie’ Aliétte Dress