With so many weddings scuppered by the pandemic, an exhibition opening in Belgrade later this month takes on an added poignancy.

“Love Is Love: Wedding Bliss for All à la Jean Paul Gaultier” puts the spotlight on 38 couture wedding looks created by the designer between 1990 and 2020, including eight not included in previous iterations of the exhibition, which debuted in 2017 at the Montreal Museum of Fine Art and traveled the following year to Buenos Aires.

First Ladies Fashion Through The Years

Though not without something irreverent.

Gaultier has shown a bride cradling a baby; another shrouded in tulle with a groom dressed in a matching fisherman sweater, and another in fishnets, a spray of white flowers attached to the back of her bridal G-string. 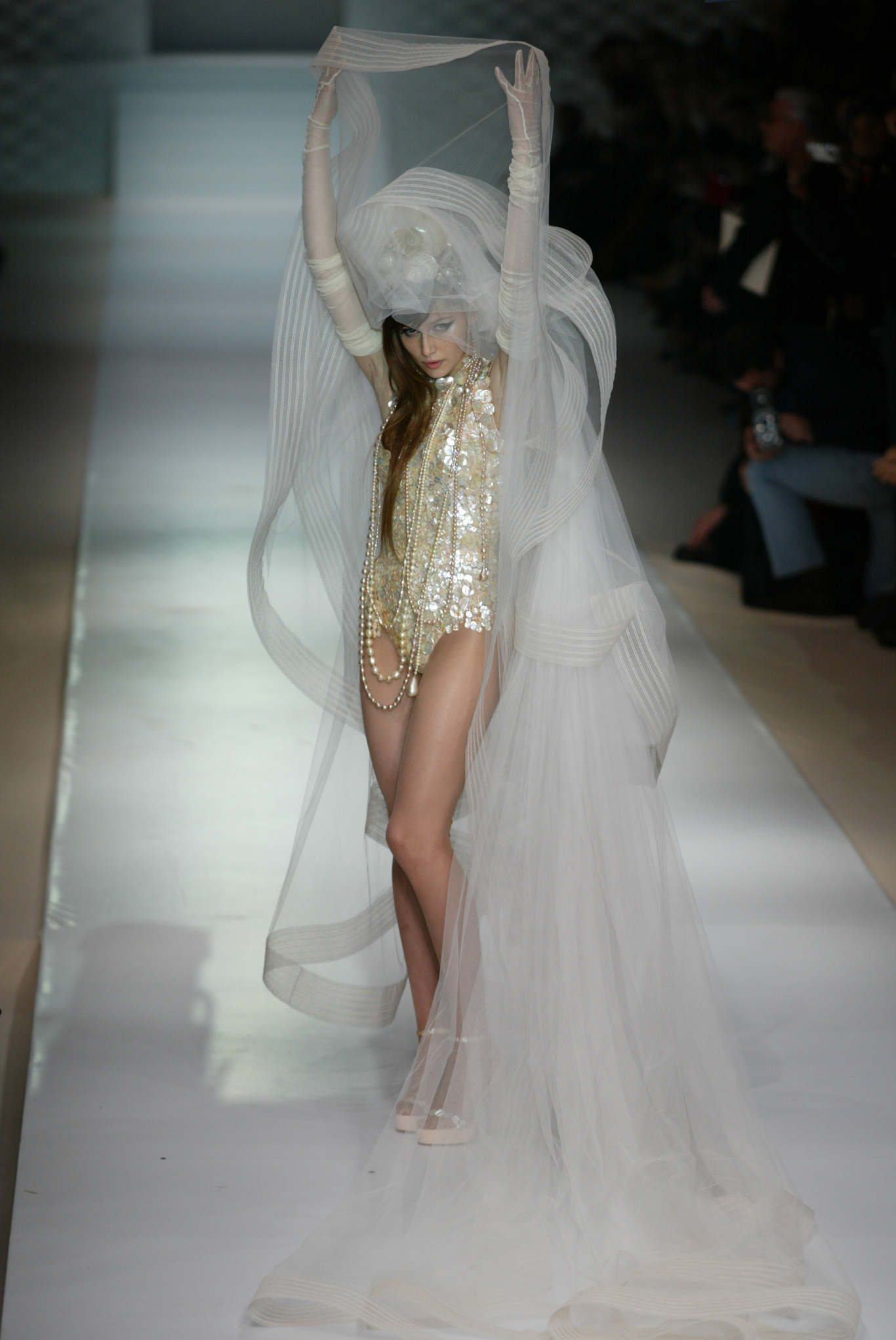 “I come from a generation that was against marriage and that was anti-establishment, so when I presented the wedding dresses I tried to present them with humor or theatricality,” Gaultier explained.

He recalls how enthralled he was watching Madonna perform “Like a Virgin” at the MTV Video Music Awards in 1984, descending a tiered wedding-cake set wearing a bridal gown and veil, ultimately writhing on the floor and playing with the microphone in a suggestive way. “I liked her provocation and the way she made the wedding dress sexy,” Gaultier said.

Included in the Belgrade show is a dress with a 25-meter-long train that was featured in one of Gaultier ready-to-wear shows.

“The dress was part of the scenography, presented as a curtain hiding the backstage and only at the end of the show the audience realized that it was a wedding dress when the model came out of it and ripped the curtain apart,” he recounted.

Gaultier opened his couture house in 1997 and had Laetitia Casta wear the bridal look. 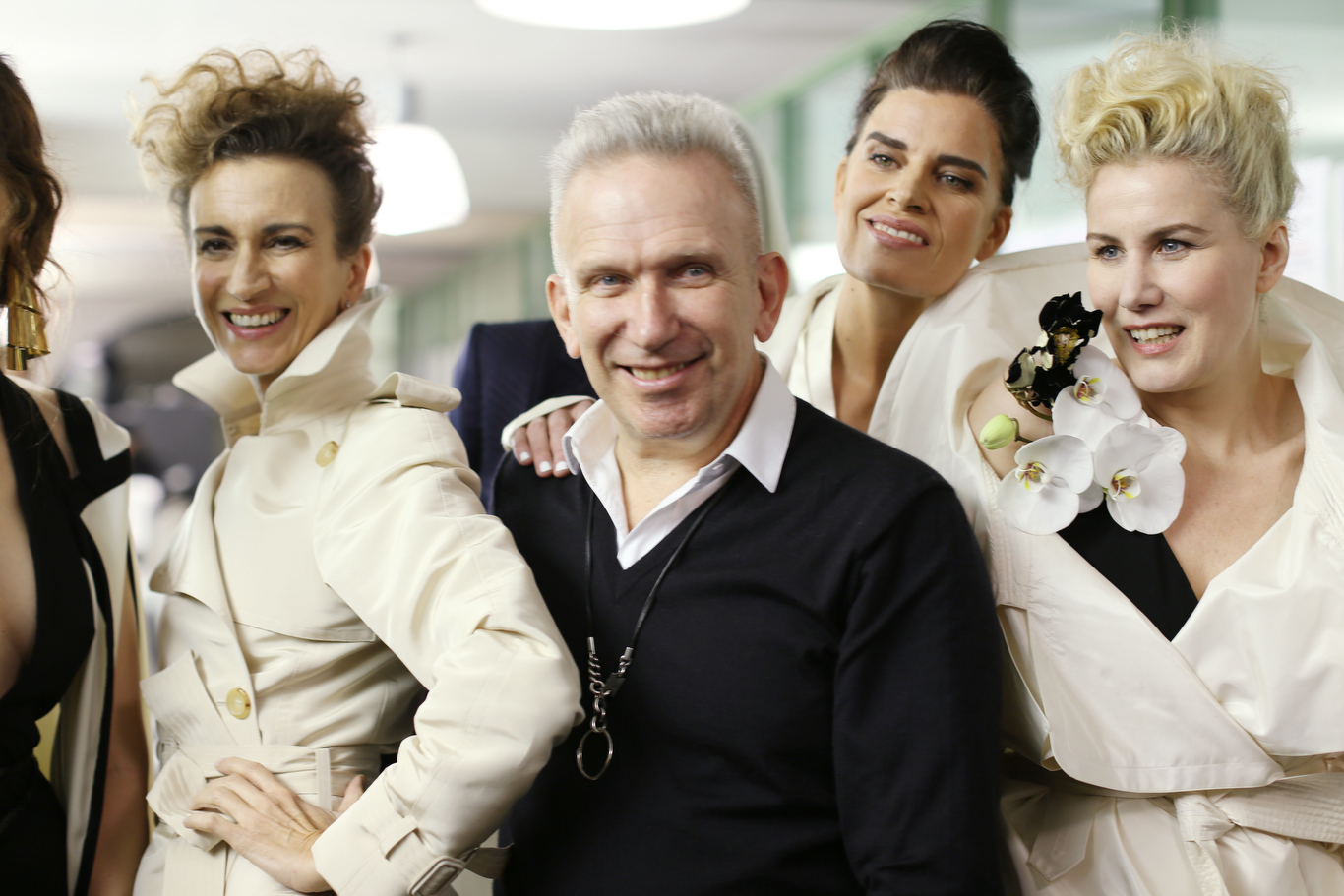 Thierry-Maxime Loriot, curator of the “Love Is Love” exhibition, said it demonstrates how Gaultier laced his “creative and provocative work with humor” and exalts his “humanist vision of society as he embraced all cultures and subcultures without any taboos or judgment.”

The exhibition title, borrowing a phrase from then President Obama’s speech announcing the legalization of same-sex marriage in 2015, implies a conception of weddings inclusive of all configurations, questioning sexual, ethnic and religious conventions, Loriot noted.

“I feel this exhibition is important for the strong social message of freedom, tolerance and resilience it delivers,” he said. “For me, what is most important in ‘Love Is Love’ is that it is about fashion and tolerance.”

According to Viktor Kiš, acting director of the Belgrade museum, the circumstances created by the pandemic underscore the need for art that challenges people, and makes them think and feel.

“Gaultier is not a brand, but an idea of equality, support, diversity and tolerance, and if anyone ought to be fighting for tolerance in a society, it should be the artists,” he said. “Art is comprehensive, free, it allows for emotions, personal expression, provocation and critical thinking.” 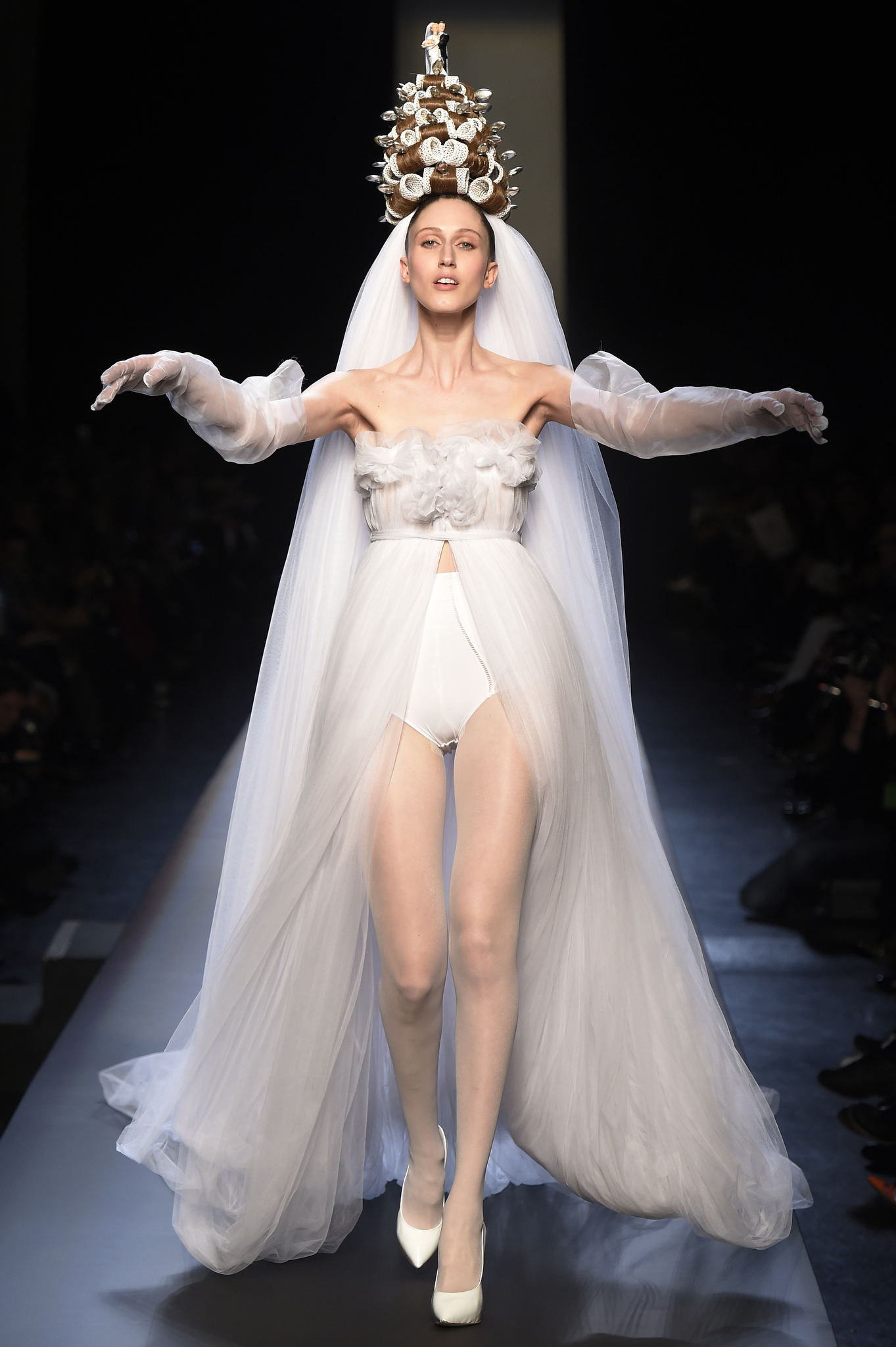 The layout for the Serbian showcase was designed by the Montreal Museum of Fine Arts, or FFMA, with mannequins provided by JoliCoeur International and animated by Denis Marleau and Stéphanie Jasmin from the Montreal avant-garde theater company UBU.

Gaultier’s initial collaboration with the MMFA began in 2011 with “The Fashion World of Jean Paul Gaultier: From Sidewalk to the Catwalk.” The retrospective traveled to 12 cities and was viewed by more than 2 million visitors between 2011 and 2016 — setting a record for a fashion exhibition.

The Belgrade display runs through March 2021 alongside the main exhibition showcasing recent acquisitions of the museum, dedicated largely to art from Serbia and the former Yugoslavia.

With Weddings Being Canceled or Postponed, Bridal Designers, Manufacturers and Stores Are Left Scrambling