Covid-19 may be the tipping point when it comes to crocodile, python, ostrich, and clothes. 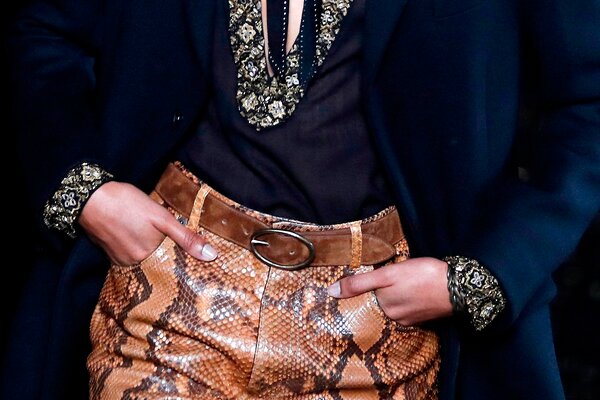 Something was clearly missing from Stockholm Fashion Week’s virtual catwalk on Aug. 25, and it wasn’t just a physical audience.

Five days before, the show’s organizers said that fur and exotic skins had been banned from the lineup. Fur wasn’t surprising; among younger Western consumers, at least, fur has been steadily slipping down the rungs of popularity, prompting even luxury stalwarts like Burberry, Gucci and Prada to jettison the material in order to secure their holds on hearts and wallets alike.

Exotic skins, on the other hand, was new … ish. While London Fashion Week, one of the four major fashion weeks, banned fur in 2018, the only other runway events to outlaw exotic skins — the stuff of alligator handbags, python coats, galuchat wallets and stingray stilettos — were the minor Melbourne and Helsinki fashion weeks, also in 2018.

Signs abound, however, that a fur-like reckoning is coming for exotic skins, partly buoyed by the pandemic, which may be linked to illegal wildlife trafficking. 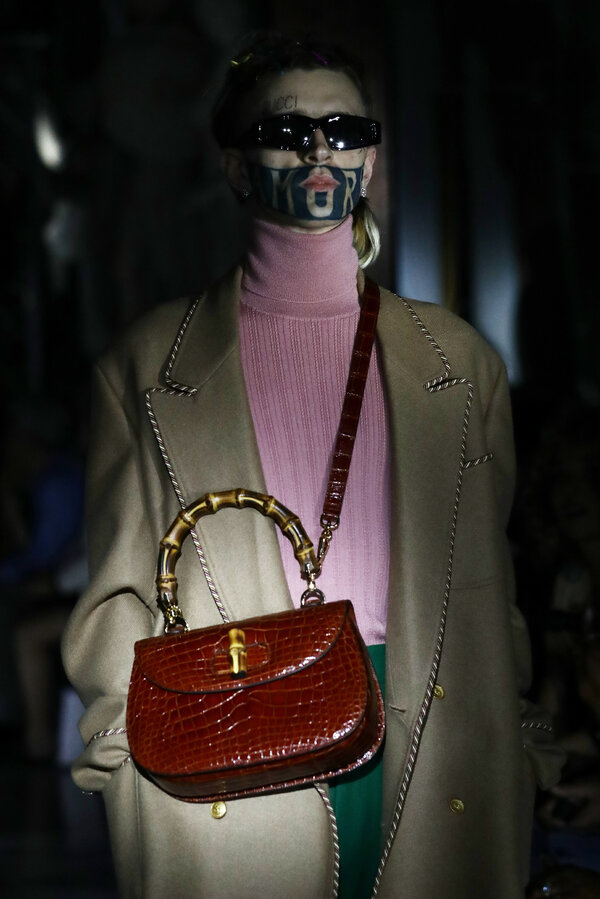 Before the coronavirus spread, brands like Chanel, Diane von Furstenberg and Mulberry were already dropping exotic hides, once inextricable from high fashion, because of animal-welfare concerns and other supply-chain issues. Amid the pandemic, the momentum has only grown.

Mulberry nixed crocodiles, ostriches and lizards in May. When PVH Corp., which owns Calvin Klein and Tommy Hilfiger, updates its animal-welfare policy later this year, exotic skins will join angora and fur on its list of verboten materials, according to a spokeswoman.

PVH declined to comment on the decision, but People for the Ethical Treatment of Animals has been doing its best to link exotic skins, one of the final frontiers in the animal-rights battle, to wet markets in Wuhan, China — and was heavily lobbying the fashion group.

It is in these markets, where “blood and fluids from dead animals wash into the street,” said Dan Mathews, the senior vice president of PETA, that the coronavirus could have originated. The confinement and slaughtering of wild animals for bags and coats, PETA says, create conditions where pathogens similar to Covid-19 can spill over to infect humans.

Not everyone is buying it, however. At the June annual meeting for LVMH, the world’s largest luxury goods conglomerate, the company told PETA representatives (as part of its strategy, PETA had bought stock in LVMH in 2017) that animals like crocodiles and alligators remain a “precious commodity.”