Maserati will launch a pure-electric version of its upcoming GranTurismo coupe, the GranTurismo Folgore, which is set to be fully revealed sometime in 2023. So far, Maserati has shown a lightly camouflaged GT Folgore prototype, but only in a limited series of studio shots that were somewhat dark and unrevealing.

Now that Maserati has announced that it will take part in the ninth edition of the Formula E electric racing car championship, it also had the GT Folgore in the background of the announcement. It appears to be the exact same lightly camouflaged prototype, but since it is shown outside with lots of natural light, this is definitely our best look at the model to date.

Returning to motorsport with Formula E was a natural choice for Maserati. Indeed, we are driven by our passion and innovation. And we’re happy to share this adventure with a partner that abides by the same values as we do and is looking ahead to the future, just like us.  We share with the ROKiT Venturi Racing team the same determination and desire to compete and win on circuits all over the world 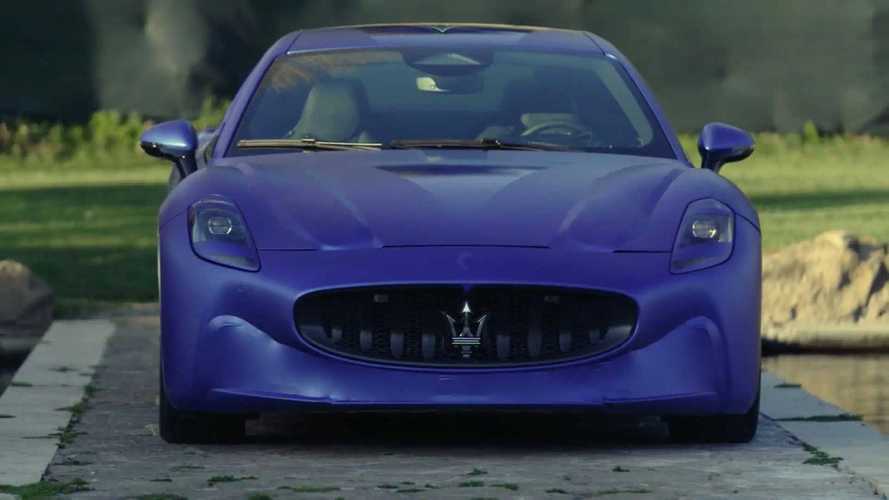 We don’t know if Maserati will change anything major before the vehicle’s debut – probably not – but it may still feature a different front fascia, different headlights, as well as some differences to its rear end. In the front, the bumper’s bottom air intake is covered, as are the three inlets and what we presume is the Folgore logo on each fender.

It also looks like there is something protruding from the top of the C-pillar (as well as on the hood). We don’t know if these features will stay for production – most likely not as they are there just to hide the vehicle’s shape – but it leads us to believe that the vehicle shown for the Formula E debut announcement is probably an actual prototype used for testing.

None of these details will change the fact that the new GranTurismo will be a looker, retaining the classic coke bottle coupe shape of its predecessor, but giving it a modern twist. Once launched, it will definitely become one o the world’s best looking EVs, and one of the very few two-door cars running on electrons.

And it’s won’t be slow either. Initially believed to have somewhere between 600 and 700 horsepower (based on the official position, which is that it will be 50 percent more powerful than the old ICE model) a new rumor suggests it will have a tri-motor setup with over 1,200 horsepower and a sub-3-second 0-62 mph (100 km/h) time, with a top speed speed of 186 mph (300 km/h).