Volkswagen’s second electric sedan (after the China-only e-Lavida launched in 2019), currently known as Aero B, is a new MEB model that is expected to debut either very late this year or in early 2023. It will rival the likes of the Tesla Model 3, the Polestar 2 or the upcoming fully-electric version of the BMW 3 Series, the new i3.

This isn’t the first time our spies have sent us photos of the Aero B, but in this latest batch, the prototype appears to be wearing slightly less and different camouflage than what we’ve seen so far. It still has a fake Passat front end and what appear to be placeholder rear light clusters, as well as fake exhaust ornaments on the lower part of the rear bumper.

From the side, though, the vehicle is fully uncovered and we get to see its final production silhouette, complete with flush door handles and what appear to be production wheels. The strong crease that runs along its side is also visible, as are the very deep sills and the wheelbase that looks quite long for a vehicle this size. 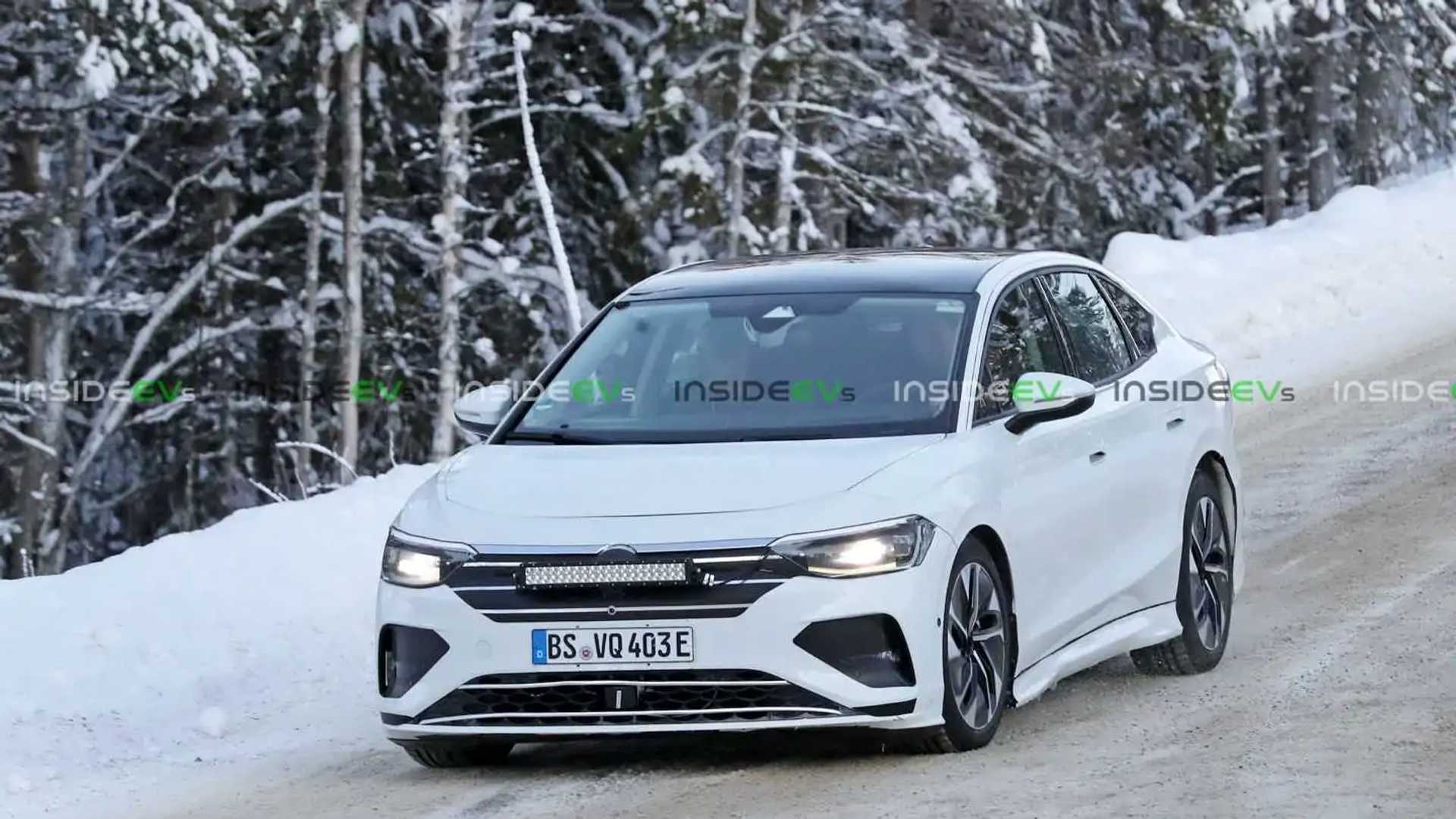 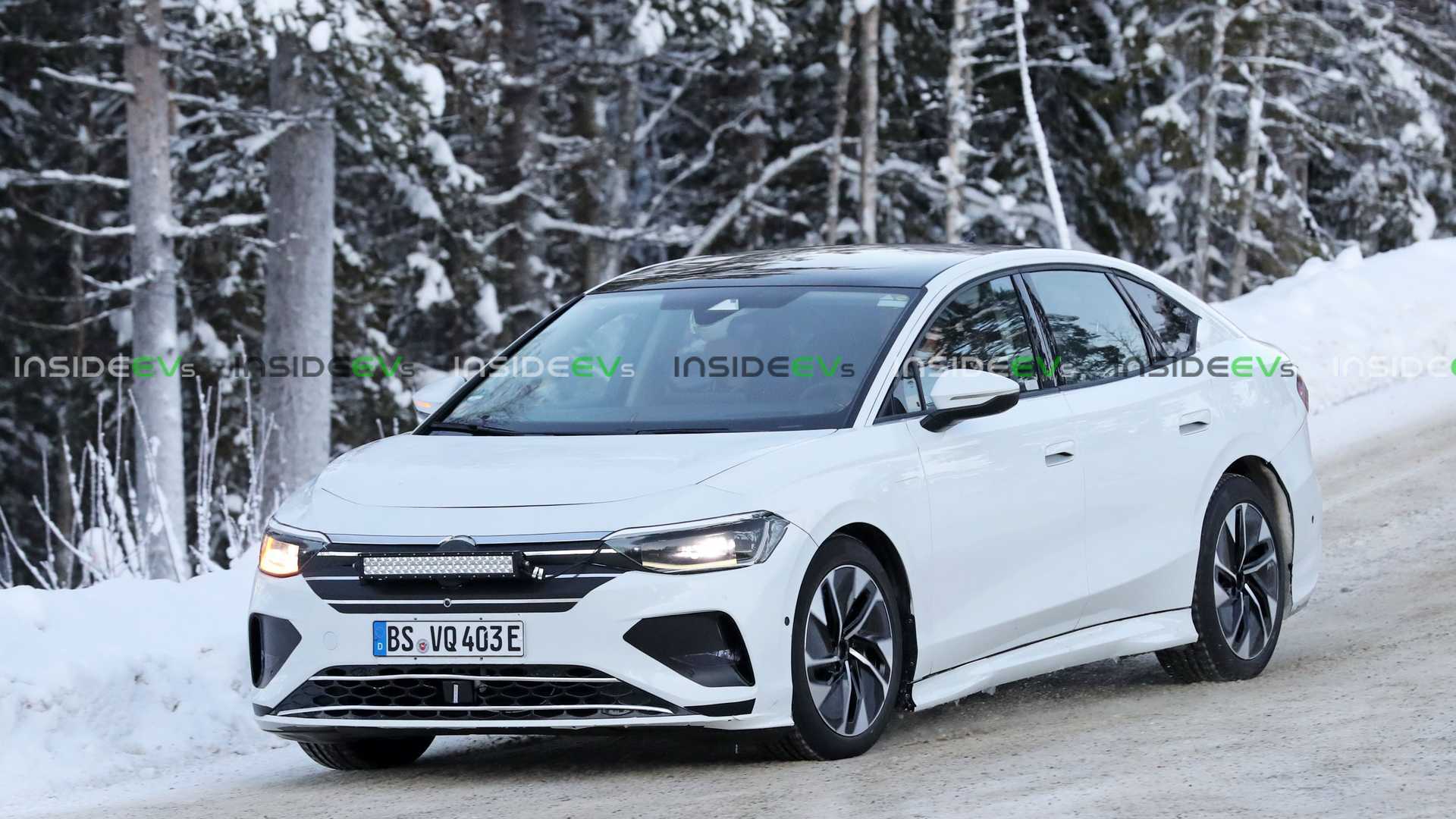 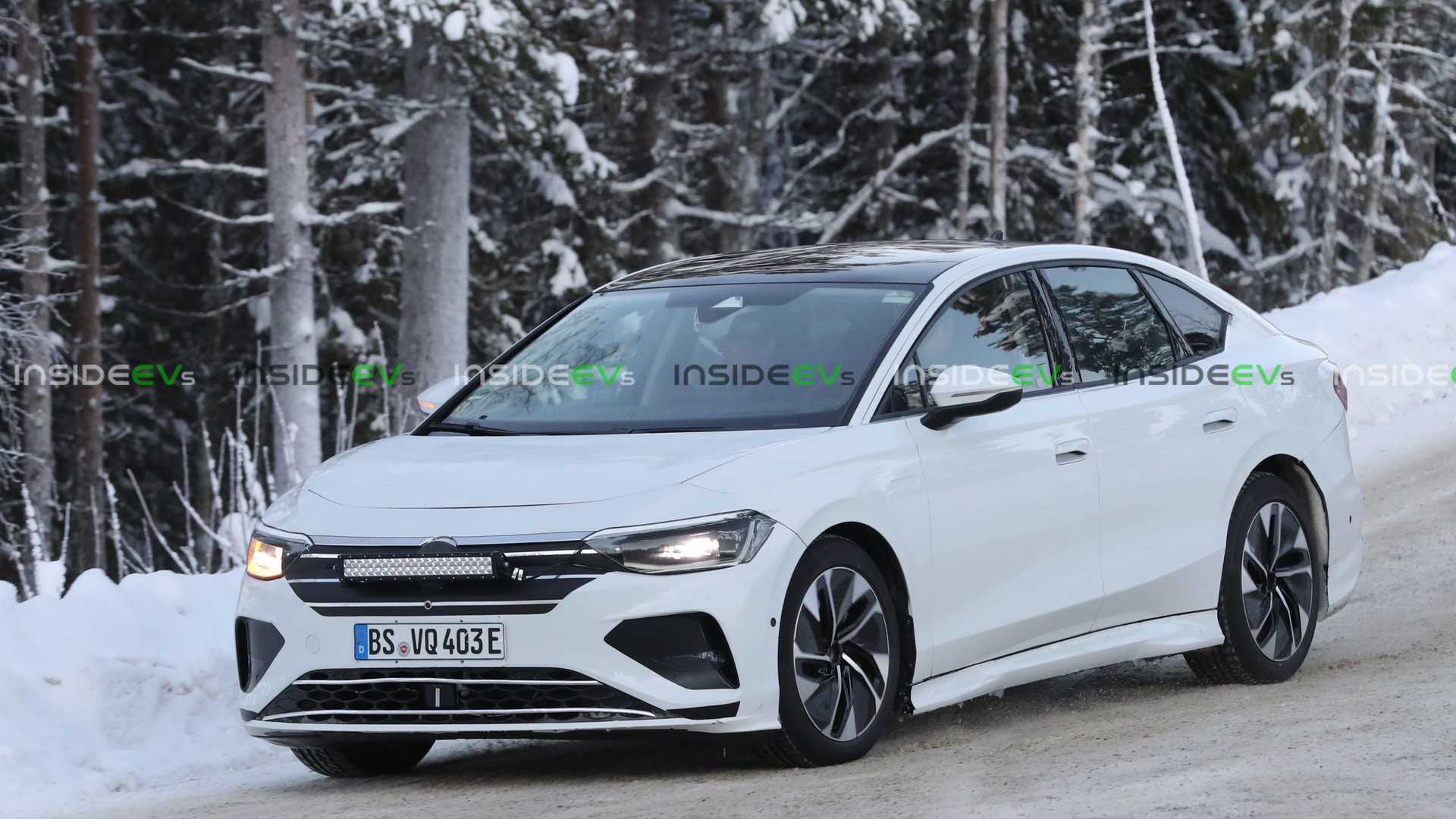 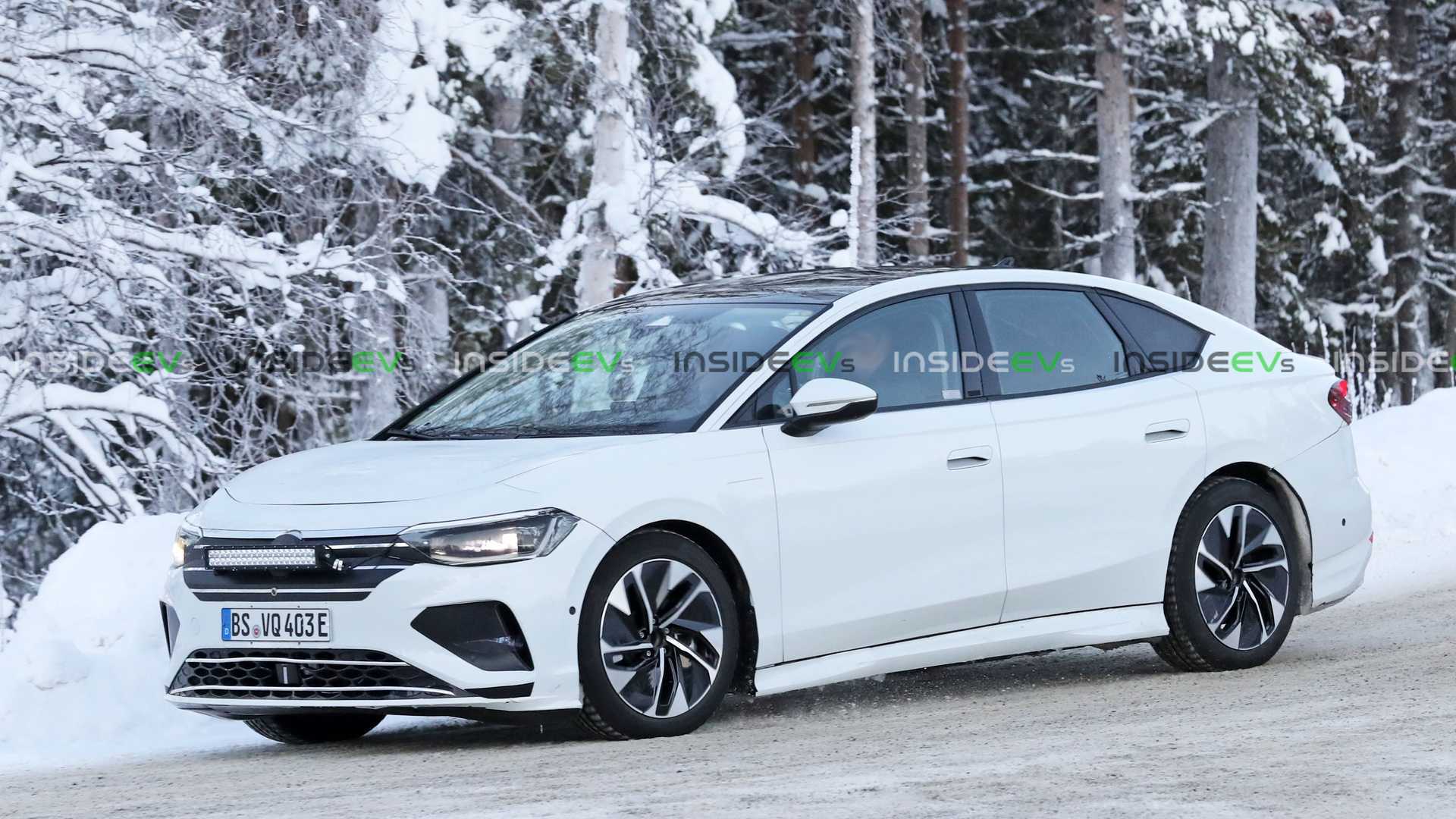 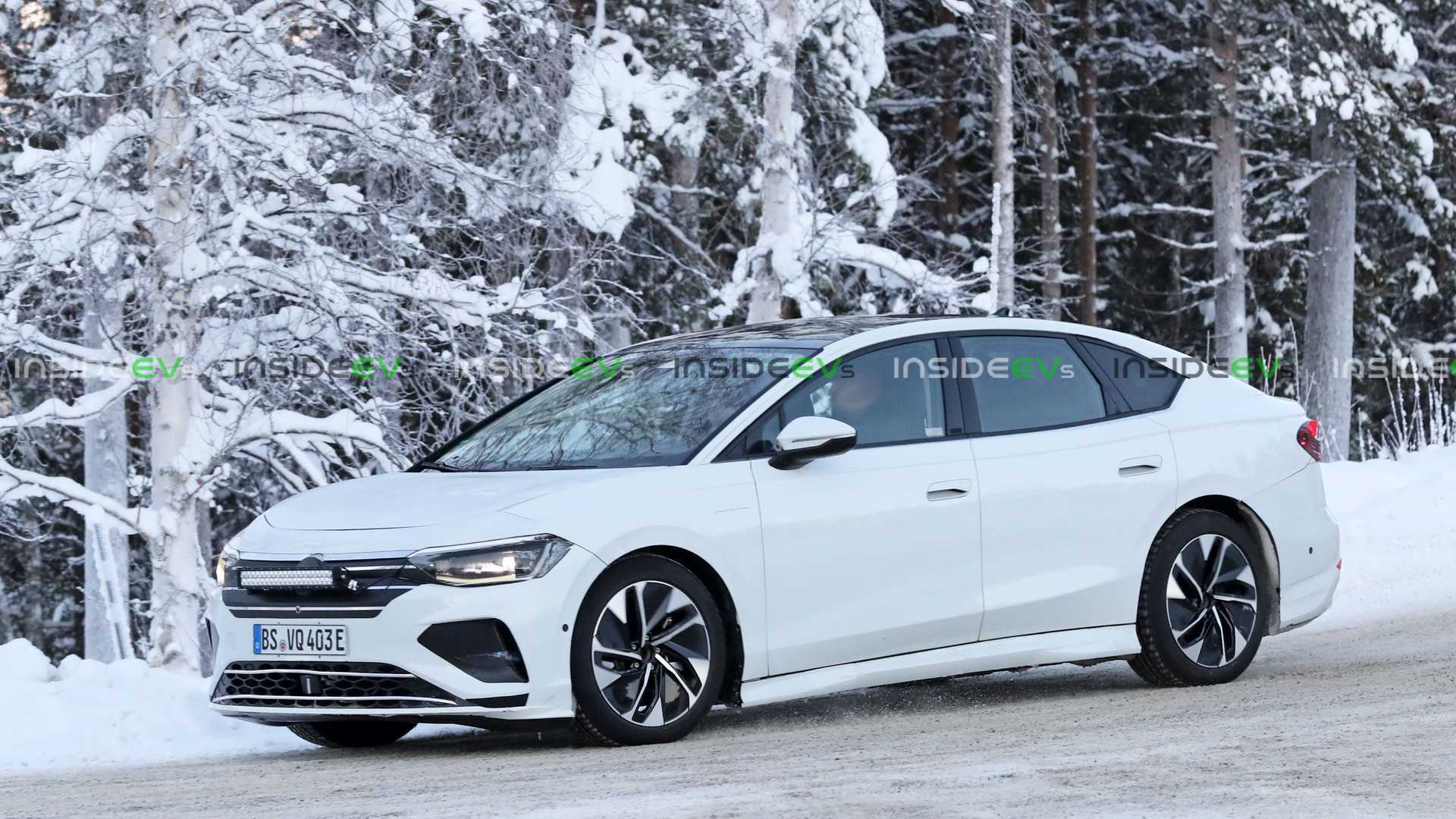 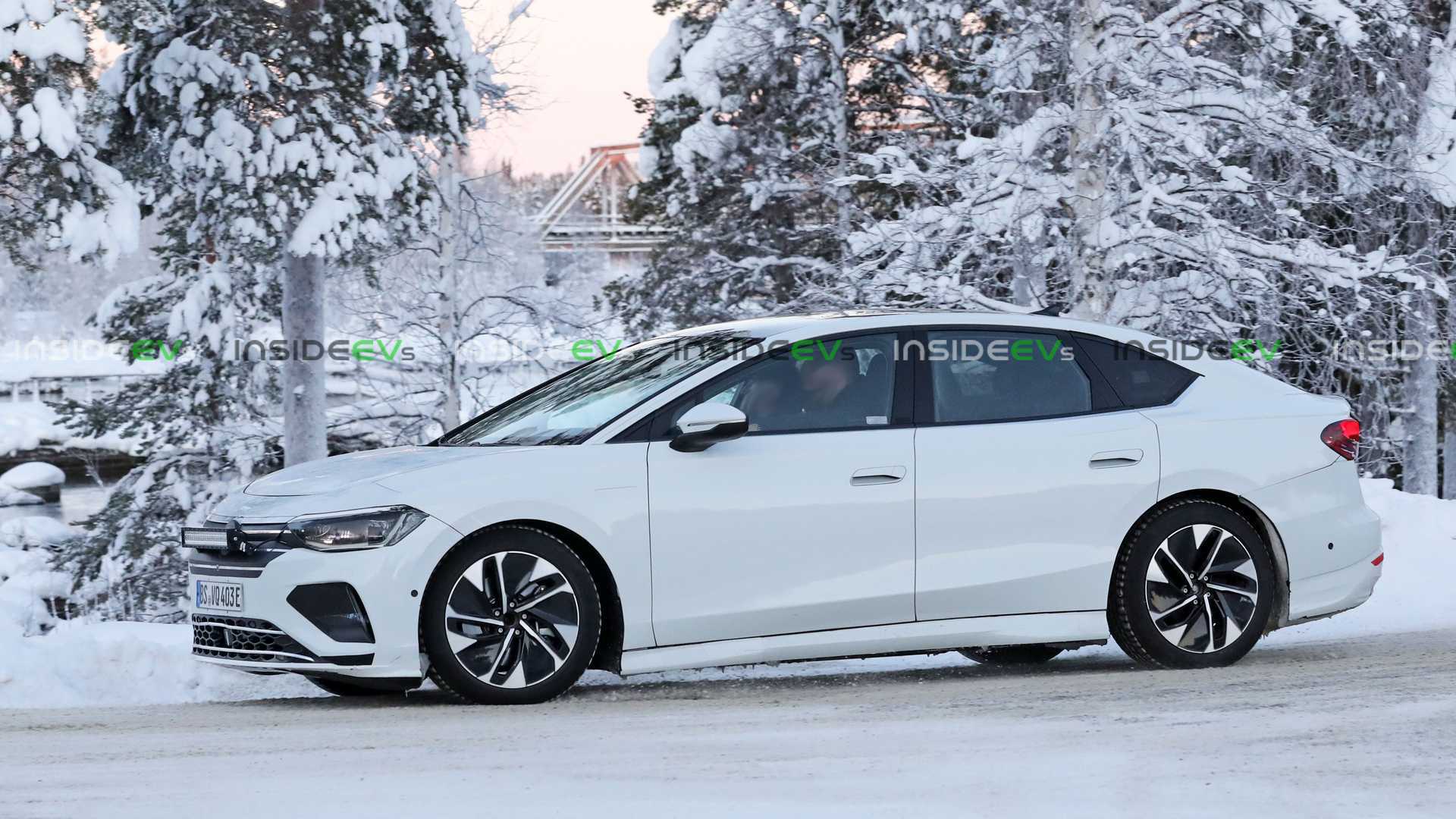 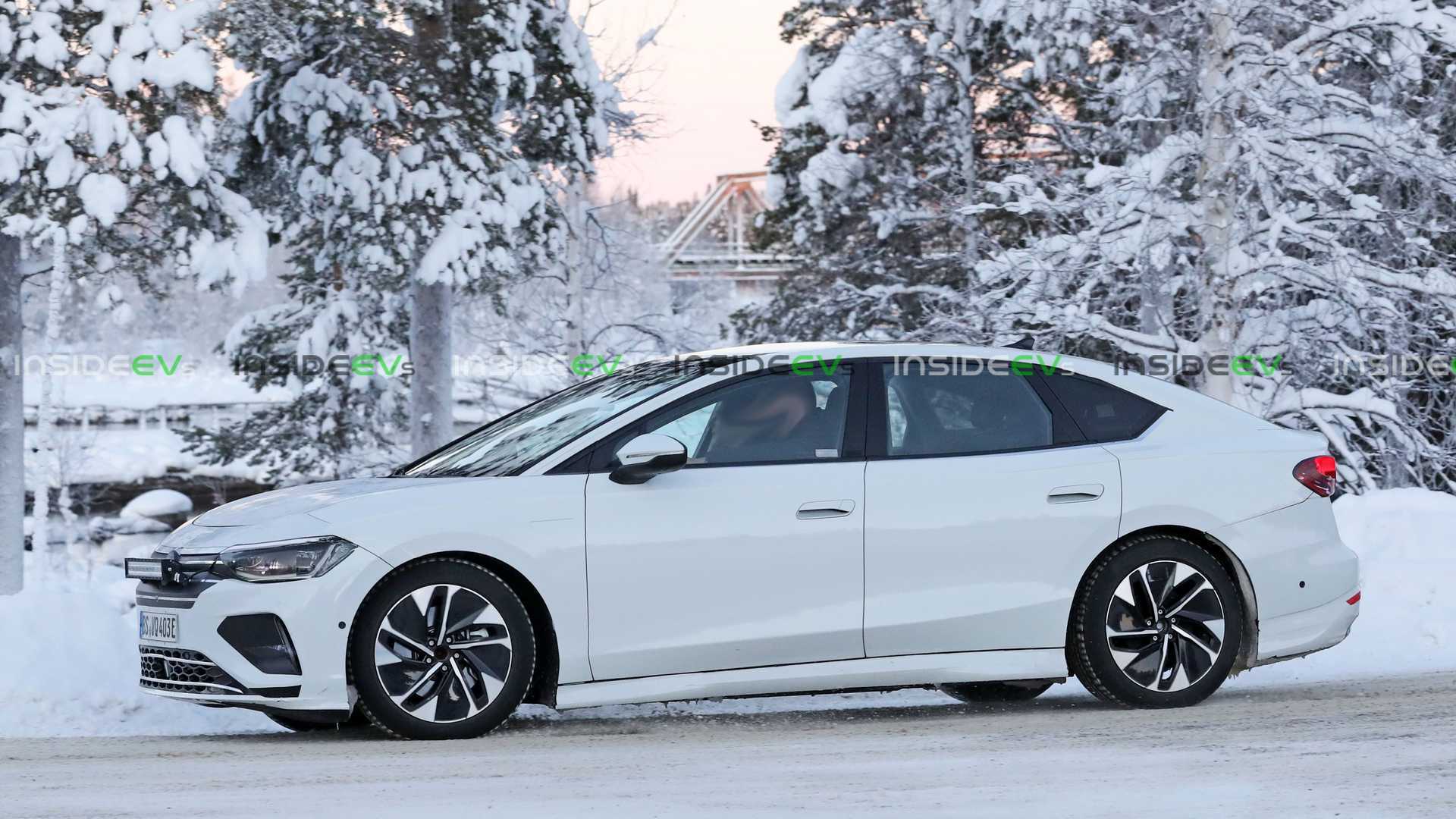 The Aero B will, just like the ID.3, pull off the trick off having room inside comparable to what you might see in a vehicle from the next size class up – it will be a Jetta-sized vehicle offering Passat levels of space (especially when referring to rear legroom levels).

We also noticed that the Aero B sedan may, in fact, not be a sedan. Judging by the short and stubby rear end, as well as noticing what seems to be a liftback hatch, so there’s a strong chance this vehicle will be as much a sedan as the Tesla Model S…