Alfa Romeo team principal Frederic Vasseur believes that Antonio Giovinazzi can take over from Kimi Raikkonen as the lead driver.

After being beaten by Raikkonen in their first two seasons as team-mates, Giovinazzi has started to turn the tables this year, generally looking the stronger of the two and scoring a point more in the first five races.

Vasseur agrees that the Italian has made good progress this season, but isn’t surprised, saying that there were signs of such progress last year.

“Yes, he has clearly taken a step forward, but he was already on this path in the second part of 2020,” he told the Italian branch of Motorsport.com.

“We are seeing his great step in qualifying, only in Imola, he had a problem (with Mazepin) but for the rest, he has always confirmed himself as the best of the team. For us, it is important to have stability, and Antonio is improving in this sense.

“I don’t know if ‘unlucky’ is the right word, but in the first races of this season, we had too many problems that have compromised his possibility to collect points in the overall standings.

“But the pace has always confirmed it, and in perspective, it’s the most important aspect, since there are still many races ahead of us.” 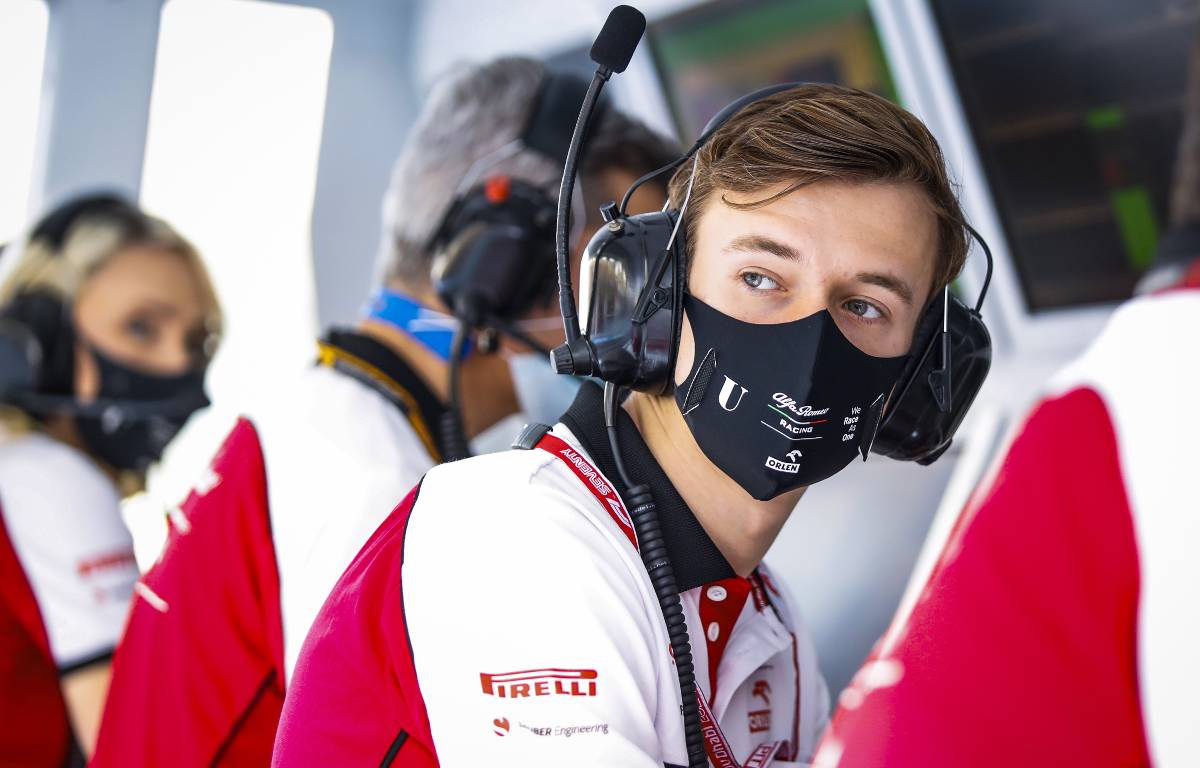 Prior to this season, there was talk that this could be Giovinazzi’s last with the team, with Ferrari opting to give his seat to an academy member, most likely Callum Ilott.

That now looks less likely thanks to his improved performances, and Vasseur could see him become the lead driver once Raikkonen retires, mentoring a younger driver like Ilott rather than being replaced by them.

“I think so, because the feedback we get from Antonio is solid,” he added when asked if the driver could lead the team.

“Probably one of the problems he suffered in the past was wanting to focus on Kimi as a reference. I think the big change was that he decided to focus solely on himself and the work he is capable of doing.

“It’s not an obvious change, because we know that the first reference for any driver is his teammate, but Antonio has changed his approach and we have seen the results.

“Now he has a solid position in the team, and this is also important for the team.”