A new pledge to accelerate the turn to zero emission vehicles by 2040 was signed by a number of countries and automakers at the COP26 climate summit in Glasgow, Scotland, this week, with a number of notable holdouts in both categories, including the United States. The pledge calls for transitioning to sales of ZEV-only new cars and vans by 2040 or earlier—by 2035 in several leading markets.

Just a handful of automakers have signed the non-binding declaration including GM, Ford, Volvo, BYD Auto, Jaguar Land Rover, and Mercedes-Benz, in addition to a few smaller ones, with a total of 33 governments or entities also signing the document. Some notable holdouts included Volkswagen, in the midst of its own transition to electric vehicles, as well as Toyota, Nissan, Honda, Subaru, Hyundai, Kia, and Stellantis.

“As automotive manufacturers, we will work towards reaching 100% zero emission new car and van sales in leading markets by 2035 or earlier, supported by a business strategy that is in line with achieving this ambition, as we help build customer demand,” the declaration states in part.

The United States did not sign the declaration, even though Canada and Mexico did, as did several individual US states including California, Washington, and New York, some of which have already adopted more aggressive timetables (albeit only backed by executive orders). A number of notable holdouts in Europe included Germany, France, Italy, Greece, Portugal, Slovakia, and a few others, while the list of signatories from Eastern Europe, Central and Southeast Asia, South America, Africa, and Oceania was even sparser.

Some individual American cities, however, have signed the declaration, including Atlanta, Ann Arbor, Dallas, Los Angeles, New York City, San Francisco, and Seattle, among others. City-specific measures have proven to be a vital EV promotion mechanism in Europe, with the creation of ZEV zones in city centers. A number of major corporations have also signed the declaration, when it comes to making fleet purchases, with companies like Uber, Siemens, GlaxoSmithKline, and Astra Zeneca signing the document.

“As cities, states, and regional governments, we will work towards converting our owned or leased car and van fleets to zero emission vehicles by 2035 at the latest, as well as putting in place policies that will enable, accelerate, or otherwise incentivize the transition to zero emission vehicles as soon as possible, to the extent possible given our jurisdictional powers,” the declaration states.

Overall, the declaration itself is seen as a relatively tame gesture, committing to “rapidly accelerating the transition to zero emission vehicles to achieve the goals of the Paris Agreement.” And the signatories are only committing to working toward sales of new cars and vans being zero-emission by the year 2040, with no firmer provisions, verifiable incremental steps, or enforcement mechanisms contemplated. 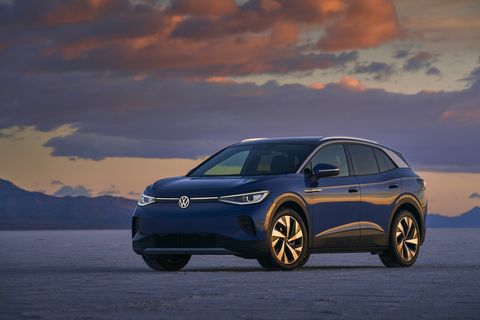 It’s also notable that among the major absences, Volkswagen itself has committed to offering only electric vehicles in Europe by 2035, with an aim to reach 70% of sales by 2030. But the automaker has not made a similar pledge for other regional markets, which are expected to be EV-averse for quite some time. Toyota’s absence is understandable for other reasons: the automaker has long been an EV skeptic, and has lobbied against EV adoption measures even as it is in the process of introducing its first mass-market electric models in the coming months.

Of course, a number of these major automakers sell vehicles in over a hundred countries each, so they have to take EV-averse markets into account when making sales projections for the year 2040.

The absence of China, Russia, and Australia from the list of signatories is understandable as well, each for its own reasons, even as China races ahead in the region when it comes to EV adoption, outpacing Japan. By comparison, EVs in Russia are barely a blip on the radar, and are not expected to be a factor in annual vehicles sales until well past 2050.

On the other hand, one country that did sign the declaration despite a fairly low EV adoption rate and policy measures is India.

Germany’s absence from the list is perhaps the major surprise, despite some recent moves by the country to promote EVs on an individual city level, amid a surge in EV adoption over the past two years.

If anything, it’s clear that analogous forward-looking commitments will continue to be adopted at the level of smaller regions and municipalities, rather than individual countries and automakers, which has been a recurring theme for the past five years and will continue to be backed up by more local rather than national enforcement mechanisms.

Should the US have signed the declaration, or are there good reasons not to adopt it? Let us know in the comments below.