Ah, the art of rolling coal, not only to “look so cool” among friends, but also to put all those green-friendly Teslas and tree-hugging owners in their place. This may be the first Tesla to ever roll coal in the history of the planet.

While there are certainly some folks out there who would (and have) put a gas or diesel engine in a Tesla, and/or make sure the car could truly emit tailpipe emissions or roll coal, that’s not exactly the case here. However, the project is a ton of fun to watch, and the Model 3 truly does appear to pollute the planet and “roll coal.”

Disclaimer: The acts in the video above were performed by “professionals.” No real coal was rolled in the making of this video or the demonstrations shown.

Jokes aside, the video takes us through the entire Tesla Model 3 coal-rolling project, and it’s definitely pretty neat. YouTube channel TopLineRacer hopes to one day diesel-swap a Tesla, but they don’t do it in this video. However, there’s a chance it’s coming in the future. We strongly advise against such a project, though we think this “coal-rolling” Tesla is all in good fun.

The guys get ahold of some smoke bombs, as well as a real exhaust tip, which they need to figure out how to mount to the Model 3. The underbody of the car is pretty streamlined, so there aren’t many areas to attach the pipe. However, they’re able to connect it to the back of the Tesla. They shove a smoke bomb in the pipe, which makes it seem as though the Model 3 is pumping out dirty diesel exhaust. 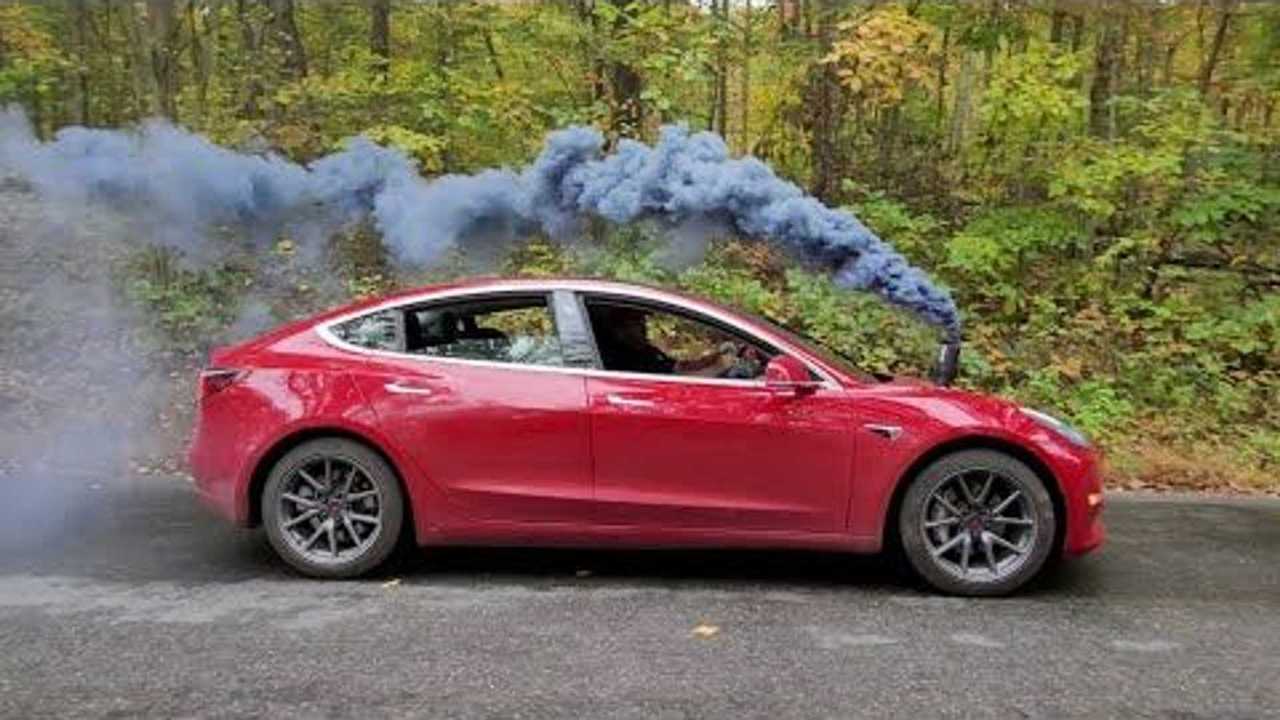 That said, they graduate to putting a hood stack on the Model 3, which is much more representative of true coal-rolling trucks. You really have to see it to believe it.

As always, check out the video above. Then, scroll down to our comment section and leave us your takeaways. Did you chuckle? Did this upset you? We’d love to know your reaction.