As lightweight electric vehicles (LEVs) continue to demonstrate their value as urban commuters, more and more people are making the shift to electric. During hectic rush hours, LEVs like e-bikes and e-scooters are more accessible and handy, letting you move across the city more quickly than you would in a car or in public transportation. Fortunately, the e-bike industry has expanded in recent years, making e-bikes more accessible than ever.

That is precisely what Samebike’s MIX10 e-bike has to offer, and it does it in a stylish and affordable manner. Chinese e-bike manufacturer Samebike prioritizes simplicity and cost. Although its newest MIX10 may appear to be lacking in contemporary conveniences, its sub-$1,000 price tag more than makes up for that. 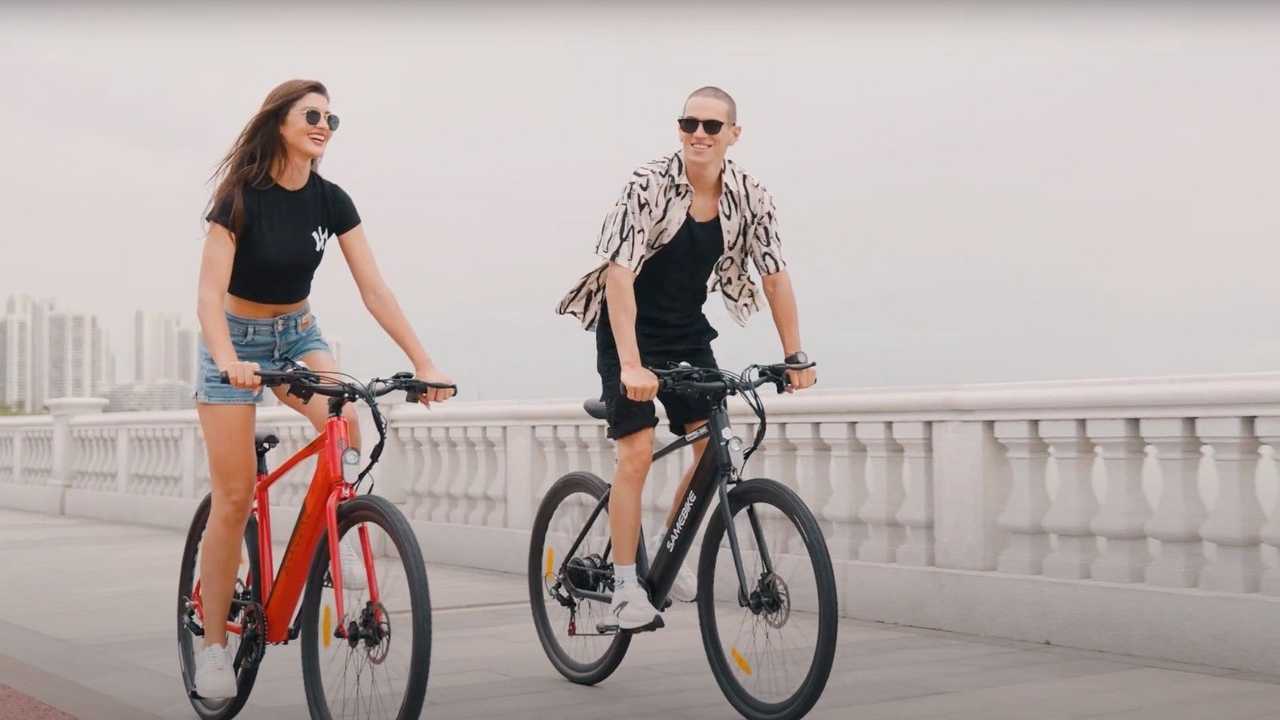 The Samebike MIX10 is offered in six colors: Flaming Red, Vivid Green, Calm Blue, Elite White, Minimalist Gray, and Prestigious Black. It has a generally simple, sleek, and modern appearance. It sports 700x45c Kenda tires, mechanical disc brakes, and an aluminum frame, keeping costs low and reliability high. It also has a seven-speed Shimano drivetrain so that pedaling and the electric motor may work together seamlessly. Overall, weighing in at 20.5 kilograms, the MIX10 isn’t exactly the lightest e-bike available, but again, it’s priced at a fraction of the cost of other e-bikes in the market.

From a performance standpoint, we’re looking at a 350W brushless motor with a five-level pedal-assist. According to Samebike, the MIX10 is capable of climbing hills of up to 25-degrees in gradient. While no top speed figures are provided, the manufacturer claims that the bike can travel as far as 60 miles on a single charge, thanks to its lithium-ion battery pack. Furthermore, the e-bike has a specialized app that gives users vital navigational data and riding statistics.

Pre-orders for the Samebike MIX10 urban commuter may be made right now for the discounted price of $889. The company offers shipping to the United States, Canada, Europe, and the United Kingdom; the expected time for delivery is less than a month. Overall, the MIX10 offers itself as a strong alternative for either e-bike-curious folks who aren’t quite ready to spend a significant amount of money on a new, stylish e-bike, or those wishing to obtain an economical e-bike for daily commuting duties.