Andreas Seidl fears there is a “risk” Lando Norris could be hit with a one-race ban, with Stoffel Vandoorne “first choice” to replace the McLaren driver if that happens.

Norris was one of several drivers penalised during the second race at the Red Bull Ring, the Austrian GP, the McLaren driver deemed to have run Sergio Perez off the track at Turn 4 as they battled for second place early in the grand prix.

Norris was given a five-second time penalty before also being hit with two penalty points.

That brought his tally up to 10, although he will lose two of those at the British Grand Prix weekend as penalty points are counted over a rolling 12-month period.

But even down to eight in a few days, McLaren team boss Seidl fears his driver is skating on thin ice.

“It is not reassuring. There is a fundamental risk,” he said in an interview with RTL. 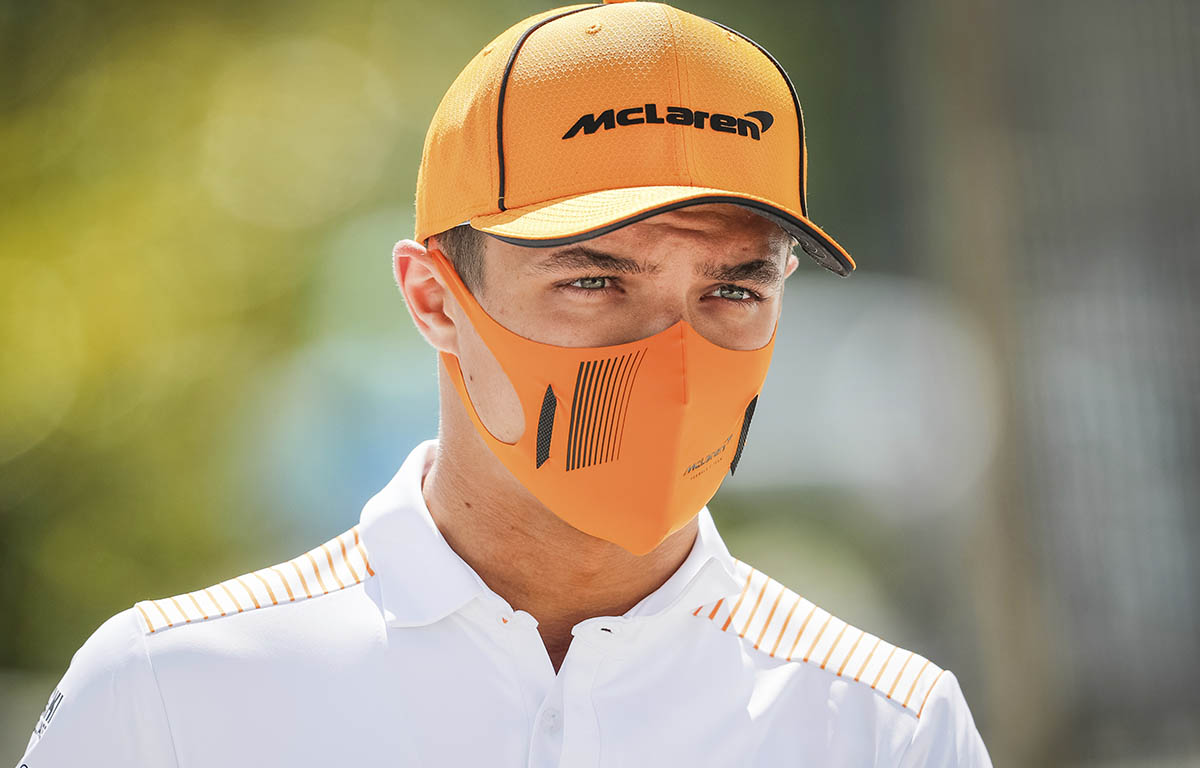 Get the Lando Norris look with the official Formula 1 store

Norris has been McLaren’s star driver this season, taking three podiums on his way to fourth place in the Drivers’ Championship.

With 101 points on the board, the Briton impressively sits nine points ahead of Mercedes’ Valtteri Bottas.

As such, Seidl has urged his driver to continue giving “maximum performance” but without doing anything “too crazy”.

Seidl added: “I think we all agree that in an incident like with Checo it is not in the interests of Formula 1 and sport if a driver is suspended for a race because of such an incident.”

Adding that the penalty points system is there for a reason, he continued “but not for incidents like on Sunday.

“We will discuss that in the next meetings with teams and Formula 1, and drivers will also bring it up safely.”

As for who would step in if Norris were to be banned, Seidl said McLaren “have an agreement with Mercedes regarding their reserve drivers”, with his “first choice” being former McLaren driver Stoffel Vandoorne.

Vandoorne raced for McLaren in 2016 and 2017, bagging seven top-10 results and 25 points. He now races with Mercedes in Formula E.