In my job as wise and fair Chief Justice of the 24 Hours of Lemons Supreme Court, I see engine blocks with nasty, ugly holes punched by errant connecting rods. Many thrown rods, sometimes dangling from a half-dozen nuked engines per race.

Street car engines mostly don’t blow up in such spectacular fashion, perhaps because they don’t slosh all the oil to one side of the pan while being flogged to 8500 rpm by red-misty drivers, and so I don’t see many junkyard cars with oil pans resembling cheese graters and/or rods peeking out from jaggedy holes in engine blocks. Last month, though, I managed to spot a Mini Cooper S that left the world of living automobiles in spectacular explodey fashion. 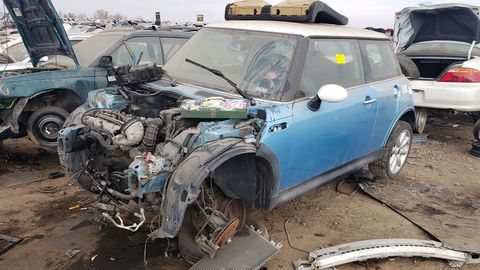 Some junkyard shopper wanted the supercharger and related hardware from this car, plus some front body components, so the side of the transverse-mounted engine’s block could be seen as I passed by with my trusty S-K junkyard toolbox. I see plenty of these cars in such places, usually with reasonably straight bodies, and I always wonder what costly mechanical problem sent them to their doom. Not with this one! 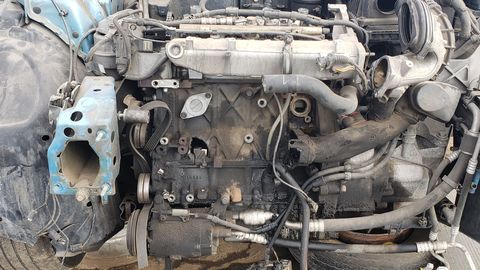 The No. 1 connecting rod let go and began whacking around inside the block at the rate of about 100 times per second, which is always exciting for the occupants of the afflicted vehicle. Most of the time you’ll get a big cloud of smoke and steam billowing out of the car, maybe even a dramatic fireball as vaporized oil combusts, and then there’s the trail of broken metal and hot fluids as the car clanks to a stop. Game over, man. Game over!