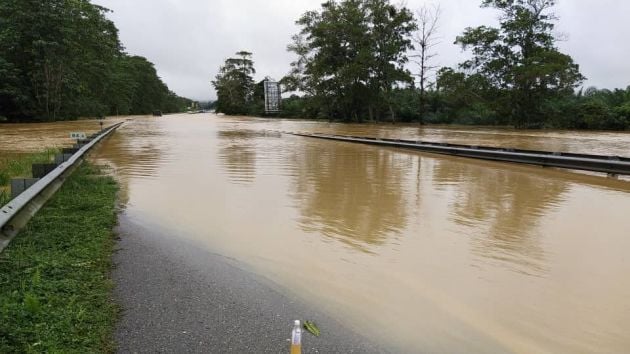 The unprecedented heavy, non-stop rain that hit the country over the weekend caused many areas and roads to be inundated, with many roads and highways impassable to traffic. Shah Alam and Klang are among the worst hit areas, and the NKVE Shah Alam toll plaza and interchange has been closed due to high water levels (filepic from other areas shown).

It’s now open. PLUS announced on Twitter at 8.19am this morning that the highway is “dibuka seperti biasa”, in reply to an earlier tweet that announced flash floods on the Elite Highway and the full closure of the Shah Alam toll plaza.

A press release that just came in said that “as soon as water levels receded, PLUS immediately carried out cleaning, removal of stranded vehicles, thorough inspection and repair works on highway assets as well as damaged toll equipment due to flood waters.”

“The affected routes have now been opened in stages. However, we advise our customers to remain vigilant and adhere to warning signs as there are still some parts of the road that are still flood waters.” advised PLUS COO Datuk Zakaria Ahmad Zabidi.

Meanwhile in Kuala Lumpur, most flood affected roads are now clear, but there are several routes that are still not passable to traffic. According to KL police traffic enforcement and investigation department (JSPT), the Dataran Merdeka area is still closed for Alam Flora to carry out cleaning works.

The update, which is as of 4am this morning, also says that the Smart Tunnel is closed in both directions. On Jalan Tuanku Abdul Halim (Jalan Duta), the section where the exit to the palace is at is closed for road repair. As with yesterday, northbound vehicles will be directed to Jalan Semantan and the Sprint Highway. Those heading to the PLUS/NKVE from KL/KL Sentral, take note of this detour.

While most roads are now opened, be on the look out for fresh potholes and debris. Drive safe.