Nissan’s ties to the United Kingdom and specifically its Sunderland plant have, as with all things in these trying times, taken a turn for the Brexit-y. Used as a negotiation and political pawn, a £1 billion ($1.3 billion) investment promised to turn the plant in the north of England into an electrification hub as a proud brag for Brexiteers who say it shows real hope. Still, it politely ignores the rest of the U.K. auto industry falling into serious problems.

Never mind that, though, because politicking looks set to ruin enough joy here on Plague Island, and my god we need some good news. This is why I have decided to adopt this restomod Nissan Bluebird, built for Sunderland’s 35th anniversary and styled as the Newbird, as my son. I love him and I would die for him. The Bluebird was the first car ever off the production line in Sunderland in 1986, which is why it was picked for this project. Local conversion specialists Kinghorn Electric Vehicles did the actual job, extensively modifying the Bluebird to fit it with a Nissan Leaf powertrain and make the gorgeous, ’80s box of my dreams.

The Bluebird wasn’t a performance car by any of today’s standards but for a mid-’80s rectangle, its 2.0-liter, four-cylinder engine thrummed out 81 horsepower and could get just north of 100 miles per hour, presumably on a very long strip of runway. As you might expect, the combustion engine was taken out completely for this conversion, as was the gearbox, and replaced with a Leaf motor. Forty kilowatt-hours of batteries were installed, some in the front engine bay and some in the trunk, to try and give the car some sense of weight distribution. It now charges via its original fuel intake. 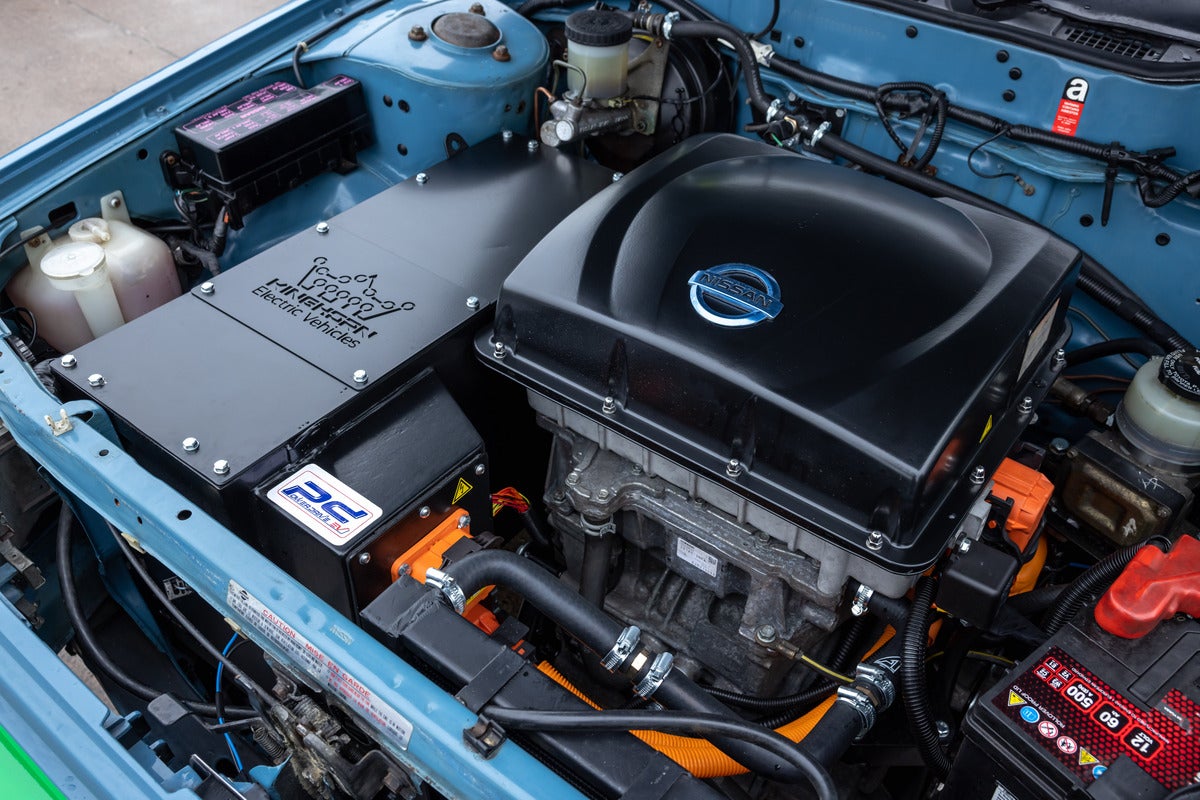 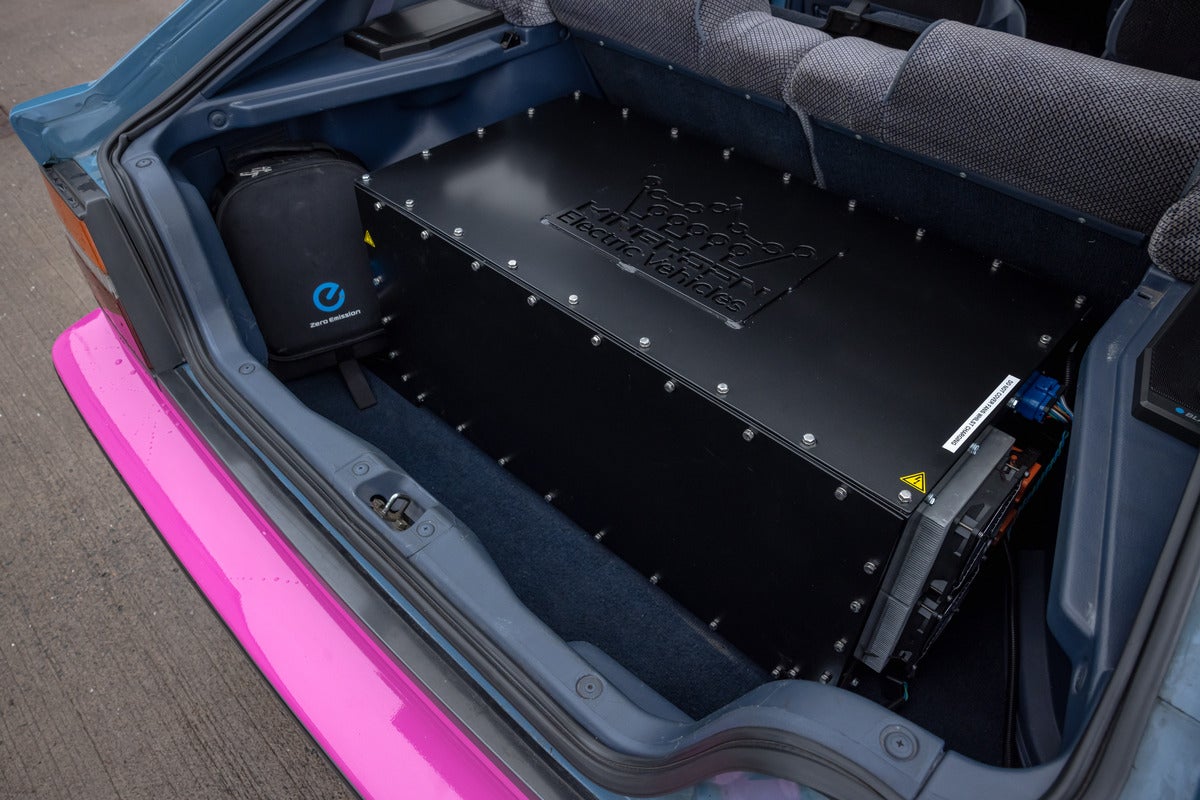 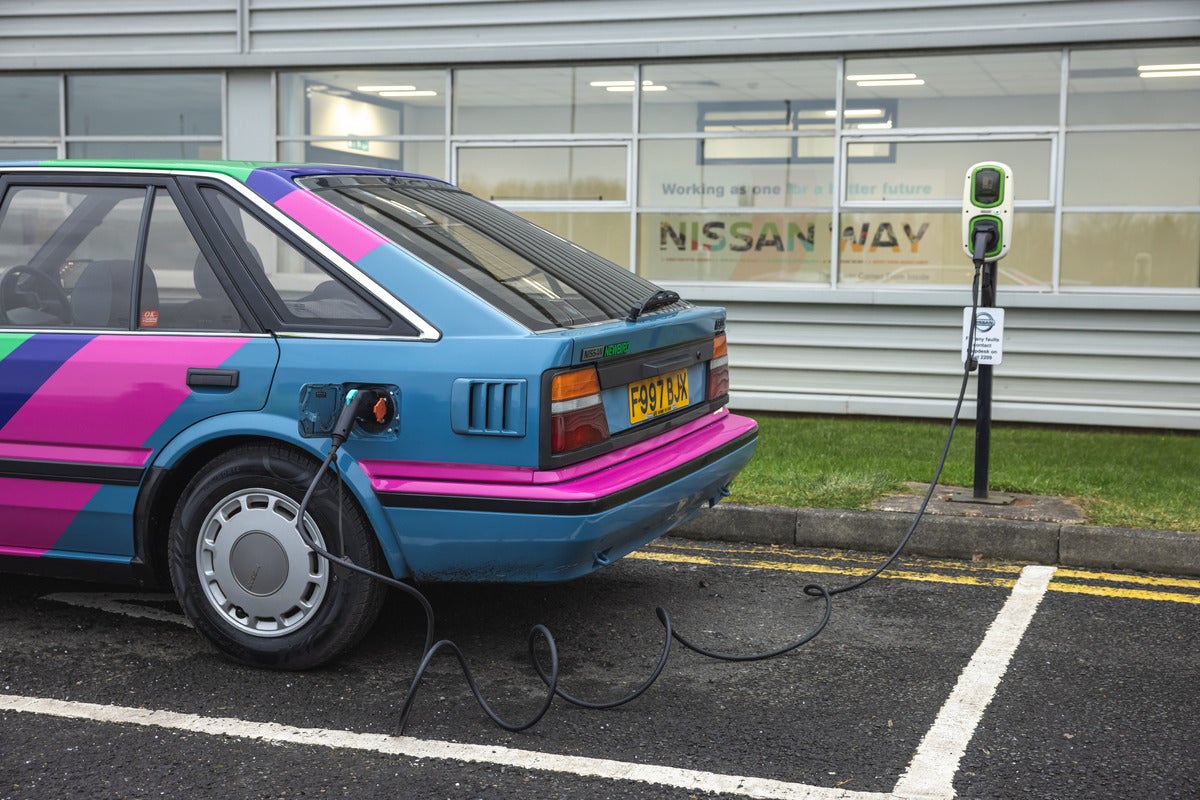 It’s not got rapid charging, at an extremely modest wall-socket level 6.6kW, but the car should, Nissan and Kinghorn reckon, have a range somewhere around 130 miles provided you’re not hooning it. They’re also estimating zero to 62 miles per hour as somewhere just shy of 15 seconds.

What’s super cute and I absolutely adore is that the original instrument panel’s been hooked up to the electronic control unit for the battery and powertrain, so the original fuel meter shows how much juice you’ve got left still. 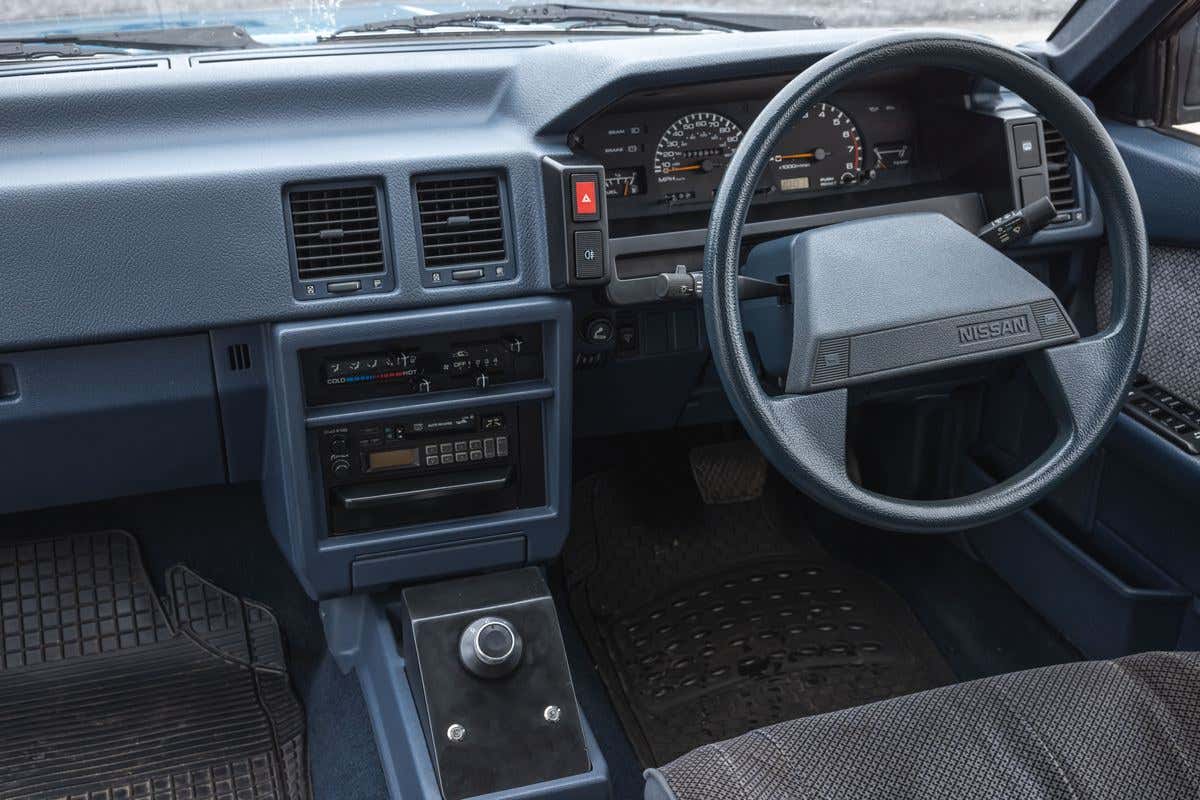 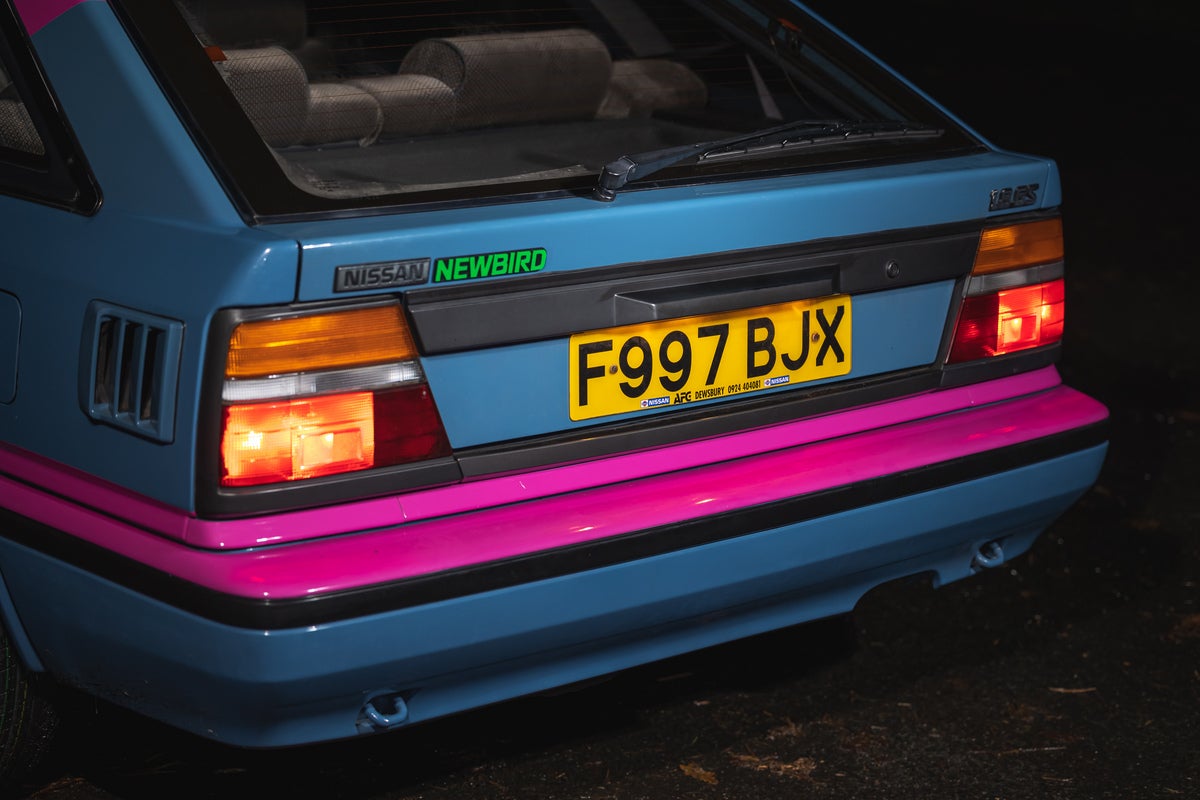 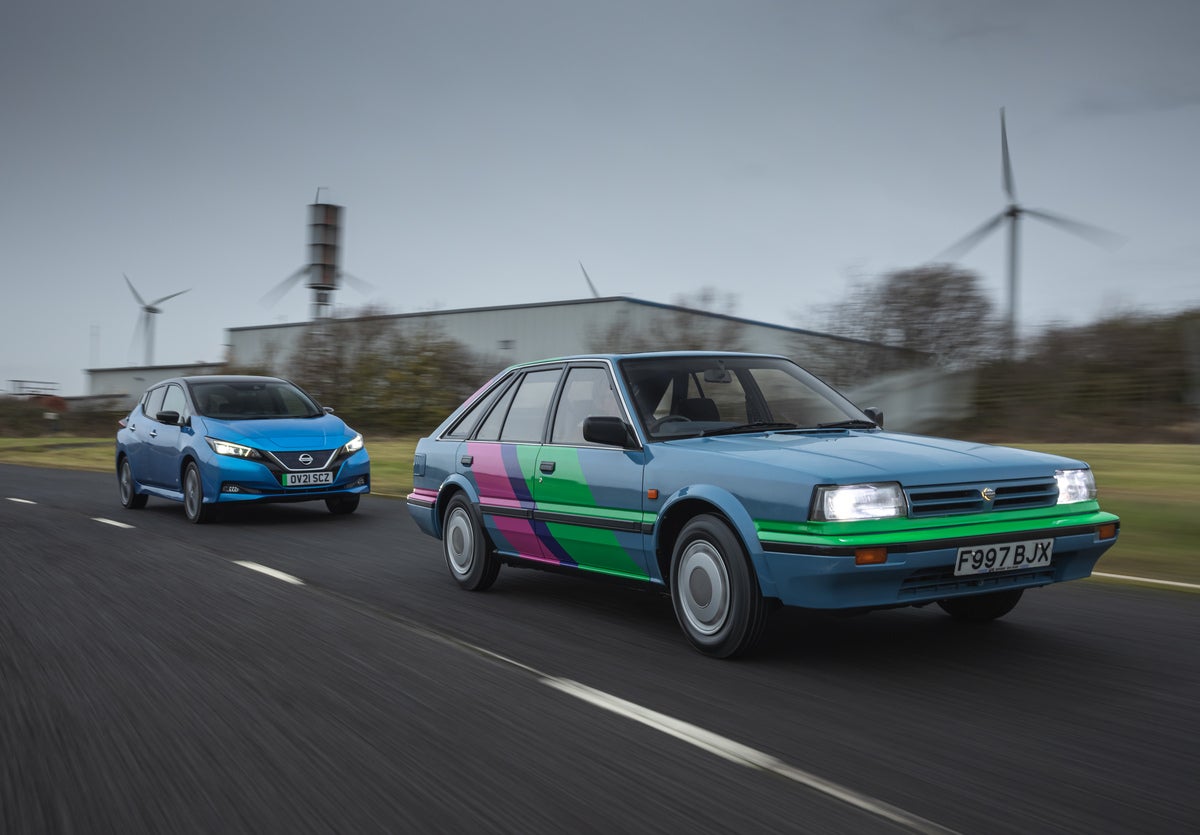 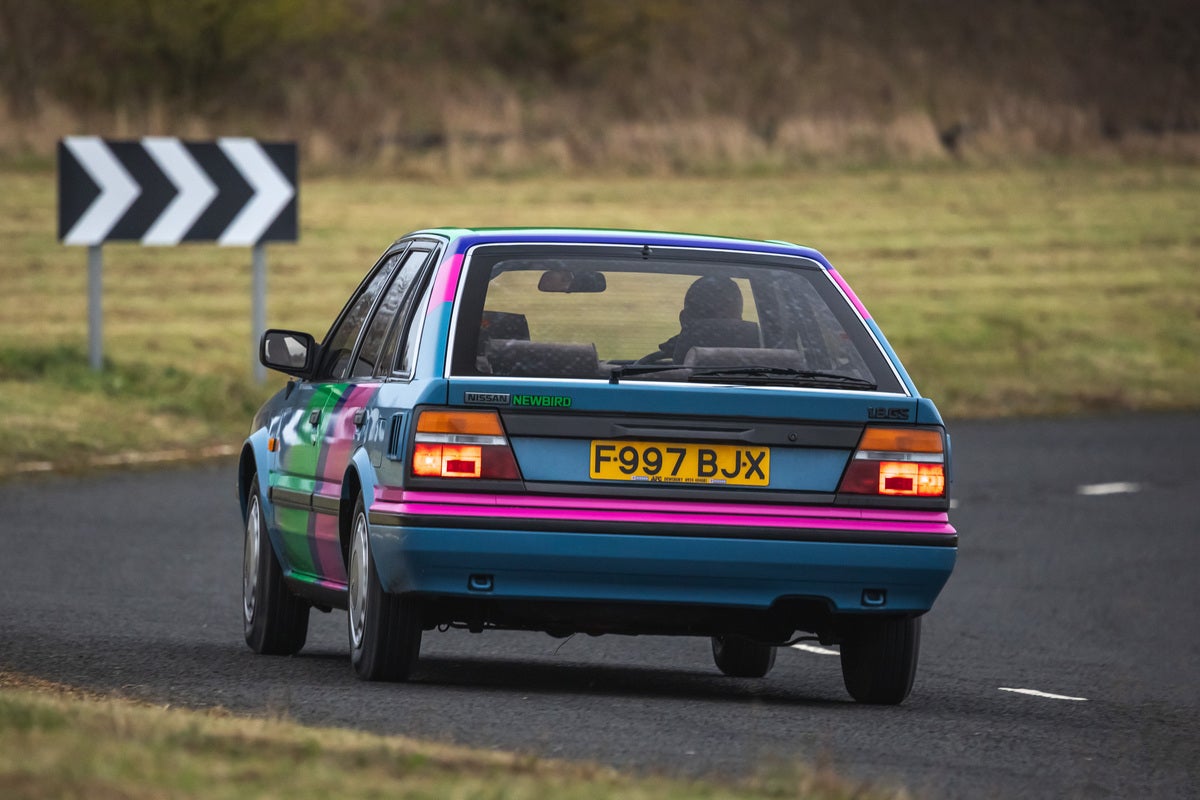 The brightly colored paint job is inspired by 1980s fashion and was come up with by Nissan Design Europe. Anyone my age or who happens to have read European language textbooks during the 1990s can attest that this was, indeed, a really rad scheme to have a jacket in, so long as you didn’t stand too close to a naked flame. Another benefit of converting to all-electric—let me go grab my hair spray and my Cyndi Lauper tape.

Got a story tip? Mail it in on [email protected]