This isn’t the first time we’ve seen a 992-generation Porsche 911 GT3 RS prototype, but we remember every encounter thanks to that larger-than-life rear wing. The latest spy shots offer a very clear look at the active spoiler, among other things.

This particular prototype is still wearing quite a bit of camouflage, though you might not realize it at a glance. Black panels hide details on front and rear fenders, not to mention both fascias. At least, the panels try to hide things – air extractors on the front fenders are easily spotted, and the aggressive hood vents are now uncovered for all to see. We believe there are more vents hiding beneath the covers at the back, and we’re always amused to see Porsche covering its badges with tape. Because you know, this could be a new Toyota RAV4. 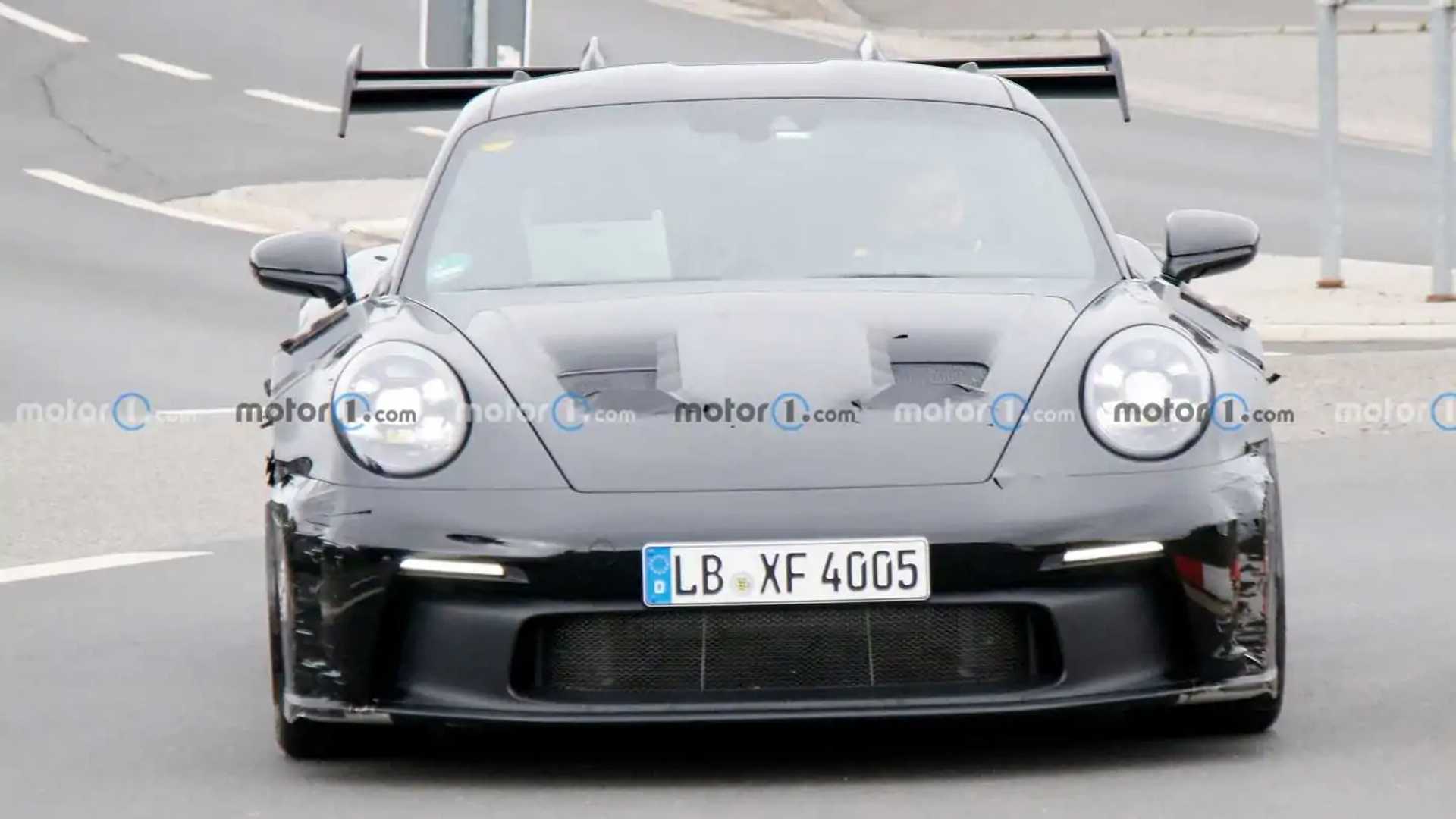 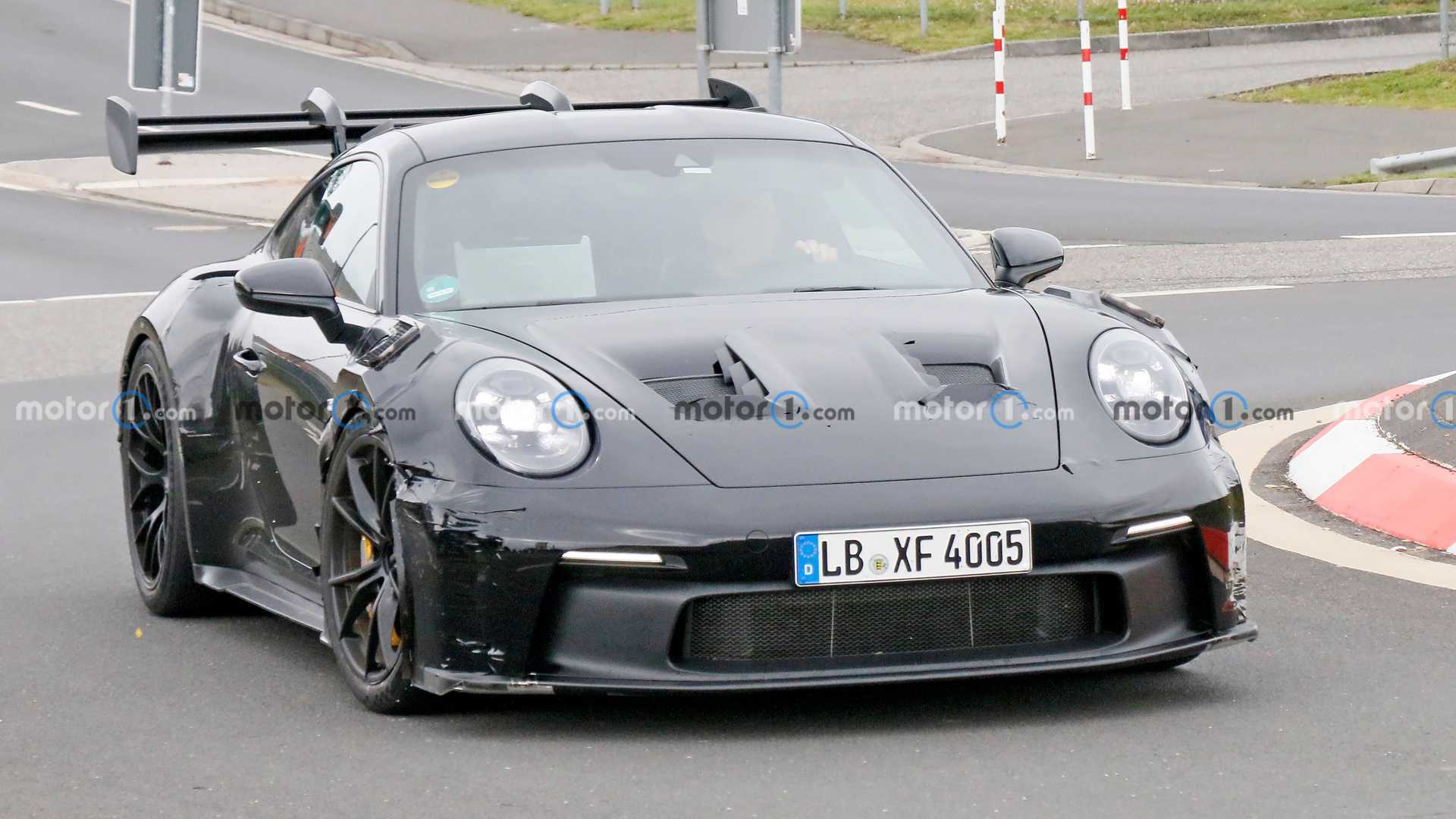 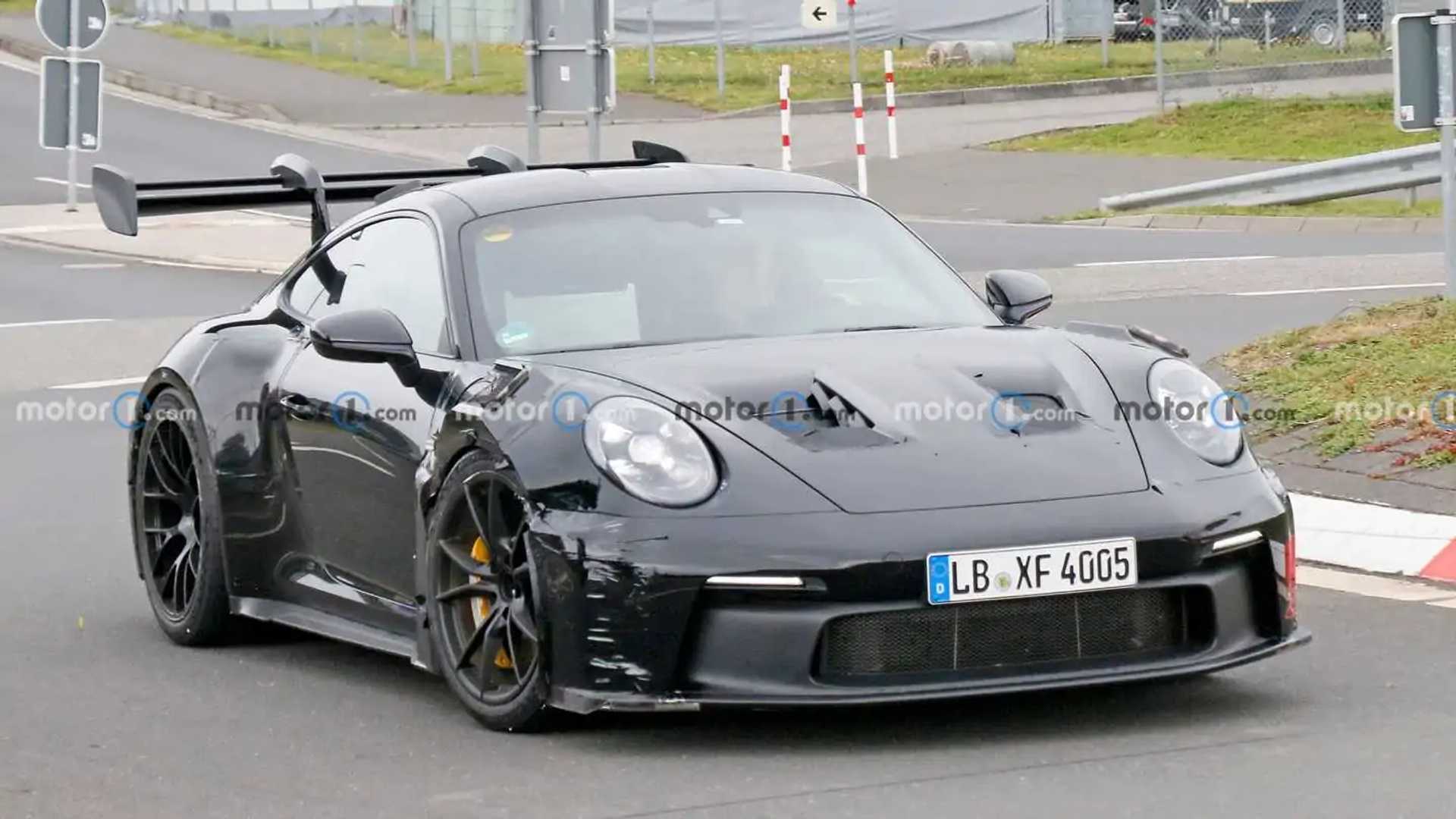 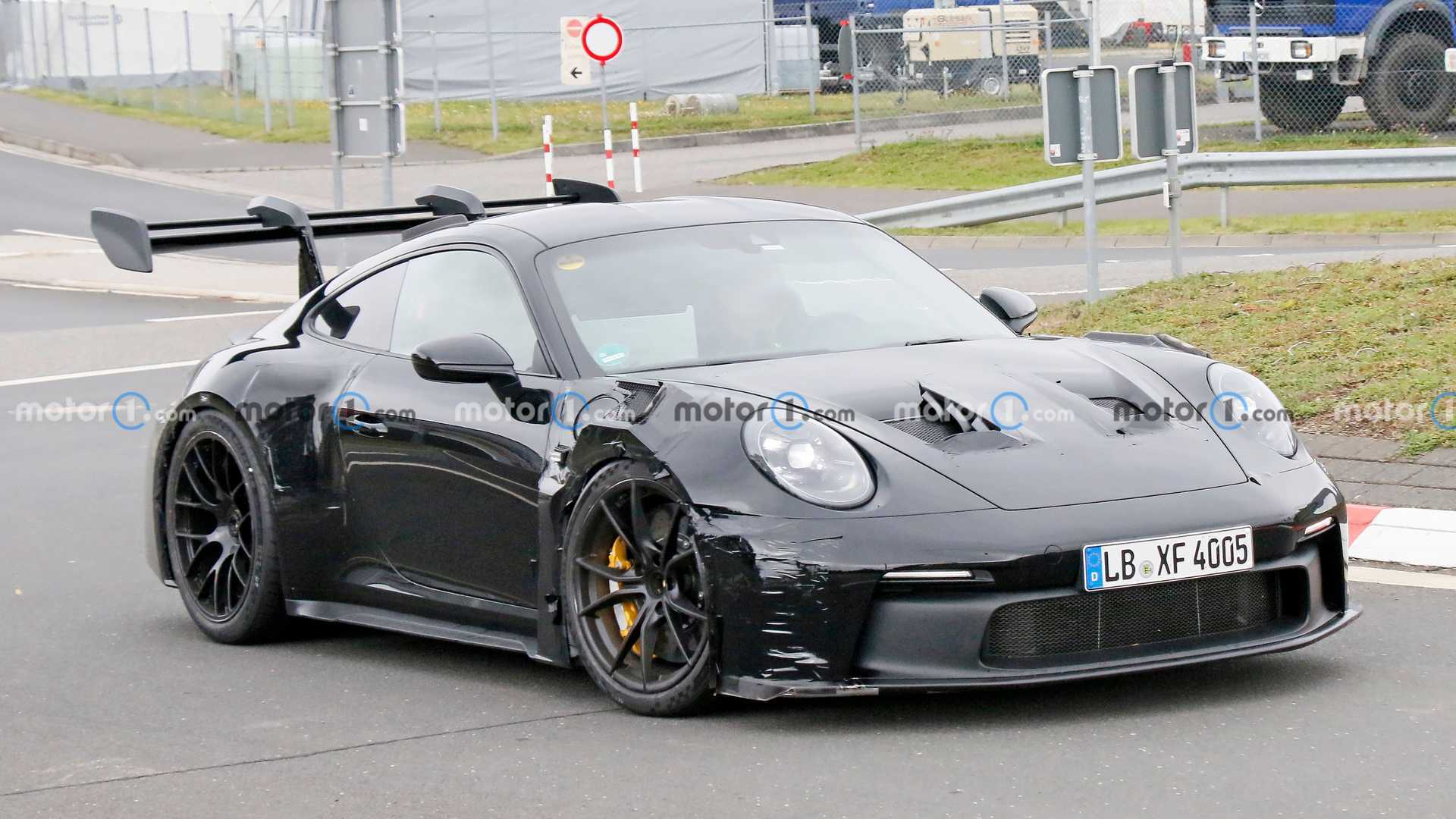 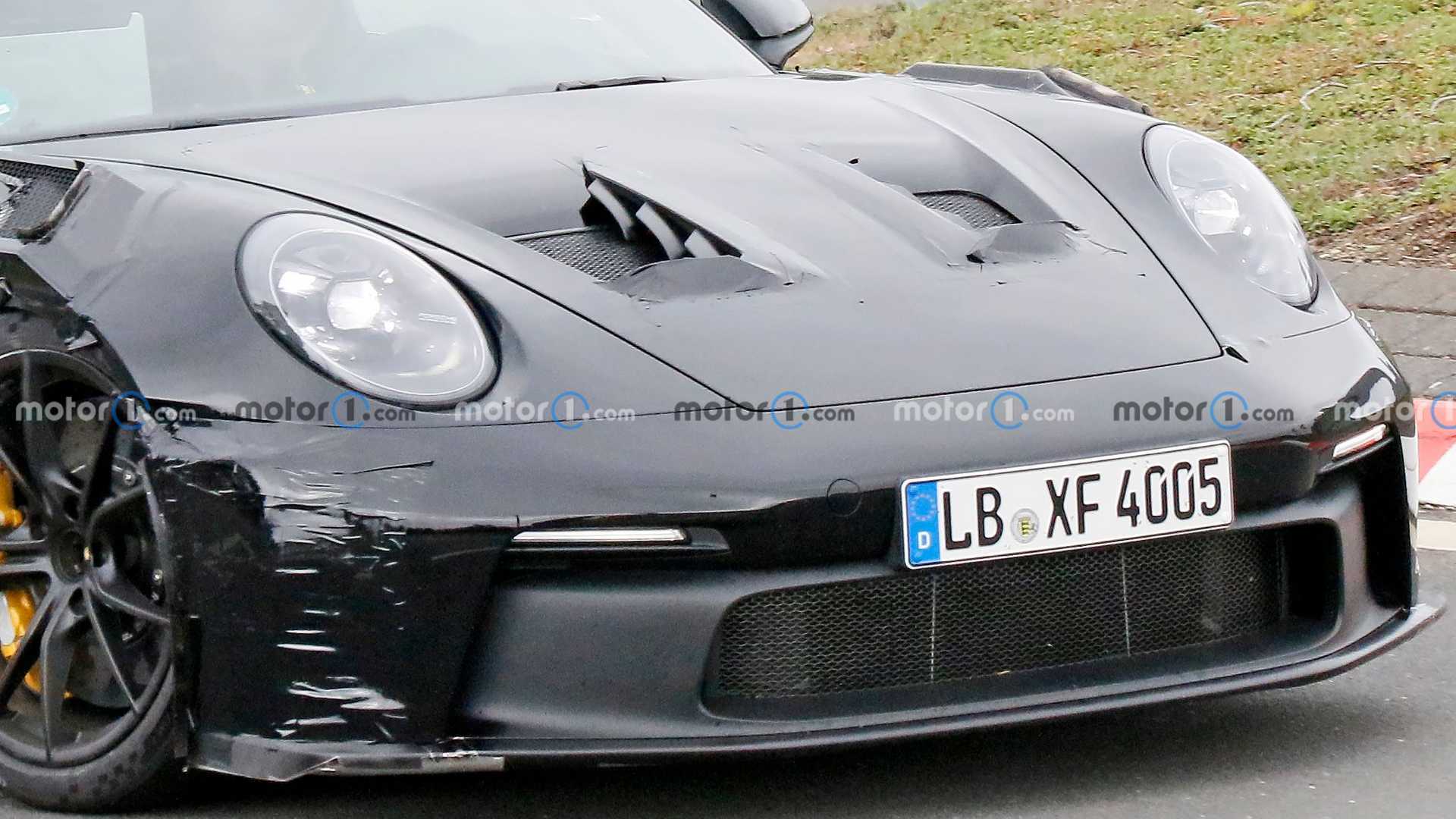 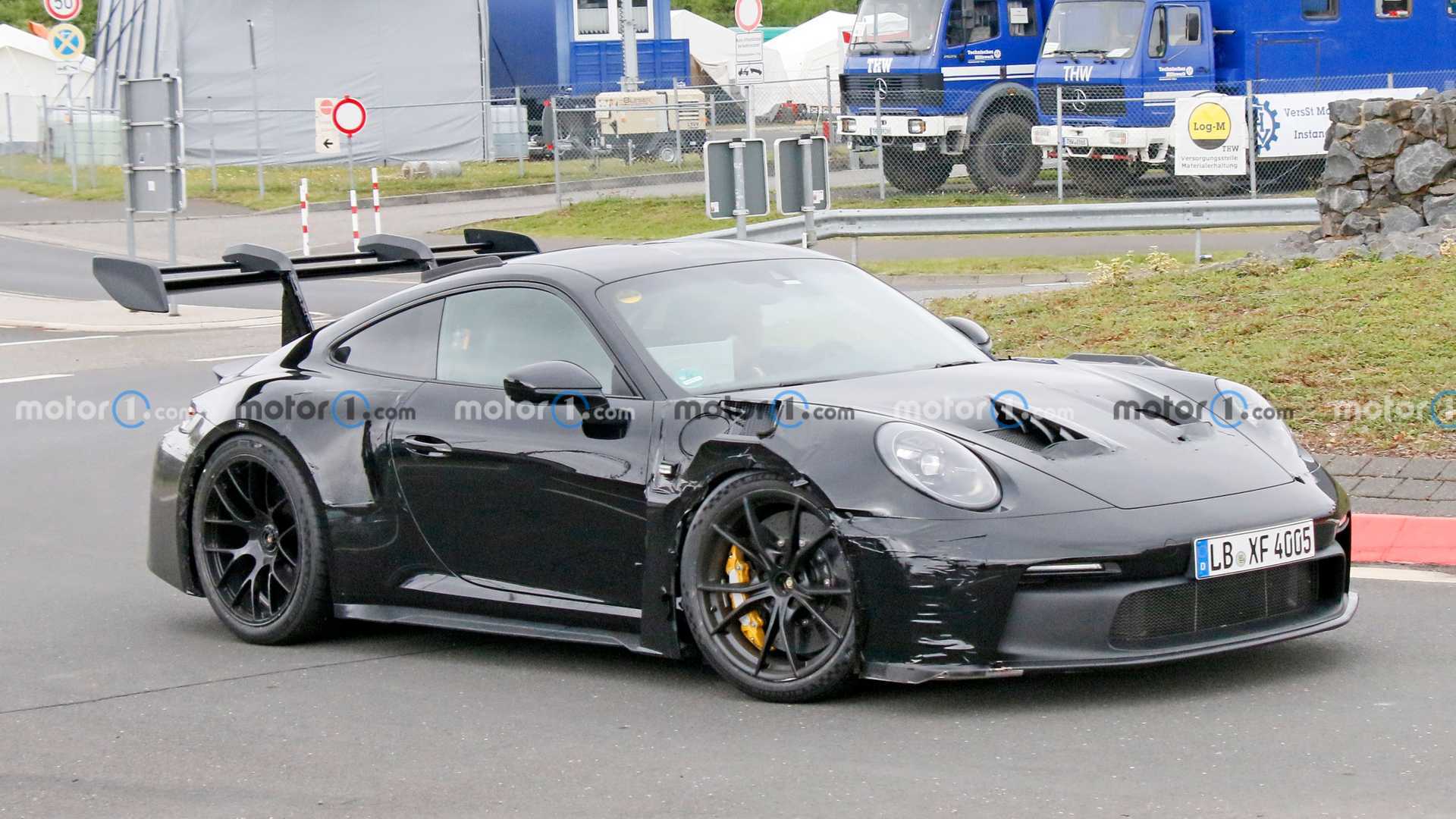 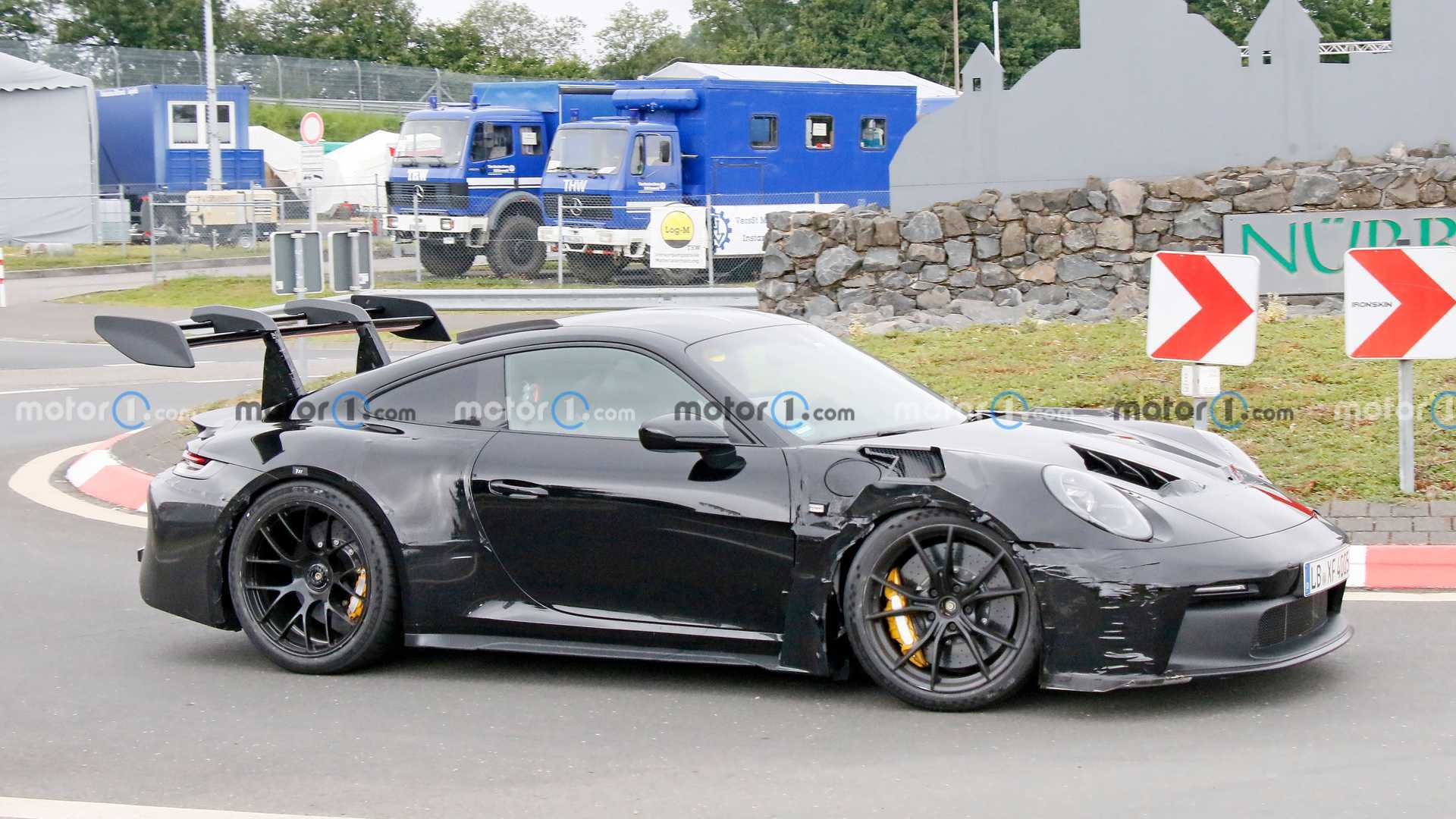 We hold attention at the rear to take in the enormity of this active rear wing. It’s possible the supports connecting to the body aren’t yet finalized as they are still wrapped in coverings. The wing is fully exposed, and we think this is indeed what you’ll see on the production version. These photos come from just outside the Nürburgring, capturing the 911 at slow speed so the images are clear and detailed. Zooming in we can see the wing is rather complex, and from straight behind the car it’s nearly as wide as the widebody RS fenders.

The wings and vents might be over-the-top for some people, but they will serve important functions on the new GT3 RS. We’re hearing the naturally aspirated 4.0-liter flat-six could pack as much as 580 horsepower (433 kilowatts), though 560 hp (418 kW) might be a more reliable figure. With such thrust and all the aero trickery baked into the body, the next-generation model could well be a record-setting machine when all is said and done.

Sadly, we still have a few months to wait before finding out. We expect the new 911 GT3 RS to debut sometime in 2022.