Even though the current Ford Ranger pickup has only been around in North America since 2018, it’s been doing its thing in other markets since 2011, which makes it a fairly old vehicle. And what do you do with old vehicles? Replace them, of course.

Brought to us by Ford Europe is the first official glimpse at the next-generation Ranger. Granted, the prototype in the teaser video remains tightly covered and camouflaged by test mule cladding, but there’s still something to gather here. It looks an awful lot like the future Ranger will have a more rounded front-end design that resembles that of the new Maverick and a rear half that looks a lot like, well, a Ford pickup truck. 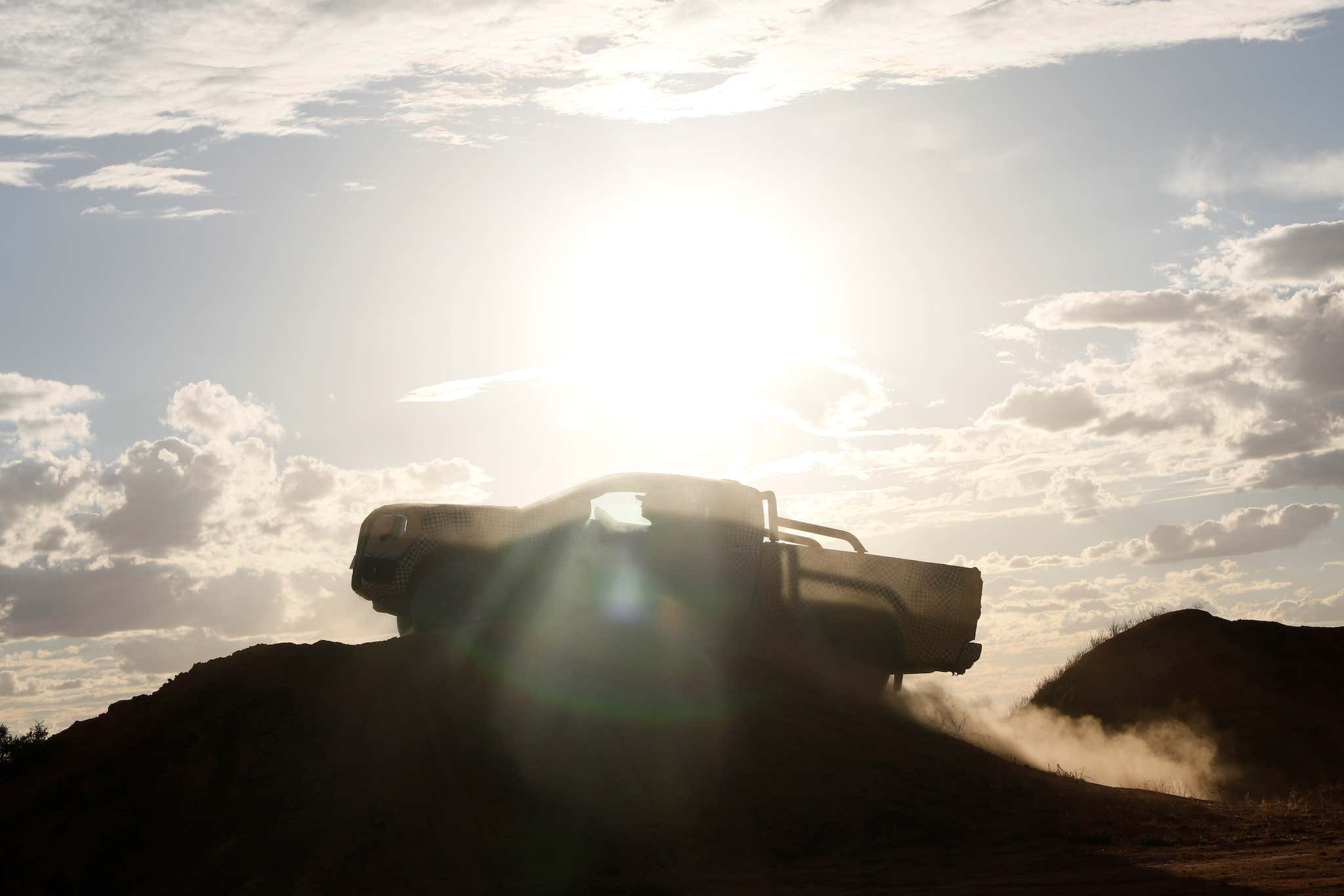 Seen heroically trekking through mud, sand, rock, snow, and treacherous kangaroo crossings, the next Ranger is a truck the company touts as “the smartest, most versatile, and most capable Ranger ever.”

Ford is saving most details for another time but, for what it’s worth, its use of the term “next-gen” in this video’s title and description definitely implies this to be a wholly redesigned model and not just another mid-cycle refresh on the existing Ranger. A previous report alleged that the new Ranger will come with a high-performance plug-in hybrid variant, which sounds especially intriguing. At present, a 2.3-liter EcoBoost turbo four-cylinder is the Ranger’s only engine option in the States.

Notably, this truck was posted to Ford’s European channel and not the one dedicated to the Americas. When we reached out to the company’s North American arm to ask whether this truck is representative of what we’ll see in the U.S., a spokesperson replied, “We’ll share more details about the next-generation Ranger for North America at a later date.” In any case, the new European Ranger will be fully revealed “later this year” and launch in 2022.

Got a tip or question for the author about the next Ford Ranger? You can reach them here: [email protected]