The merger between Rimac and Bugatti is now completed, just four months after it was announced in July of 2021. The merger of the two automakers, which gradually developed after Rimac had begun cooperating with fellow Volkwagen Group member Porsche, is set to bear some yet-to-be-announced fruit. However, in the meantime, there are going to be a few changes.

First of all, Bugatti is not leaving its home in Molsheim, France, and all of its cars will continue to be built there. Likewise, all Rimacs will still be built in Zagreb, Croatia. Both companies are continuing to act as independent brands. The key to today’s press announcement, then, is about who is moving where, and who is running what. 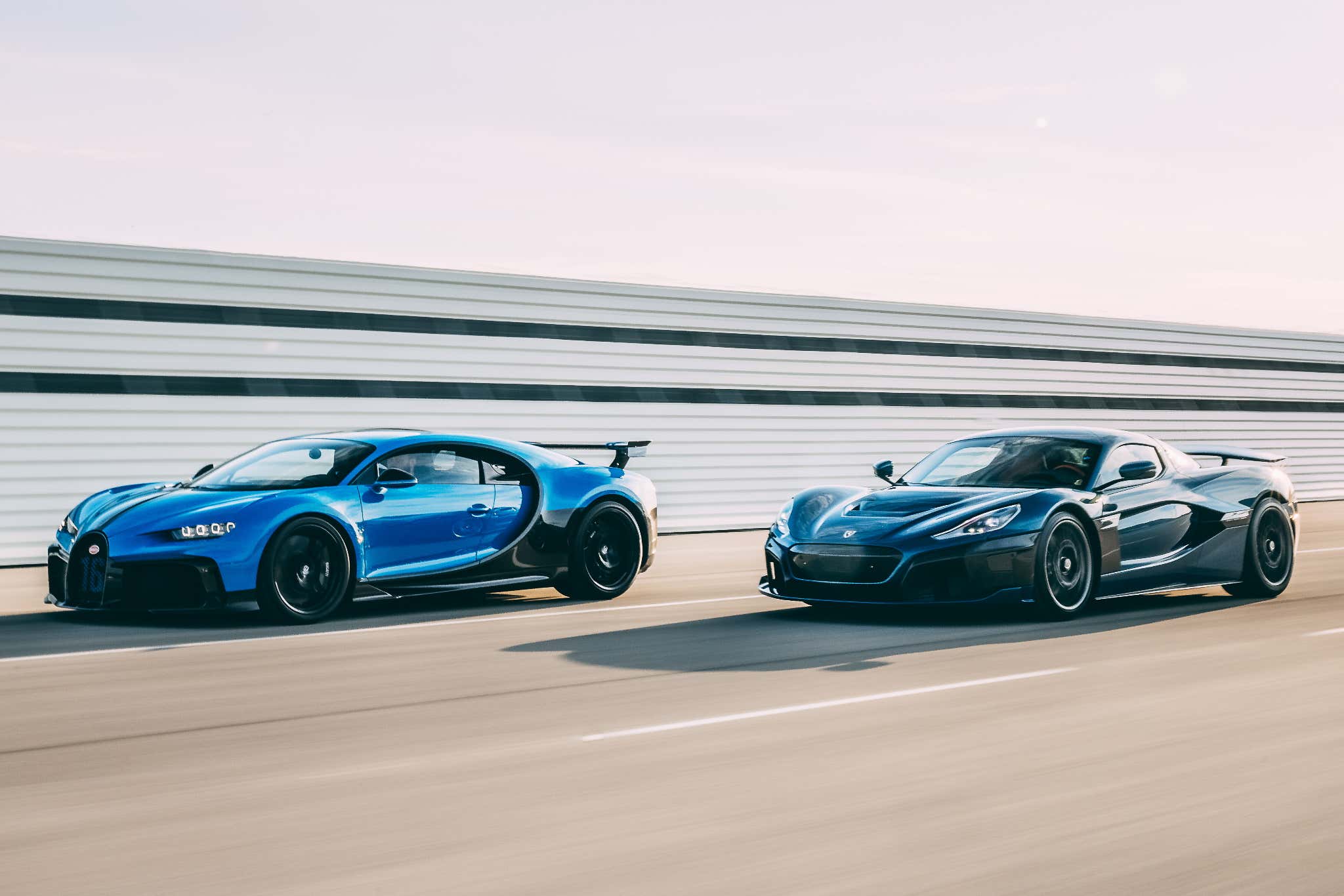 On the personnel level, the new company will have 435 employees with 300 of them based in Zagreb, Croatia. The remaining 135 will be in Molshiem, and in the future, an additional 180 are set to be added at Volkwagen’s home in Wolfsburg.

Executives are also moving around, as Stephan Winkelmann—who has been president of Bugatti since early 2018—will not be part of the newly formed company. He’s leaving to focus on his responsibilities leading Lamborghini. Bugatti’s current managing director of production and logistics, Christophe Piochon, will be taking his place as well as becoming the newly-formed Bugatti Rimac’s COO, working under its new CEO, Mate Rimac.

Porsche is maintaining a watchful eye on the new company and on Rimac himself, its young chief executive. The German automaker owns 45 percent of the shares, with Rimac owning the remaining 55 percent. Porsche’s chairman, Oliver Blume, and deputy chairman, Lutz Meschke, are both members of the supervisory board as well. 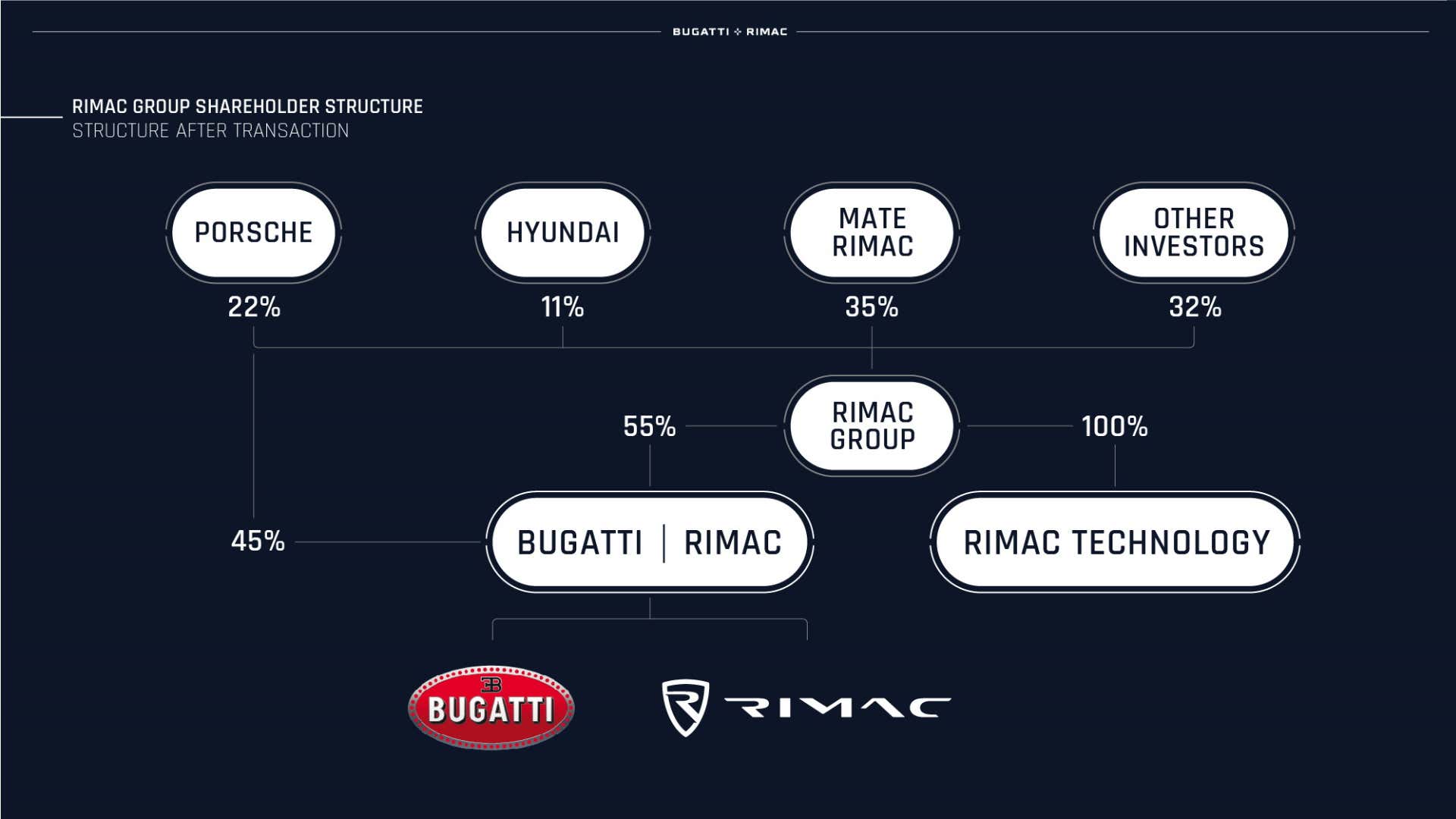 The merger announcement presents the new company as an organization to share knowledge, technology, and brand value more than anything. “Bugatti embodies fascination and passion, while Rimac stands for innovative power and technical competence. Together, they form a powerful automotive company,” Blume said as a part of the announcement. “This joint company is the perfect solution for all parties involved.”

Will there be any clear-cut branding evidence of this partnership? It’s yet to be seen how much of Rimac’s name you’ll see on Bugattis or vice versa. More likely than not, though, it means at the very least that hybrid Bugatti is probably on the way, and an electric one is almost certainly coming, too. In the meantime, though, we’ll have to watch what happens when a 33-year old gets control of one of the most valuable automotive brands out there.

This whole ordeal is bound to be interesting.