Five years. It’s been five years since Mercedes-Benz dropped jaws in the motoring world by announcing a street-legal hypercar powered by an F1 engine. It was known as the Project One back then, and yes, it’s been a very long time coming. But coming it is, and these new spy shots capture a test vehicle in public wearing just a bit of camouflage down low. It’s our best look at the production version we’ve had thus far.

Wait a minute, you say. The Mercedes-AMG One is the poster car for Forza Horizon 5. How is it not revealed? Technically speaking, the full-fledged One indeed hasn’t been completely revealed by Mercedes. Yes, the car is in the game, but that’s not necessarily a representation of the final version. The truth is, we don’t know exactly what else is hiding under the thin camo wrap, nor do we have final specs of the bonkers hybrid powertrain under the bodywork. 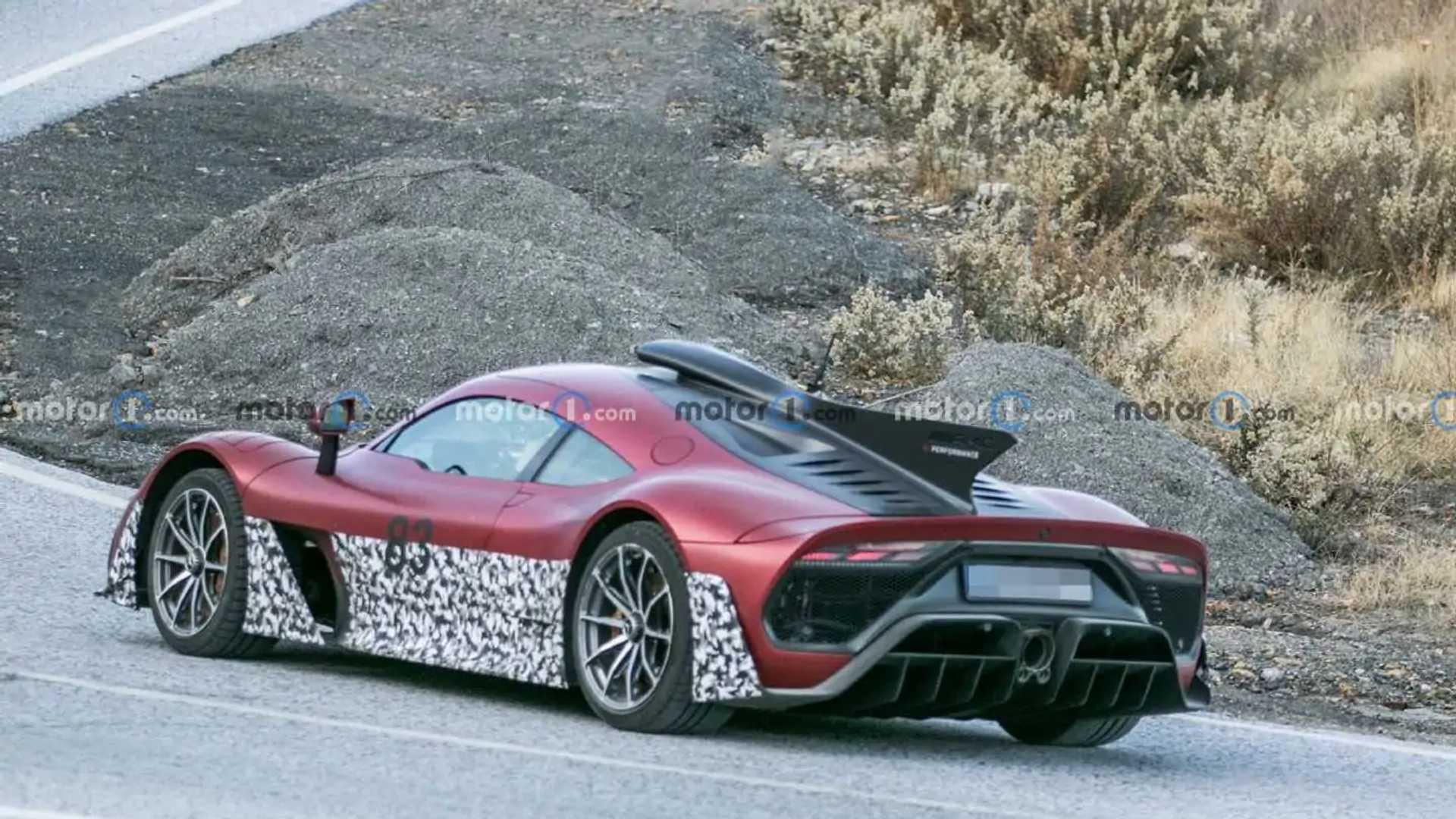 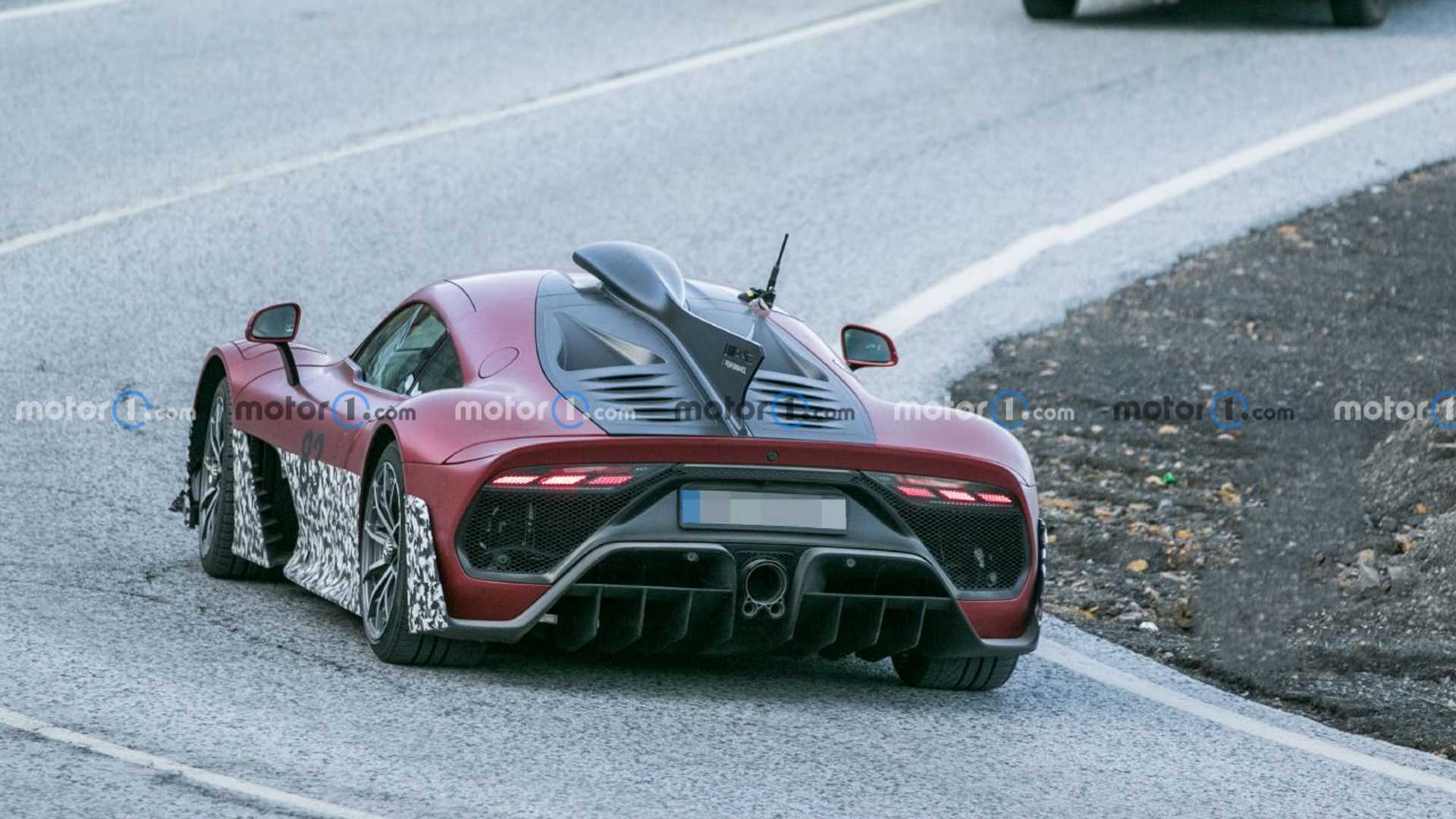 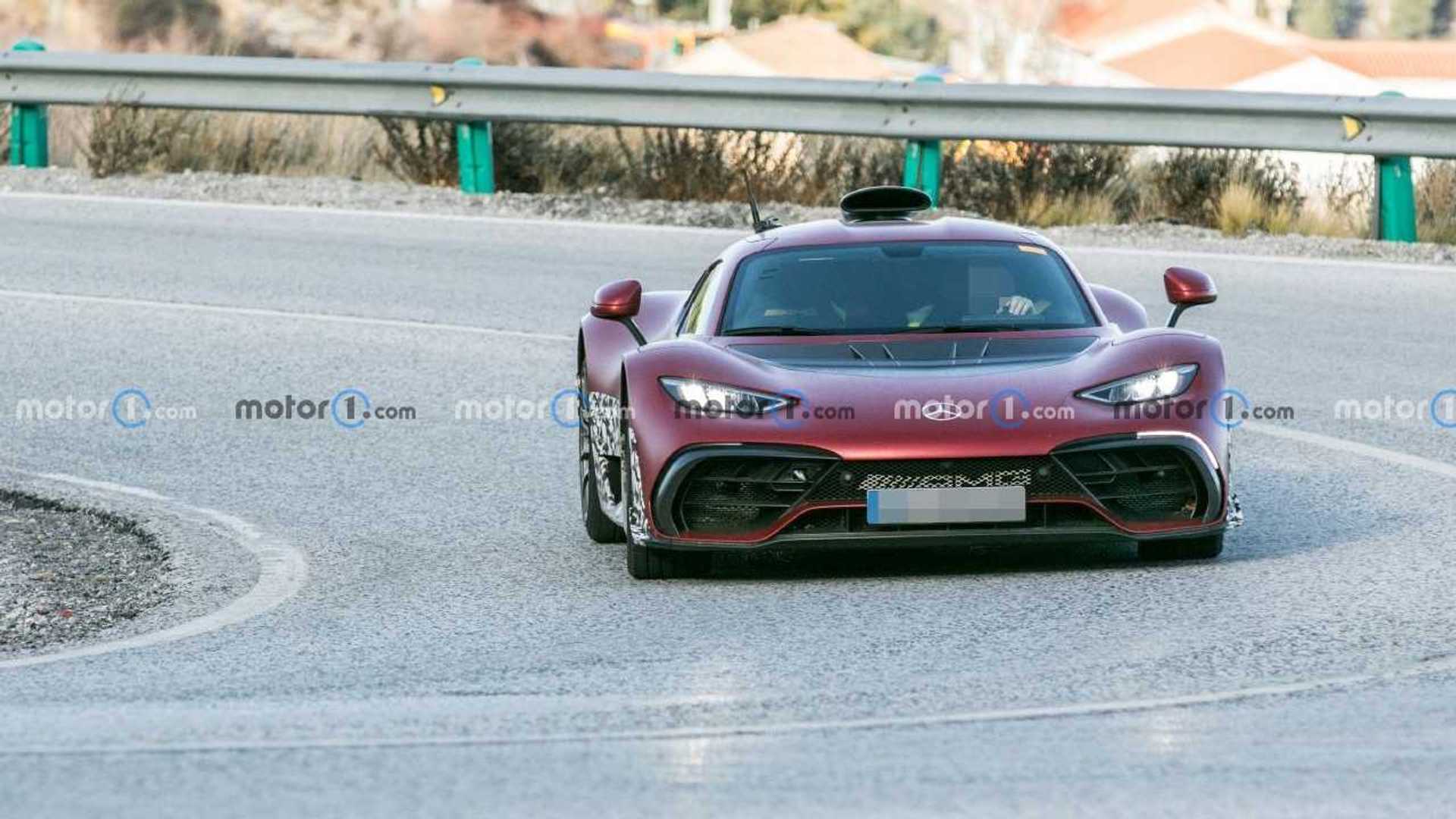 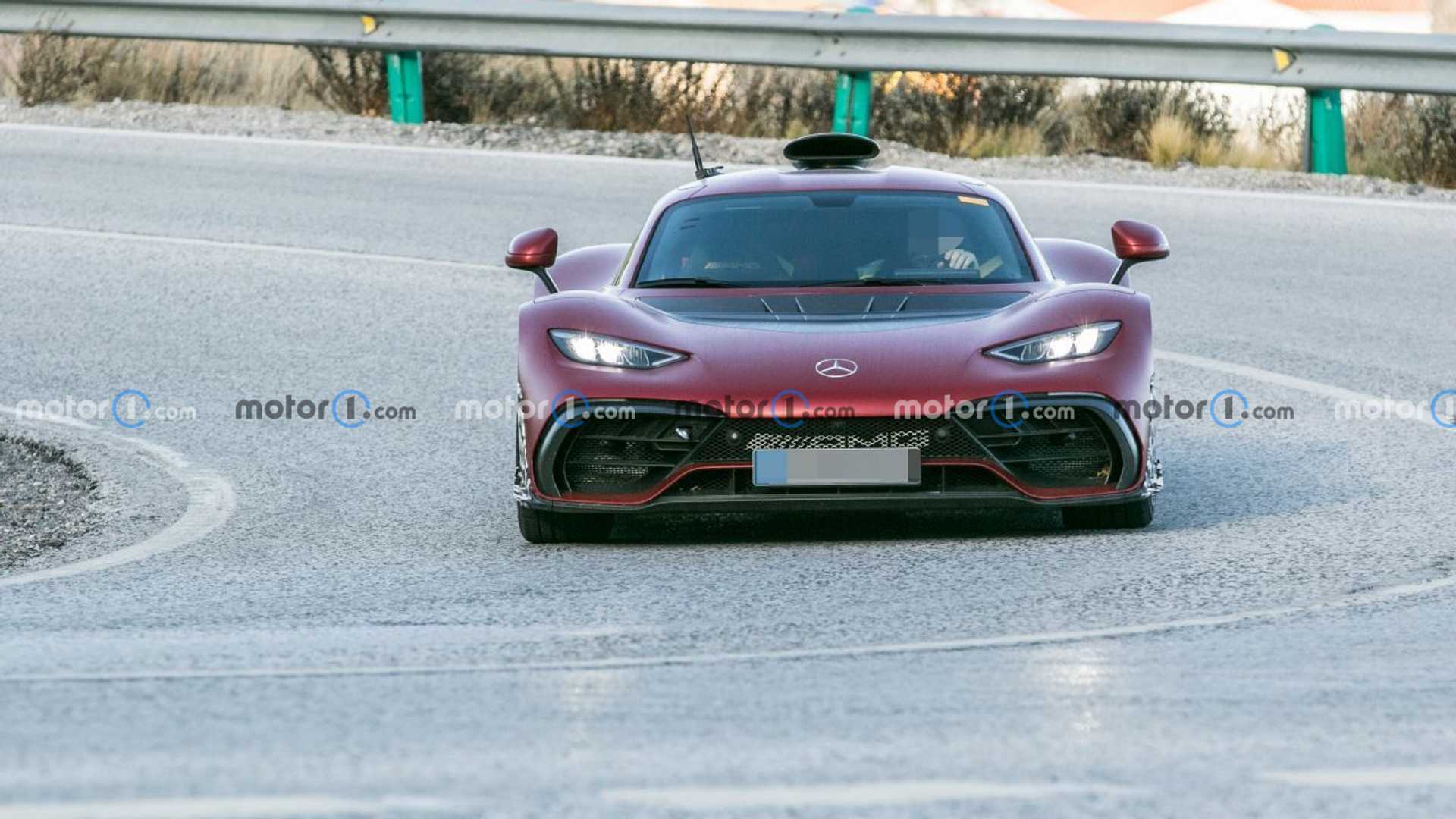 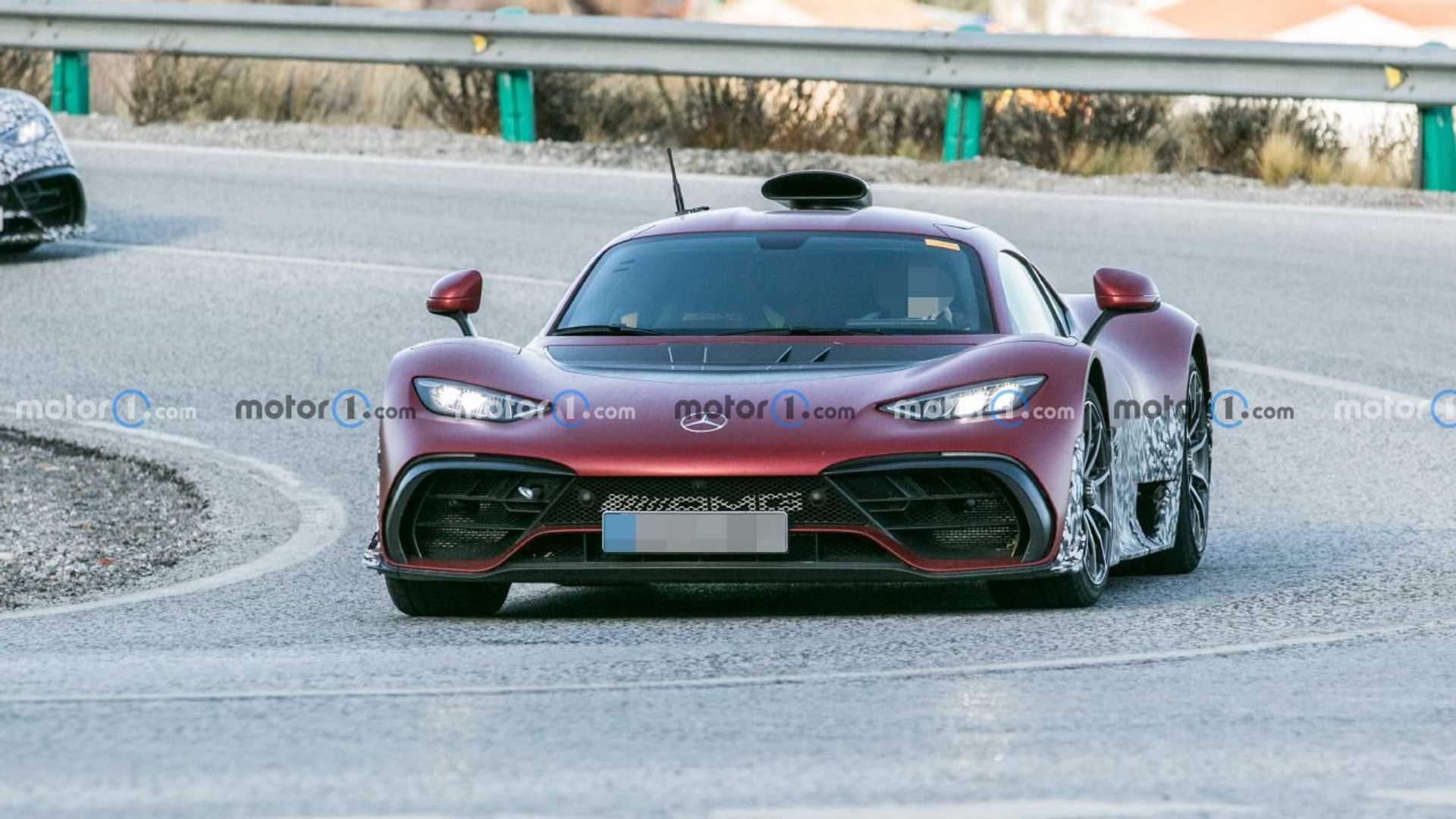 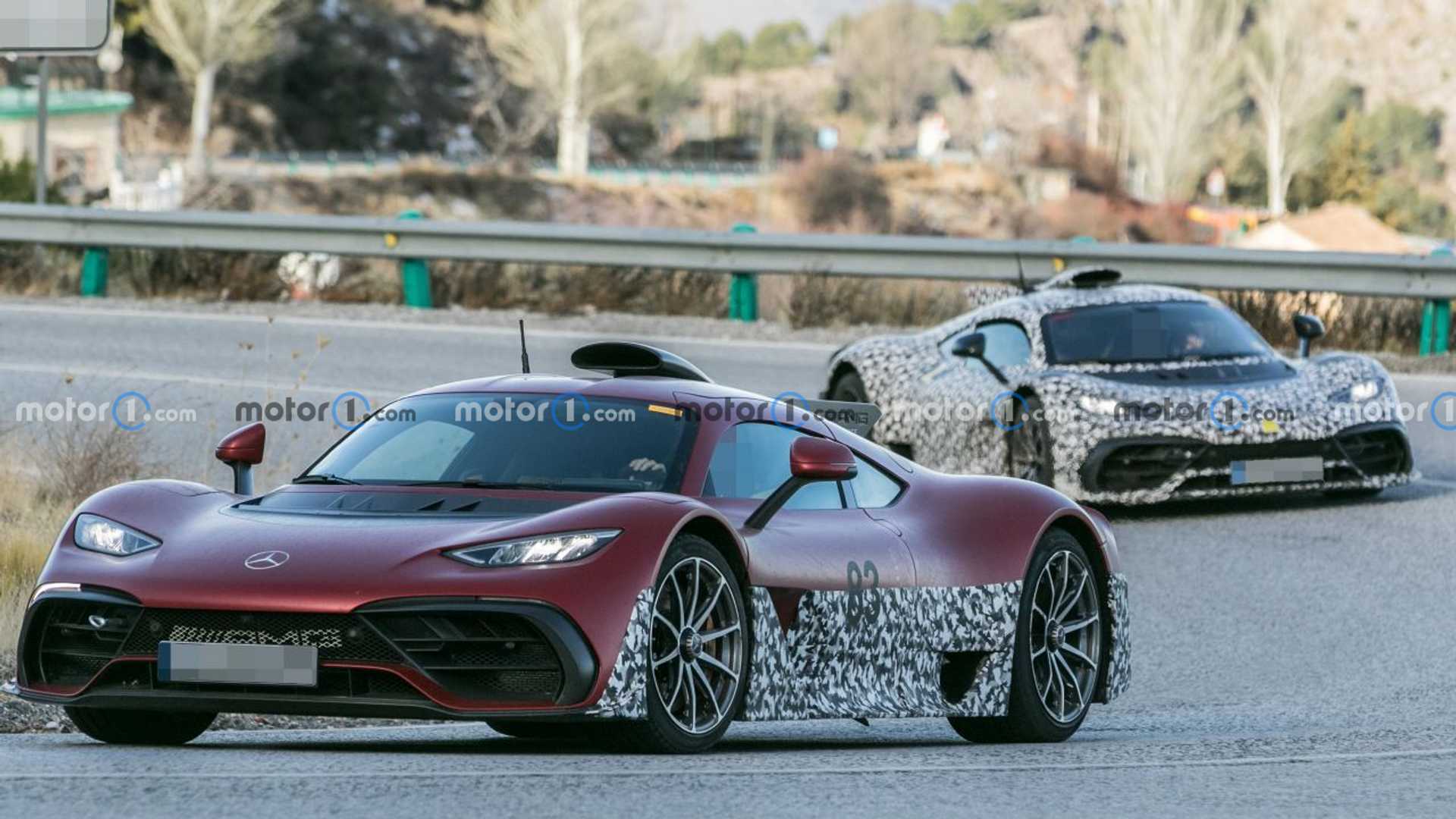 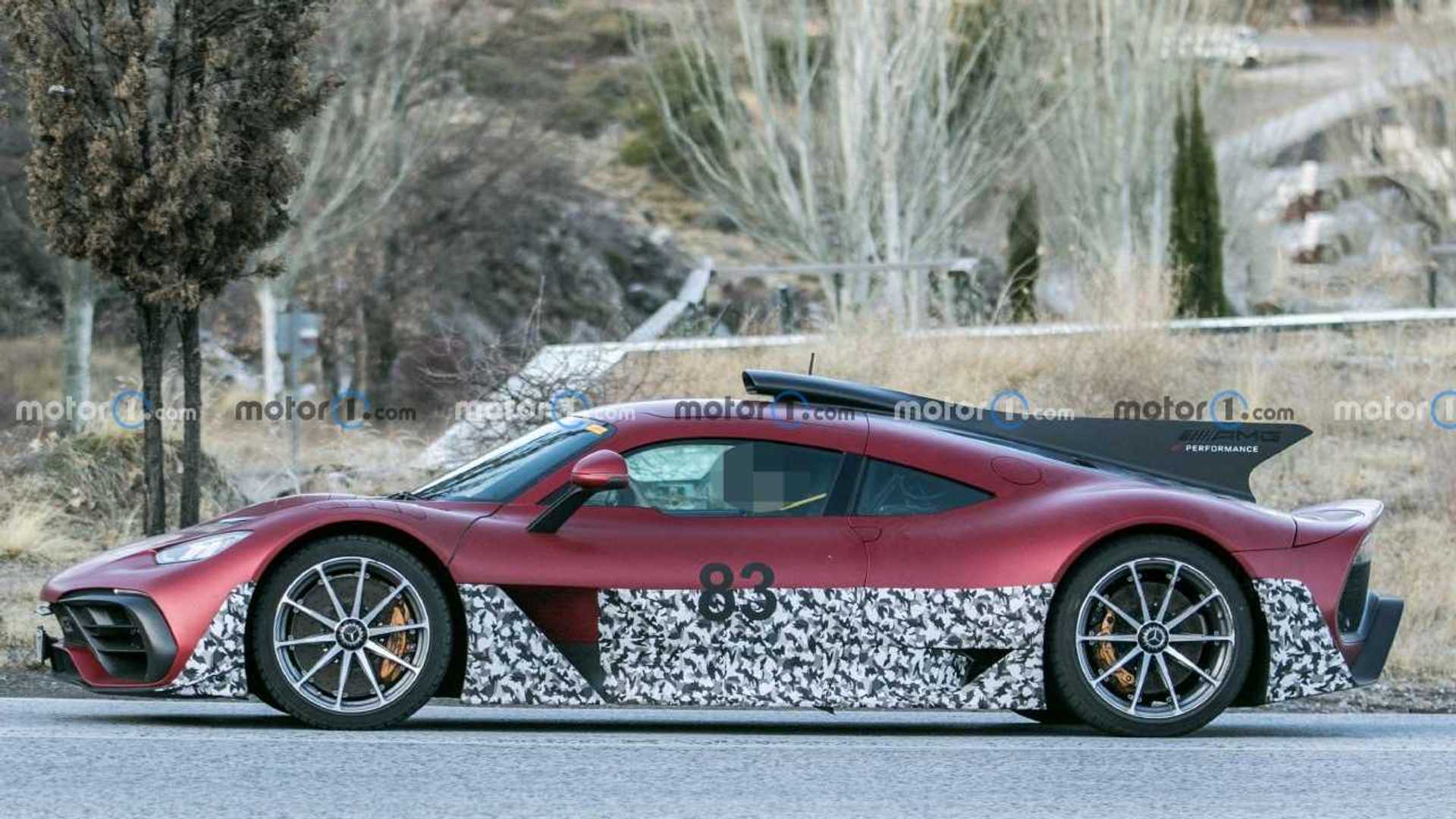 We do have these images, graciously shared by our friends at Motor.es. Digital video game model notwithstanding, this is the closest we’ve come to seeing the 1000-horsepower hypercar as it will actually look in the hands of customers. The cool LED strips overtop the corner intakes on the front fascia are easily seen, functioning both as daytime running lights and turn signals. And the lack of camouflage on the upper half accentuates the curves of the One’s body lines, providing a more organic flavor than what we’ve seen on other prototypes.

As such, we suspect the remaining camo wrap on the bottom half of the car continues to hide a few tiny-yet-important details. Chief among them, vents to help cool the 1.6-liter turbocharged V6 and four electric motors that should make the One a supremely quick vehicle. With an estimated 1,000 hp it won’t be the hyperest of hypercars, but combined with extensive aerodynamic tweaks, it could be a record-setter when it comes to lap times.

Only 275 will be built, and each was sold long ago. We imagine those buyers are quite eager to sample the One, and barring additional delays, they’ll get that chance sometime next year. With thinly camouflaged prototypes now prowling public streets, we suspect a final, official, for real debut is finally around the corner.