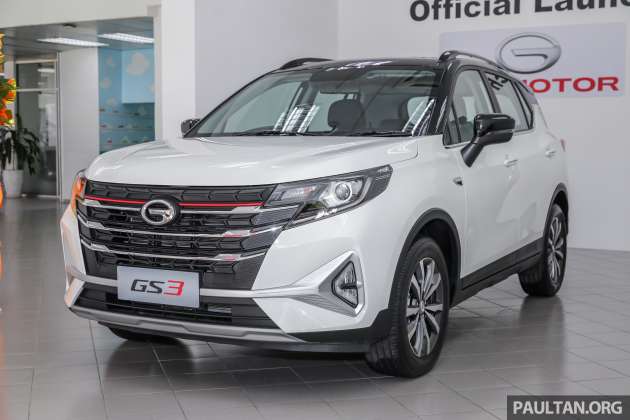 The GAC GS3 that was launched in Malaysia late last year (yup, that was just last week) along with the GAC Motor brand debut here is the Chinese carmaker’s first ever right-hand drive model. It’s a milestone and a major part of the Guangzhou-based company’s plan to go international.

While the GS3 is currently a CBU import from China, GAC says that it plans to “take advantage of the Tan Chong Group’s five factories in four countries of ASEAN to accelerate the local production”. A clear sign then that CKD production is in the pipeline.

The Tan Chong-Guangzhou Automobile Group relationship officially started in December 2020, when both parties signed an MoU for the potential sales and assembly of GAC vehicles in Malaysia and Vietnam.

The Malaysian-spec RHD GS3 may look similar to the facelifted GAC Trumpchi GS3 in China, but GAC Motor says that there are many “fine-tuned differences in the details of this mirror image car” compared to the original left-hand drive version. A total of 130 changes were made.

Aside from the obvious flipping of the steering wheel and pedals, the other changes are in the shift mechanism, parking mechanism, and the steering and braking systems. The SUV’s ESP was also recalibrated, and its gear mount optimised for RHD use. 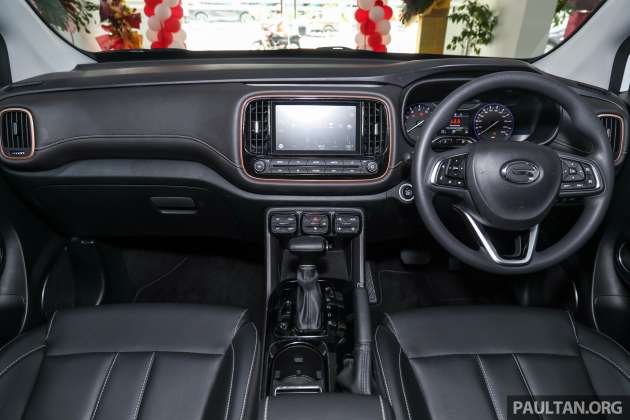 GAC says that the infotainment system of the car was upgraded, allowing mobile phones to be linked easily and quickly. Various electronic safety reminders have been added and hardware measurements adjusted to comply with local vehicle safety laws and regulations, the carmaker adds.

“This exercise has provided a rich database of product and safety regulation research that will be useful for future model translation, as well as a tried and tested blueprint for design. In future, GAC Group looks forward to producing many more internationally optimised vehicles, bringing the power of Chinese craftsmanship to consumers,” GAC said.

Priced at RM88,800 for the Standard and RM96,800 for the Premium (OTR without insurance), the GS3 is powered by a 1.5 litre naturally-aspirated four-cylinder engine with 114 PS and 150 Nm of torque at 4,500 rpm. Drive is sent to the front wheels via an Aisin-sourced six-speed torque converter automatic transmission. Claimed fuel consumption is 6.9 litres per 100 km (14.5 km/l) in NEDC cycle.

It’s a B-segment SUV that’s around the size of a Proton X50/Honda HR-V. Compared to the Proton, which Geely version it rivals in China, the GS3 is 28 mm longer and 25 mm wider, but with a 40 mm shorter wheelbase. Boot space is 356 litres, which can be expanded to 780 litres when the 60:40-split rear seats are folded. 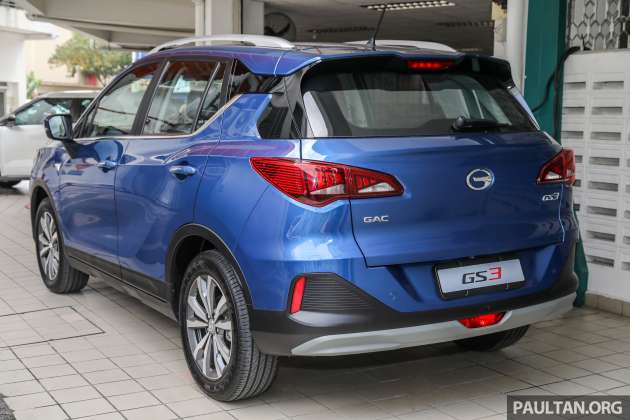 The Premium adds on front fog lamps, power-folding side mirrors, shark fin antenna and black for the roof, roof rails and side mirror caps. Other Premium-only items are a 3.5-inch LCD multi-info display, keyless entry and push start, full leatherette upholstery, a second-row centre seat headrest and armrest, as well as two more airbags for a total of six.