Like Tesla, Lucid is facing strong opposition to its direct sales model.

InsideEVs had the opportunity to preview Lucid Motors’ first New York studio before its opening, this Saturday, June 26th. Lucid already has nine locations open and plans to have a total of twenty-five studios and service centers open (twenty-four in the US and one in British Columbia) by the end of 2021.

The Manhattan studio is located on 9th Avenue in the trendy Meatpacking District and is surrounded by cafes and outdoor dining.

Inside the studio, customers are greeted with a Cosmos Silver Lucid Air Grand Touring as soon as they walk in. The Grand Touring version is the highest trim level you can currently order since the limited-supply Dream Edition is currently sold out. However, if your heart is really set on the top-of-the-line Dream Edition, Lucid will be happy to place you on a waitlist and will notify you if there are cancellations that make it possible to accommodate your order.

If that’s not enough, customers may want to wait for Lucid to roll out its tri-motor version, which is stated to have 1,300 hp and be able to run the quarter-mile in 9.45 seconds. 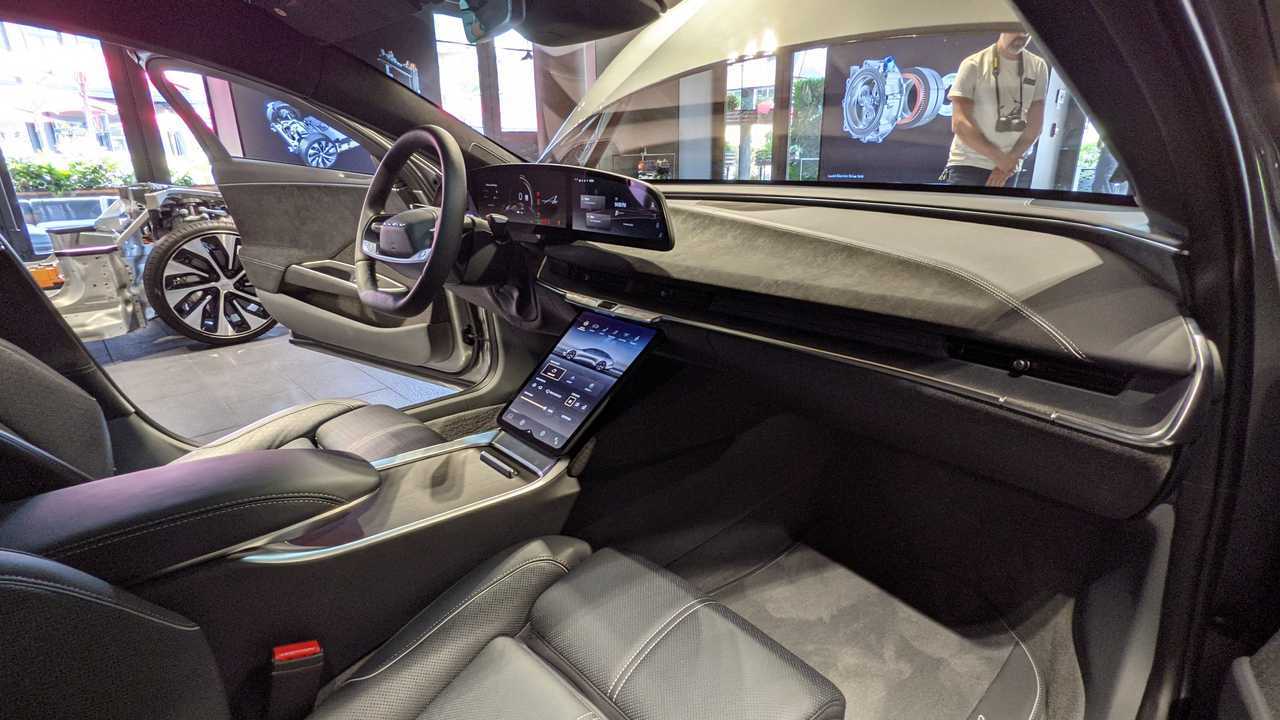 News on the financial front:

Lucid also released a progress report and some information on its capital and financial flexibility once its merger with CCIV is complete.

The new studio in Manhattan is not allowed to sell cars

Just as was the case with Tesla (and Rivian), Lucid is facing strong headwinds with its direct sales approach. The battle will be fought state by state, with the automobile dealership lobby fighting tooth and nail to ensure the franchise dealership sales model is retained.

As such, Lucid cannot sell cars at the new studio in Manhattan. In fact, they can’t even assist in helping the customer buy an Air. They are only allowed to show the customers what the vehicle has to offer and then tell them they can order one online via the Lucid website if they’d like. Lucid employees will have to walk every fine line when talking to potential customers, which we’re sure will be a little awkward at times.