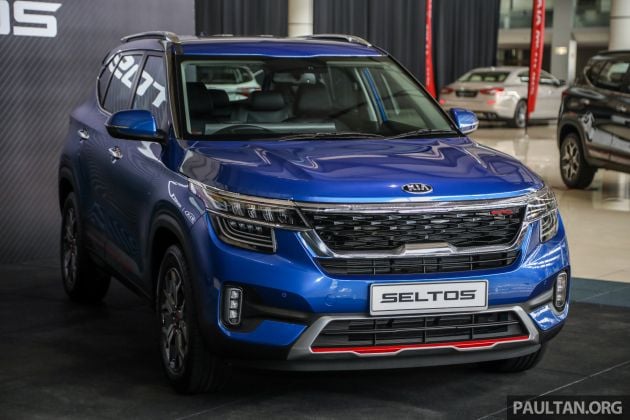 The Kia Seltos was launched in Malaysia earlier this year, but the B-segment SUV has actually been around since 2019. As such, a mid-life refresh is due, which is why it’s no surprise that the facelifted model is tipped to enter the market in the fourth quarter of 2022, according to analyst reports from RHB Investment Bank and Kenanga Research.

To be fair, distributor Bermaz’s timeline did state that the Seltos will arrive as an all-new model, although that’s unlikely given that the car is still relatively fresh and has yet to be given a nip and tuck. The car was previously slated to enter CKD local assembly in the second quarter but we haven’t heard about it since; the delay likely accommodates the switchover to the facelifted car.

While Kia has not released any details regarding the revamped Seltos, reports from South Korea suggest that it will be a rather comprehensive makeover, with the 136 PS 1.6 litre turbodiesel offered in certain markets being replaced by a hybrid option shared with the Niro. This would tie into Bermaz’s focus on electrification for the Kia brand, with the Niro also set to debut around the same time with the same engine.

As for the rest of the lineup, the 1.6 litre naturally-aspirated and turbocharged petrol mills (the former being the one previously offered over here and producing 123 PS and 151 Nm of torque) will likely be carried over, likely upgraded to the latest Smartstream versions. Also expect significantly remodelled front and rear fascias to bring the car in line with Kia’s latest Opposites United design language.