A few days ago, Kia released the official K8 press images, which also officially marks the end of the Cadenza/K7 nameplate. The name change and revamp spell an upmarket move, but we have yet to see what’s found inside the fancy-looking large Korean sedan.

Kia said that more information, as well as the official interior images, will arrive at a later date. But if you’re running out of patience, cars_secrets from Instagram has posted a set of what it seems like spied photos of the K8’s interior.

You may see the spied images on the embedded post below, but make sure to browse through all of them by clicking on the right arrow.

As you can see, the steering wheel features the revamped Kia logo but what caught our attention is the horizontal display that spreads from the driver’s side until the center of the dashboard. There are quite a few premium appointments seen as well, such as the wood veneer accents found all over, along with the brown leather seats with diamond-shaped stitches.

Another thing you shouldn’t miss is the lack of a gear lever in the alleged spied photos of the K8’s interior. To replace the conventional lever, it seems like Kia opted for a rotary knob, with the P lodged at the center – similar to what you see in the Sorento SUV and Carnival minivan. 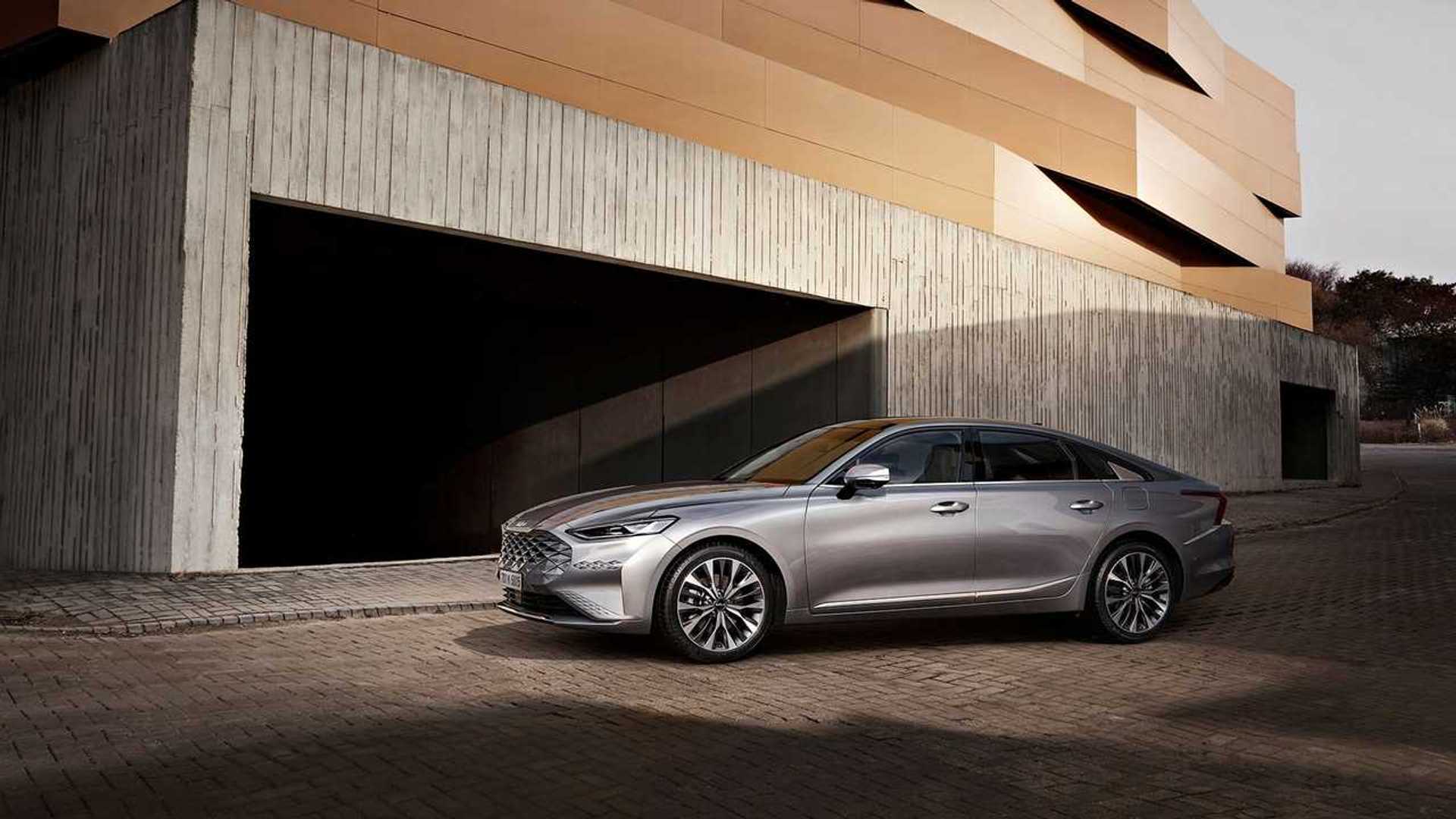 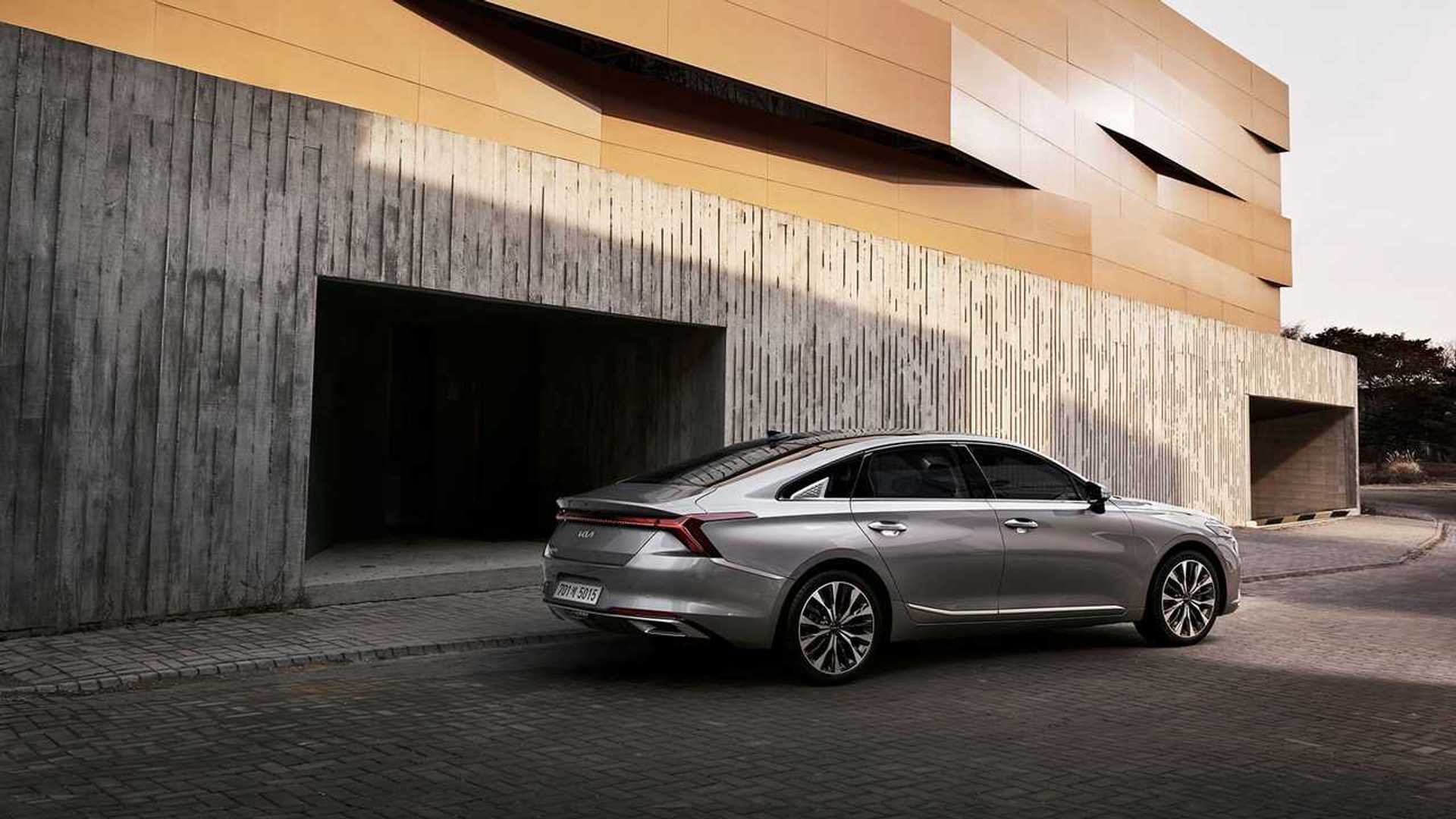 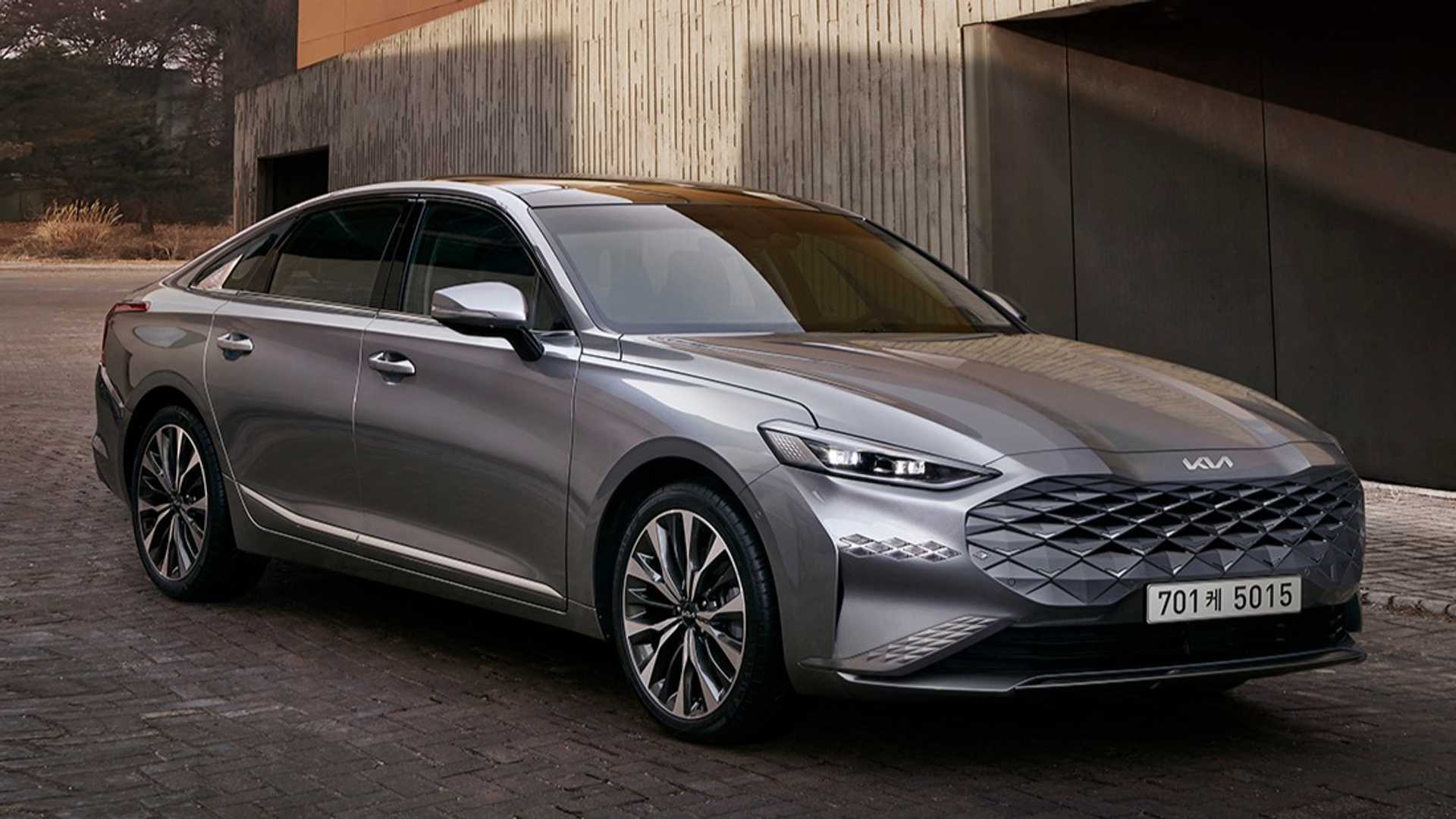 As mentioned, we’ll see more of the cabin in official images soon since Kia has been gearing up to sell the K8 later this year. Along with the cabin images, expect more technical details at the official launch, which should give us an idea of what this large sedan packs under the hood.

Meanwhile, you might want to gander first at these official exterior photos. Kia’s design direction is surely taking a leap, but it’s up to you to judge whether it works or not.