Remember when the 2021 Ford Bronco was unveiled? It’s been over a year since the Blue Oval’s 4×4 burst onto the scene as a flashy two-door. Orders flowed in and the off-roading world was set alight, though a particularly eye-catching part of that Cyber Orange machine never made it to production: its donut doors.

A sort of flashier, more aesthetically-pleasing alternative to regular tube doors, these donut doors seemed like a really good optional extra that Ford might eventually offer on the truck. But it never happened. Ford said they were only a part of the concept vehicle and wouldn’t be offered for sale; however, there might’ve been a Jeep product influencing the company’s decision. As we’ve found in a patent published just two days ago, FCA (now Stellantis) has had donut doors in mind for the Wrangler since at least May of 2017. 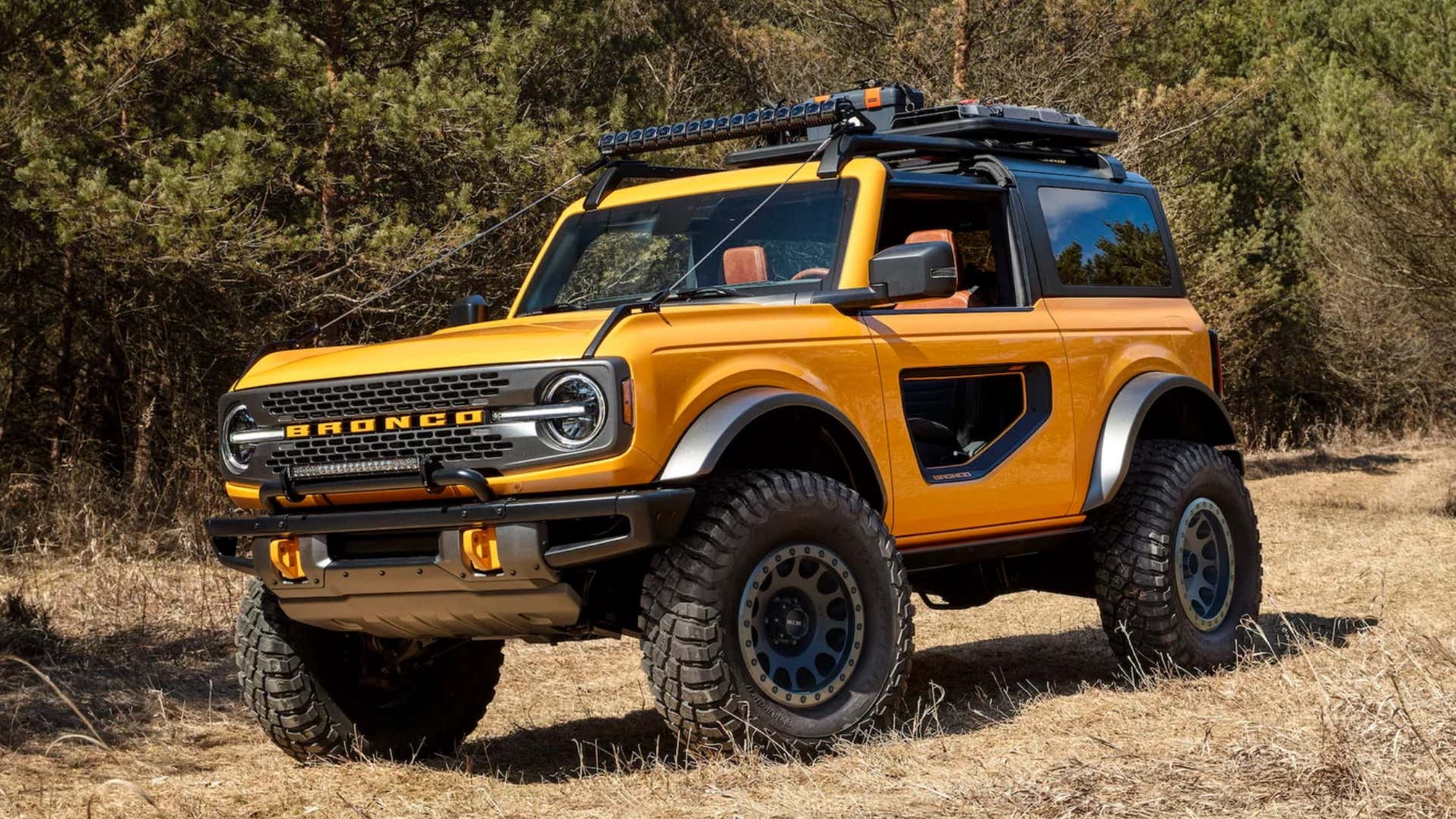 The patent in question was applied for over three years ago, but it’s just seeing the light of day now. Simply titled “Automobile,” it’s not a technical patent. It plainly lays out some aesthetics in a series of images, not even mentioning the word “door.” The only language used to describe what we see is “The ornamental design for an automobile, as shown and described.”

For those with memories unaffected by the pandemic, you’ll remember Jeep actually presented the new JL-body truck with these doors all the way back in 2018, although they never made it into production—same as the Bronco. Unlike the patent images, however, these doors were only seen on the two-door car, not the four-door. They also aren’t visually similar to what we saw back in 2018. 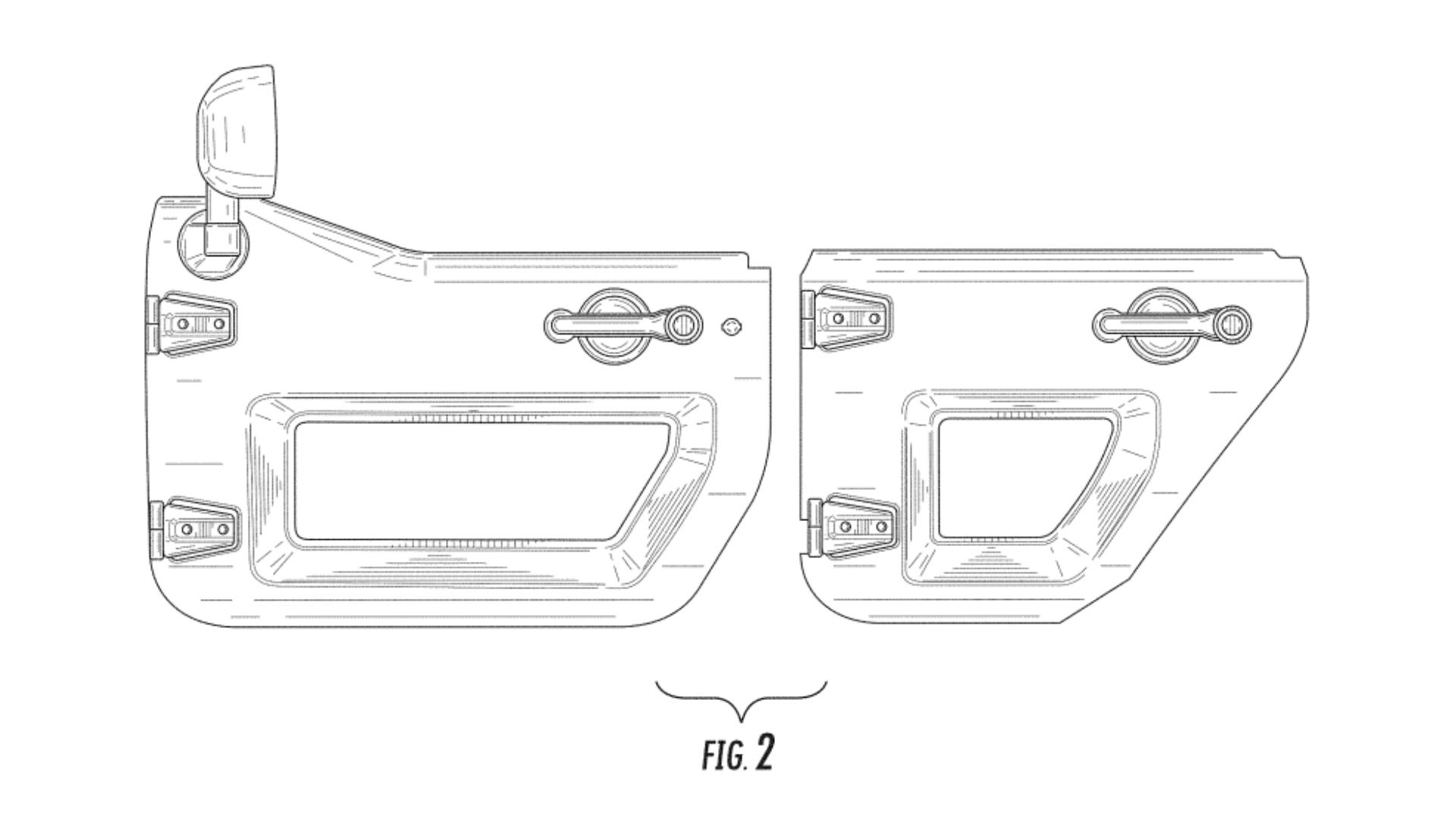 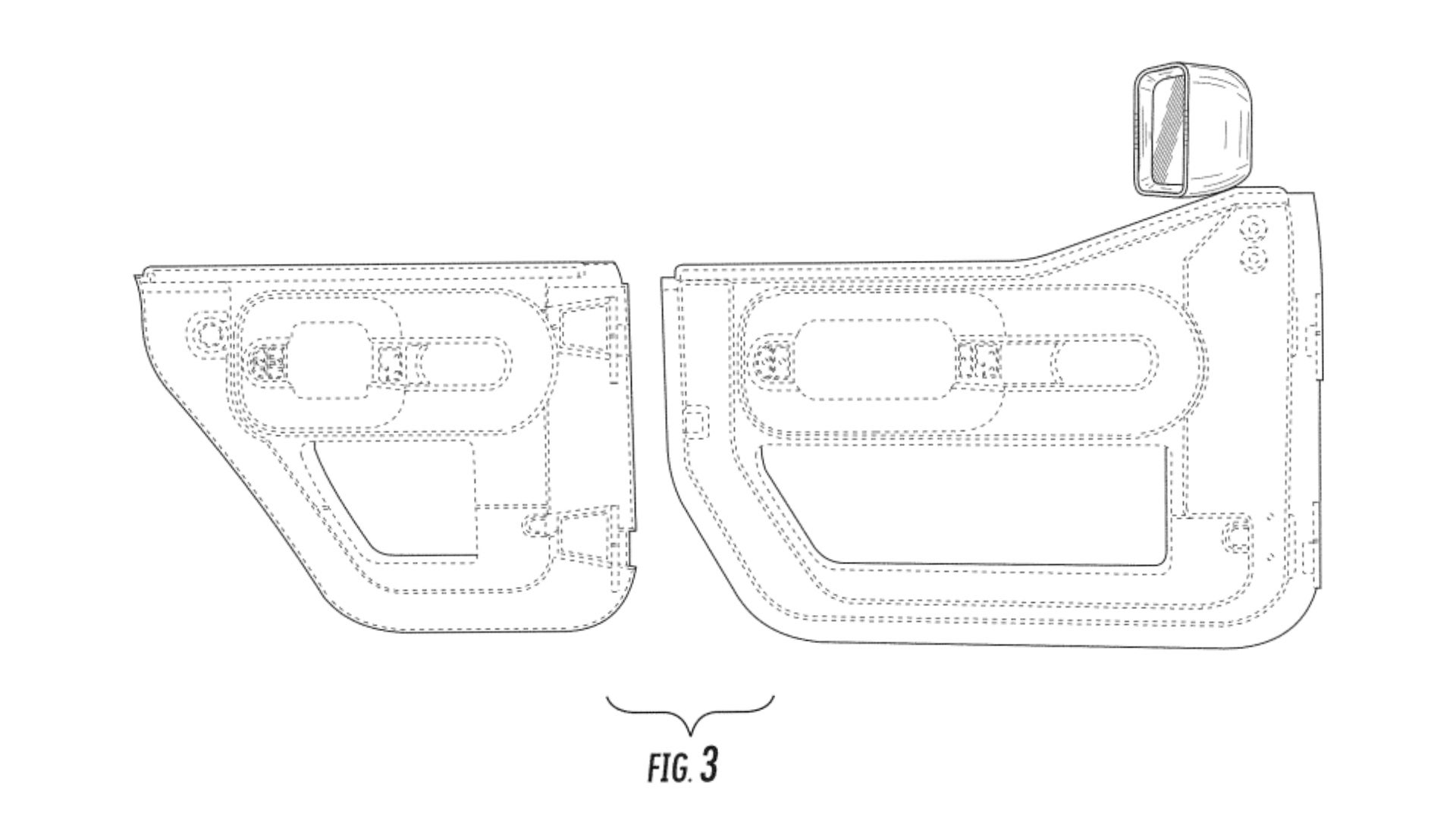 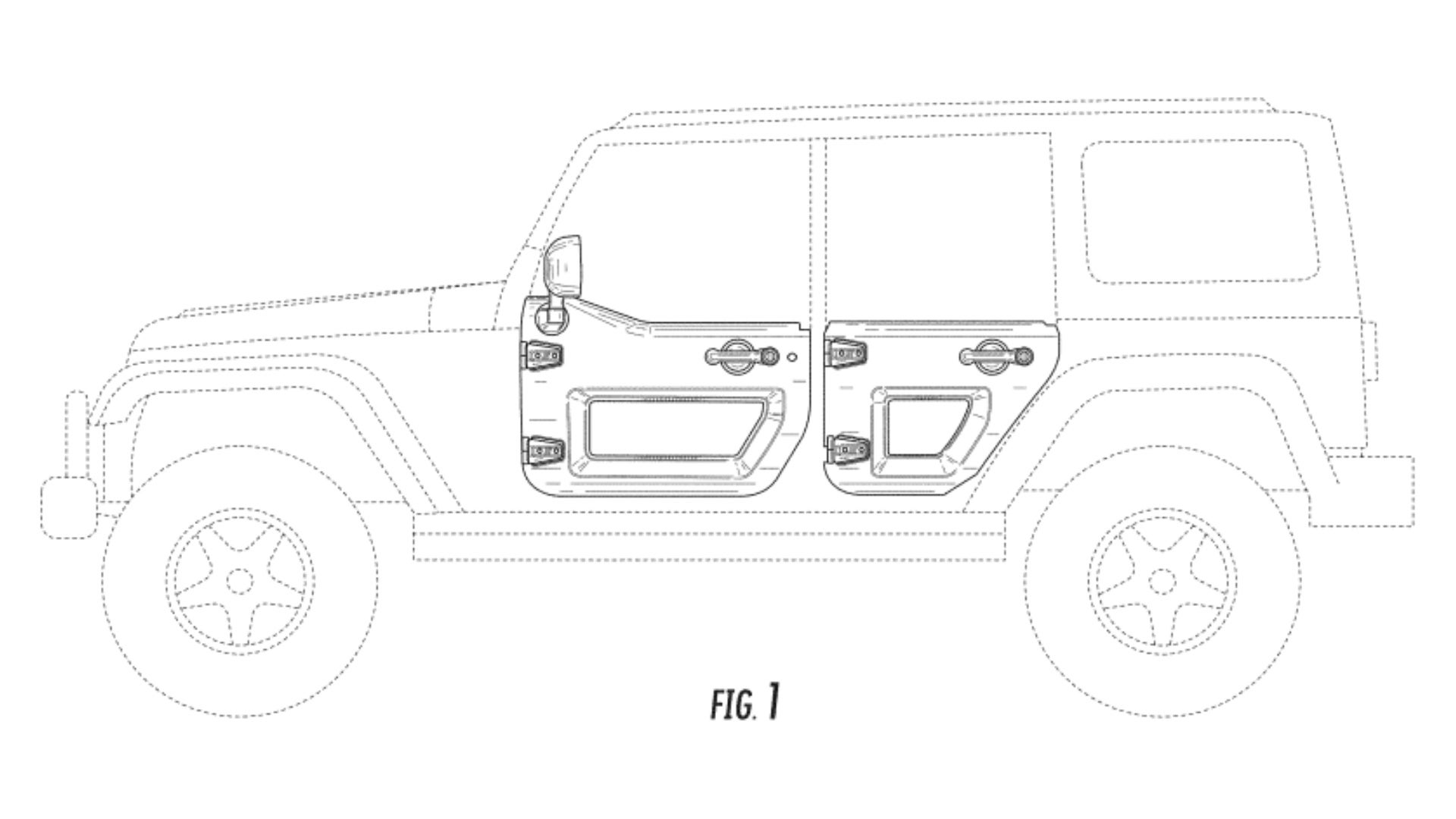 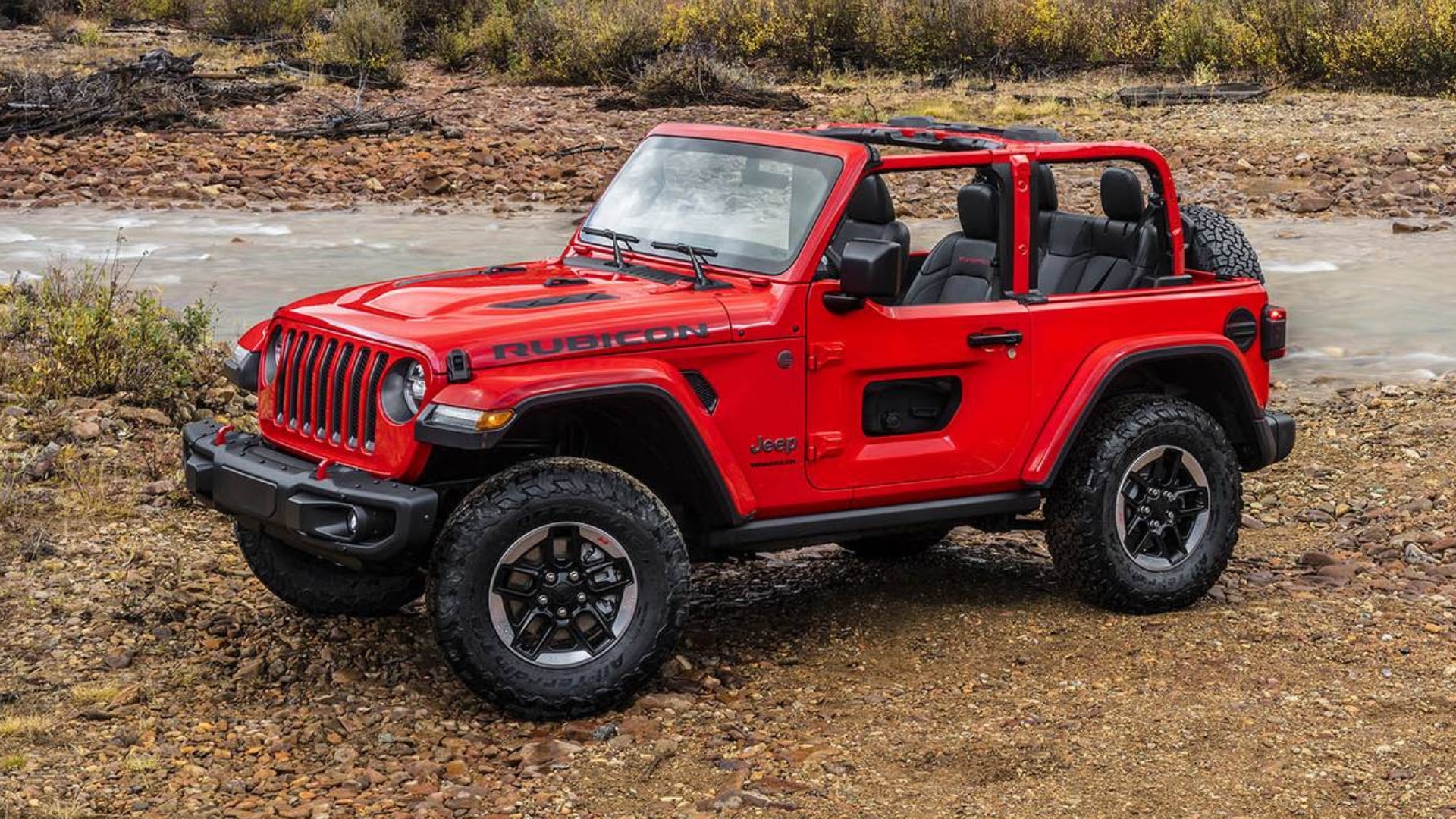 Seeing as it’s a design patent, Jeep has just locked down its own factory look; Ford could still come out with a set later on, so long as it’s different from its crosstown rivals. Of course, any ammo for Jeep to utter choice words about Ford may be used like we’ve seen already.

As with any patent—and indeed any concept—this doesn’t guarantee a future production accessory will be available for purchase. What it does mean is the automaker is at least interested in protecting the idea. Who knows; maybe we’ll see donut doors that look just like this coming to the Wrangler soon.