GM Defense has already fulfilled the first few of the 649 Infantry Squad Vehicle (ISV). The Colorado-based military troop carrier is part of the $214.3-million contract with the US Army Contracting Command–Detroit Arsenal, possibly increasing production to 2,065 vehicles over the next eight years.

One of the first few units paid a visit to Jay Leno’s Garage, along with the president of GM Defense LLC, Stephen duMont. The military vehicle gets a healthy screen time, which you can watch in the video embedded atop this page. 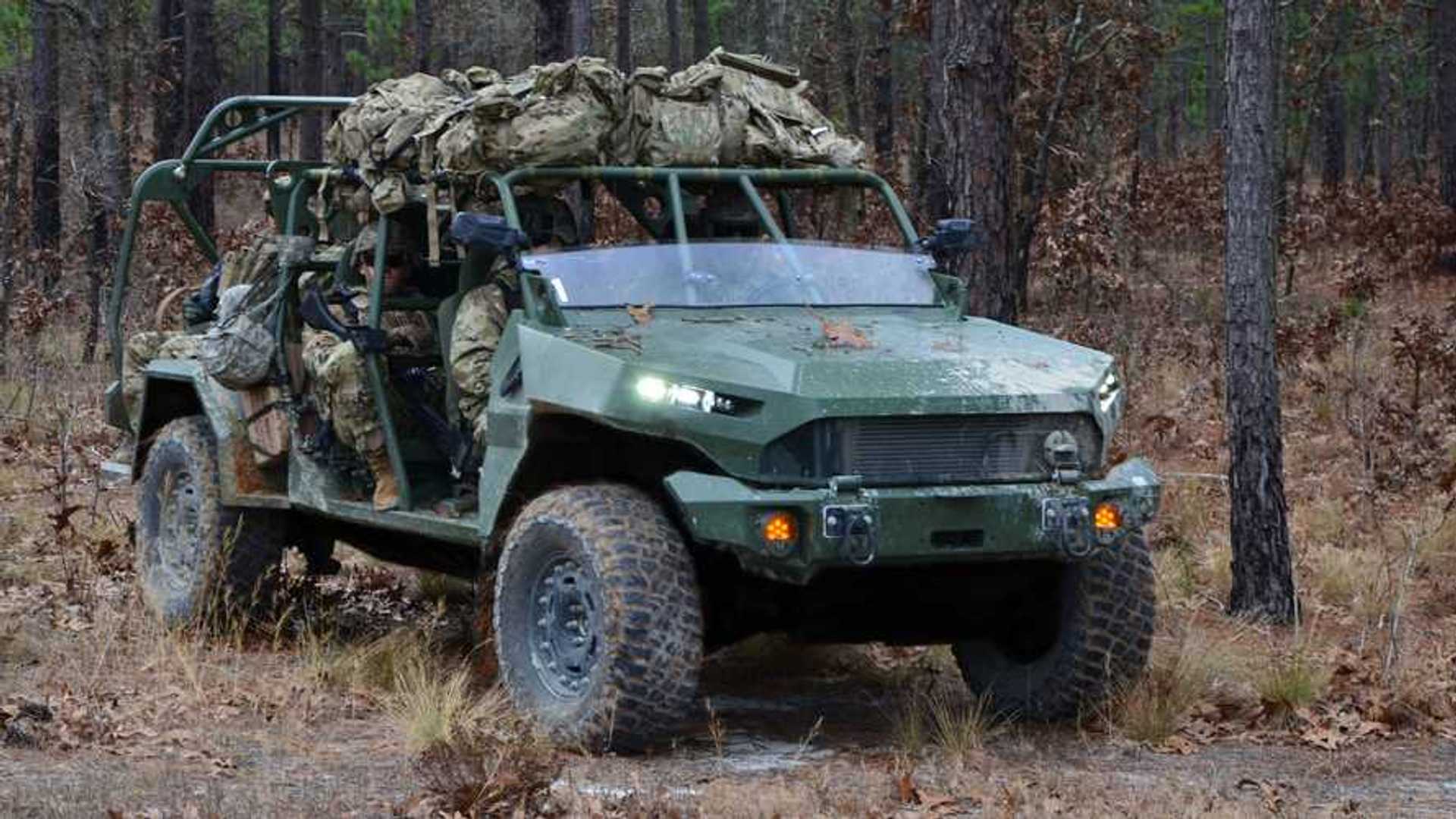 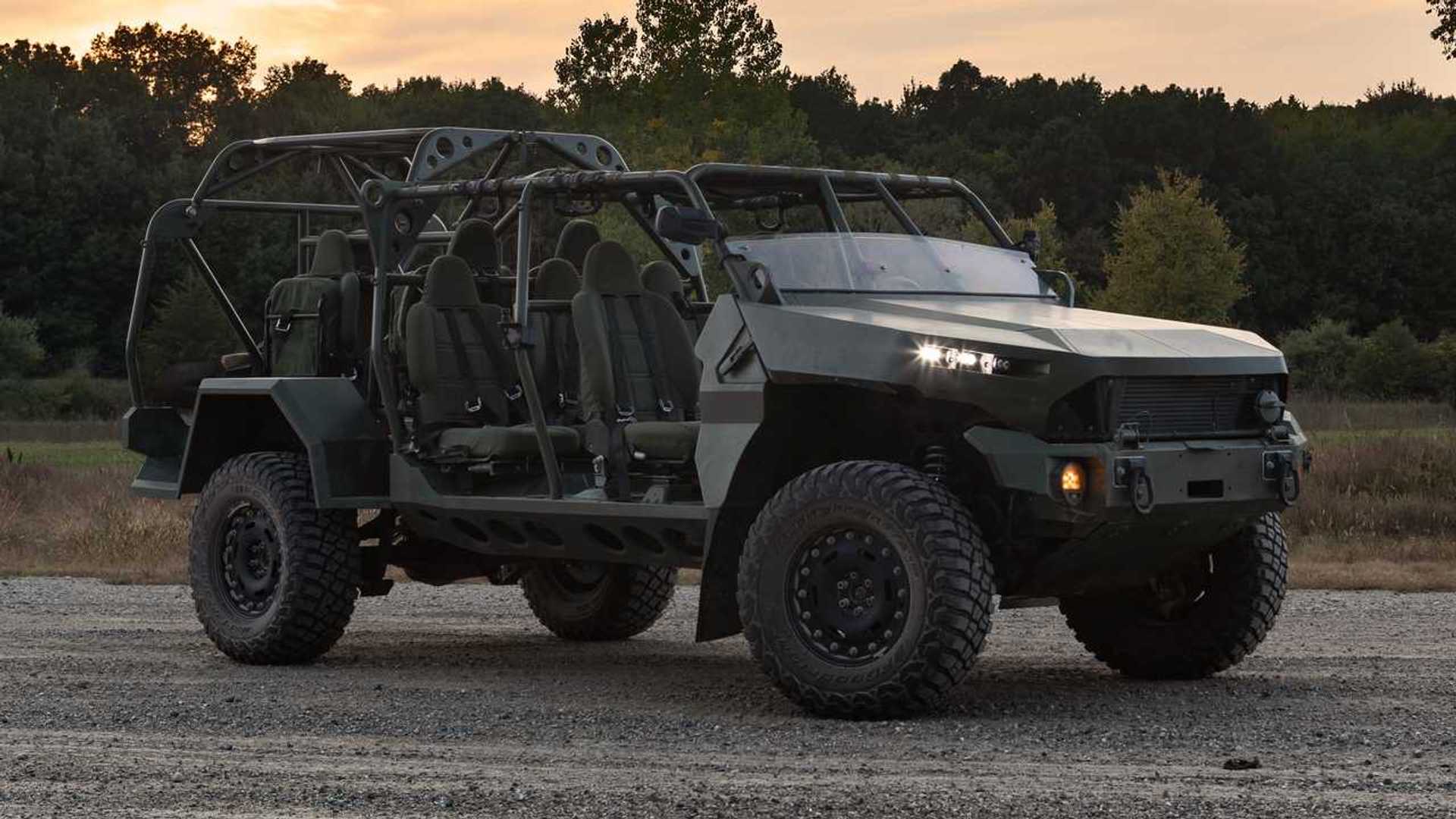 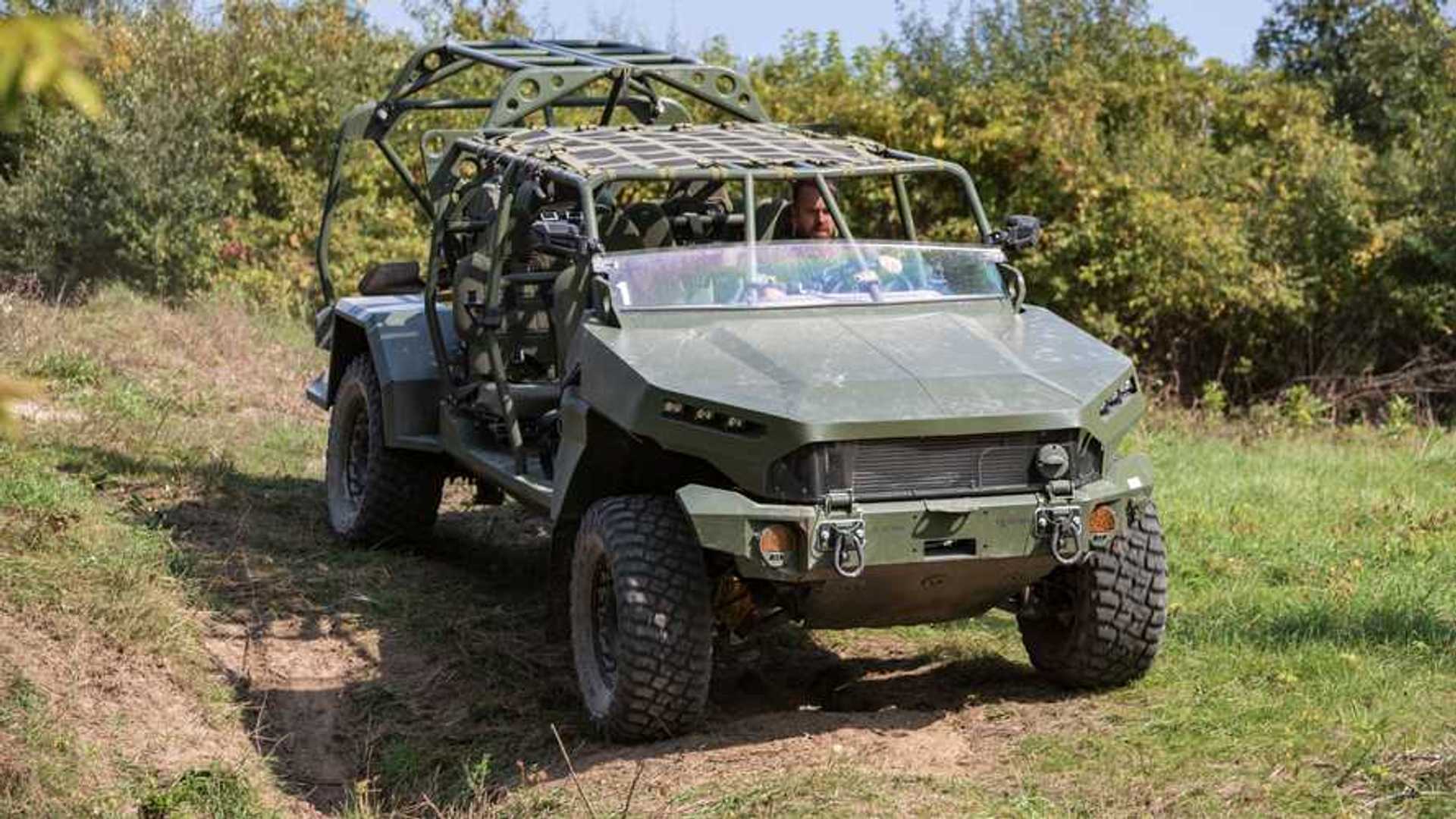 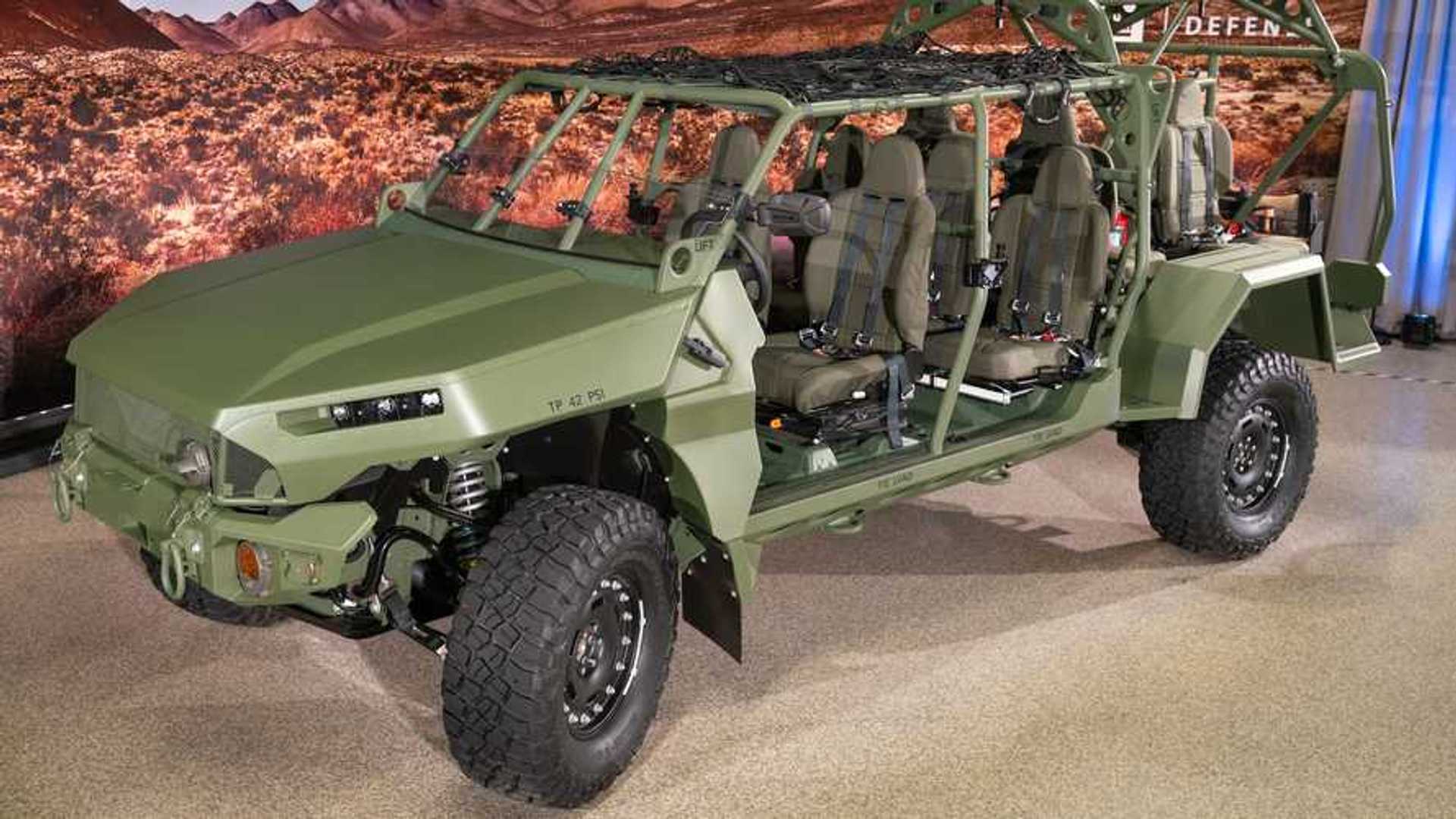 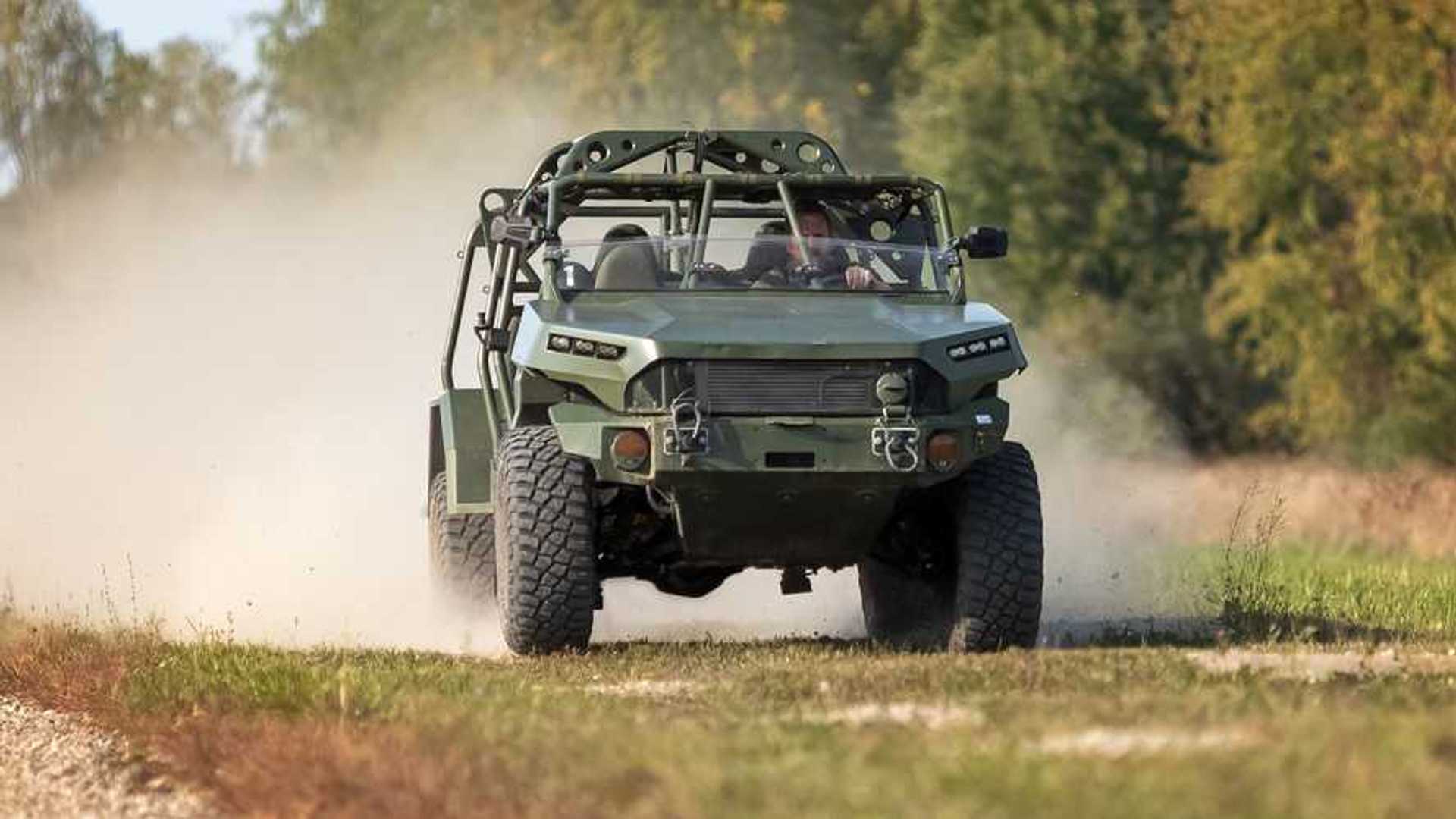 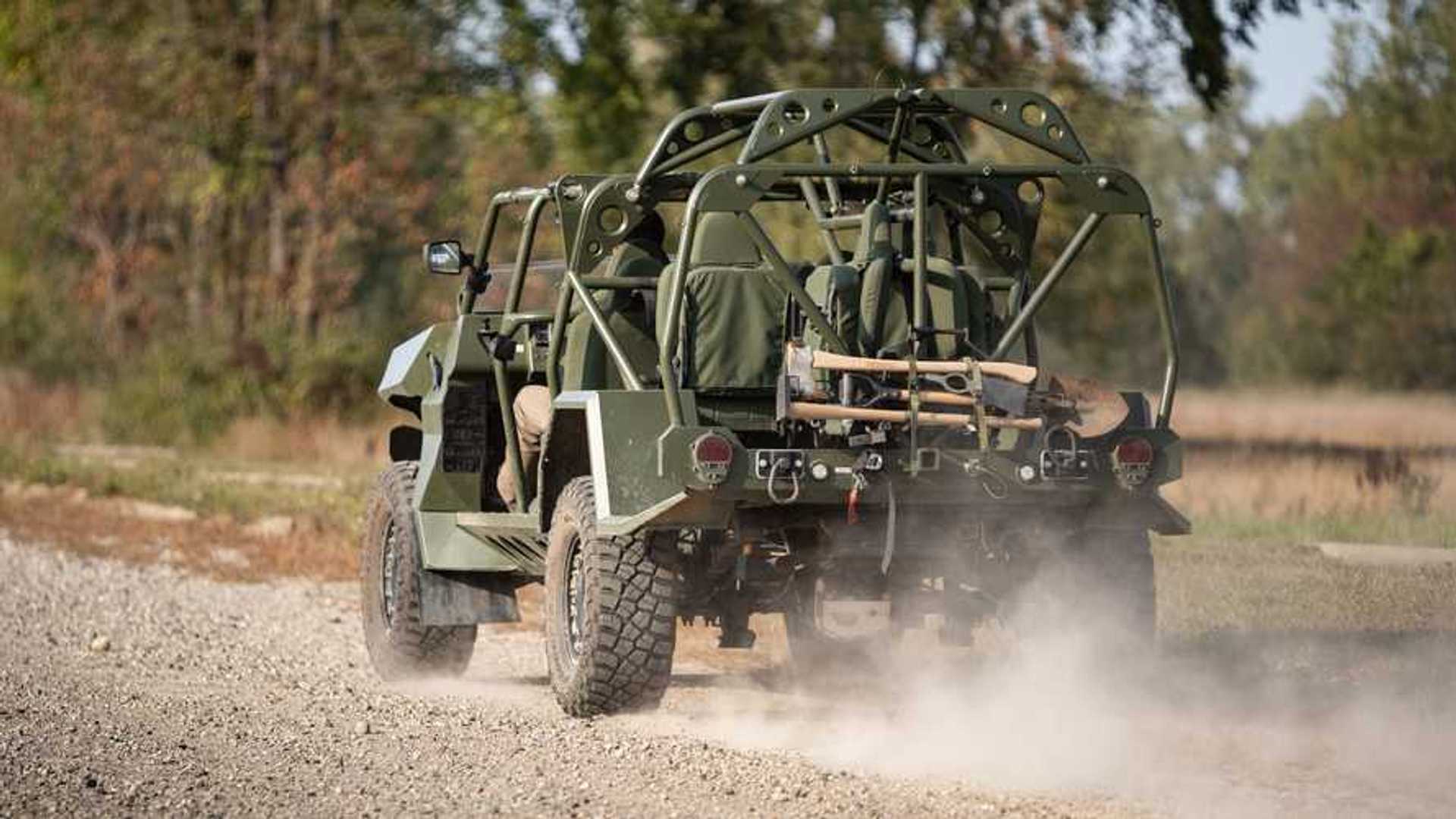 As mentioned, the GM Defense ISV is based on the Chevrolet Colorado. It uses off-the-shelf parts, including some from the Colorado ZR2 and Chevrolet Performance race parts. However, the ISV isn’t a pick, with GM Defense converting the bed into additional seats.

With roll bars surrounding the occupants, the ISV can ferry up to nine soldiers on various terrains. This is possible with the use of components such as Chevy Performance long-travel, desert-racing suspension with Multimatic’s Dynamic Suspensions Spool Valve (DSSV) dampers and jounce shocks, long-travel rear leaf springs, and high-angle upper control arms.

Powering the ISV is a 2.8-liter Duramax four-cylinder turbodiesel engine that produces over 186 horsepower (139 kilowatts) and 369 pound-feet (500 Newton-meters). It also has a four-wheel-drive system that includes electronic locking differentials, front and rear.

In line with the electrification trend, GM Defense also created a one-off electric ISV, referred to as the All Electric Concept Vehicle. The concept uses GM’s eCrate electric powertrain that uses an electric motor making 200 horsepower (149 kilowatts) and 266 lb-ft (361 Newton-meters) of torque. With a 60-kilowatt-hour, 400-volt battery, the electric ISV’s range is estimated at 70 to 150 miles.