Cramming a V8 into a midsize truck or SUV is a surefire way to sell as many as you can build, especially if the V8 is one as renowned as Chevrolet’s 6.2-liter small block. We reportedly came within a few months of seeing one in a Chevy Colorado, as Australian media reports such a truck was in the works—only to go the way of Holden when GM killed its Aussie brand last year.

Drive (unaffiliated) reports the V8 Colorado entered development in 2017, around the time Holden was producing its last cars domestically. Holden Special Vehicles (or HSV) was tasked with coming up with a counter to the Ford Ranger Raptor, and it settled on building up a Colorado using the aforementioned 6.2-liter V8 and 10-speed automatic from the Camaro.

Two test trucks were built with this drivetrain, one a right-hand-drive Holden and the other a left-hand-drive ZR2 supposedly meant to pave the way for a U.S. model. Their 455 horsepower and 455 pound-feet of torque were said to slingshot the V8 Colorado from zero to 60 mph in under five seconds, all without sacrificing the Colorado’s best-in-class tow rating of 7,700 pounds. Slowing all that mass down is done with four-piston AP Racing front brake calipers, and was planned to involve upgrading the rear drums to disc brakes. 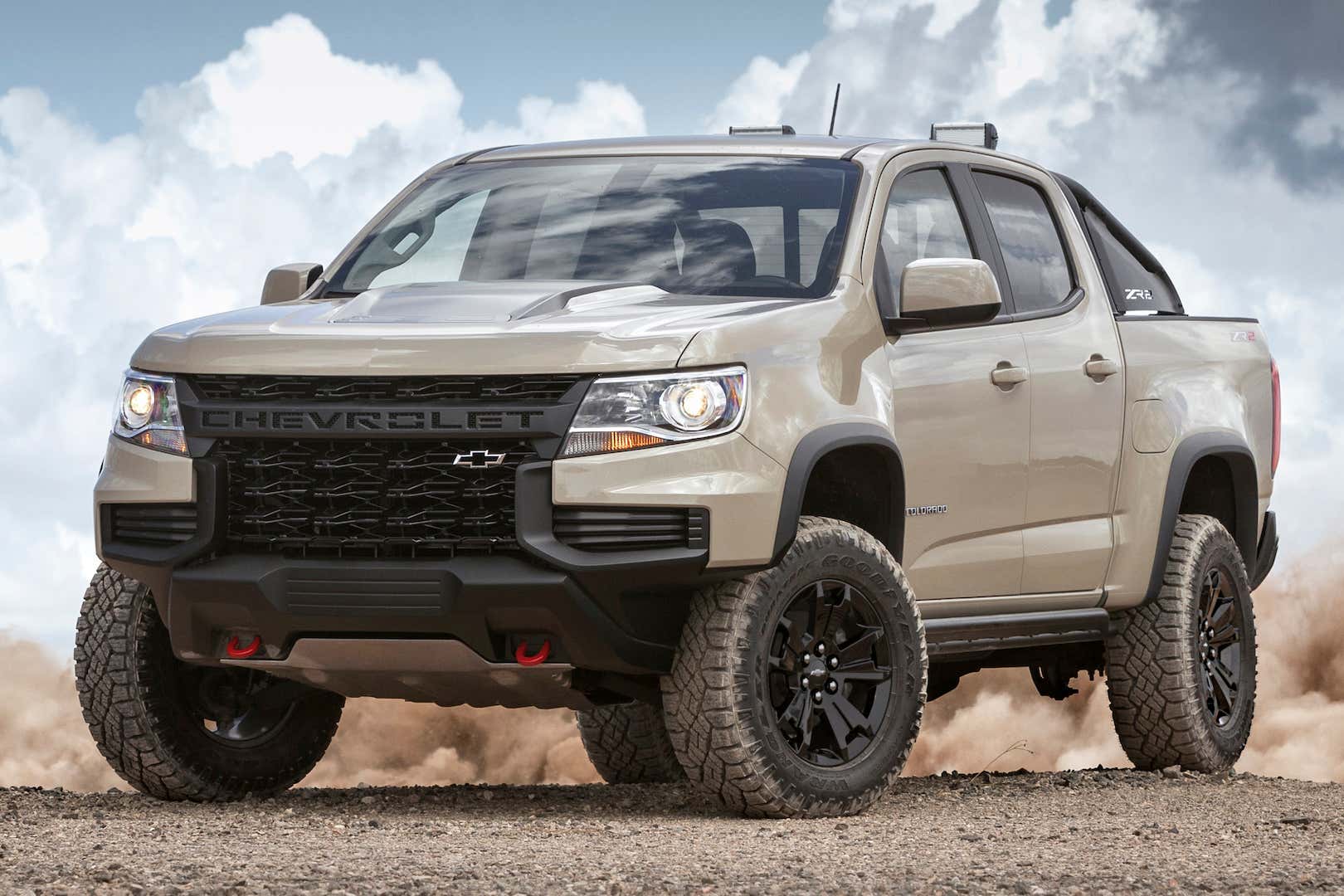 HSV refined the V8 Colorado over a two-year period, retuning its engine, transmission, stability control, braking, and so on, and even performing tests to make sure the truck met local noise laws. The finishing touches were even starting to come together; the truck looked set to be christened the Thundercat, a factory in Thailand was ready to build the truck, and there were even projections of how many would sell, and at what price. GM reportedly predicted it’d move 2,000 V8 Colorados a year, at a price roughly equivalent to $57,750 USD.

But in early 2020, GM killed the Holden brand entirely, and HSV more or less went with it. Just months away from the first trucks shipping, work on the V8 Colorado stopped, and the dev vehicles were mothballed. Until recently, that is, when Walkinshaw Automotive Group (formerly HSV) invited media to test the prototypes on track.

According to their impressions, the truck feels remarkably complete, with Drive stating it “feels like it came off a factory production line, not out of a speed shop.” They note exceptional performance from its drivetrain, and they were impressed by its maneuverability for a crew-cab V8 pickup. A sport truck, without a doubt. 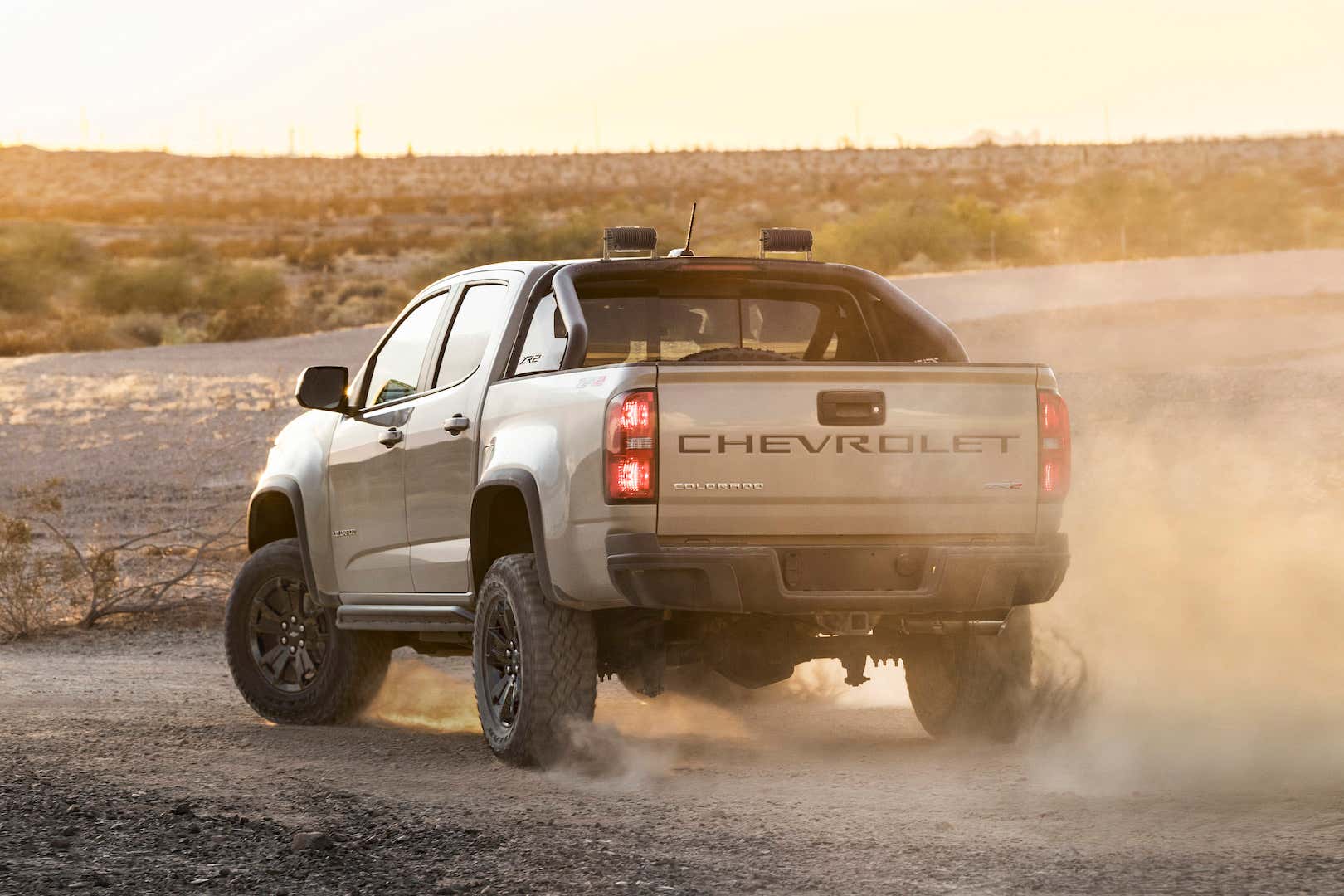 Gas mileage while testing on-track didn’t thrill them, and they didn’t find it as comfortable as the Ford Ranger Raptor, though the two trucks’ differing disciplines make that a dubious point of comparison in the first place. Still, the V8 Colorado serves as a reminder of what GM can do when it really tries. It has the industrial might to build world-beaters like the Corvette, Cadillac CT5-V Blackwing, and Chevy Cobalt SS Turbo. It just needs to remember to keep putting in effort after the engineering’s finished—looking at you, Chevy SS, Saturn Sky Redline, and Cadillac Blackwing V8.

The Drive reached out to GM for further details on the V8 Colorado program and we will update when we receive a statement.