Leo Kimble, a job foreman on Ford’s restoration of Michigan Central Station, was high atop a scissor lift, about to strike a cornice with a hammer when one of his coworkers, Lukas Nielsen, told him to hold his swing. Nielsen spotted something: a bottle, wedged upside down behind a piece of crown molding. They stopped working, carefully removed the bottle, and examined it.

Stamped on the side was the date “7-19-13,” a date matching the opening year of Michigan Central Station; 1913, of course. More interestingly, the glass container wasn’t empty. The beer that once filled the vessel was long gone, but taking its place was something much more interesting. Stuffed inside was a rolled-up slip of paper—a literal message in a bottle from more than a century ago. 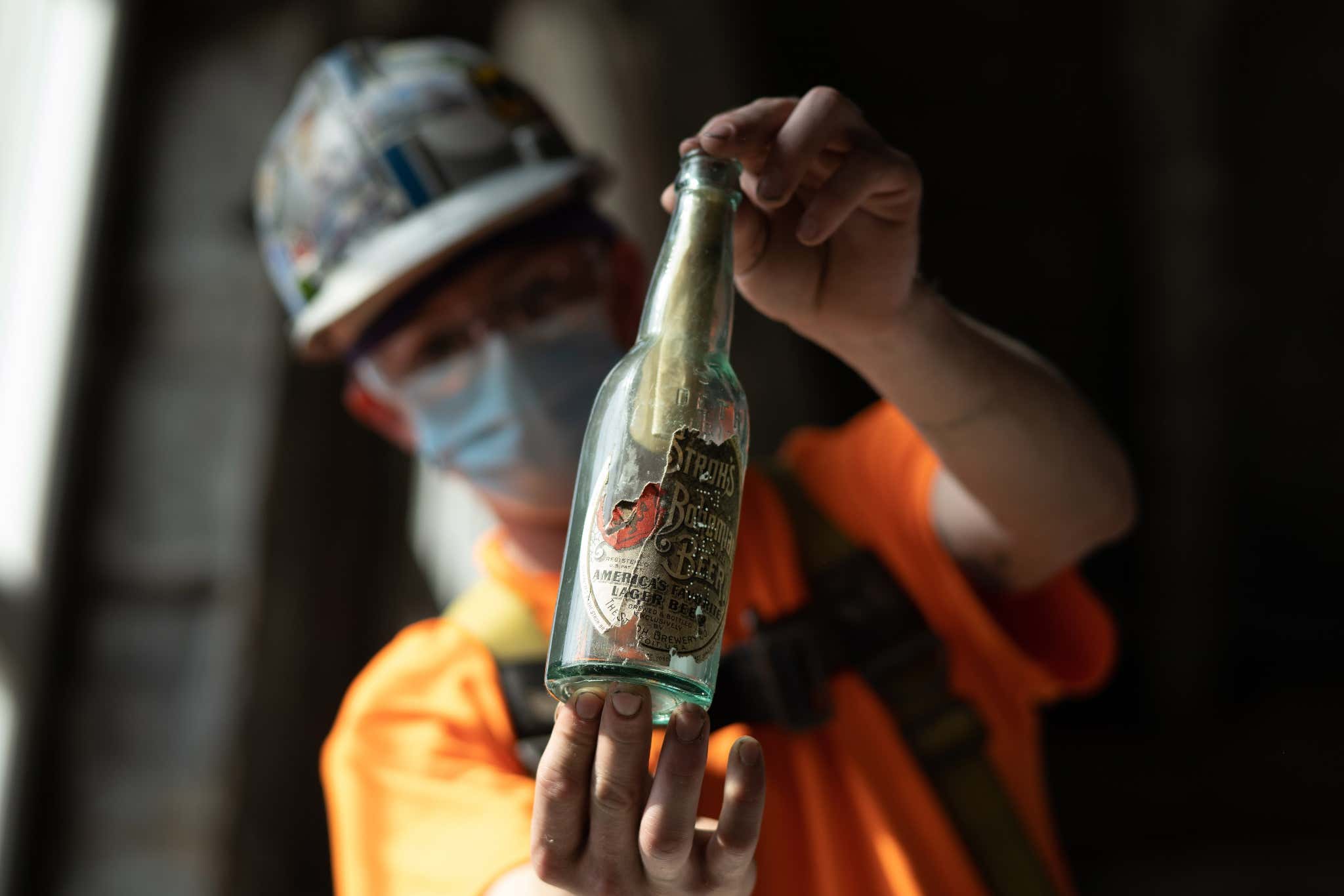 As a refresher, Ford is turning Michigan Central Station into a “mobility innovation district.” As well as restoring the building, the Blue Oval is paying for the creation of a lively campus around it, revitalizing the area into something arguably more beautiful than its original form.

The two workers who found the bottle, Kimble and Nielsen, said that the urge to pull the slip of paper out and read it was almost irresistable when they found it. However, it was later found to be so fragile they were certain that “If we did anything to remove it, we would have destroyed it.” After archivists were able to get the paper to the right temperature and humidity, it was unraveled. 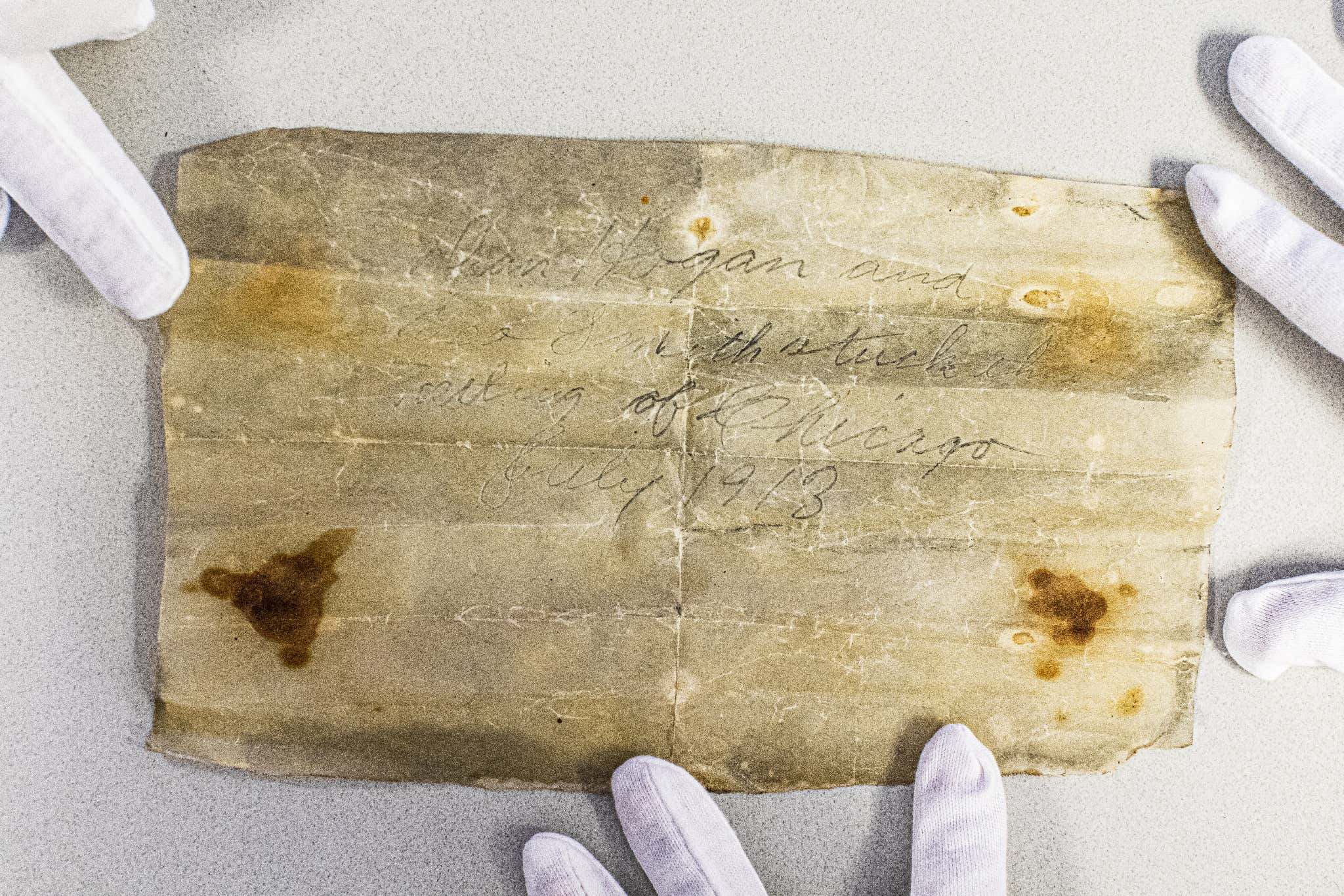 We spoke to Ford’s Heritage and Brand Manager, Ted Ryan—who also assisted us during our hunt for Ford’s turbine-powered semi-truck Big Red—to see what his take on the text was. According to him, it says “Dan Hogan & Geo Smith stuck this ceiling of Chicago, July 1913.” This might not have been their first beer seeing as the station is in, y’know, Detroit. It pretty much just says “me and my friend stuck this bottle here for fun,” and my guess is they were from Chicago. Seems like something someone might stick in a wall today.

When the two workers found the bottle, they brought it to the project superintendent, David Kampo, who passed the news up the chain of command to Rich Bardelli, the project manager. 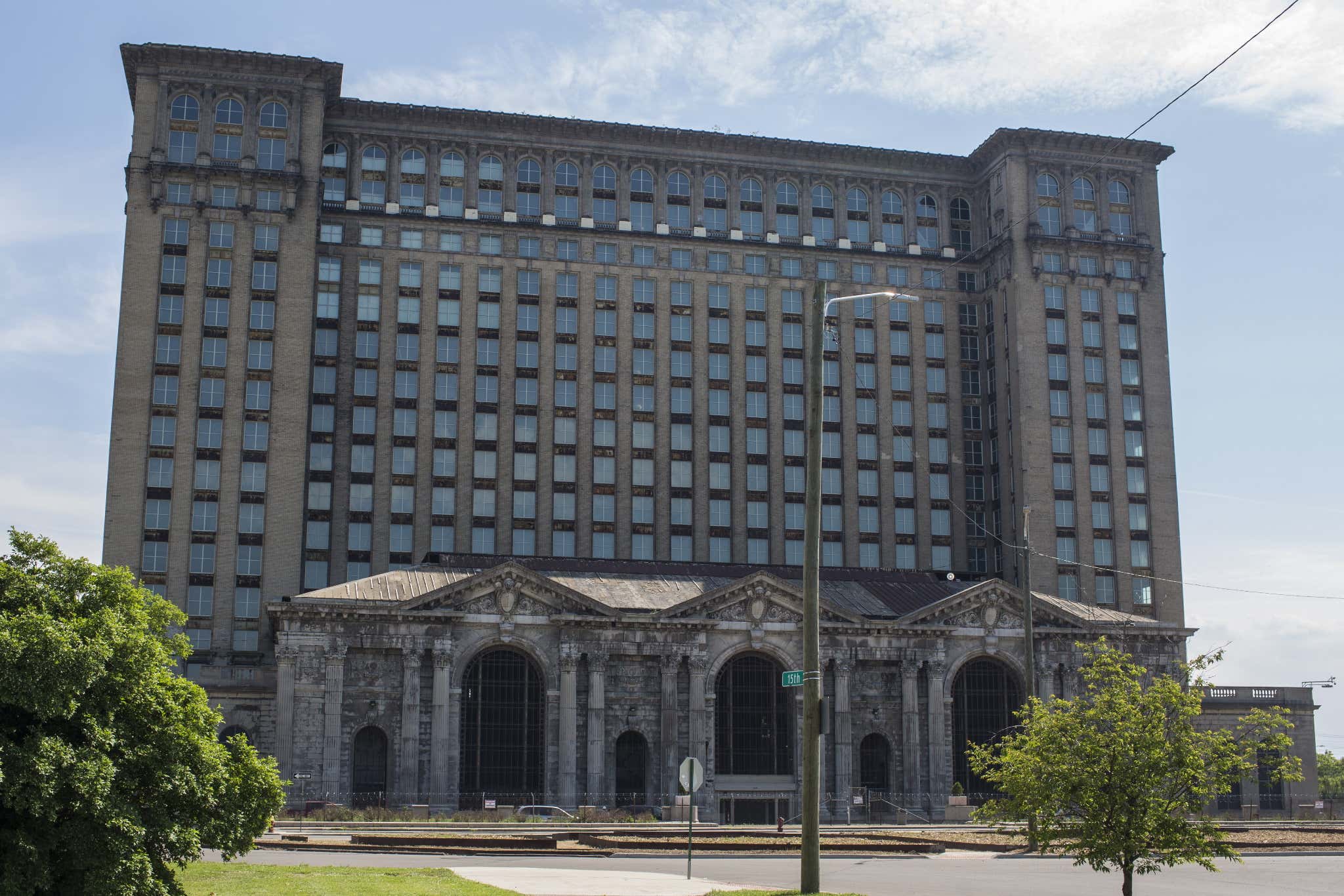 Bardelli ensured the artifact was handled properly, once again resisting the urge to pick out the paper inside and unravel it. Instead, it was transferred to Ford’s archives in Dearborn where it could be handled properly. In a press release, Ryan said, “The main thing you have to do is slow down the deterioration of the paper.” He continued to explain that, for long term storage, the right temperature and humidity levels must be mainted to ensure organic materials like the paper don’t deteriorate at a rapid pace.

Speaking to The Drive, Ryan said, “The message in a bottle story for me was one of the care and passion that the workers who are restoring the station are showing for the building,” continuing to say that the bottle was “just the latest of a number of object that have been located by the crews and then turned over to the Archives.”

Already, several more artifacts from the same period have been removed from the site; there was a brass button, other bottles, a plate, and additional tiny pieces of history. They all come from a time when the building was living through its better days, but its full restoration and local transformation into a “mobility innovation district” is set to be completed by 2022. The station’s best days might still be ahead of it. 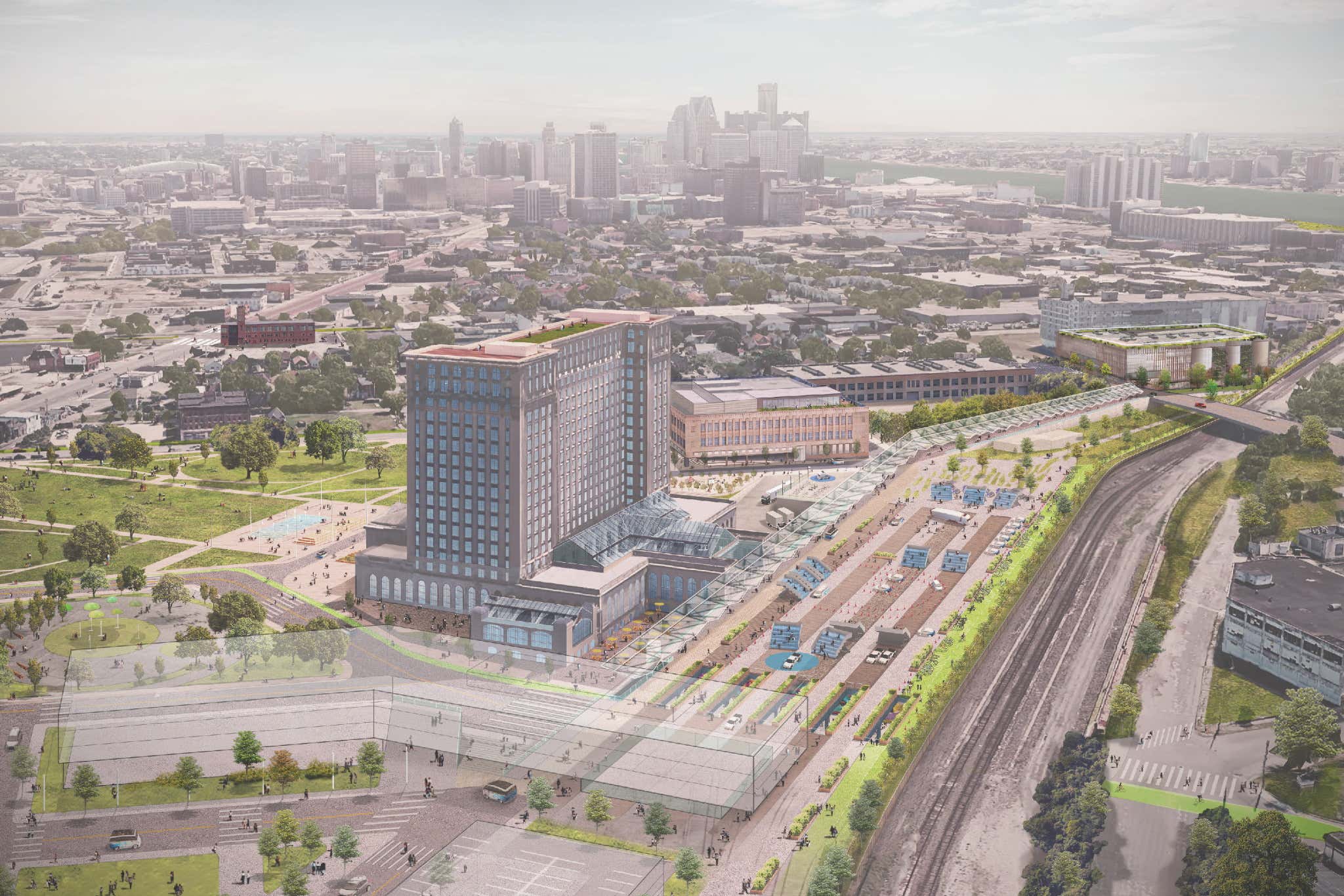 Nielsen, the worker who found the bottle, said, “I would drive by [Michigan Central Station] and wonder what’s going to happen to [it]. Now, we are going to be part of the history of the building. It’s good to see it being revitalized after sitting derelict for so long.”