The Porsche 911 is usually a pretty good car whichever model you buy. The Prime Minister of Kuwait certainly had an eye for performance, though, when he purchased a 911 Turbo S back in 1998. His Highness Sheikh Nasser Al-Mohammad Al-Sabah even went so far as speccing out some rather lurid color choices for the car. Now, that very Porsche could be yours, being sold by Pfaff Reserve at a rather strange list price of $888,888.

As spotted by Daniel Golson, the specially-commissioned vehicle is finished in Vanilla Yellow; it’s a cool tone, adjacent to white with almost a hint of green to it. Paired with the usual Turbo S rims and yellow brake calipers, it’s an unusual choice, but in itself, not worth an article alone. Rest assured though, His Highness was just getting started. 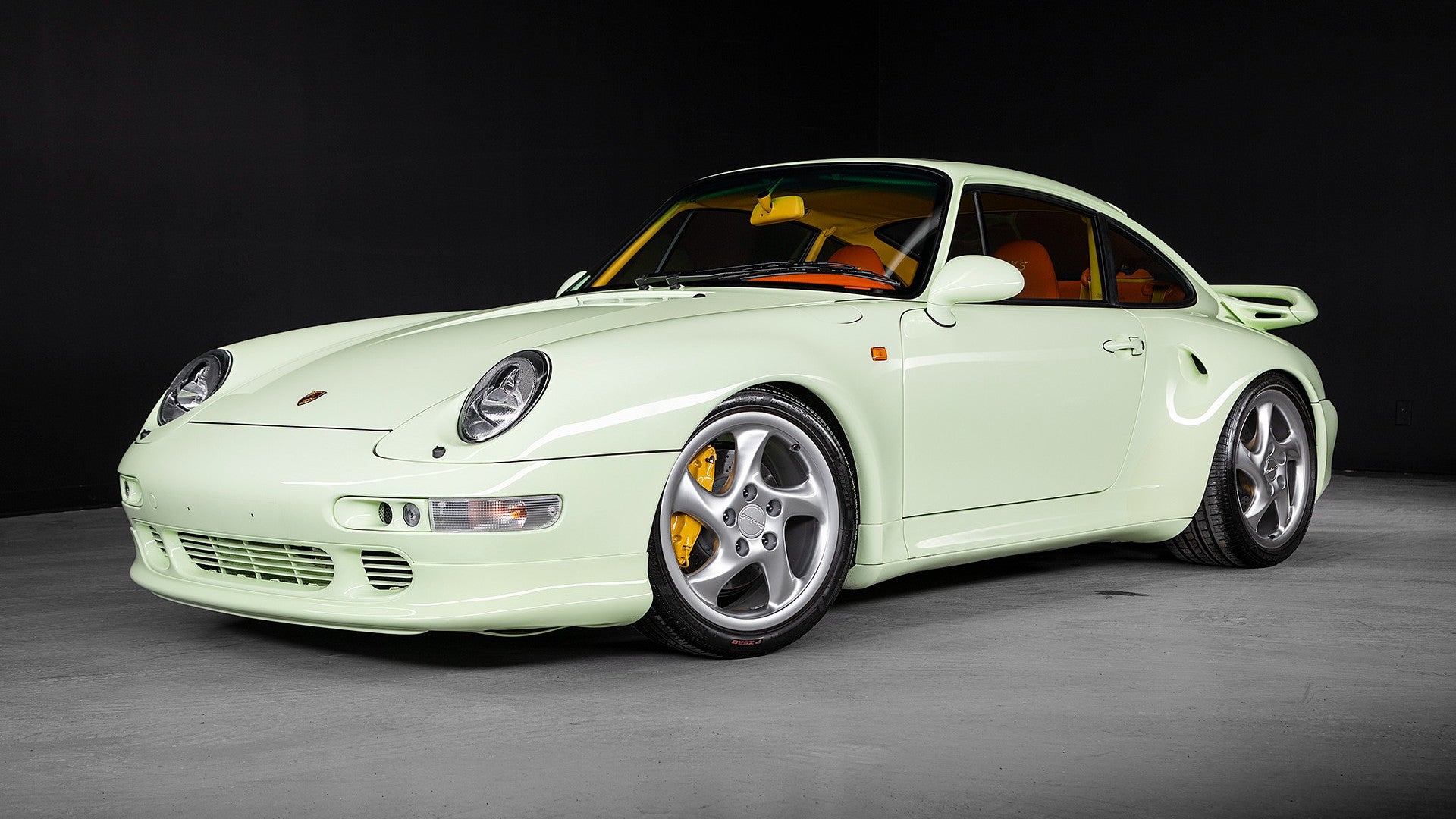 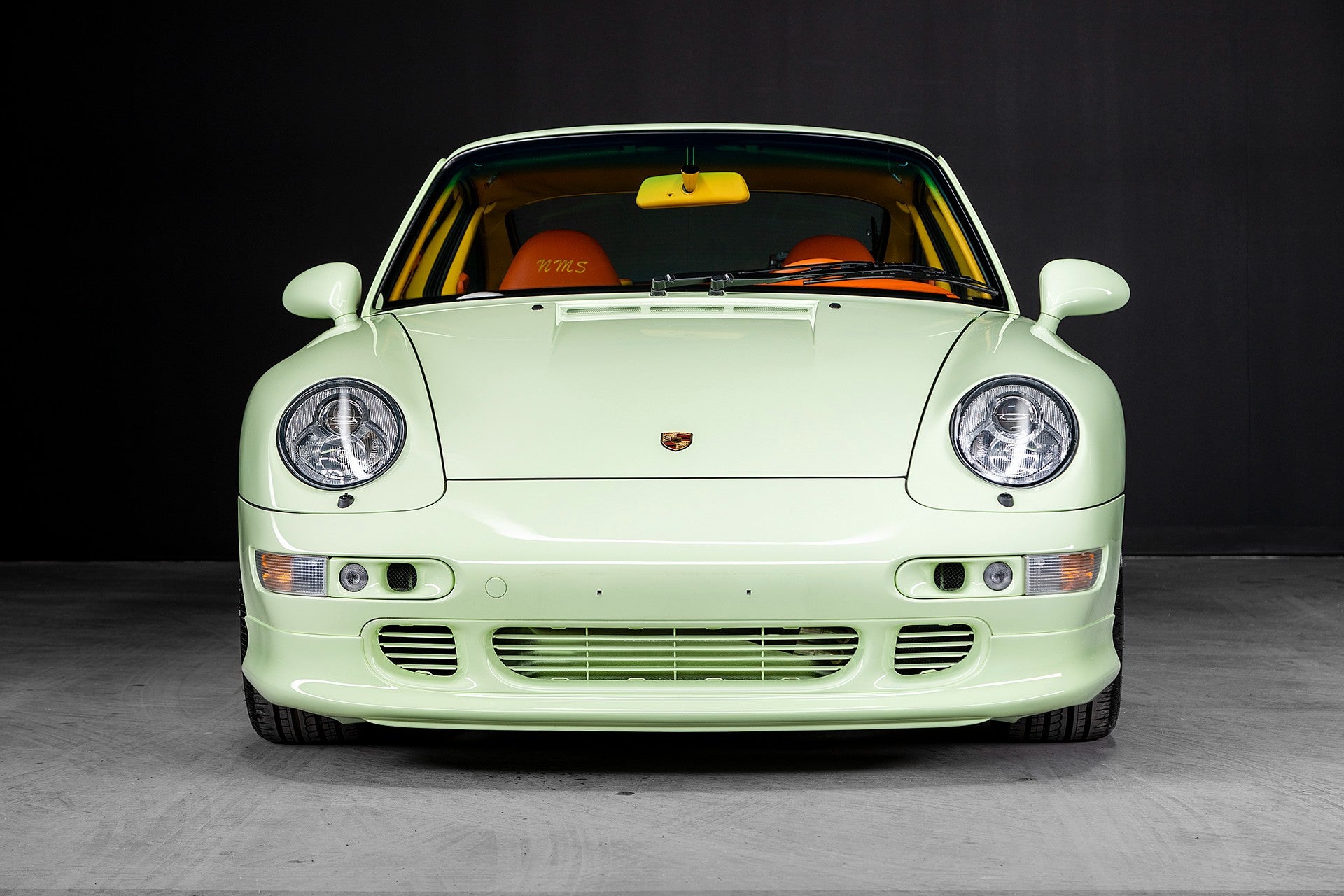 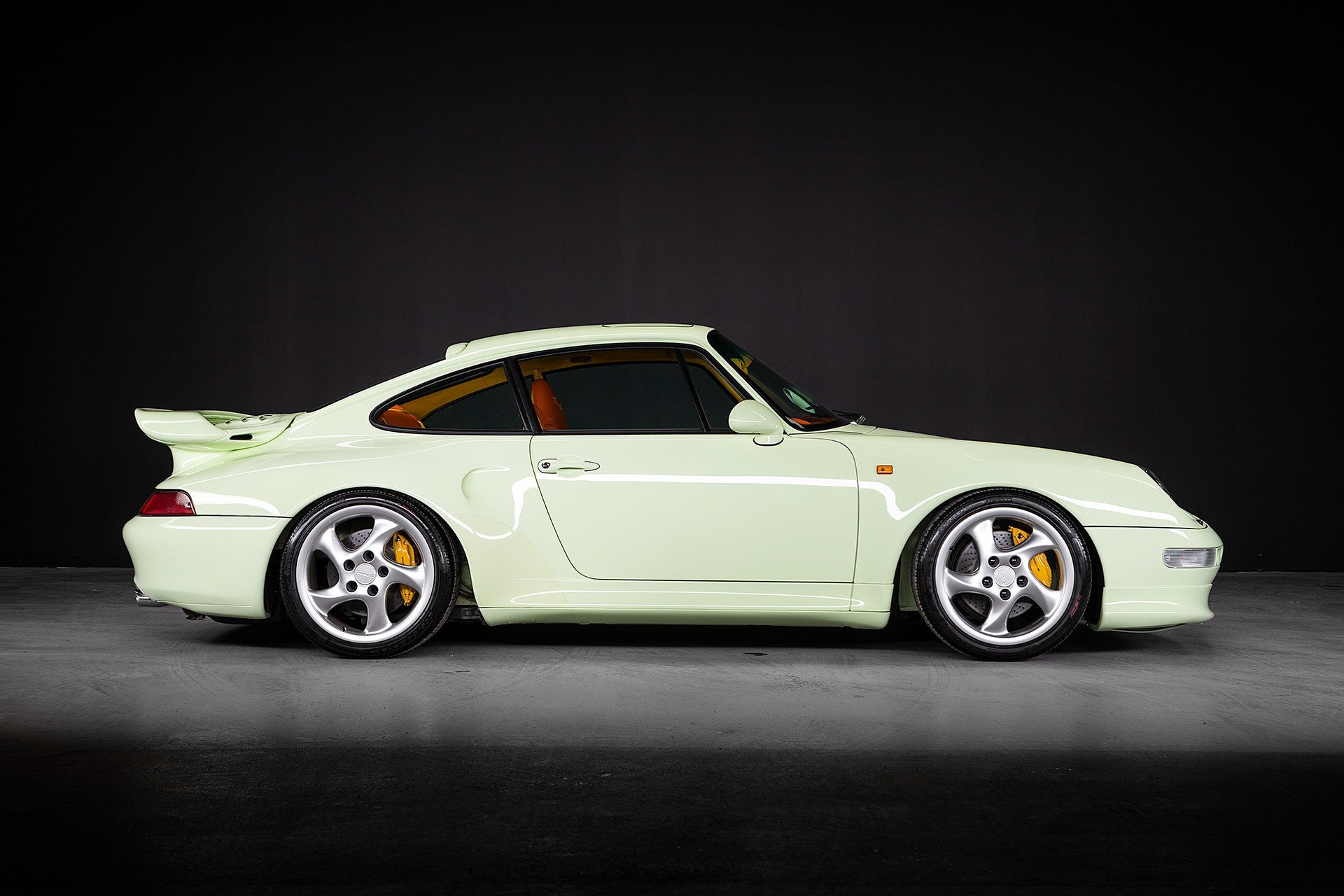 Where things really get wild is the two-tone Porsche Orange and Yellow interior. Normally you’d have to open the doors to notice a car’s interior finishes, but this searingly-bright leather is readily visible from a mile away. Amazingly, the two contrasting colors are joined by plenty of woodgrain paneling in the interior, which kind of works, but also really, really doesn’t. Naturally, the carpets are a different color again, in tan. We almost wonder why the Prime Minster didn’t just go for purple to really drive the madness home.

Other touches that tell you this is a special car include the seats embroidered with the owner’s initials – NMS – in the headrest. Even better, virtually everything that could have been wrapped in leather has been, from the seatbelt buckles to the little controls for the power side mirrors. You love to see it. 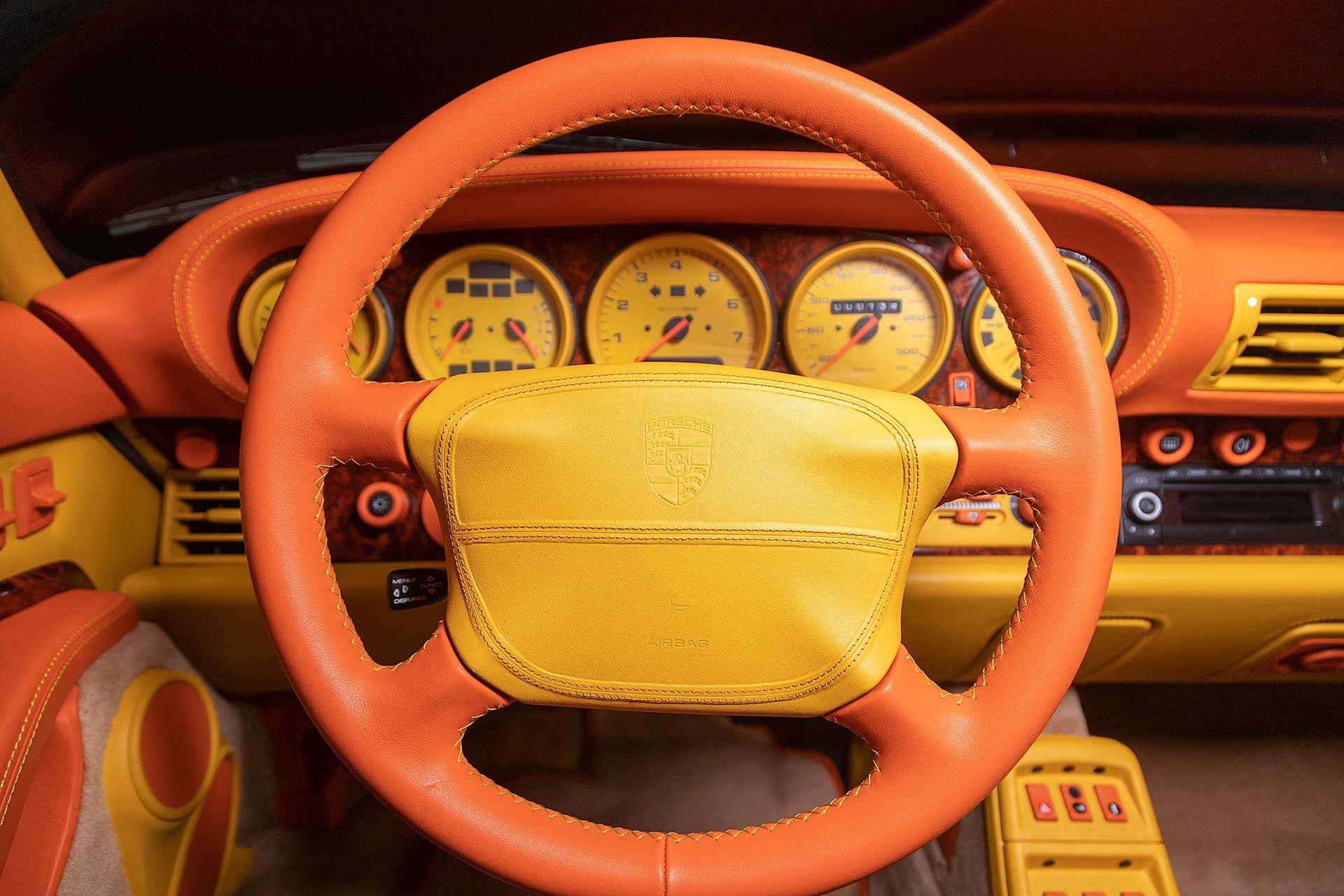 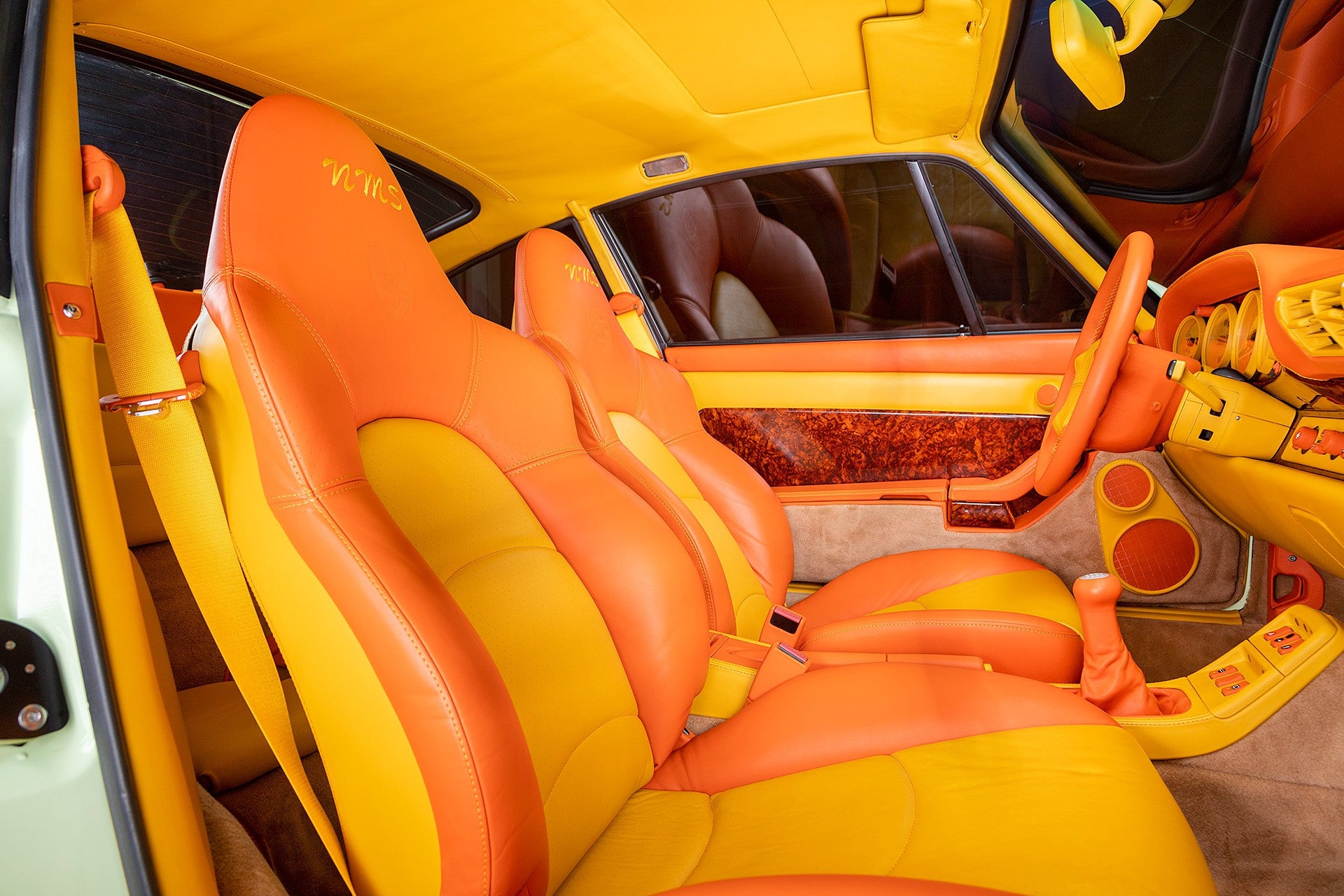 Performance-wise, the car features a twin-turbocharged 3.6-liter engine good for 450 horsepower. Drive is sent to all wheels, with the car featuring a classic manual gearbox for shifting the old-fashioned way. The last of the air-cooled 911 Turbos, the car weighed in at 1,500 kg and could accelerate from 0-60 mph in 3.6 seconds on its way to a top speed of 184 mph.

Interested buyers should note that documents from the original Commission Meeting with Porsche are available with the sale. Other papers include full invoices for the complete restoration performed by Porsche Classic in Germany, totalling a mind-bending €446,500 euros, The vehicle has completed just 106 km since the restoration was completed, with total mileage quoted at 135 km. 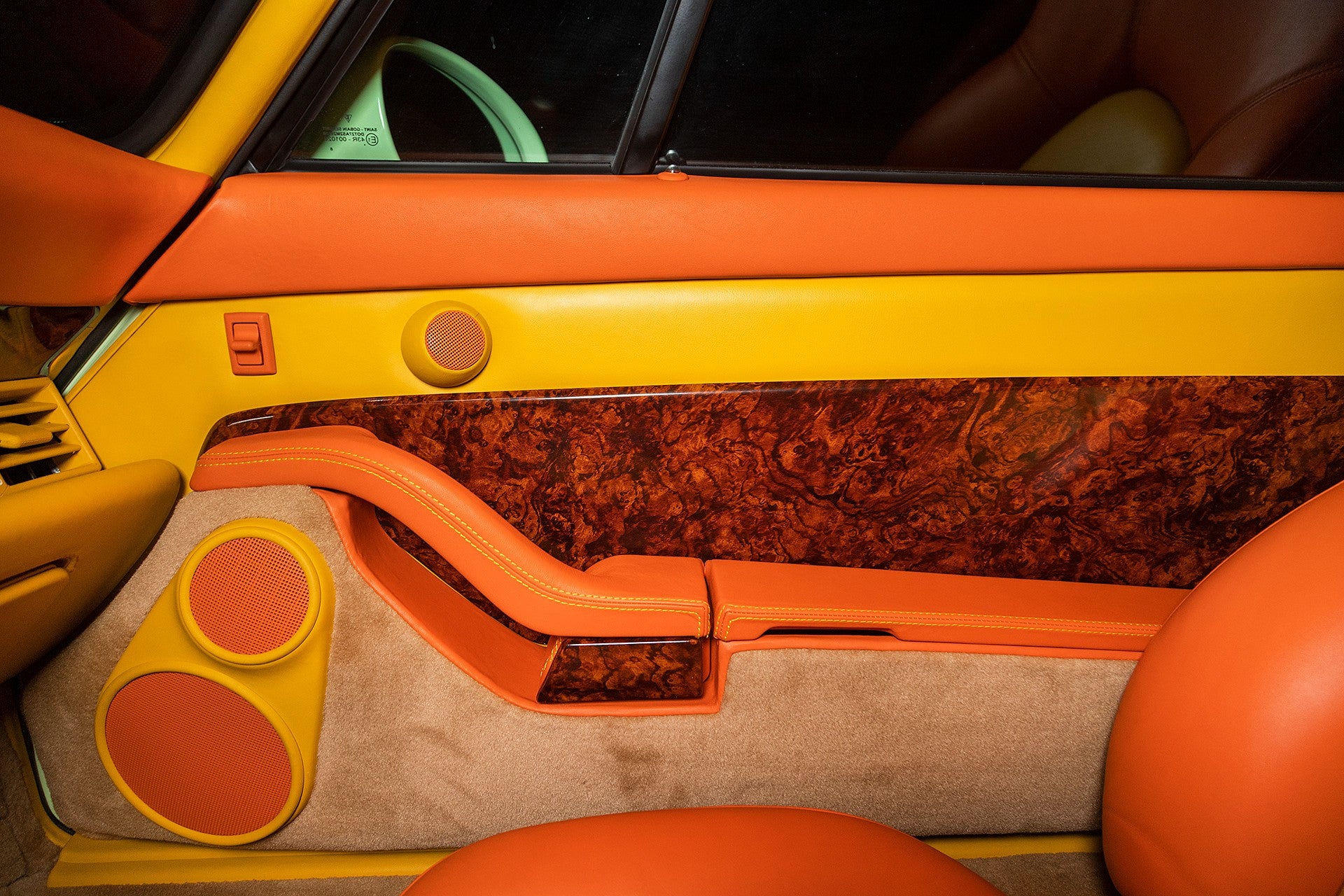 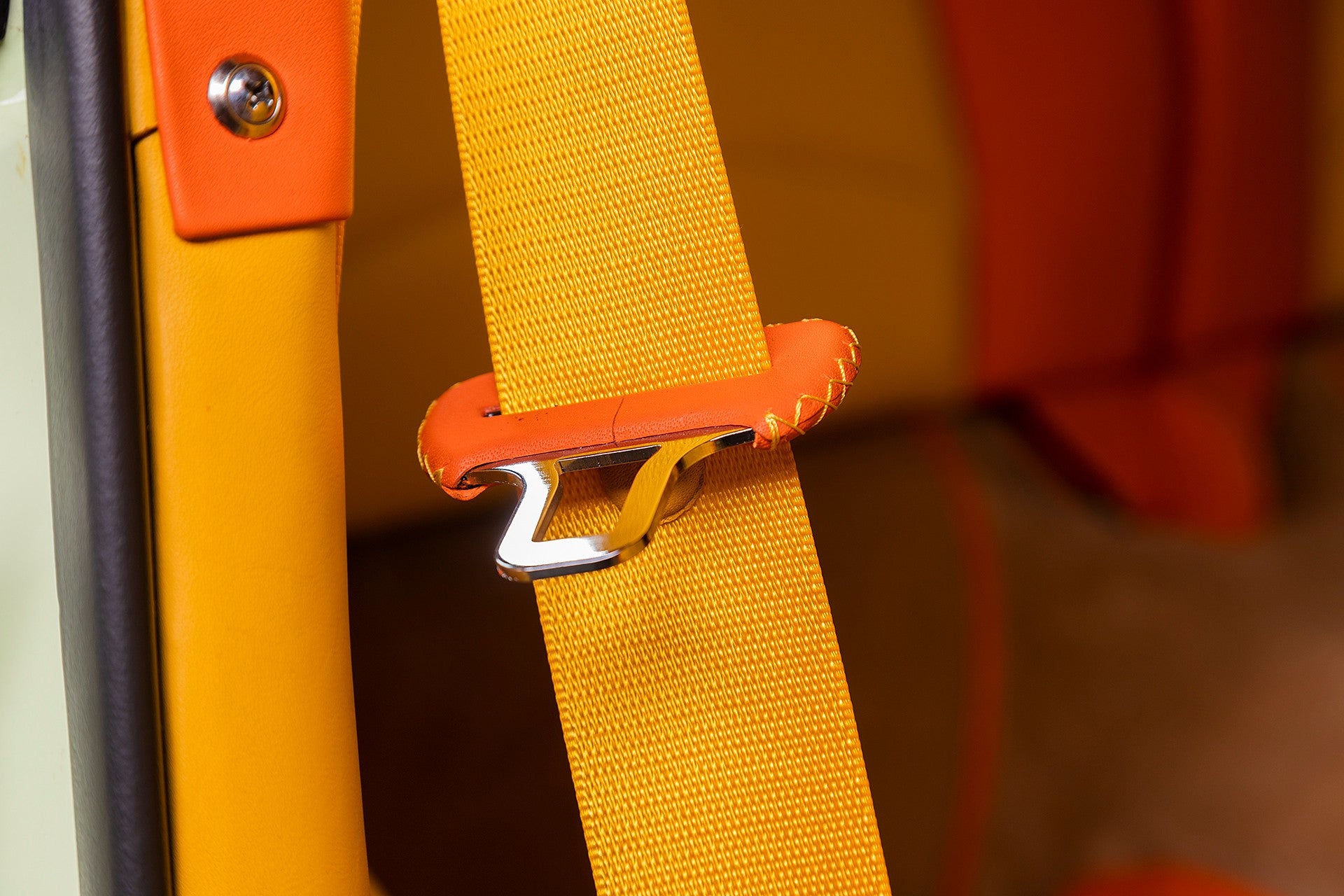 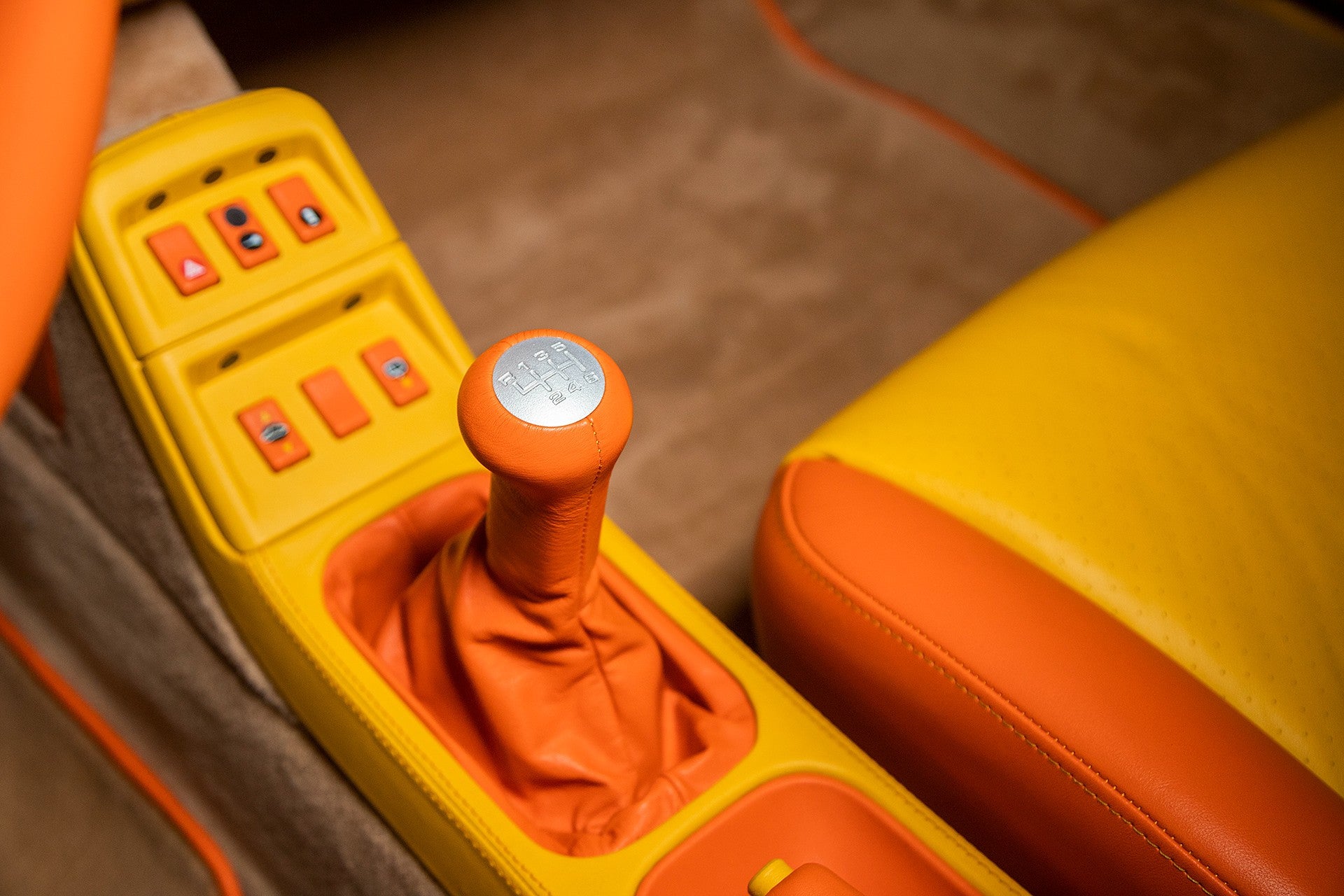 It’s a strange car with a unique owner and a colorway that screams “McDonald’s playground” rather than “distinguished German sportscar.” The fact that it’s barely been driven only adds to the mystery, and also, the price. Typically, a 911 Turbo S of the 993 generation would command in the mid-$200,000 range according to Redbook. Some fancy RUF-fettled versions have topped $400,000 on Bring A Trailer, too.

The vehicle may be listed at such an elevated level due to the huge sum apparently spent on its restoration. Alternatively, it could just be that the former Kuwaiti Prime Minister is just that darn famous that people are clamoring to purchase his cars. Having served as Prime Minister from 2006 to 2011, Nasser Al-Mohammed resigned multiple times during his tenure and tangled with a constitutional crisis. However, this didn’t stop him funding the restoration of his cherished Porsche from 2010 to 2014. 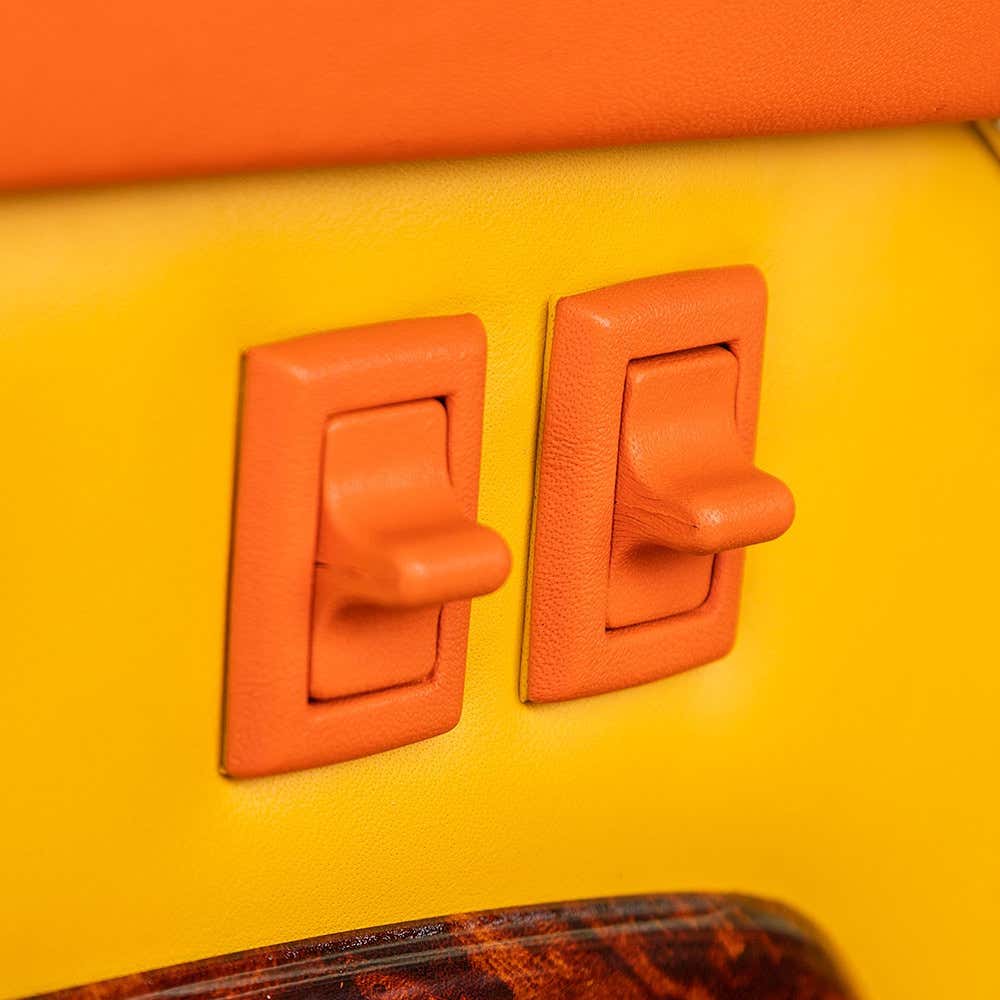 A fair analysis is that the car would probably age incredibly poorly if used regularly; one suspects the leather wraps on all the buttons and controls might not be as robust as typical automotive switchgear. It could be perhaps that while the candy-colored Porsche is a fun diversion, it may not be the ideal car to live with on a daily basis. Sound off with your takes in comments, and let us know whether you think Nasser Al-Mohammed has dope taste or needs his eyes checked.