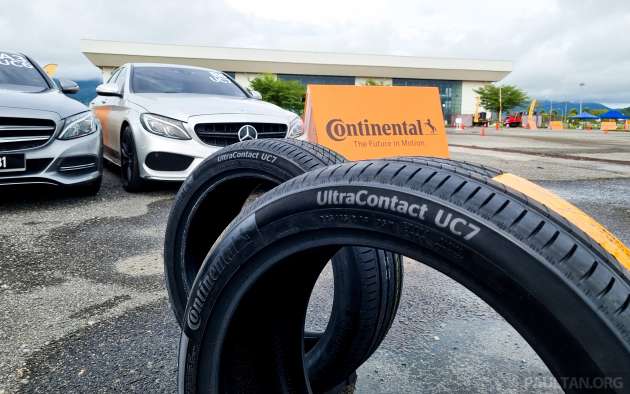 Continental Tyre Malaysia (CTM) recently held an official launch event for the new UltraContact UC7 in Langkawi, which comes following the announcement of the tyre’s availability in the country back in September.

The first of the brand’s Generation 7 products, the UC7 succeeds the popular UC6 by delivering improved braking and control on wet ground. This is on top of other performance aspects that are also enhanced, including fuel efficiency, dry braking and handling.

These improvements are a result of more than 9,500 hours of designing, simulating, building and testing of prototypes that involved a global team of around 25 engineers and material experts. During the UC7’s development phase, prototypes were subjected to over 850 tests under various conditions that logged a combined distance enough to circle the Earth 12 times.

Described as an all-round tyre that is tailored for a wide range of vehicle types, the UC7 carries the brand’s Confidence+ Technology and features what it calls ‘Diamond DNA’, which is headlined by three distinct features: Diamond Compound, Noise Breaker 3.0 and Aqua Channel Advanced.

To practically demonstrate these features, we were given the opportunity to try out the new UC7 on the road as well as in a series of tests held in a controlled environment. For good measure, several units of the Mercedes-Benz C-Class cars available to us were fitted with the outgoing UC6 so we can experience the differences firsthand.

The programme kicked off with a drive towards the Els Club, with the route serving as a good test of the UC7’s Noise Breaker 3.0, which leverages on the narrow longitudinal grooves (called Flow X-celerator) found on the tyre to interrupt the sound waves travelling through the main tyre grooves.

By breaking up these sound waves and dissipating them into smaller frequencies, the Flow X-celerator grooves prevent noise from building up and travelling into the cabin of the car. This works with the specially developed Diamond Compound that absorbs road impacts to reduce noise generation. 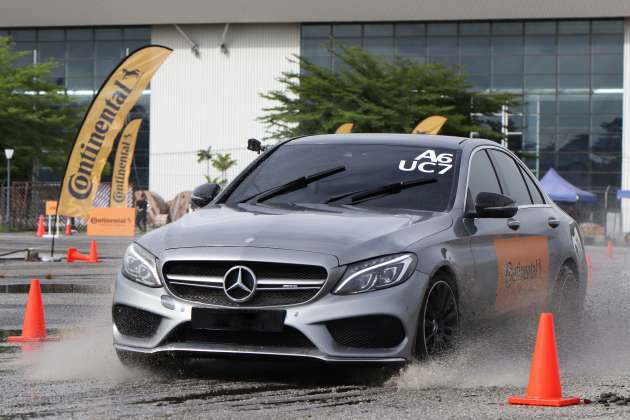 During our drive, noise, vibration and harshness (NVH) levels were slightly better with the UC7 than the UC6, although it isn’t a night and day difference. In any case, we didn’t notice considerable tyre roar and it was relatively comfortable when going over less than ideal road surfaces.

On the winding Jalan Datai, the UC7 provided reassuring grip levels, particularly in sections that were damp thanks to our Malaysian weather. This is again thanks to the design of the Flow X-celerator grooves, which takes advantage of the Venturi effect to accelerate water flow through its narrow constriction to push water out.

Further helping evacuate water away from the tyre are the UC7’s Aqua Channel Advanced surface sipes that serve as drainage for the tread blocks so the tyre can maintain as much surface contact with the road. 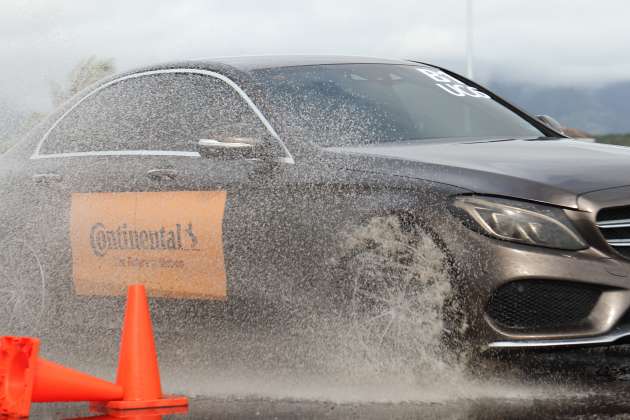 These features do result in a noticeable improvement in terms of wet grip, which is more apparent when we tried out the UC7 in the slalom, braking and quick lane change tests. In slalom and quick lane change scenarios, the UC7 inspired more confidence when executing these manoeuvres, providing better control and assurance compared to the UC6.

Meanwhile, in braking tests, the UC7 exhibited shorter braking distances on wet surfaces too, with the Diamond Compound formulation optimised to transform kinetic energy into heat, with the process aided by hysteresis – the higher the more efficient the conversion.

We noticed a difference of around 1-2 metres in braking distance between the UC7 and UC6, which can be considerable in emergency situations. As for dry grip, we didn’t notice a significant difference from the UC6, although there is slightly less roll experienced through the corners with the UC7.

One aspect we couldn’t test is longevity, although we’re told that the Diamond Compound’s polymer network provides wear resistance for long-lasting tread life. If you’re curious about treadwear changes, Khoo Jan Sen, who is a tyre development engineer at Continental, told us that the UC7 has a rating of 380, up from the UC6’s 340.

For those who have an affinity for aesthetics, the UC7 showcases a new sidewall design that prominently displays the product name and brand name prominently along with a diamond icon, the latter pointing towards the ‘Diamond DNA’ features.

While our time with the UC7 was short, the improvements over the UC6 were immediately obvious and it is a compelling tyre for those who want something that doesn’t encroach into the price realm of Continental’s higher-end performance tyres like the PremiumContact, MaxContact and SportContact series. The UC7 is available in sizes ranging from 15 to 18 inches, which covers many mass-market cars, including those from premium marques.