It’s too early to judge, but the initial impression is positive.

Hyundai recently held a media event in South Korea, presenting two examples of its all-new Ioniq 5, including the interior of one of them.

We will take a look at the inside of the Ioniq 5 with Asian Petrolhead (who knows, maybe he will change to “Electrichead” someday).

The general impression is very positive – the materials and fit and finish are nice, “better than in Tesla Model Y.” There is basically everything that one would want in a mainstream model plus some additional features.

In the front, there are two screens (one for the instrument cluster, one for the infotainment), plus two additional small displays on the sides for the image from side cameras that replace side rearview mirrors. Of course, a standard version without cameras will be offered as well. 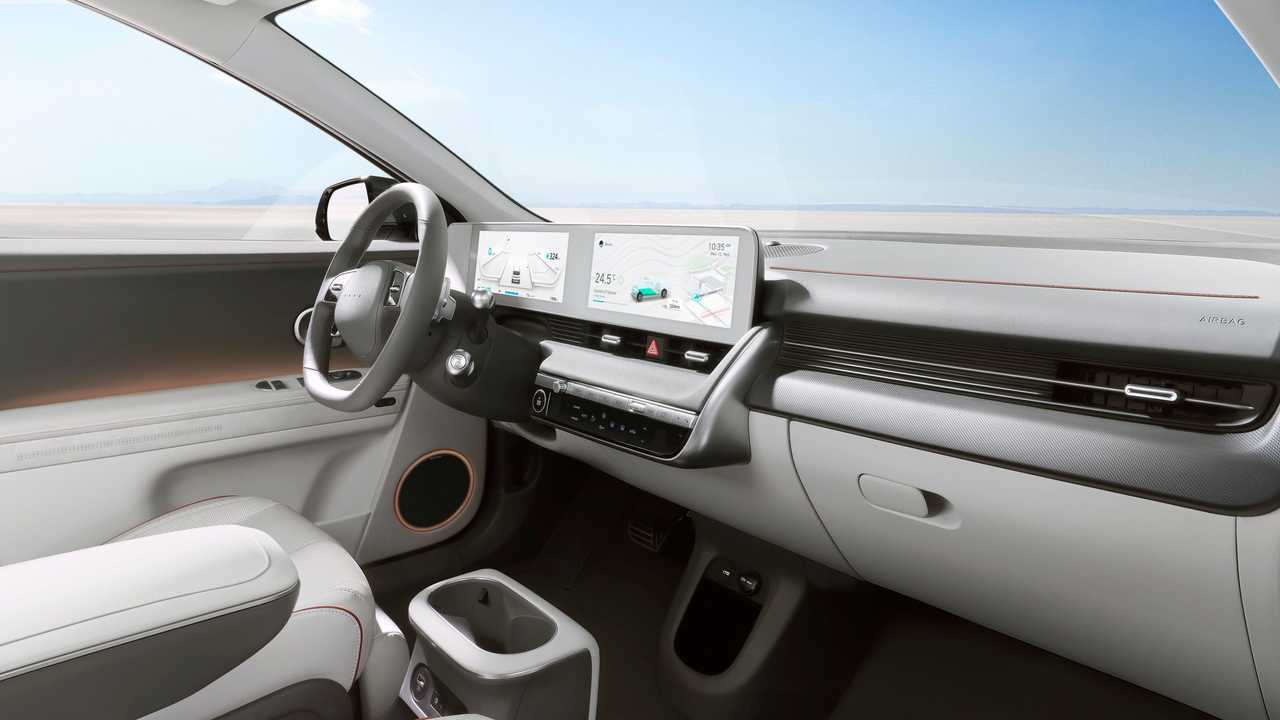 Asian Petrolhead notes that Hyundai kept a decent number of standalone buttons instead of going full-touchscreen, but some of those buttons seem to be capacitive, including on the steering wheel. The further reviews will tell whether it’s convenient and effective. The steering wheel has paddle shifters to adjust the regenerative braking power.

In the front there is a movable center console, there are all the ports (USB, wireless charging pad for phones and 12V outlets plus some storage space. The glovebox is quite big.

The Hyundai Ioniq 5 is benefiting from the E-GMP all-electric platform, which allows a spacious interior with a flat floor. In the Asian Petrolhead video, a 6.2 feet (1.9m) person had a good amount of headroom and legroom even in the rear row.

The rear seats move if needed and, are equipped with armrest and can be folded flat to increase cargo capacity. In the rear, there are also manual sunshades, two-stage heated seats, USB and storage area plus an electric outlet to power external electric appliances.

A quick look into the trunk reveals plenty of space. Hyundai also managed to add the front trunk (aka frunk) for additional stuff.