We couldn’t help but share this new vehicle accessory from SVI Engineering, a specialist manufacturer of armored vehicle products out of South Africa. What may look like an unwieldy front spoiler on the front of this Toyota Land Cruiser 79 is quite the opposite. SVI has created what it calls an Anti-Riot Hydraulic Scraper for its clientele of corporations, particularly mining companies, and governments.

SVI describes the scraper’s job as clearing a path through debris to allow security and medical personnel access to critical locations. And yeah, that’s one thing mining companies and governments could do with it. We could think of a few others.

The scraper itself weights about 100 kilograms, or 220 pounds, and can be raised up and down by hydraulics. In its raised position, the scraper acts like a big front bumper. But when it’s lowered and different “angles of attack” are chosen, it can bust through whatever obstacles rioters throw at it.

SVI provided a video (see above) that shows the scraper taking down a low brick wall. We’re not sure how rioters would have the time or skill to erect a brick wall, unless you’re facing the International Union of Brick Layers. What seems more realistic is the scene depicted in images provided by SVI (below) that show a scraper-equipped truck facing off with a burning pile of debris. 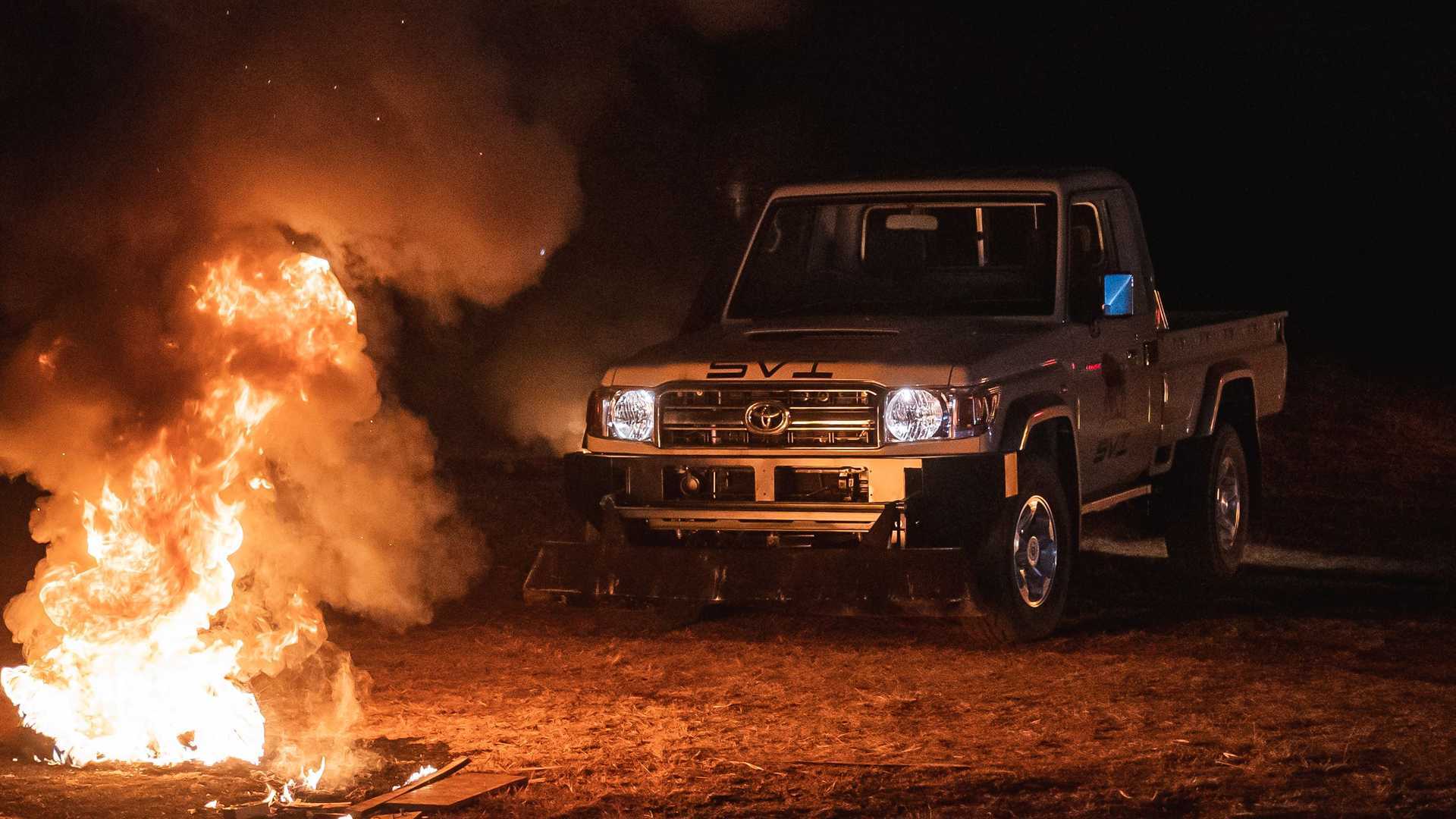 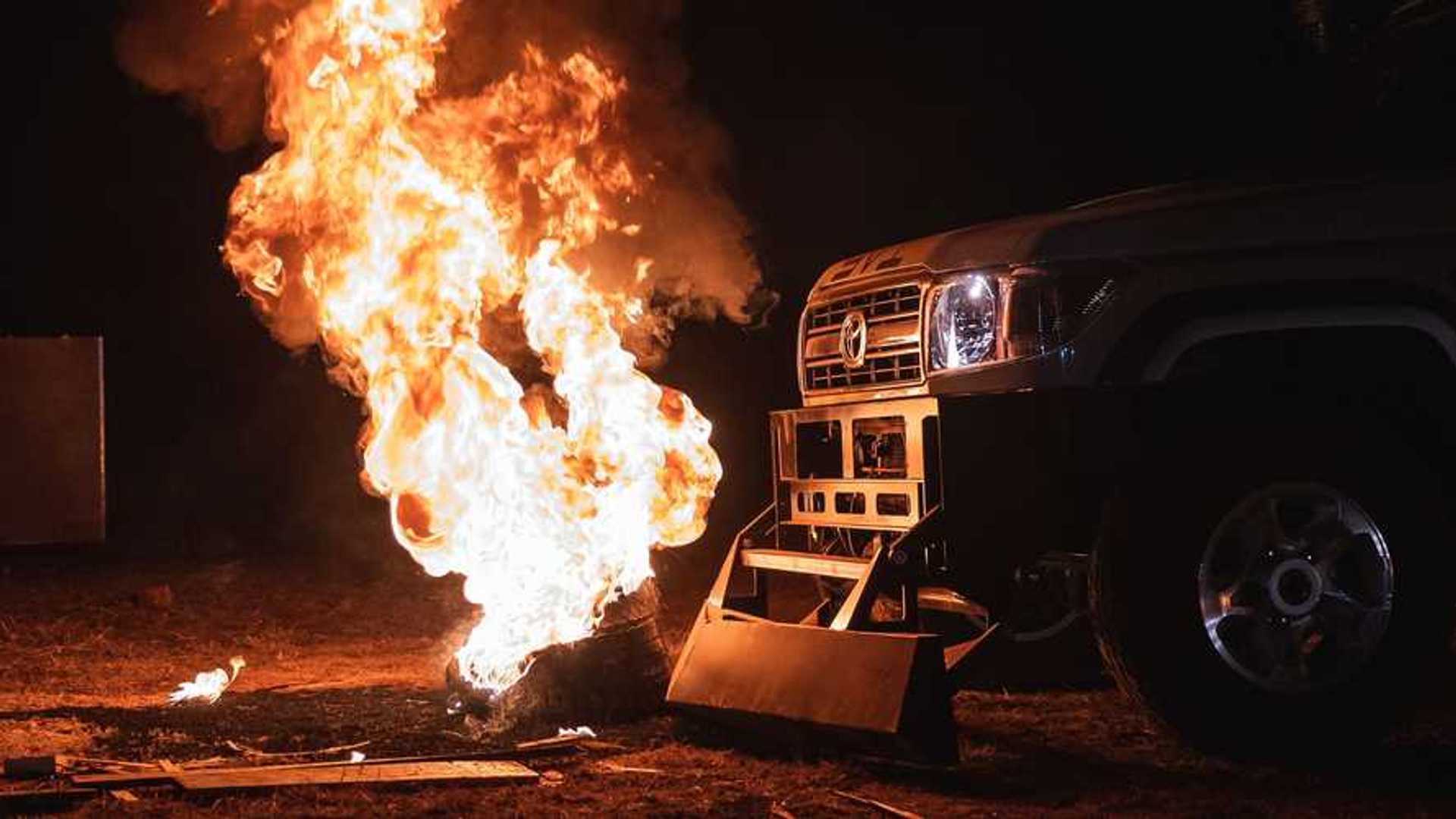 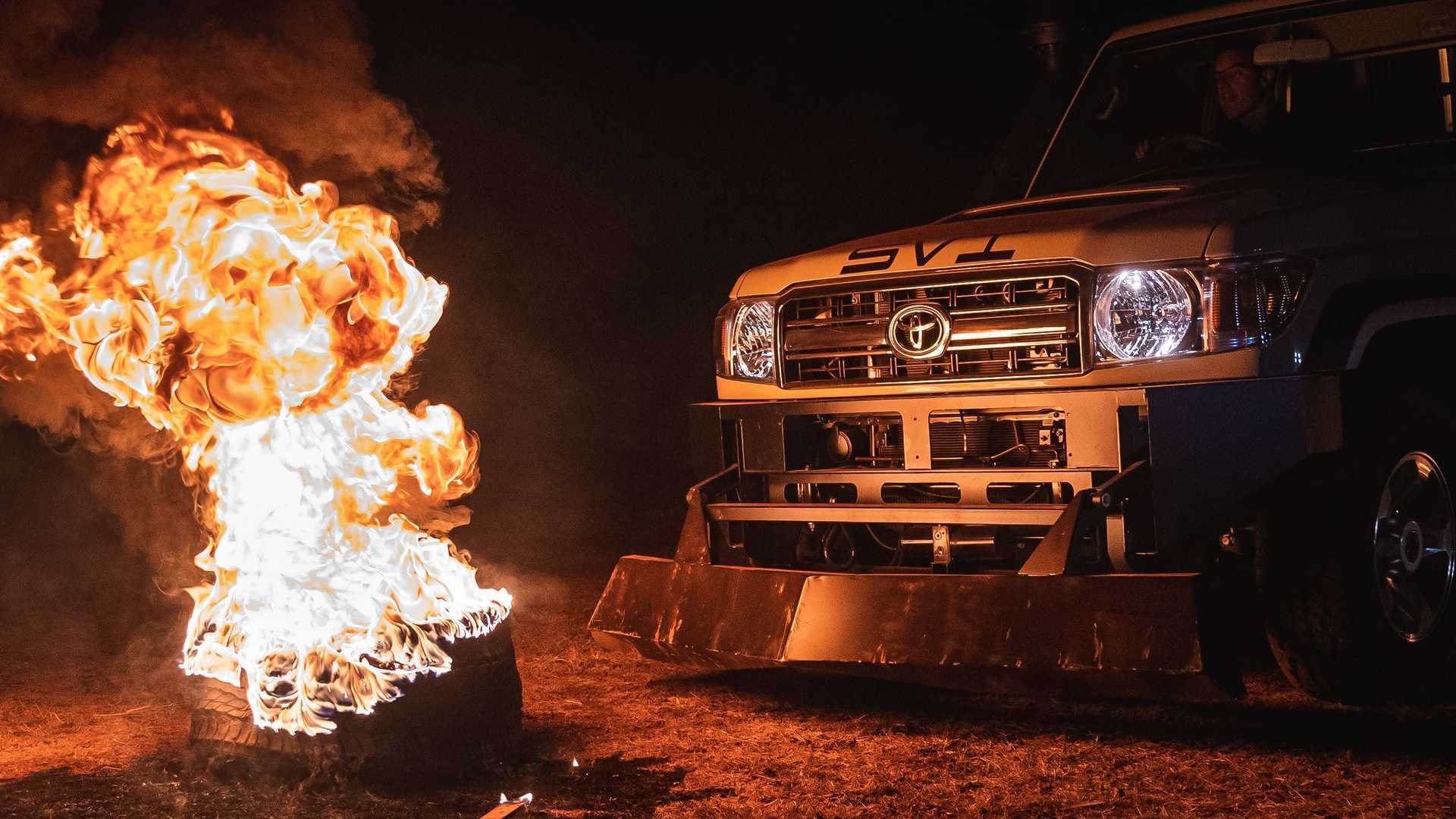 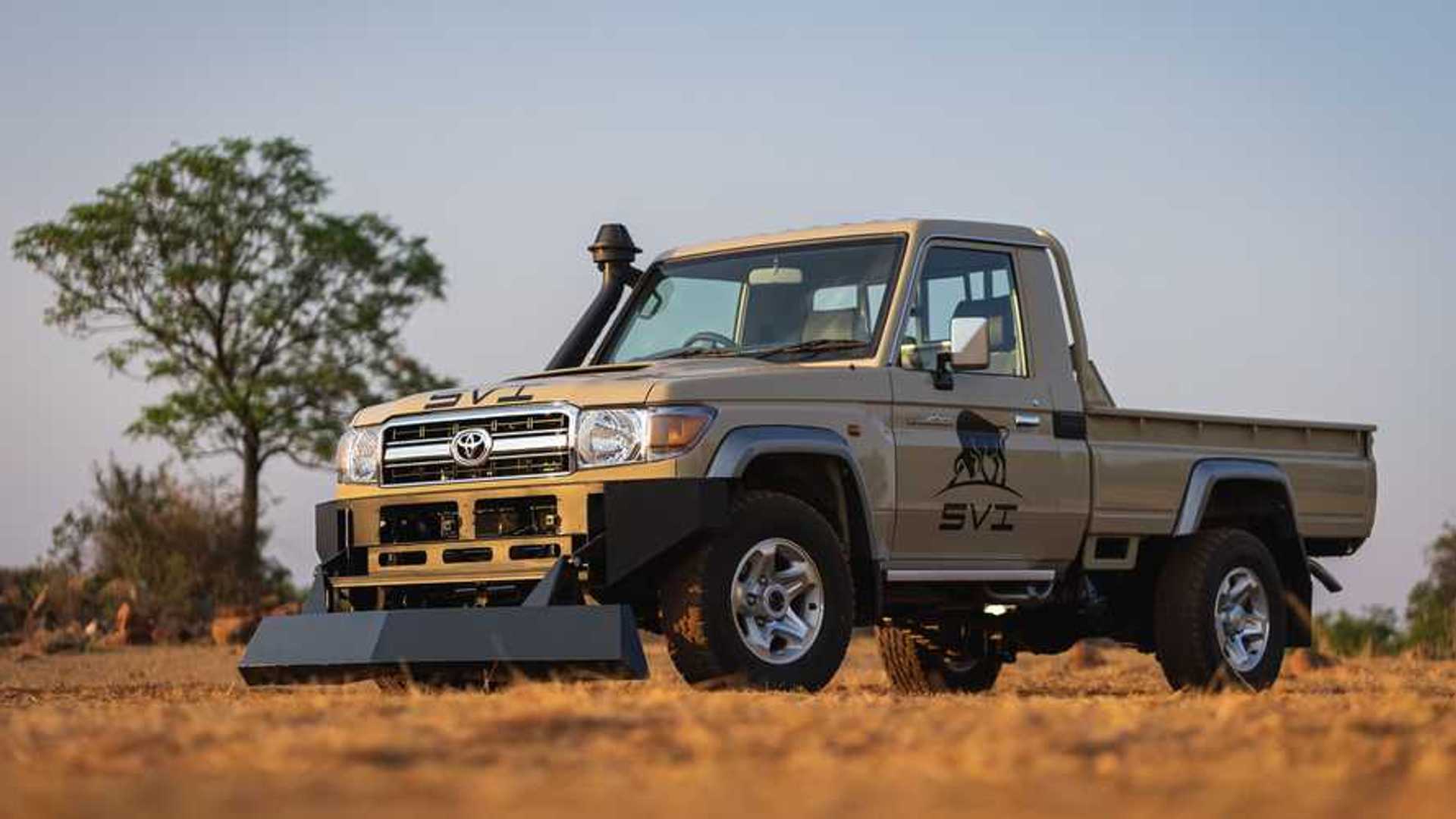 What’s the cost for this riot-control device? A relatively reasonable $4,400 USD. But it takes a month to manufacture, so if your organization is expecting unrest, plan ahead accordingly.

We kid, of course. Anti-riot vehicle accessories are nothing new and a logical extension of the armored vehicle market that is SVI’s bread and butter. These days, though, it’s not enough to protect your embattled CEO or deposed dictator in their own car. You also need a vehicle out front clearing a path.