The seventh-generation BMW 3 Series (G20), which first arrived in 2019, is about to receive its mid-cycle refresh. We’ve spotted several 3 Series variants out testing while wearing camouflage over their front and rear fascias. Now new spy photos show Alpina is following BMW’s lead by updating its B3, our photographers capturing the partially camouflaged sedan at the Nurburgring.

The B3 looks nearly indistinguishable from BMW’s 3 Series test vehicles, but a few of Alpina’s hallmark styling traits are clearly visible. The multi-spoke wheels are hard to miss, and the quad-exhaust pipes sticking out the back are not your standard BMW kit. The other tell, according to our photographers, is the license plate. Most Alpina test vehicle plates have “OAL,” which this one does. The camouflage hides many of the same updates we’re expecting to find on the BMW, which includes a new headlight design, revised bumpers, and other styling tweaks. 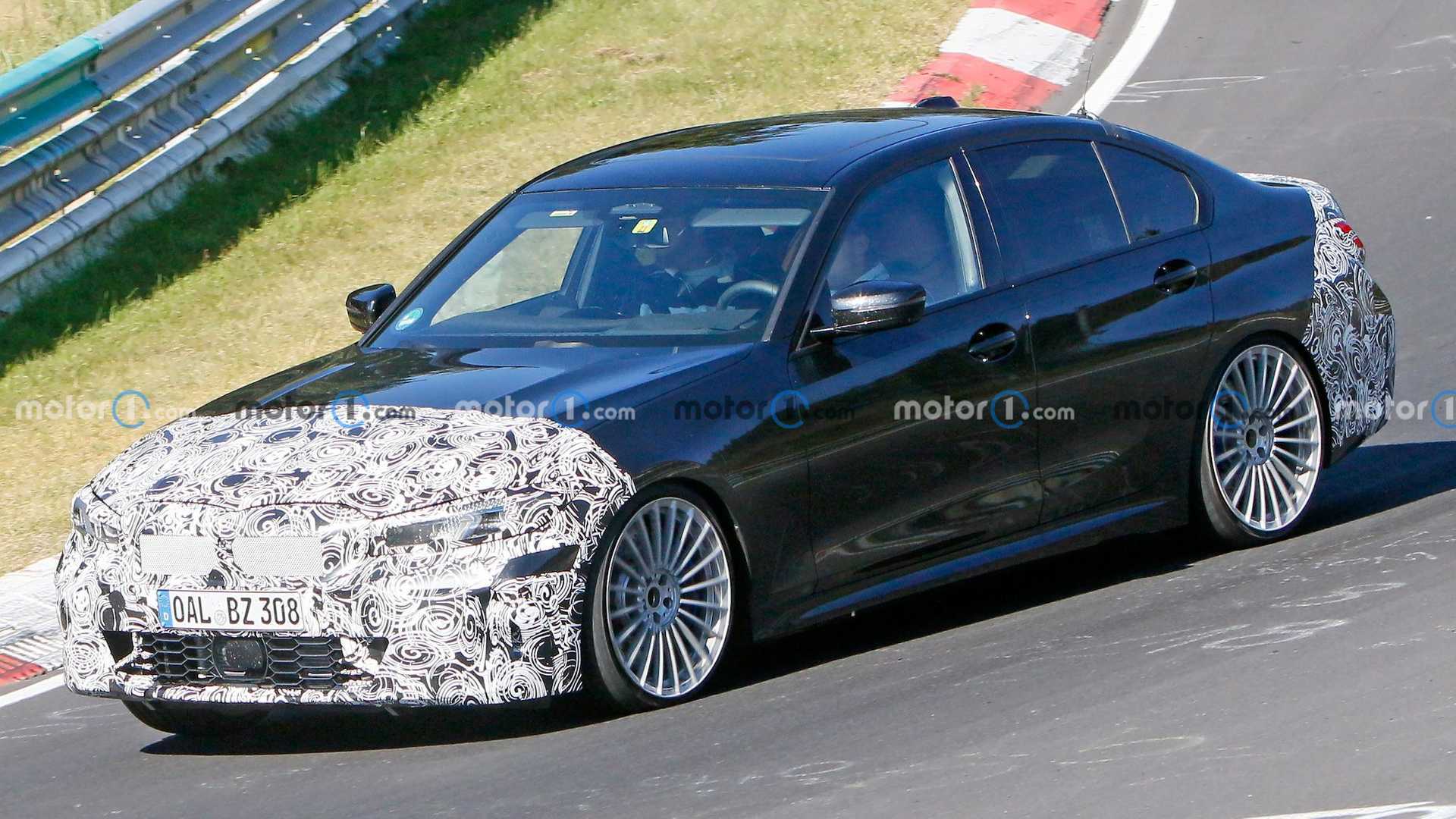 While the exterior will get a modest revamp, there will be bigger changes inside. The refreshed 3 Series is getting BMW’s curved dashboard, which is expected to find its way into the refreshed B3 as well. One thing that likely won’t change is the Alpina’s powertrain. The twin-turbocharged 3.0-liter inline-six is expected to continue producing the same 462 horsepower (339 kilowatts) and 516 pound-feet (700 Newton-meters) of torque. The B3’s output lets it occupy the vast gap between the 369-hp (271-kW) M340i and the 472-hp (347-kW) M3.

The refreshed B3 will arrive with the same mechanical tweaks offered on the current model, which includes an electronically controlled limited-slip differential, fully adaptive dampers, new springs, upgraded brakes, and more. This refresh will focus on giving the performance sedan a new appearance. The tweaked Alpina B3 is expected to make an early 2022 debut and could be on sale before the end of next y