Overall, Air India is making the right moves but with a severe hangover. It will take a paradigm shift in HR policies to bring the crew, ground staff and others up to speed with modern industry practices.

BHPian moralfibre recently shared this with other enthusiasts.

Air India has been on a definitive makeover since its acquisition from the state by the Tata group. The early signs of improvements or some not-so-good experiences are captured in this thread. 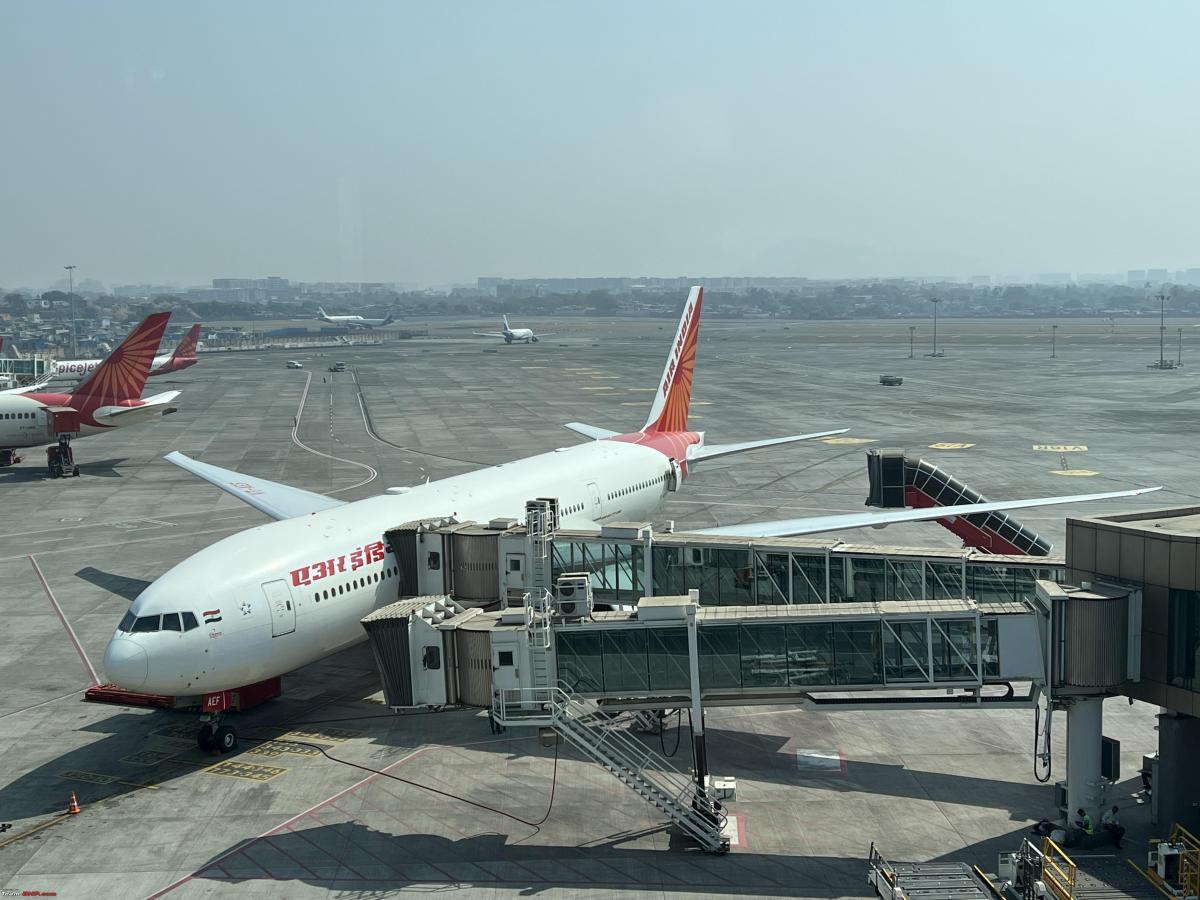 Air India in a definitive attempt to boost their direct to North America coverage introduced a host of new flights covering popular destinations across the continent: 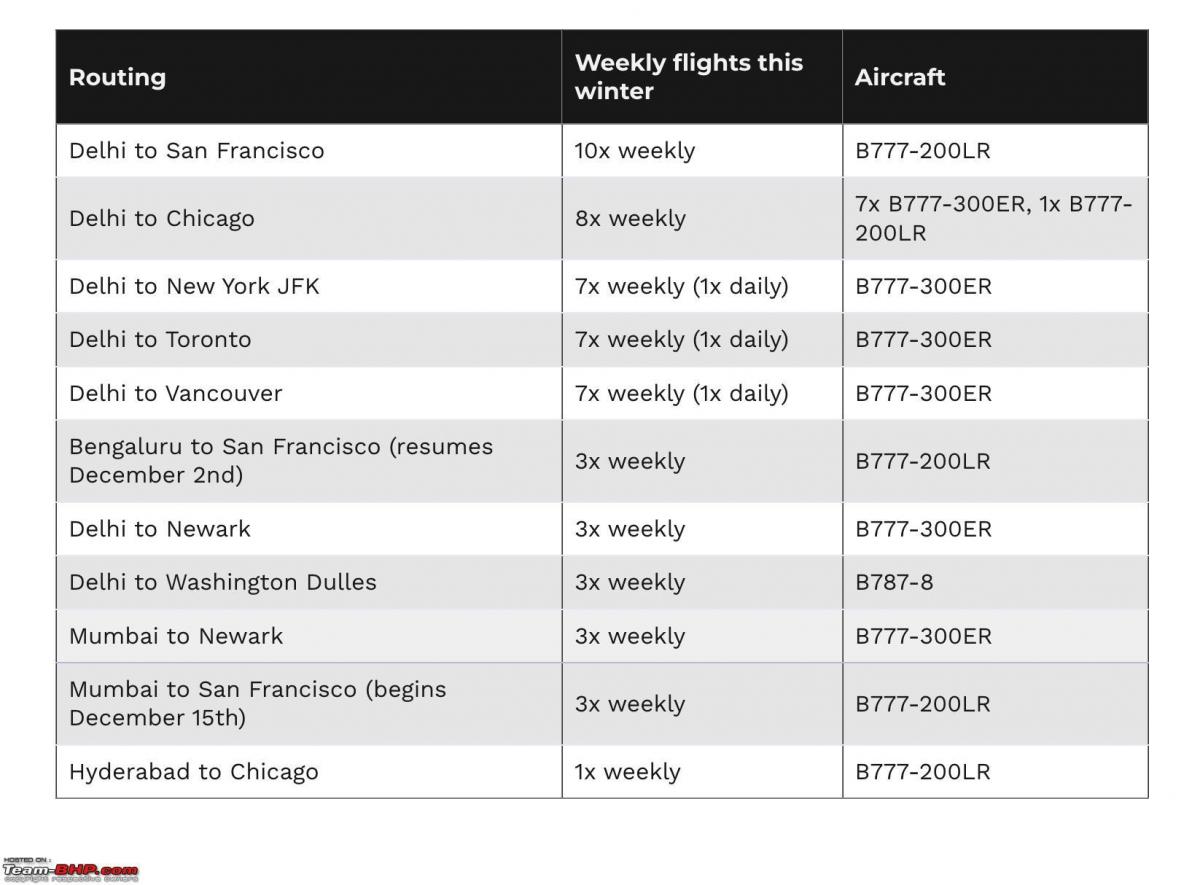 In line with their expansion, a fleet expansion was planned. In addition to the increased coverage, Air India did bring in measures to plug the shortage in their fleet to serve these new destinations. Five ex-Delta Boeing 777-200LRs were leased from Jettran. As soon as the news broke out, Avgeeks across the nation began tracking the movements of these jets from Victorville, California to Singapore. Each of these planes was refurbished by Delta with a 3-class cabin configuration comprising of 28 Delta one suite, 48 seats in the Delta Premium Select cabin and 220 in the Y class configuration. Delta had invested $100M in 2018 to revive their fleet to this upgrade and barely flew these jets before taking the hard call to retire these jets in view of the pandemic.

So far, two of the five 200LRs have already been delivered to Air India christened Vihaan and Prabhat being registrations VT-AEF and VT-AEG respectively. VT-AEF has been deployed on the BOM-SFO-BOM route and runs a 3x weekly service from the financial capital of India to the tech capital of the US.

Being a regular on this route, I was eager to take my next flight on the refreshed cabins of Air India’s newly inducted fleet. Therefore, I chose to arrive in Bombay instead of my preferred SFO-DEL-PNQ route. Booking was a straightforward experience. What set this apart was that Air India wasn’t selling their premium Y cabin at a markup of 2x as is the norm for premium economy among other carriers. Instead, as an introductory measure, one could simply book a Premium economy seat for a cost of $110 one way to experience the upgrade. This is a lucrative option for those flying this sector as one gets an extra wide and extra legroom seat with excellent under-thigh support, more elbow and shoulder room as well as premium meal service in this cabin.

It was a no-brainer to spend that extra $220 for my to-and-fro journey. A good comparison between the Y cabin and the premium Y is as below: 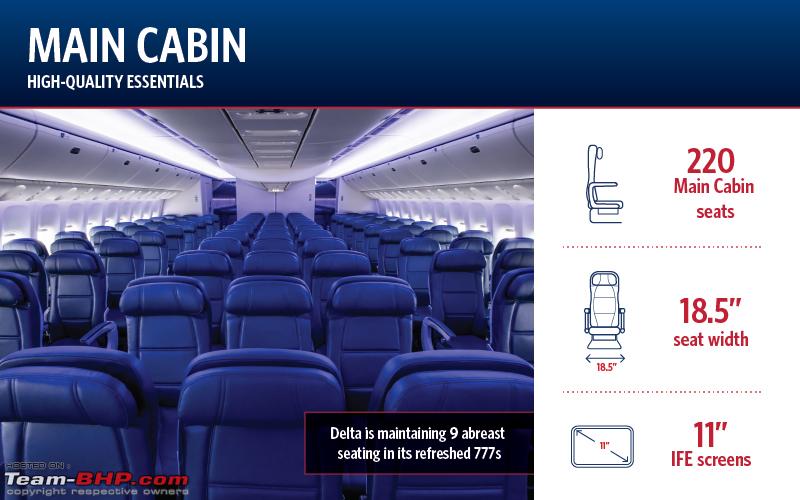 Even in the economy cabin, I can only think of two carriers that carry 9 abreast seating in a 3-3-3 configuration. Most others that I know of squeeze in a 3-4-3 seating setup that poaches in the seat width for every row.

More info on the refreshed cabins can be found here.

I’ll get into reviewing every phase of this journey by starting with what you’d like and what you won’t: