There’s one thing you notice immediately when you hop out from behind the wheel of a vintage air-cooled Volkswagen and into the passenger seat of the 2024 Volkswagen ID Buzz: speed. Namely, that VW’s new electric bus actually has some, and it gets up to speed quickly, without drama. Dare I even call it fast? Yes. Yes, I would. Mash pedal, receive laughs.

Volkswagen brought a few Euro-spec, two-row ID Buzzes out to SXSW in Austin, Texas, this week and let me, of all nerds, have a ride in one. Even though I haven’t had a chance to drive it yet, I could tell that the ID Buzz is retro done right just from my brief ride. It’s cool enough to be a true heir to the original bus, yet far more practical. There’s no need for a jokey “slow moving vehicle” sign across the back, or a drivetrain swap to be able to keep up with modern-day traffic. It simply works out of the box and is here to bring chill classic vibes to everyday people who might not be able to fit the original version into their life. 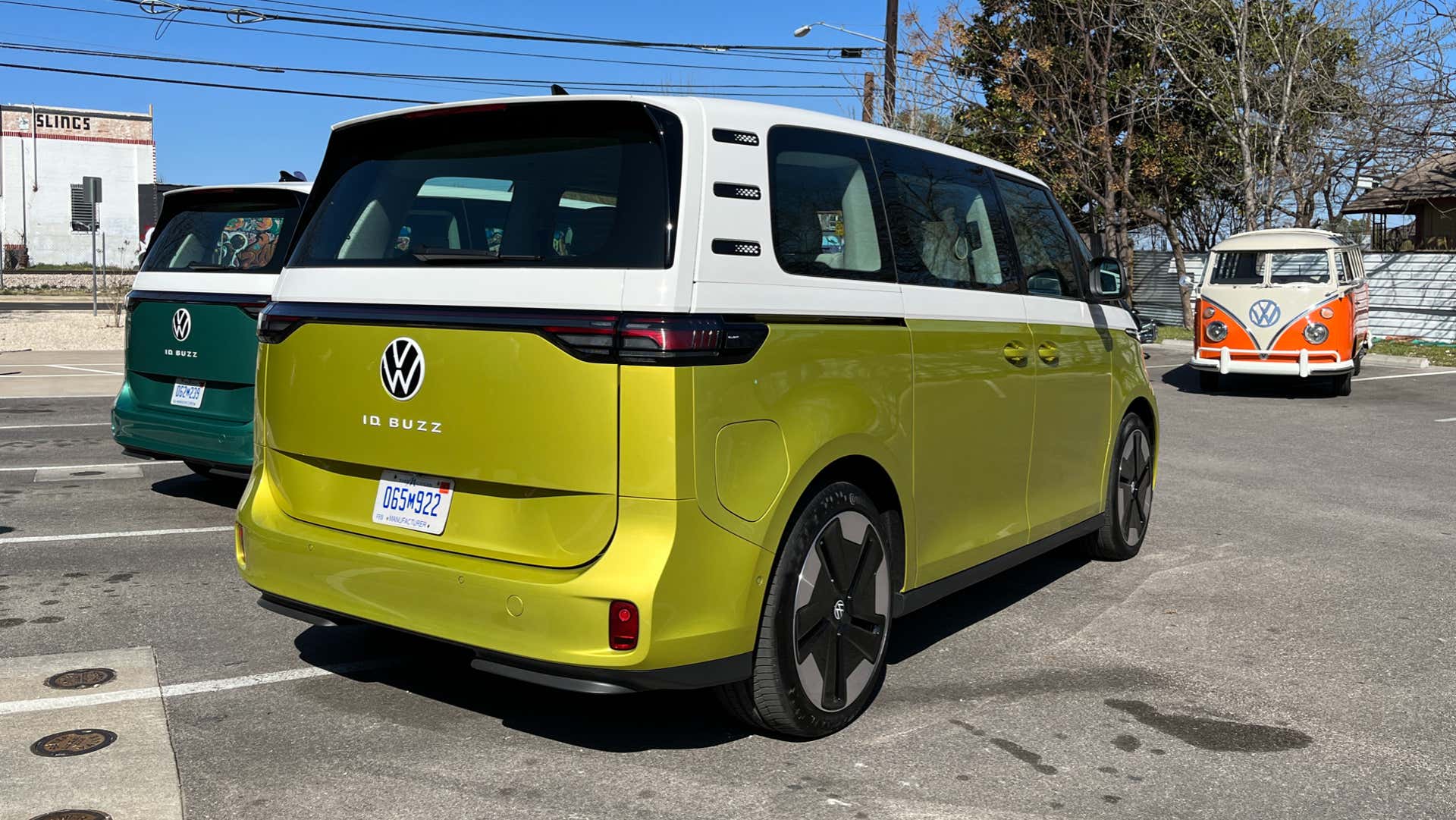 For the past month or so, I’ve been driving around my 1971 Volkswagen 411, a car that came with a Type 4 engine in the back just like a second-gen VW Type 2 Bus. I took it on the Southern Fried Heaps Lemons Rally earlier this month that went across the southeastern United States, which ended up being a nearly 4,000-mile road trip out of Austin.

There’s a lot that classic VW nerds put up with in order to enjoy old-school air-cooled life. Slow top speeds, aging components, and questionable decisions made by previous owners are just a few. You can definitely daily drive an air-cooled classic, as they are fairly reliable as far as classics go, but it definitely feels like a luxury to have the time, funds, and space to drive one. So many of us out there just need a car to work reliably without too much extra thought put into it, or want something that will hold up better in a crash if they’re using it to haul the whole family. VW brought one of its well-preserved Type 2 Buses out for comparison’s sake. 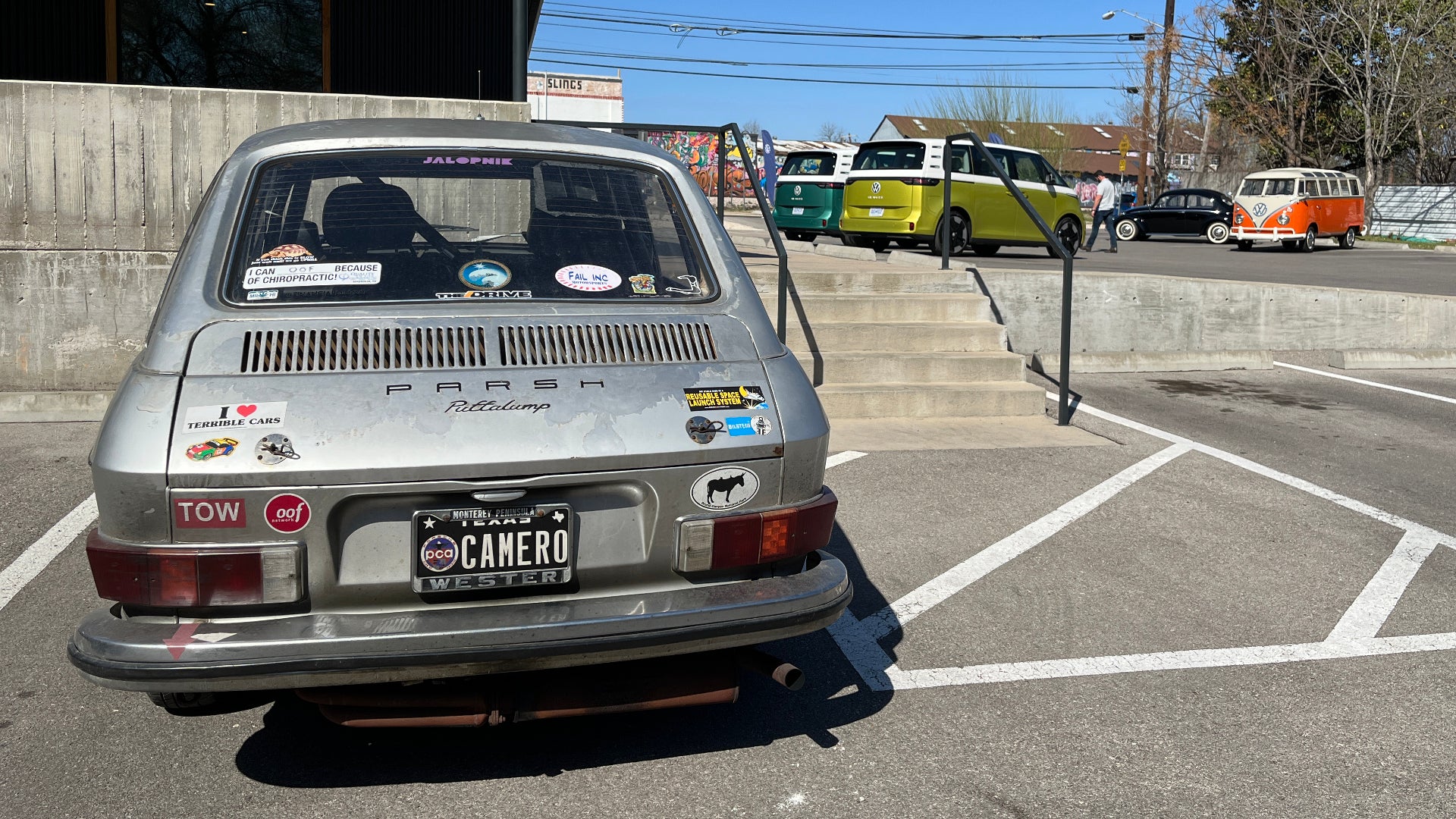 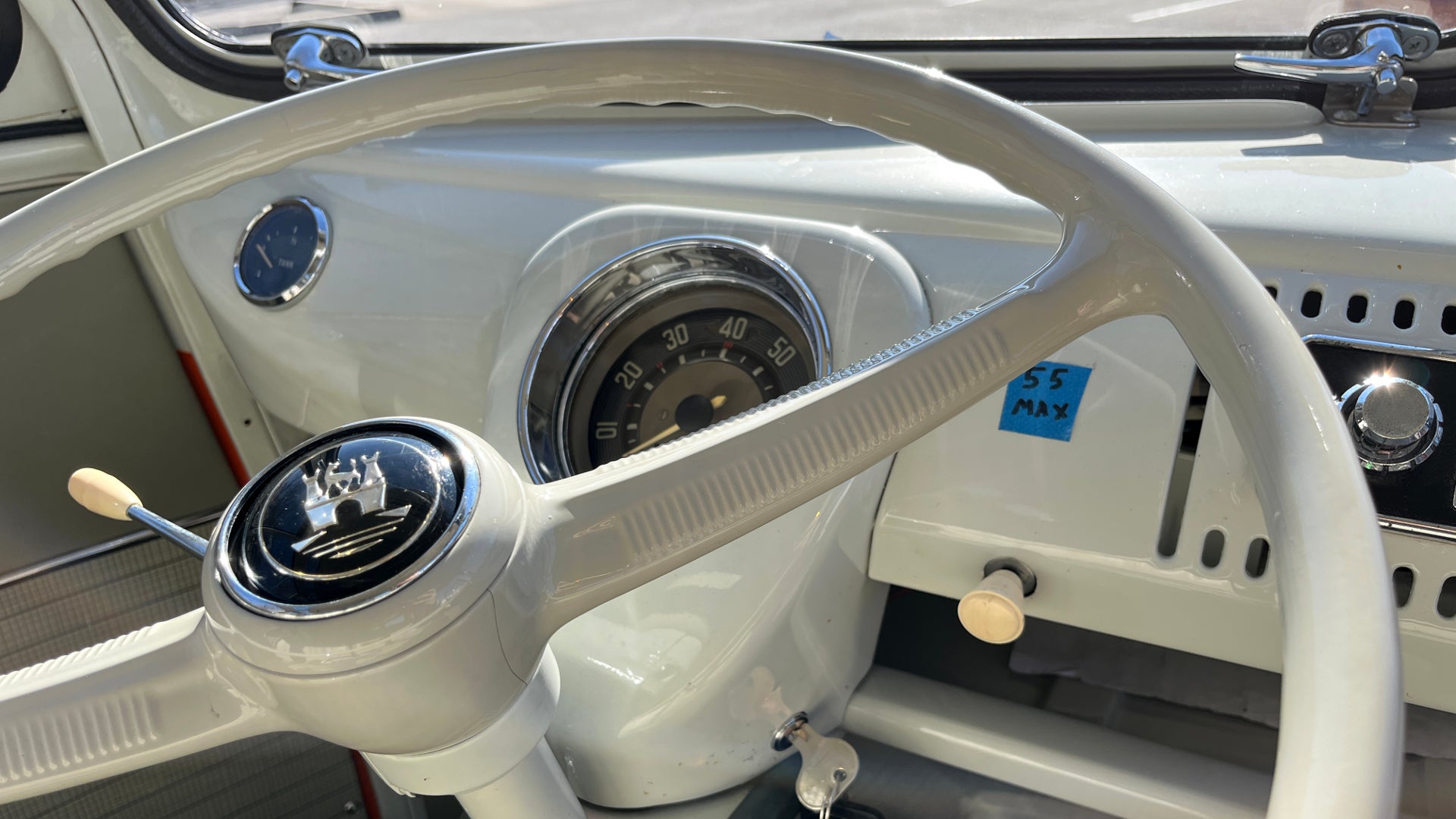 That’s what makes the ID Buzz feel so brilliant when you see one up close. My 411 gets plenty of oohs, aahs and questions from strangers by sheer merit of being cool. So, too, does the ID Buzz, which had only been parked downtown for a hot moment before someone else asked to have their photo taken with it.

People just gravitate towards this thing, and understandably so. It’s immediately recognizable as a Volkswagen Bus without being too corny about it. All in all, it’s a very clean, uncomplicated design that might even feel futuristic if you didn’t know VW’s source material. The ID Buzz looks back on the past without feeling stuck there, which is exactly how a retro car should be. The diamond-mesh “grille” across the bottom of the front even sort of looks like a big grin.

The entire design is bright and cheerful, inside and out. Just like the classics, it’s hard to look at the ID Buzz and be mad. You’re moving along with more speed in the new one—201 horsepower and 229 pound-feet of torque won’t embarrass any supercars—but it does feel properly fast when that smooth rush of torque comes on instantly. Yet, like the classics, the ride is comfier than you might expect, with the ID Buzz feeling downright comfortable on Austin’s garbage lumpy pavement. It’s quiet inside, too, and downright calming after you’ve been listening to a clattery Type 4 all week.

You sit up high, on top of the ID Buzz’s battery, in one of the brightest, airiest greenhouses I’ve experienced in a modern car. The upright view over the dashboard felt nostalgic on multiple levels, as the way the windshield extended over the dashboard reminded me a bit of sitting in a ’90s Toyota Previa. Volkswagen carried its delightful two-tone exterior paint schemes into some of the ID Buzz’s interiors, too. The ID Buzzes VW had on display were European-spec two-row versions, as North America will get a longer-wheelbase version later with three rows of seating. Expect that spec along with additional battery and powertrain configurations—hello, all-wheel drive!—to be revealed between now and when the ID Buzz goes on sale here for the 2024 model year.

Thus, our three-row version will have a slightly different layout we’ll have to check out later, but this European model was properly spacious, both in the seats and in the hatch. Like most VWs, the build quality also looked fairly solid for those of you who need to do hardcore van stuff like haul kindergarteners or building materials (or both).

There’s always something with the potential to harsh your mellow with a classic VW, though—and in the classic-inspired ID Buzz, it will probably be the controls. Like the new ID.4 and Golf, the ID Buzz has VW’s new much-criticized
touchscreen-heavy interior with capacitive controls. I’ll withhold my judgment until I drive a VW with it, but others at The Drive have been pretty harsh about it, going so far as to say the ID.4 was “ruined by frustrating tech.” 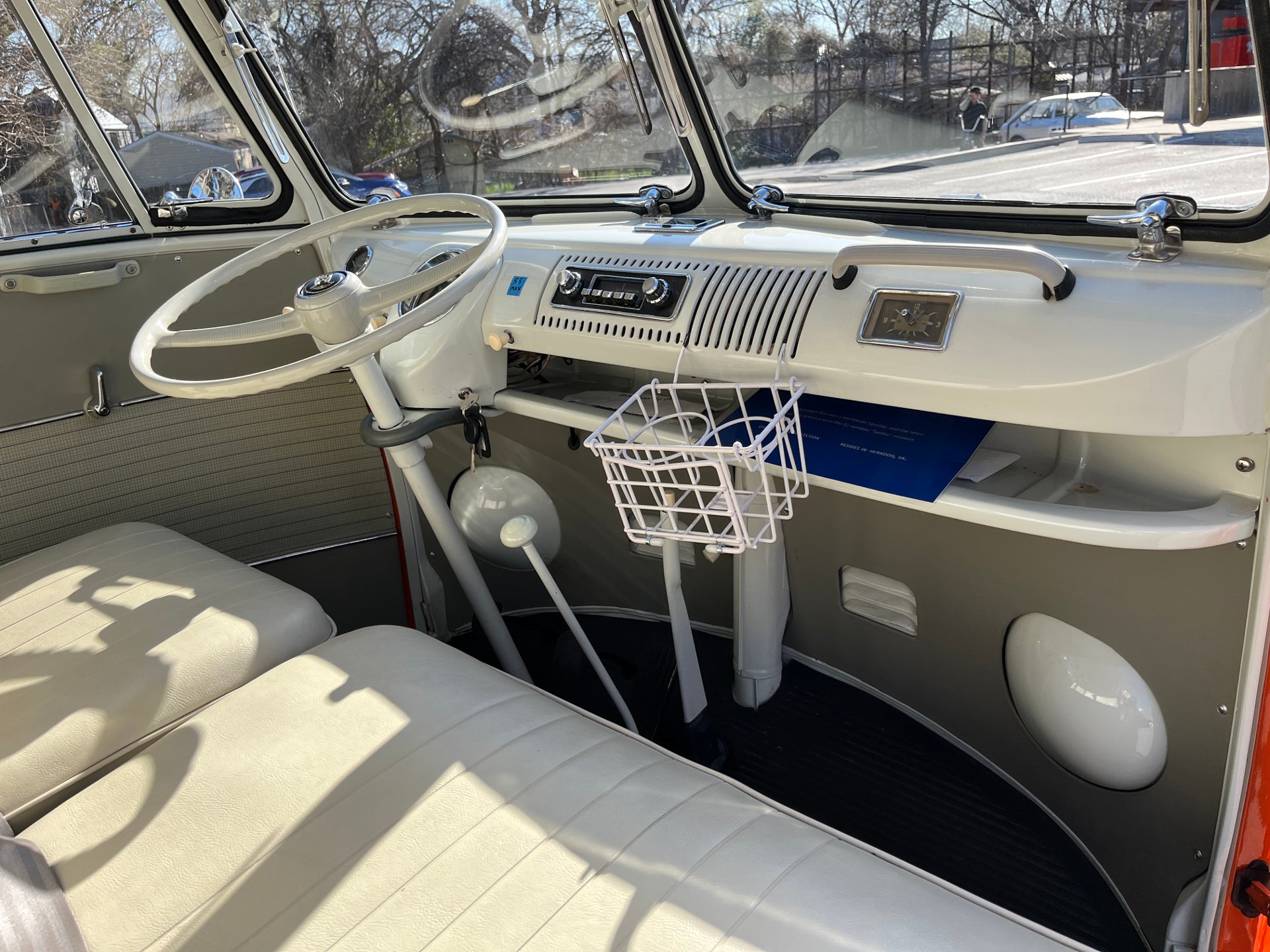 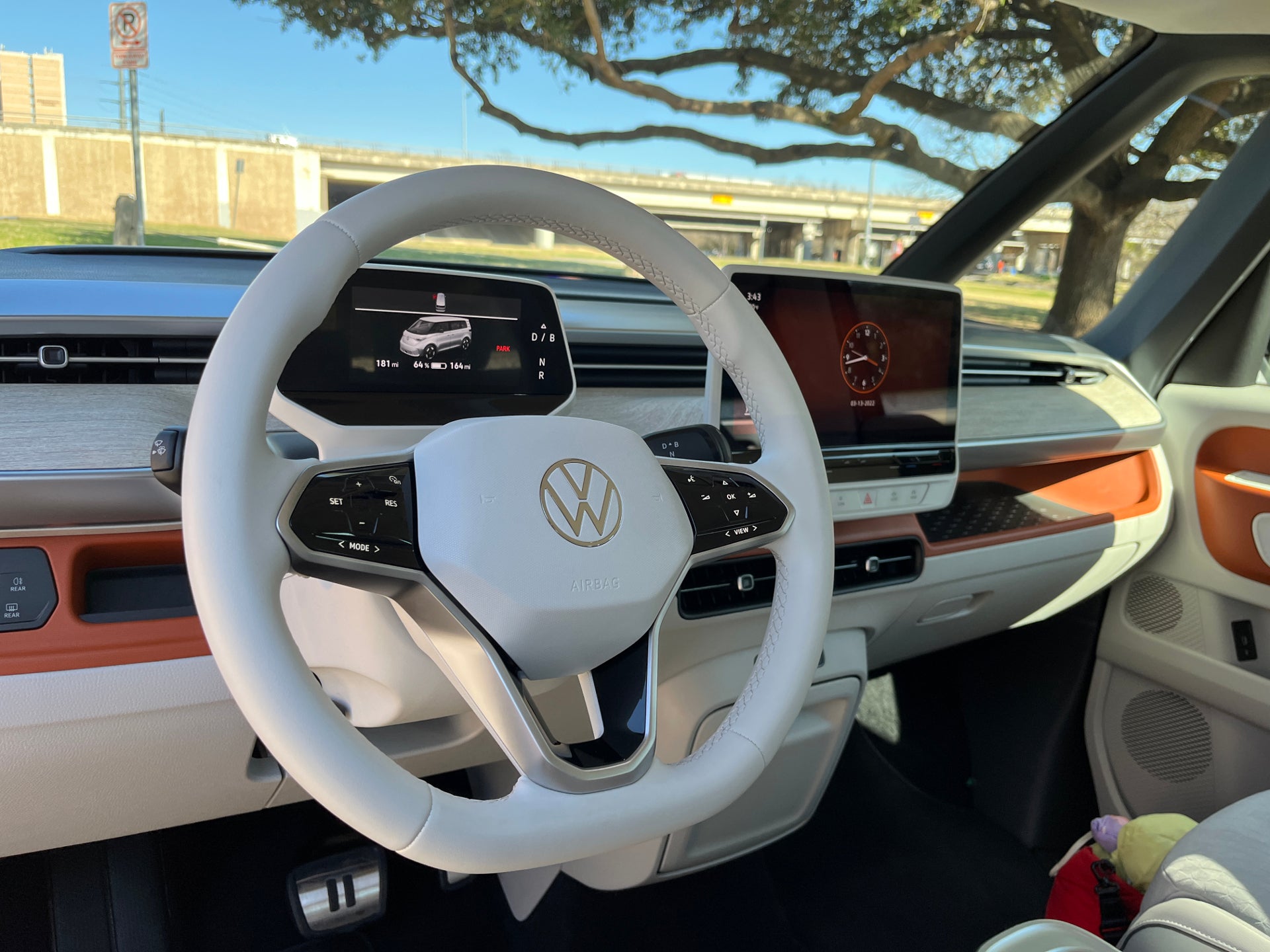 This is what you get in place of a periodic spark plug swap, I suppose, and it does make for a dashboard that includes the modern amenities while remaining nearly as visually uncluttered as that of the bare-bones original Bus.

To Volkswagen’s credit, the touchscreen UI is clean, and our Chris Tsui found it easy to get used to when he tested out the new GTI and Golf R. Yet, it still feels like VW needs to rethink using capacitive controls when so much of the criticism calls them distracting from the road, especially now that Volkswagens are decently quick. 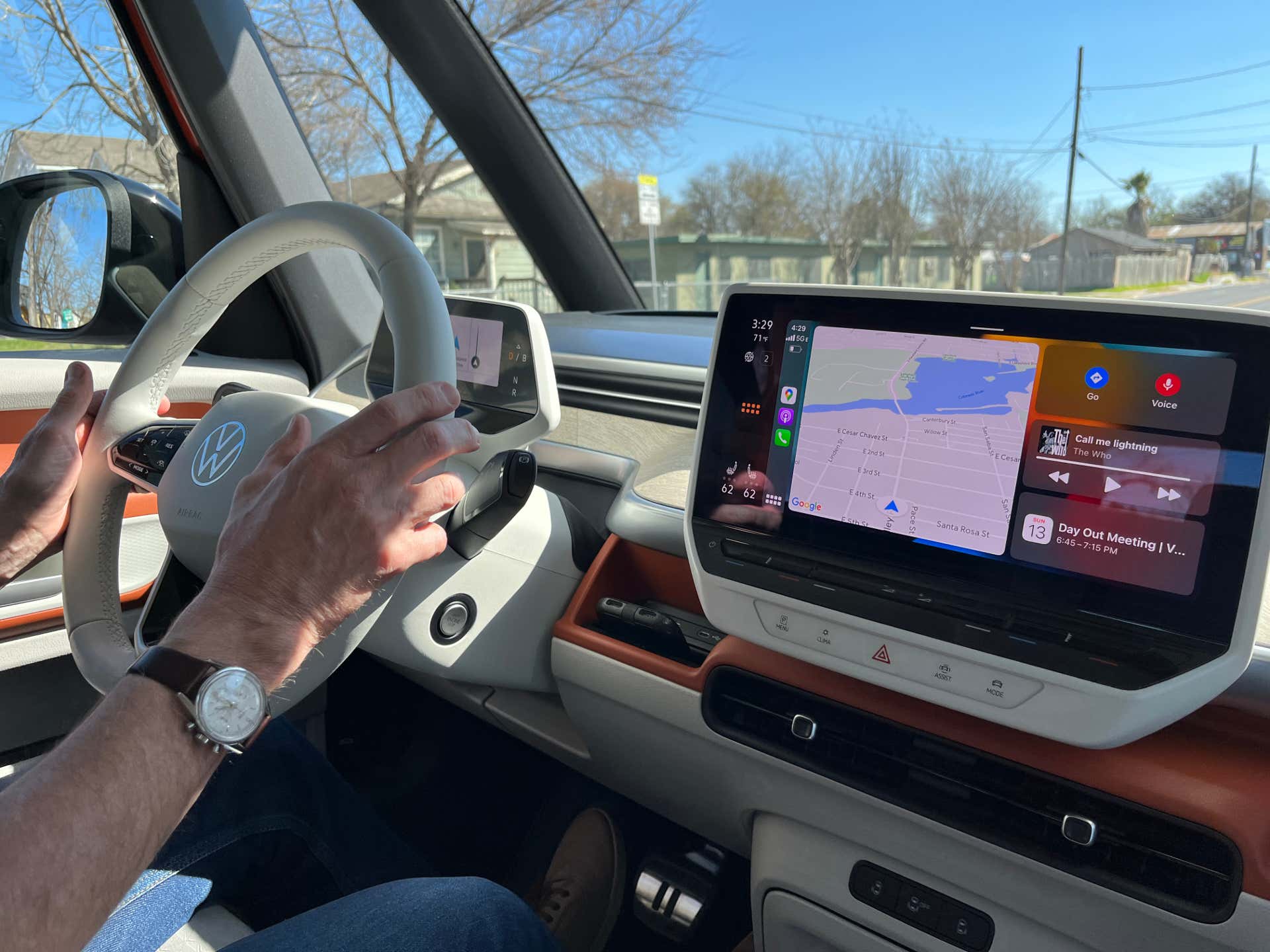 If the ID Buzz is set to a comfortable temperature inside and the stereo’s on something good, I feel like there’s still a good chance people will want to live with the interior anyway, even if it’s not ideal. As with an old VW that leaks oil all over the driveway, it’s a lot easier to put up with various inconveniences in something that’s just this damn cute than it is in say, the ID.4.

It’s simply hard to stay upset at anything from a bright, cheery box. That’s part of the classic VW experience that the ID Buzz nails: It’s a car that makes people smile just looking at it, and that puts you in a better mood by proxy. 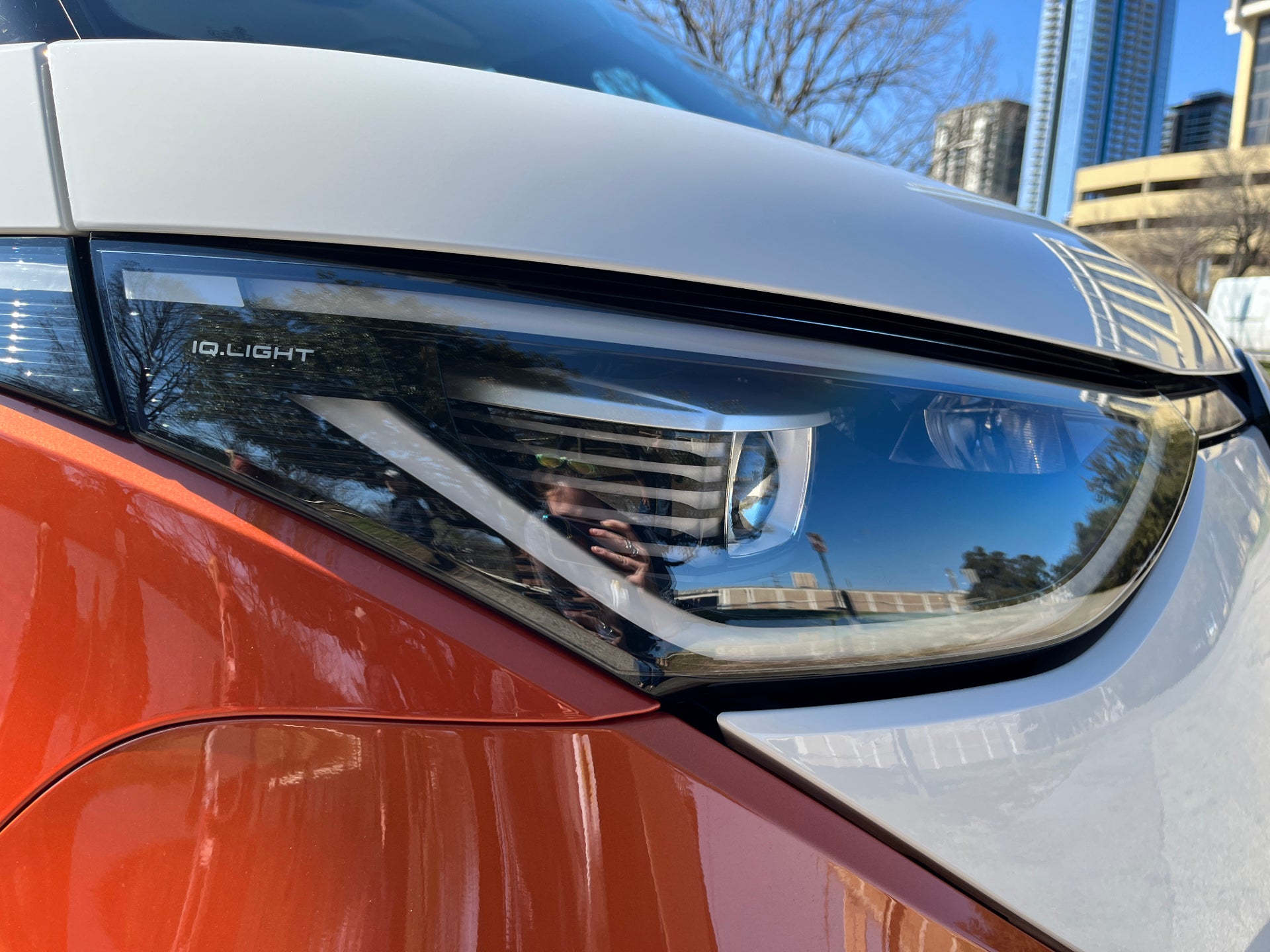 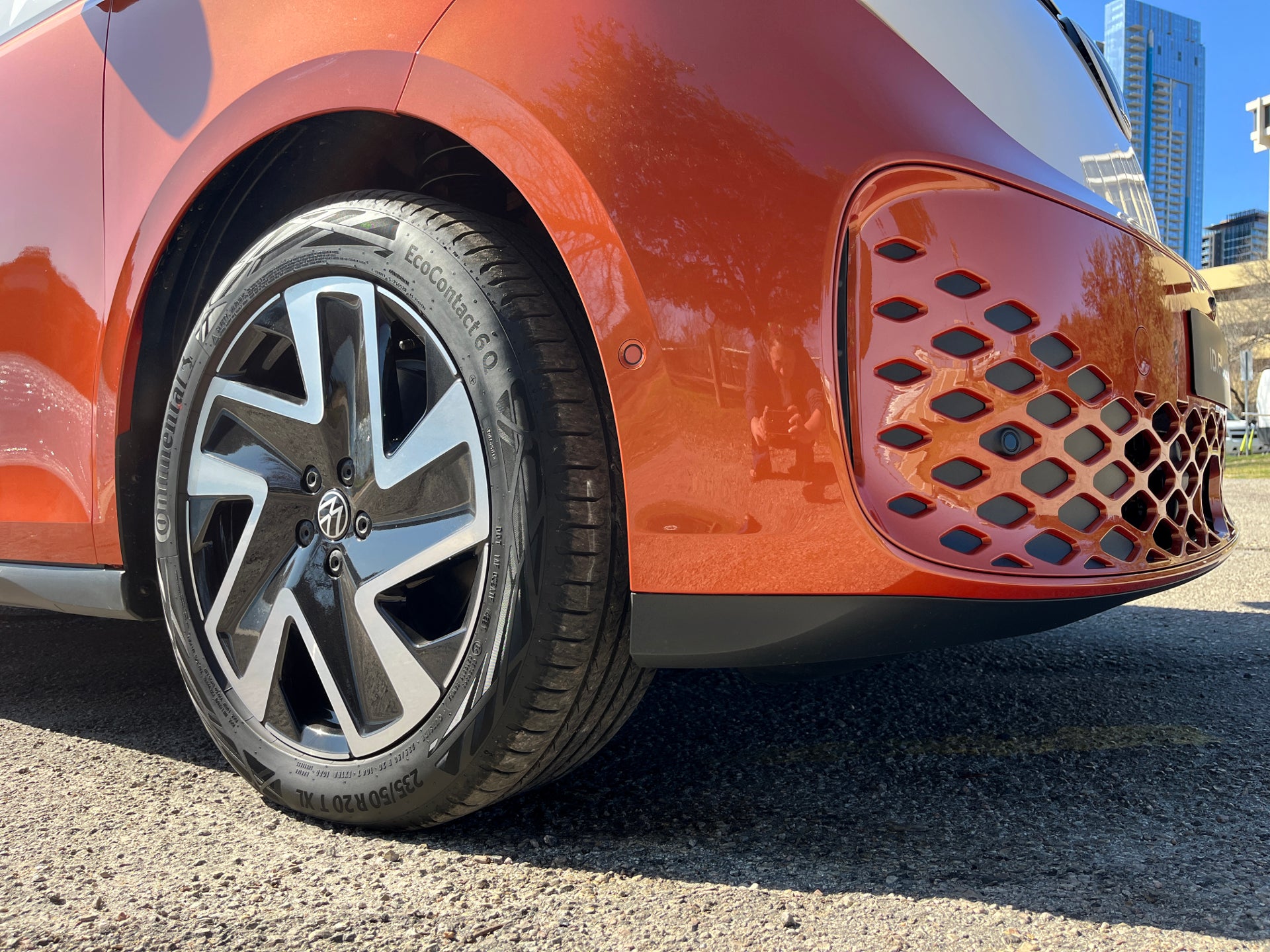 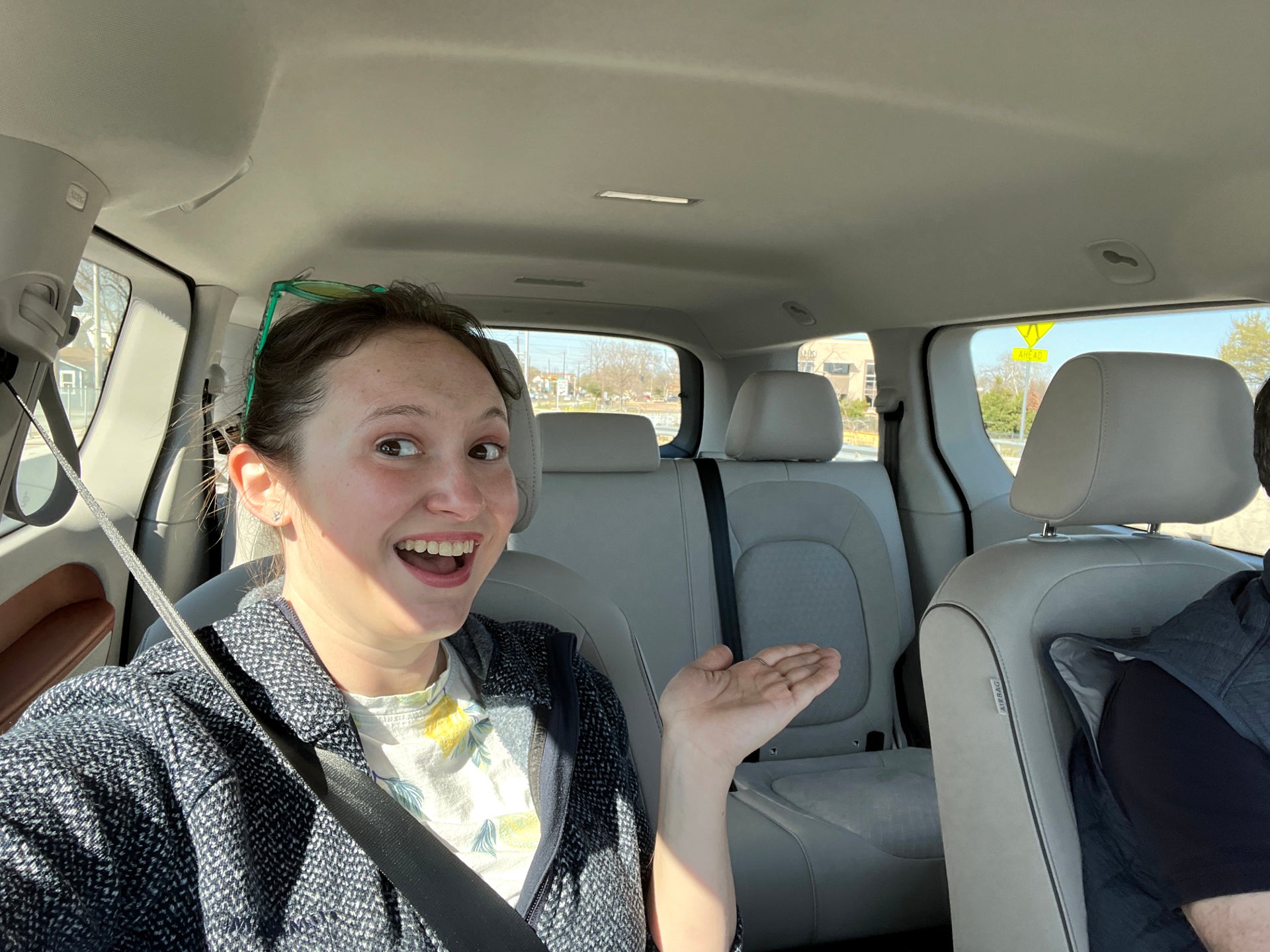 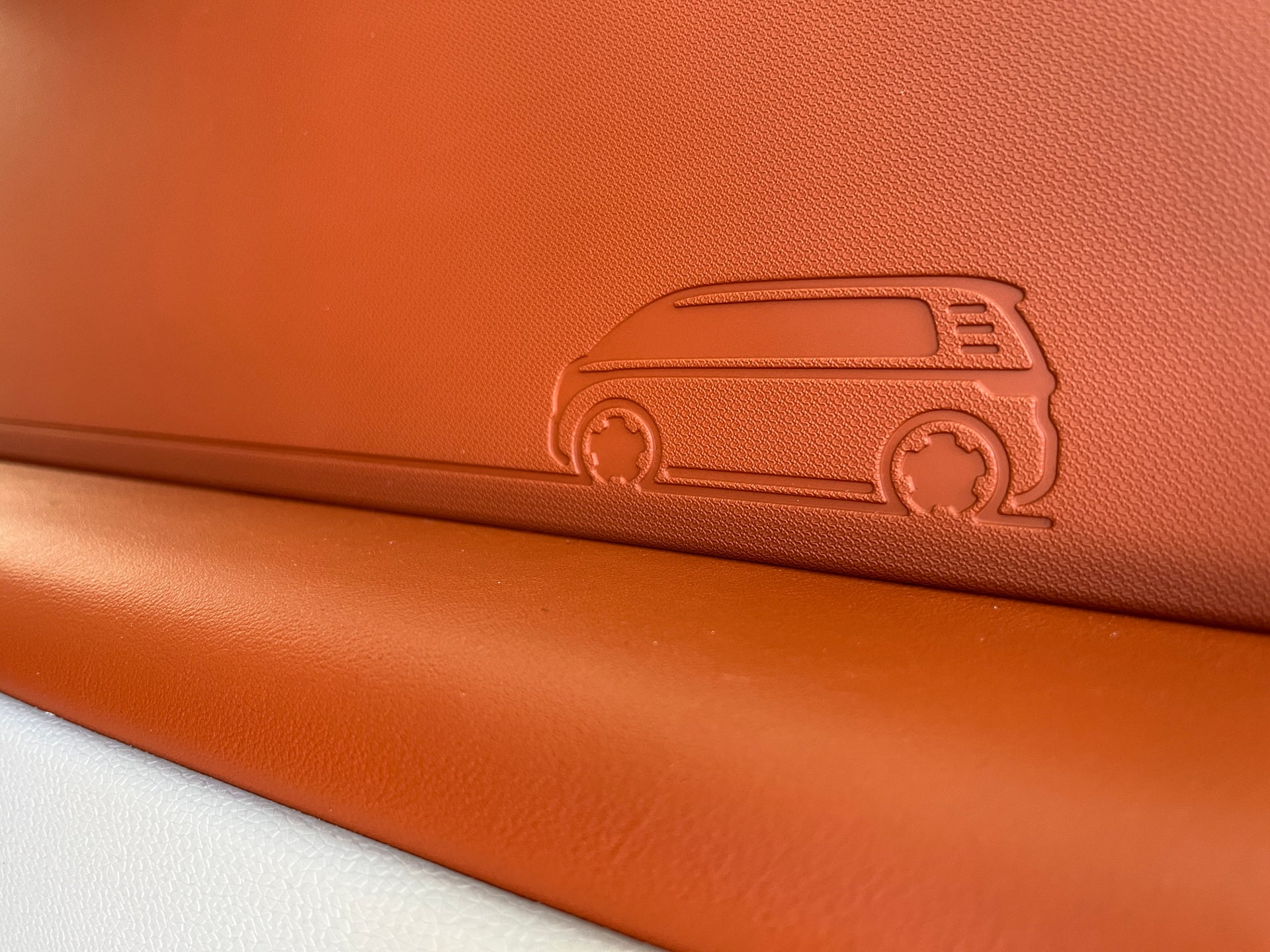 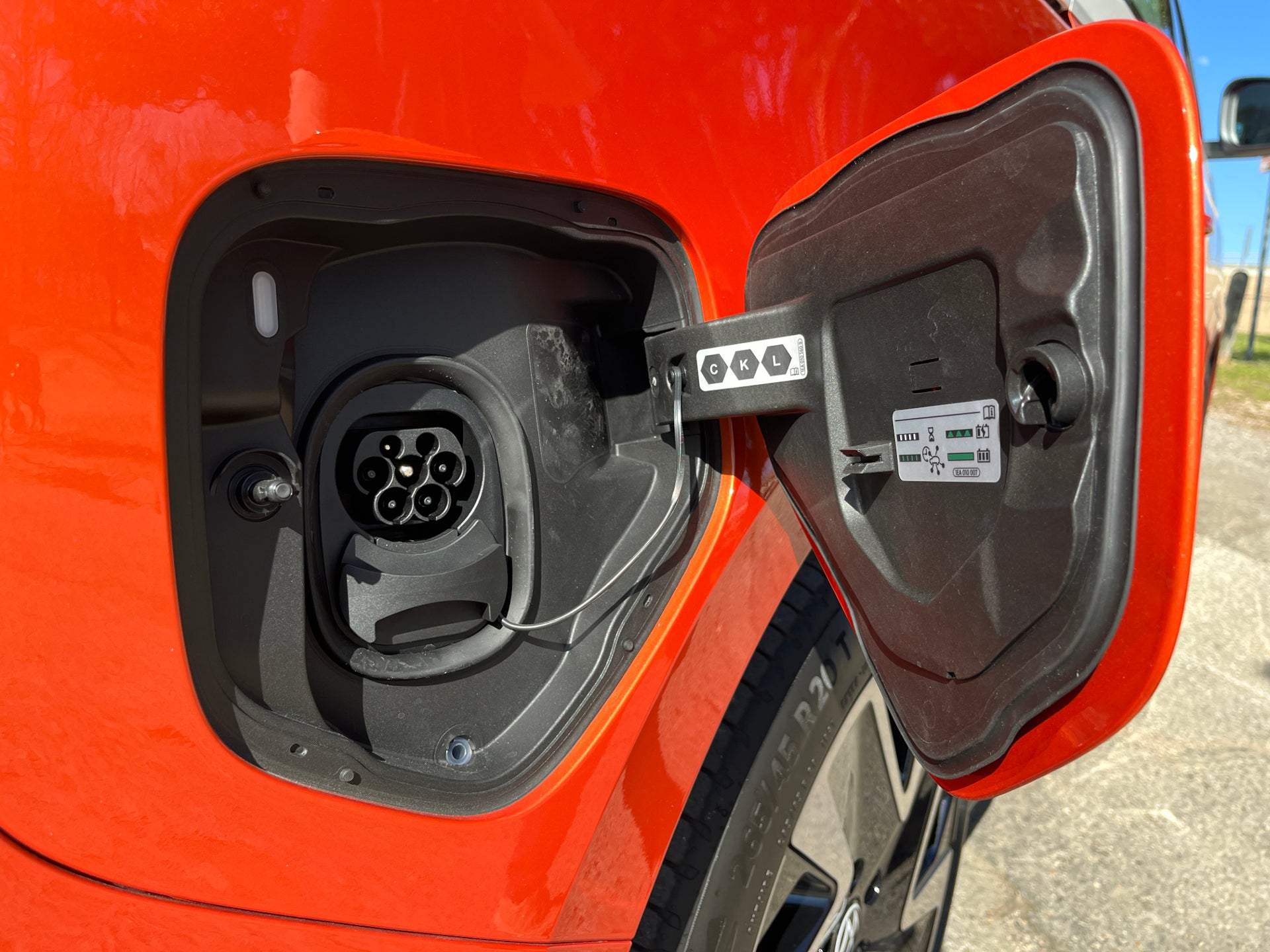 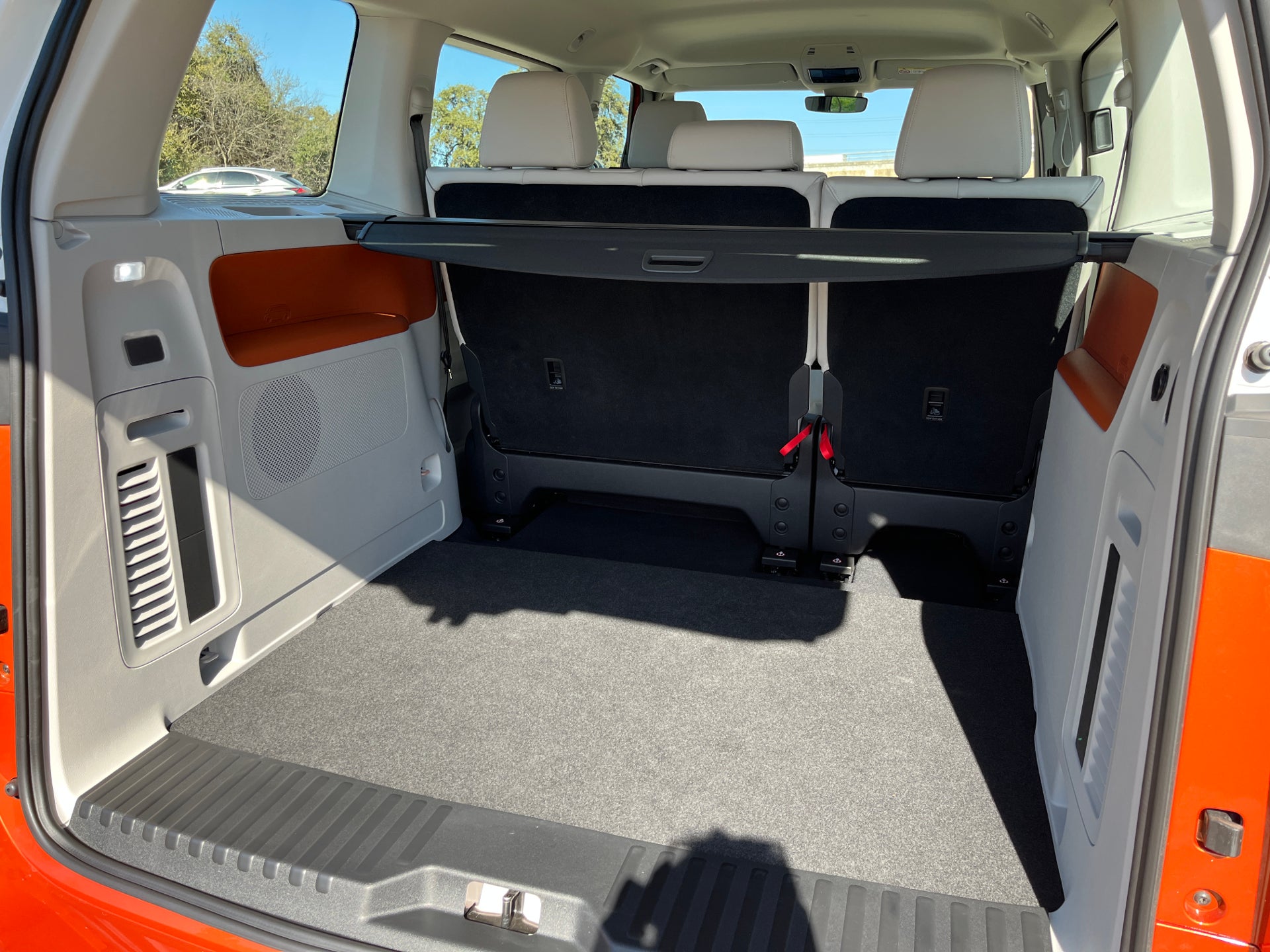 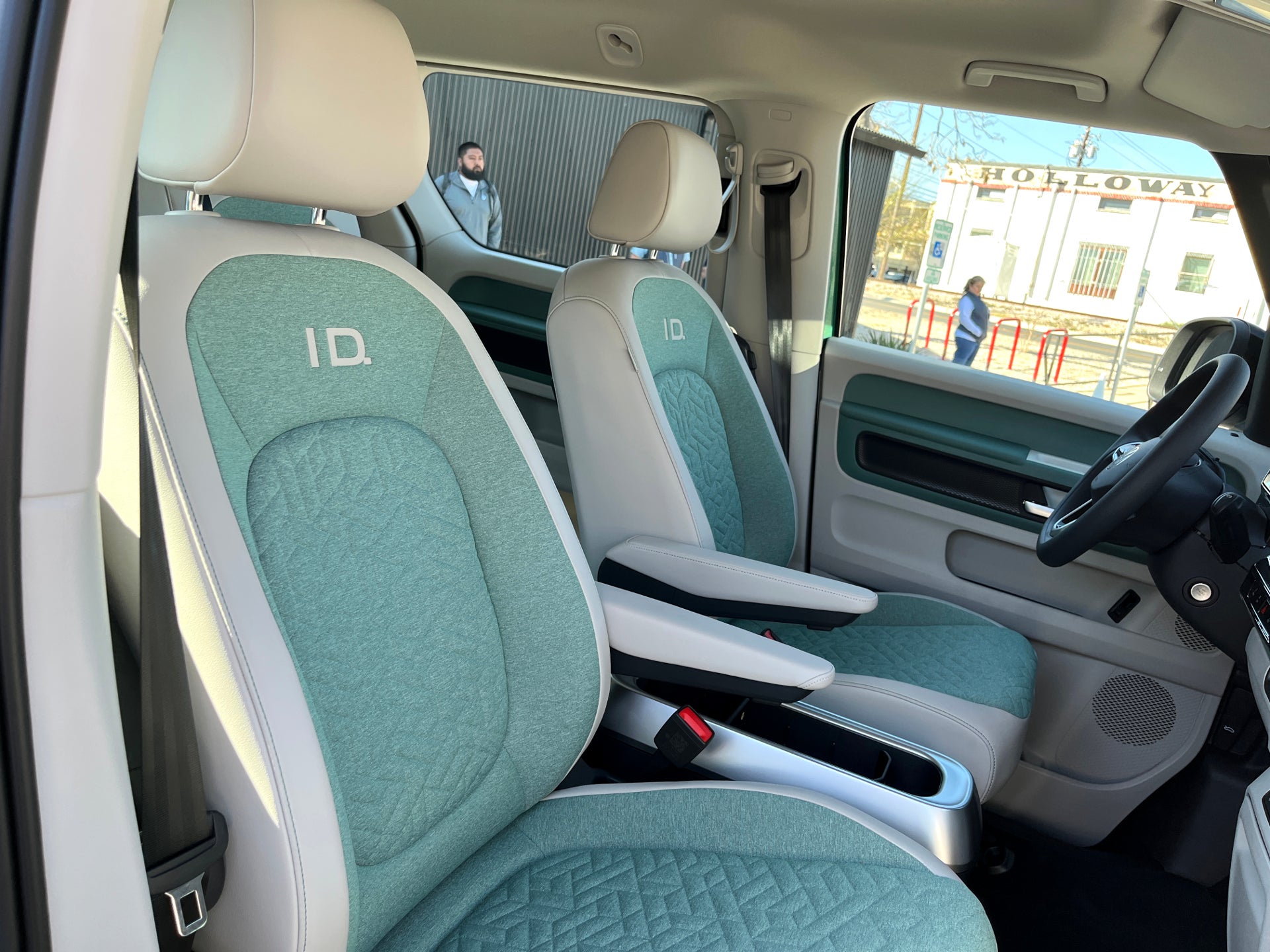 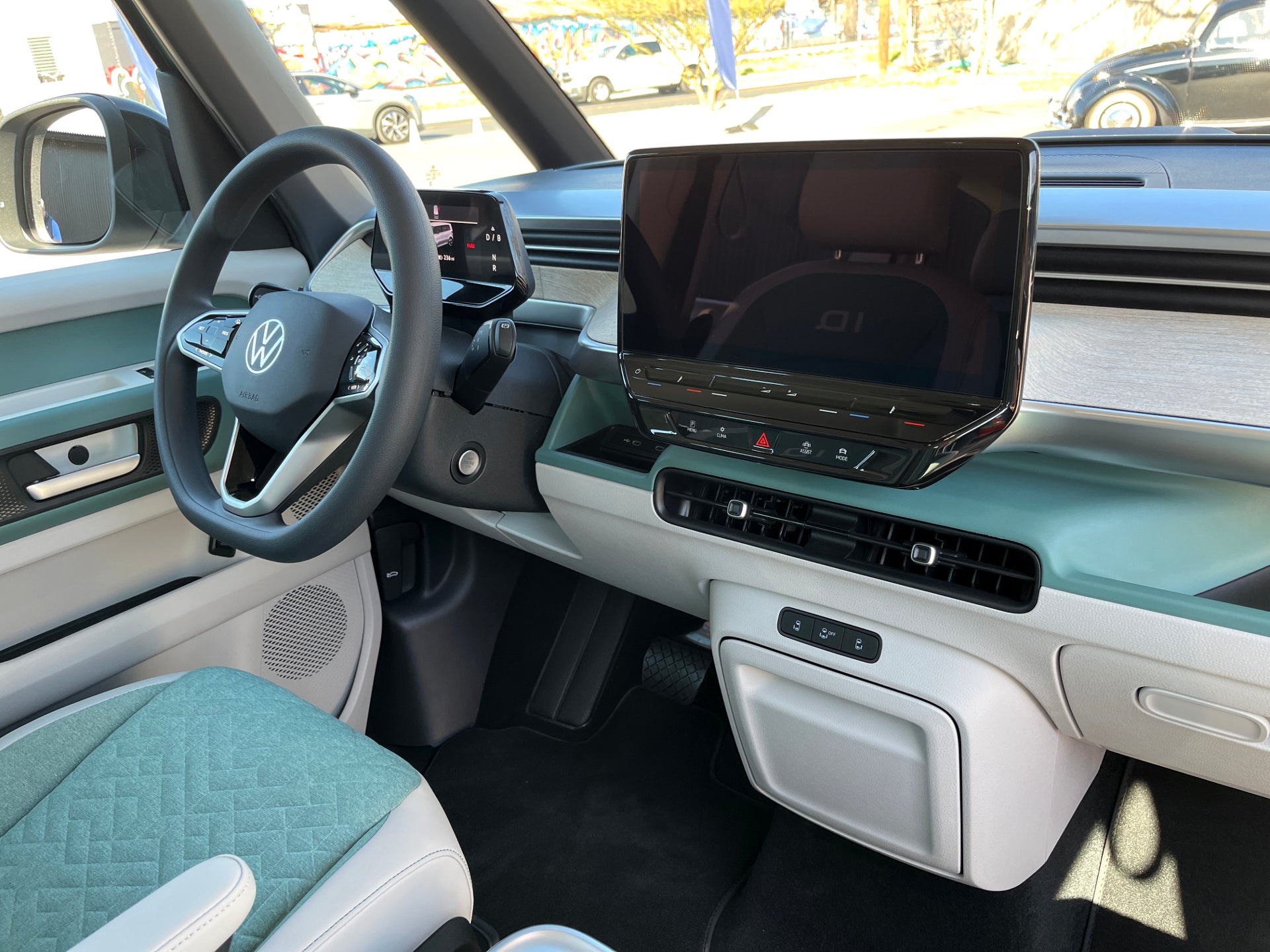