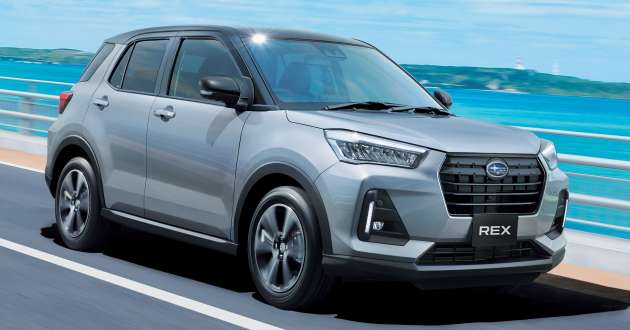 Subaru has launched its first compact SUV in Japan, and if it looks rather familiar, that’s because the new Rex is essentially a rebadged Daihatsu Rocky. As you’re probably aware, the Rocky has several close siblings, including the Toyota Raize as well as the Perodua Ativa. If you’re curious about the name, ‘Rex’ has been used by Subaru in the past for a series of kei cars that were sold in various markets.

Visually, the Rex is pretty much a copy of the Rocky inside and out, with the only changes being the use of Subaru’s Pleiades logo and a slightly tweaked grille (note the indents). Two variants are offered – G and Z – with prices ranging from 1.82 to 2.171 million yen (RM59,444 to RM70,908).

Subaru clearly states in its release that the Rex is an OEM product supplied by Daihatsu and expects monthly sales to hit 150 units. With the launch of the Rex, there are now four version of the DNGA-based compact SUV on sale.