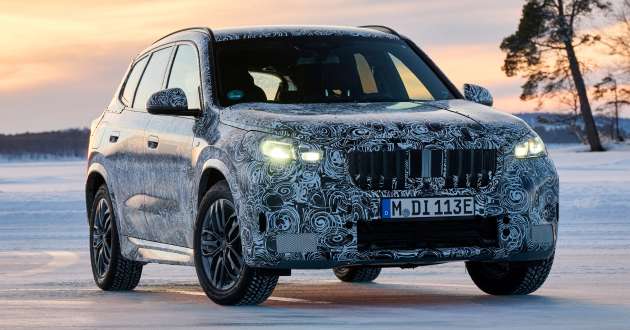 BMW has released the first images of the upcoming iX1 as the electric SUV undergoes winter testing at its facility in Arjeplog, northern Sweden. The iX1 was first teased in March this year and will offer an estimated range of between 413-438 km according to WLTP standards.

According to the German carmaker, the EV will feature the fifth generation of its eDrive technology and come with two electric motors – one for each axle – for all-wheel drive. The iX1 will be the brand’s third Sport Activity Vehicle (SAV) to get a purely electric drive system after the iX and iX3.

Further details like outputs and performance figures weren’t provided but the company says the powertrain will optimise traction and dynamic performance, backed by its near-actuator wheel slip limitation technology.

The iX1 is effectively the fully electric version of the third-generation X1 (reportedly codenamed U11), with the former set to arrive at the end of this year. Meanwhile, the X1 will debut earlier in the autumn (September to November) and will be available with internal combustion engine and plug-in hybrid powertrains. 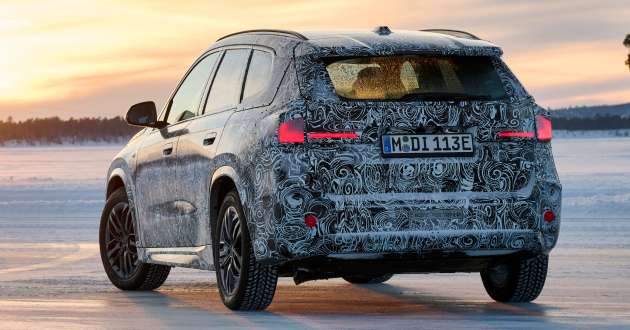 Enabling this multi-powertrain approach is the FAAR (Frontantriebsarchitektur) platform that underpins the all-new X1, which is an evolution of the UKL platform that is used by the current F48 X1, and was designed with ICE, PHEV and EV powertrains in mind.

Given the shared FAAR platform, the general design of the iX1 as suggested by photos of the prototypes being tested will also apply to its other powertrain counterparts. Though not immediately obvious at first glance, the next X1 appears to be more grown up with a “tougher” and more “blocky” shape.

Reshaped headlamp and taillight clusters with new graphics can also be roughly made out, while the door handles are now flush with the vehicle’s body, at least on the iX1 in the interest for maximising range. We’re still several months away from the debuts of the X1 and iX1, so expect BMW to reveal further bits of information as we approach autumn.