After showing the first-ever i7 undergoing testing at freezing temperatures in Arjeplog, Sweden at the beginning of the month, BMW is back with another prototype. This time around, the fullsize electric luxury vehicle can be seen conducting hot-weather testing while tackling steep and curvy mountains roads to make sure the EV drivetrain is up for the job in fairly harsh environments.

Oddly enough, the German premium brand insists the i7 will be the “world’s only purely electrically powered luxury sedan.” It deliberately ignores models such as the Porsche Taycan, Audi E-Tron GT, Lucid Air, Genesis Electrified G80, and the Mercedes EQS (yes, the latter is technically a hatchback). The press release includes this statement not once, not twice, but three times. 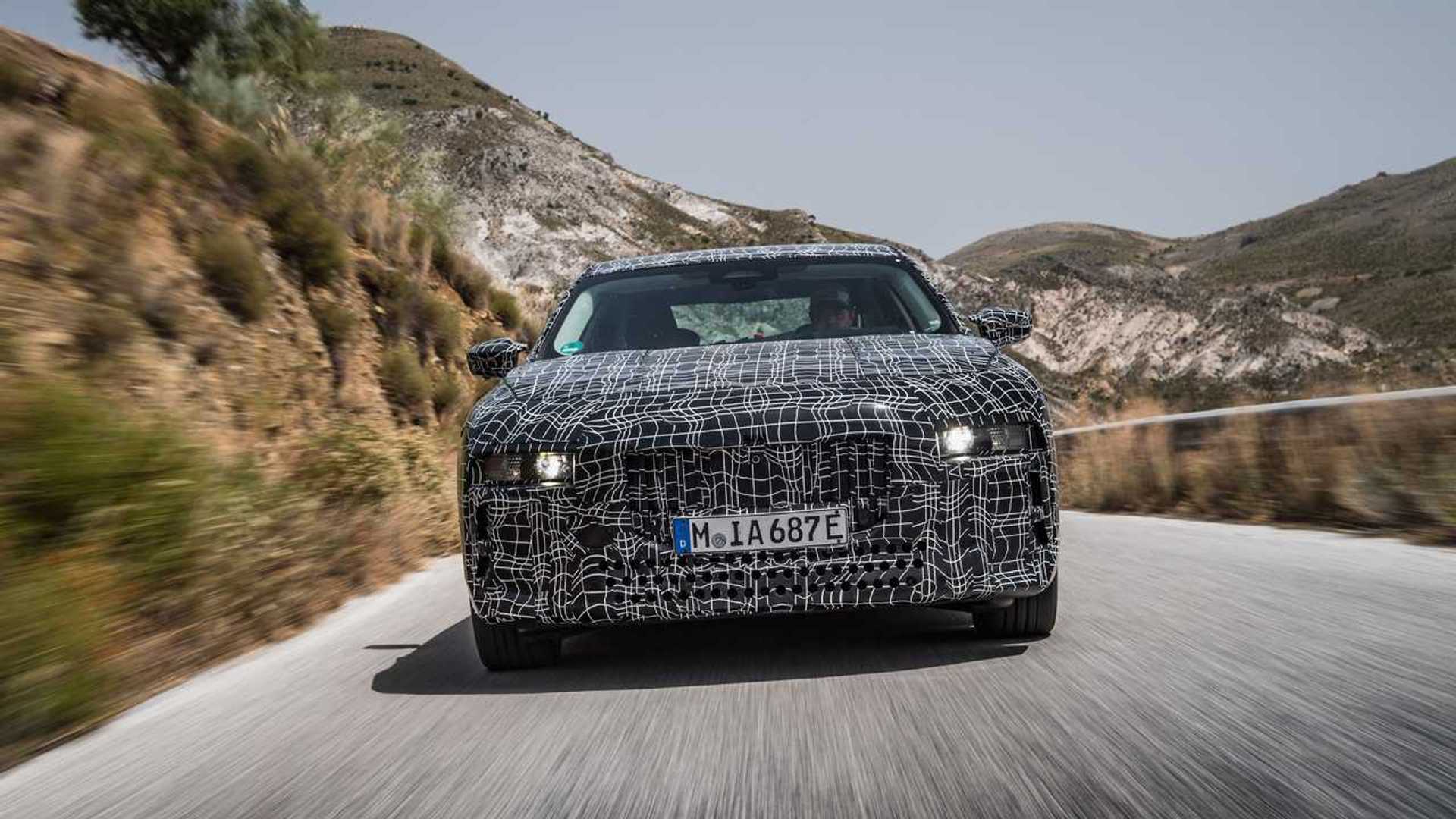 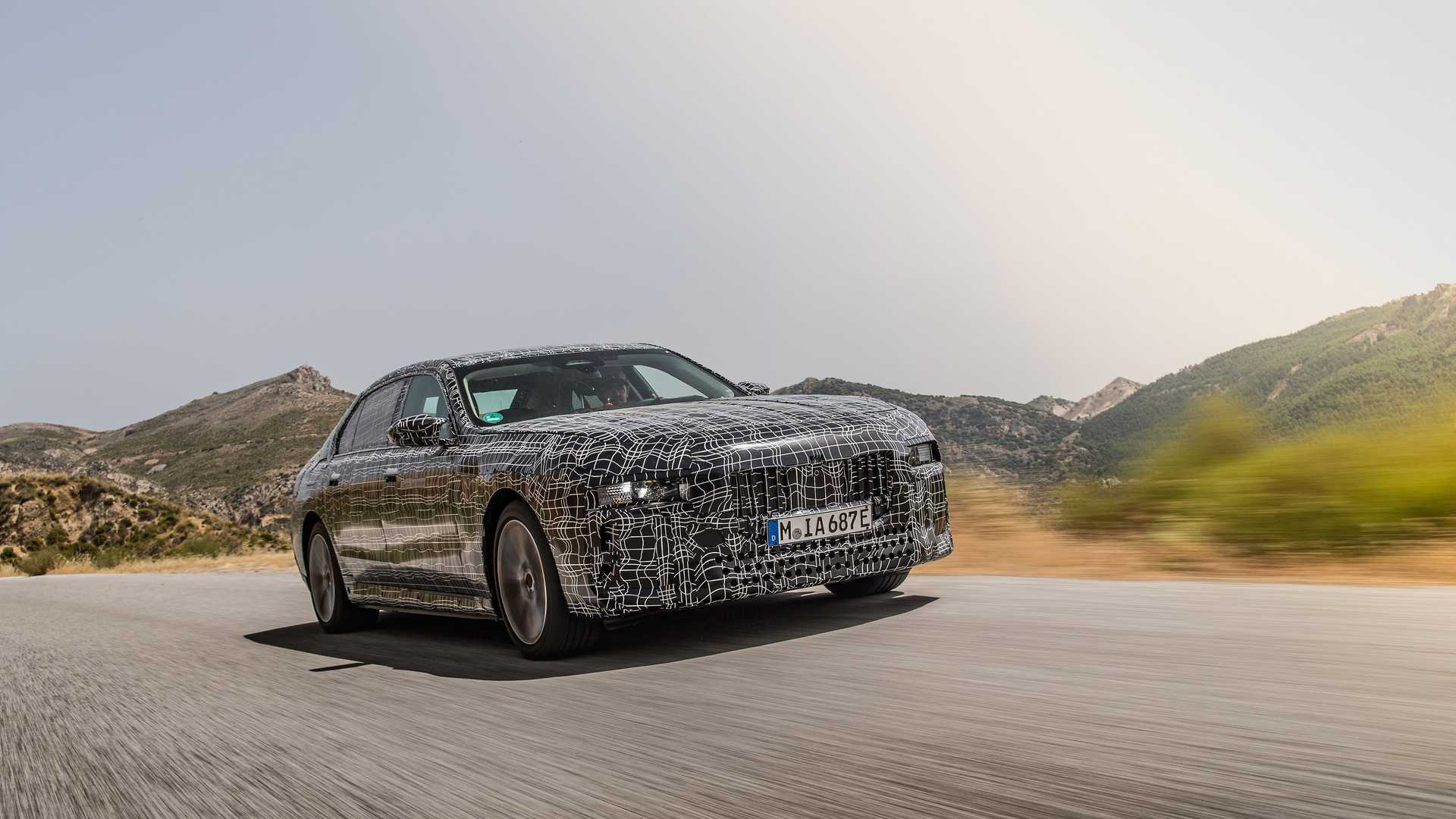 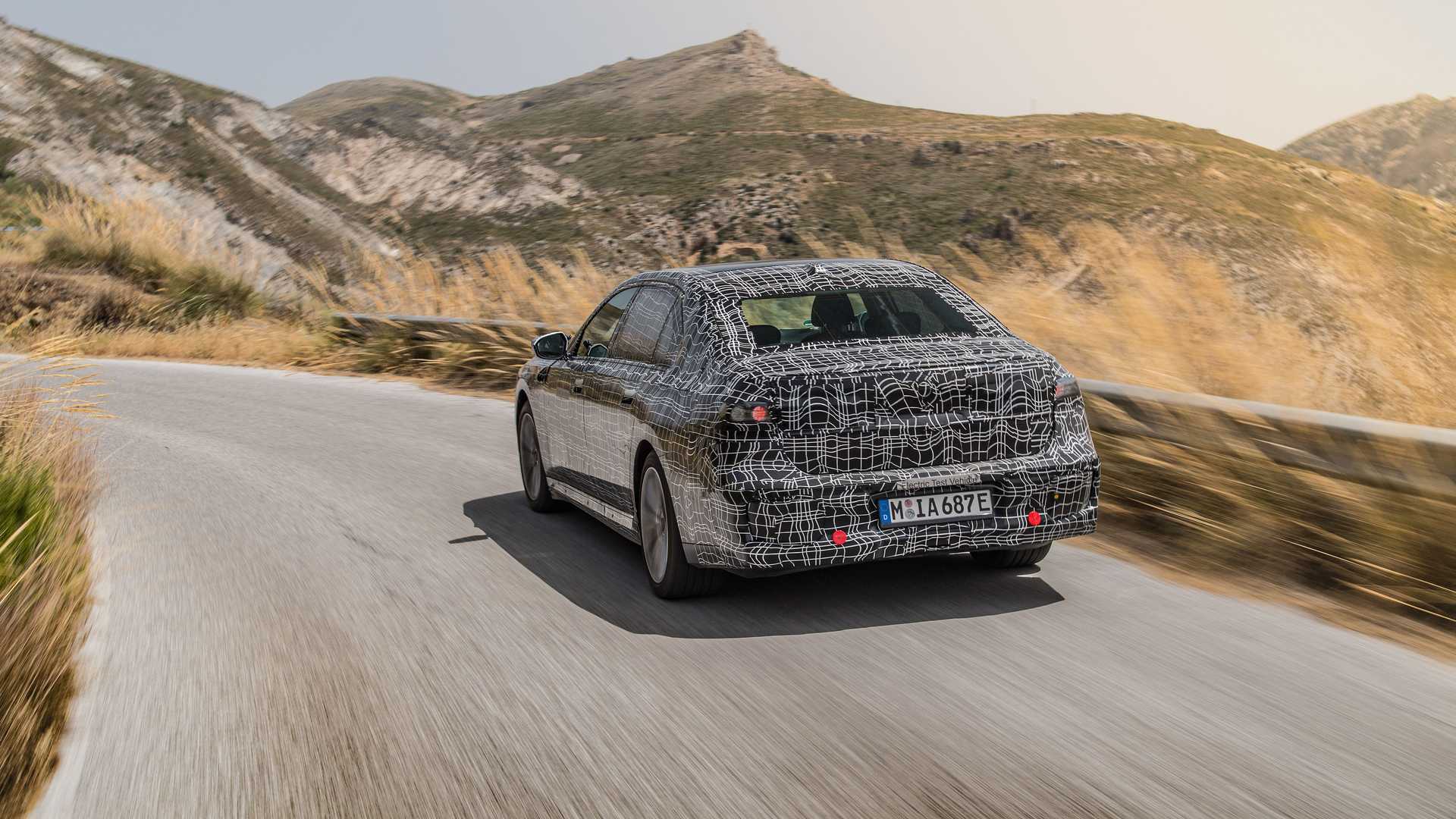 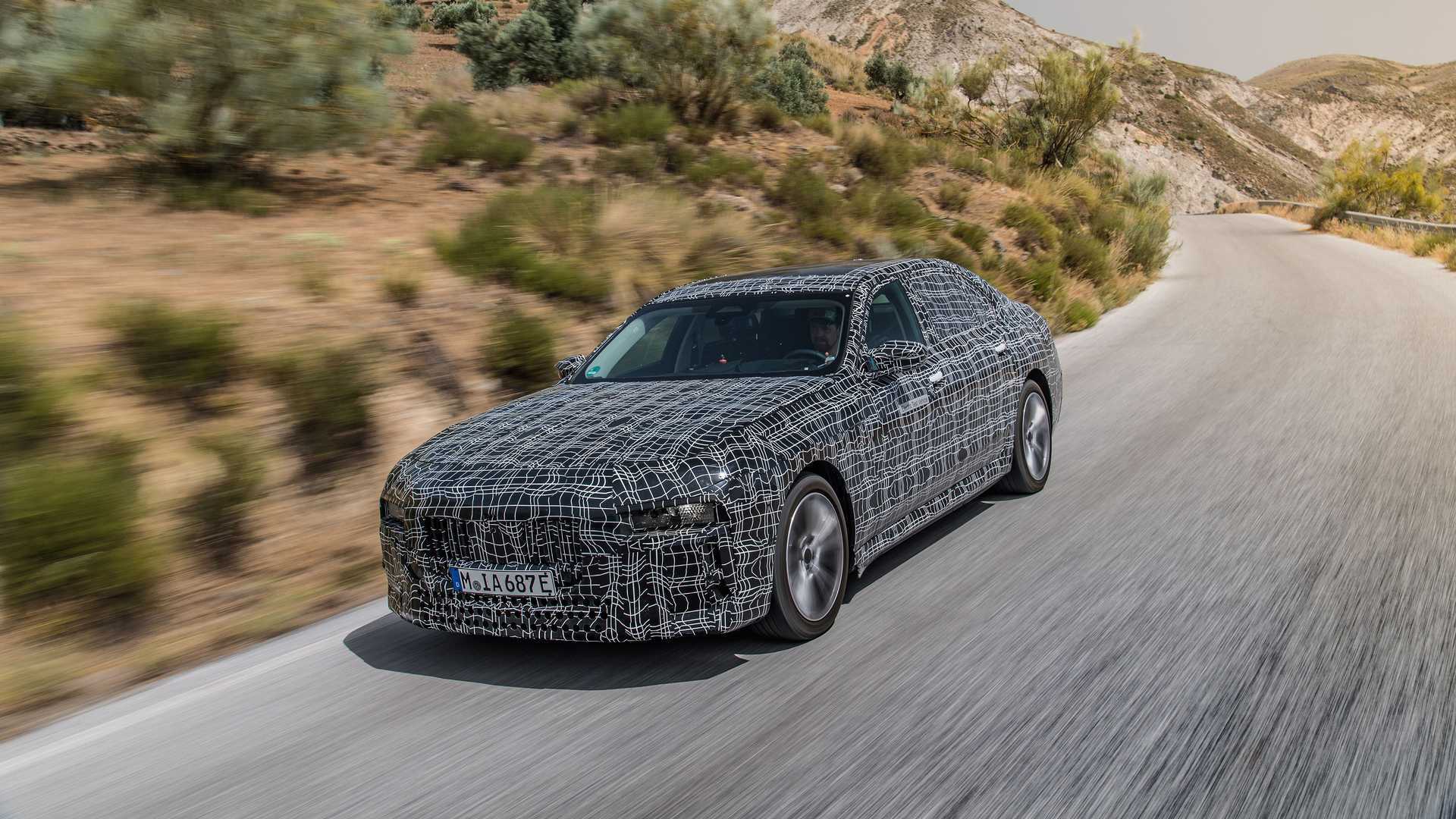 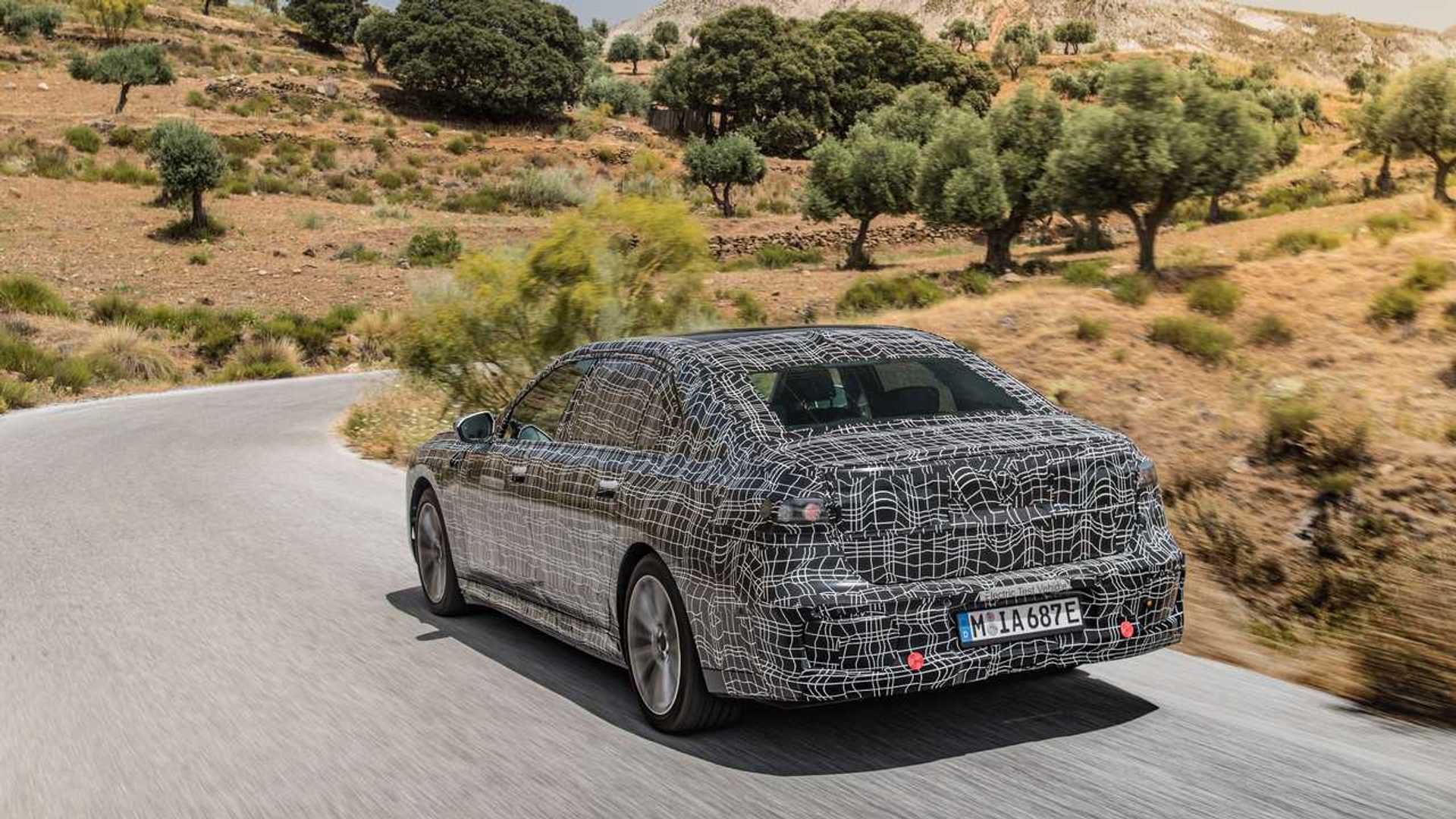 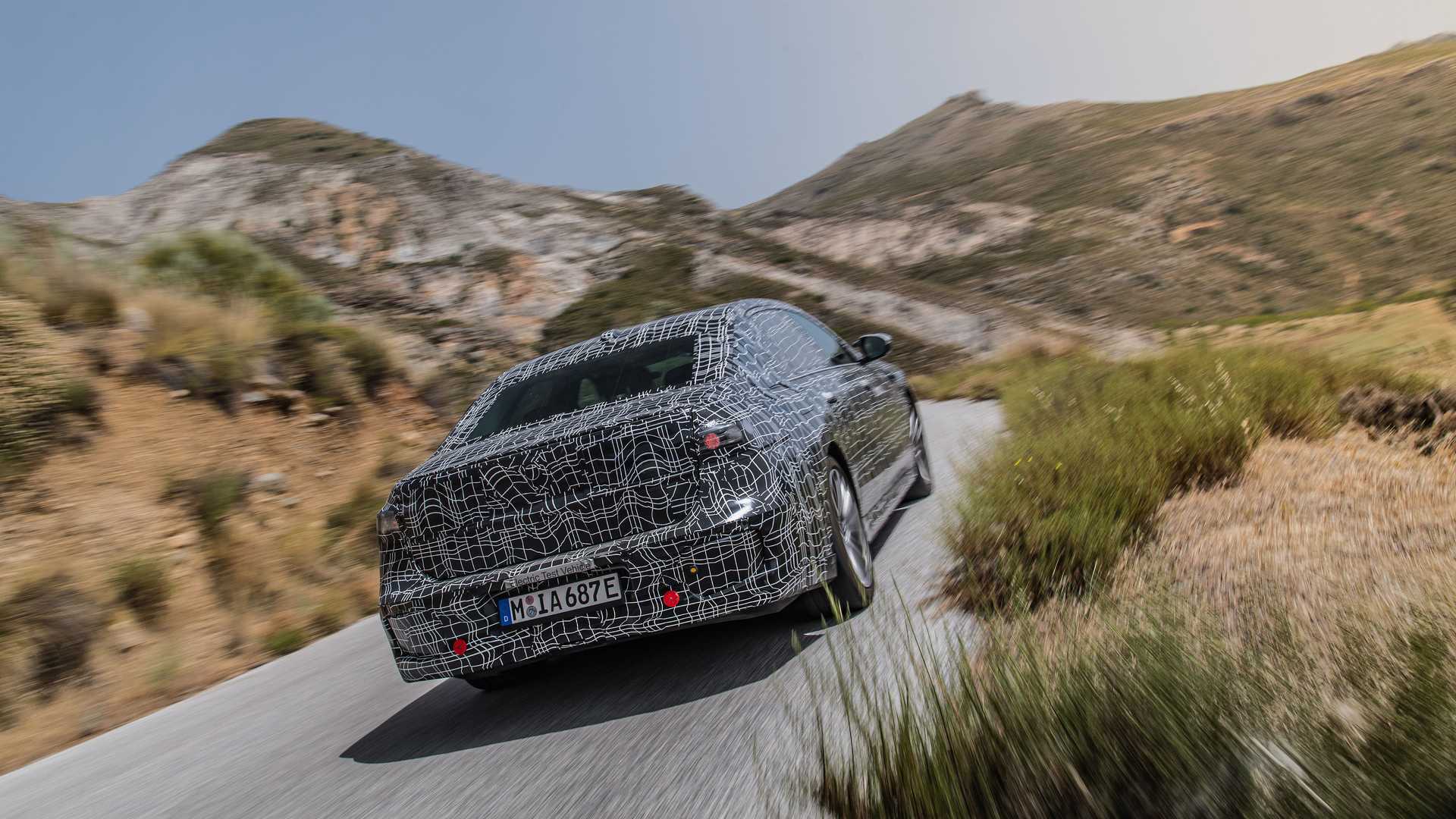 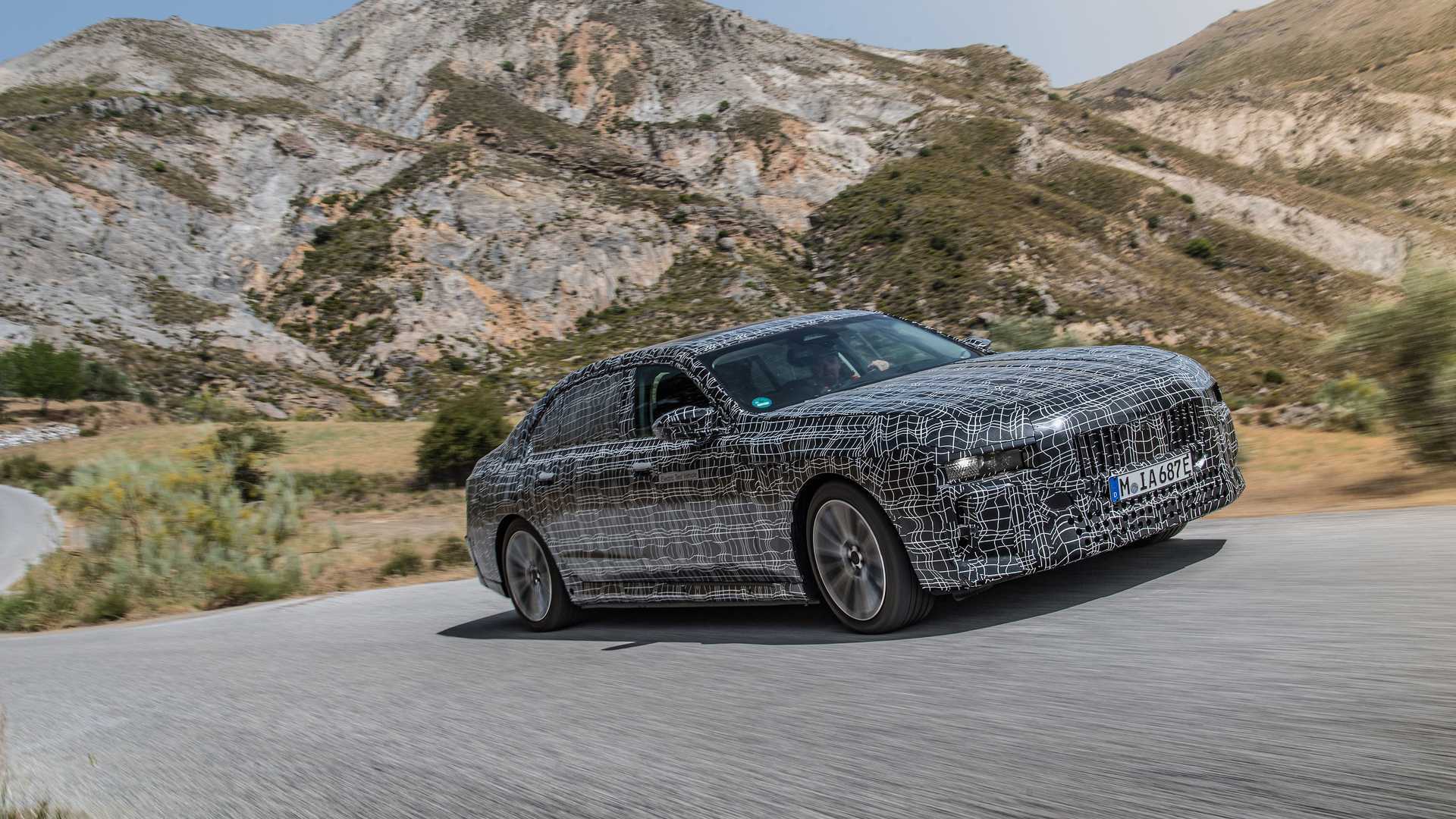 Moving on, BMW says the electric 7 Series will have dual motors granting an all-wheel-drive system by relying on the company’s fifth-gen eDrive technology shared with the iX and i4. The top-spec version could have something in common with the iX M60 debuting early next month in Las Vegas at CES. Look for somewhere in the region of 600 horsepower considering the iX xDrive50 already offers a healthy 516 hp.

For the time being, the Bavarians are unwilling to shave off some of the camouflage and show more production skin. However, we can see the provisional main headlights positioned below what we believe are completely hidden daytime running lights. The DRLs should be akin to those of the love/hate Concept XM and the subsequent production model arriving late next year. Door handles flush with the bodywork are also noticeable, as are a subtle trunk lid spoiler and a large panoramic roof.

Housed within that generous wheelbase should be a large battery pack, featuring a capacity of 106.3 kWh in the case of the iX. The electric SUV is estimated to cover 300 miles in the EPA test cycle, and anything lower than that for the i7 would be a major disappointment taking into account the EQS 450+ has enough juice for 350 miles.

The world premiere is scheduled to take place next year when the i7 will be joined by the conventionally powered 7 Series with gasoline and diesel engines, plus a plug-in hybrid drivetrain. They will all look largely the same since the zero-emissions model is not a dedicated EV, but rather an electric adaptation of the platform used by the ICE versions.