Toyota has a busy schedule up ahead when it comes to body-on-frame products as the all-new Land Cruiser and Tundra are weeks away from being unveiled. Not only that, but a new teaser announces the smaller Tacoma pickup is also getting an update for the 2022MY, albeit it won’t be as significant considering the next-gen model is unlikely to arrive before 2023.

So, what is Toyota planning for the 2022 Tacoma? Well, “two adventure-ready trucks” are coming. The one on the left has a retro-looking center cap for those nifty bronze wheels and appears to be painted in Lunar Rock. It’s unclear whether we’re dealing with a TRD Pro model, but the other truck seems to be judging by the TRD badging on the wheel center cap. 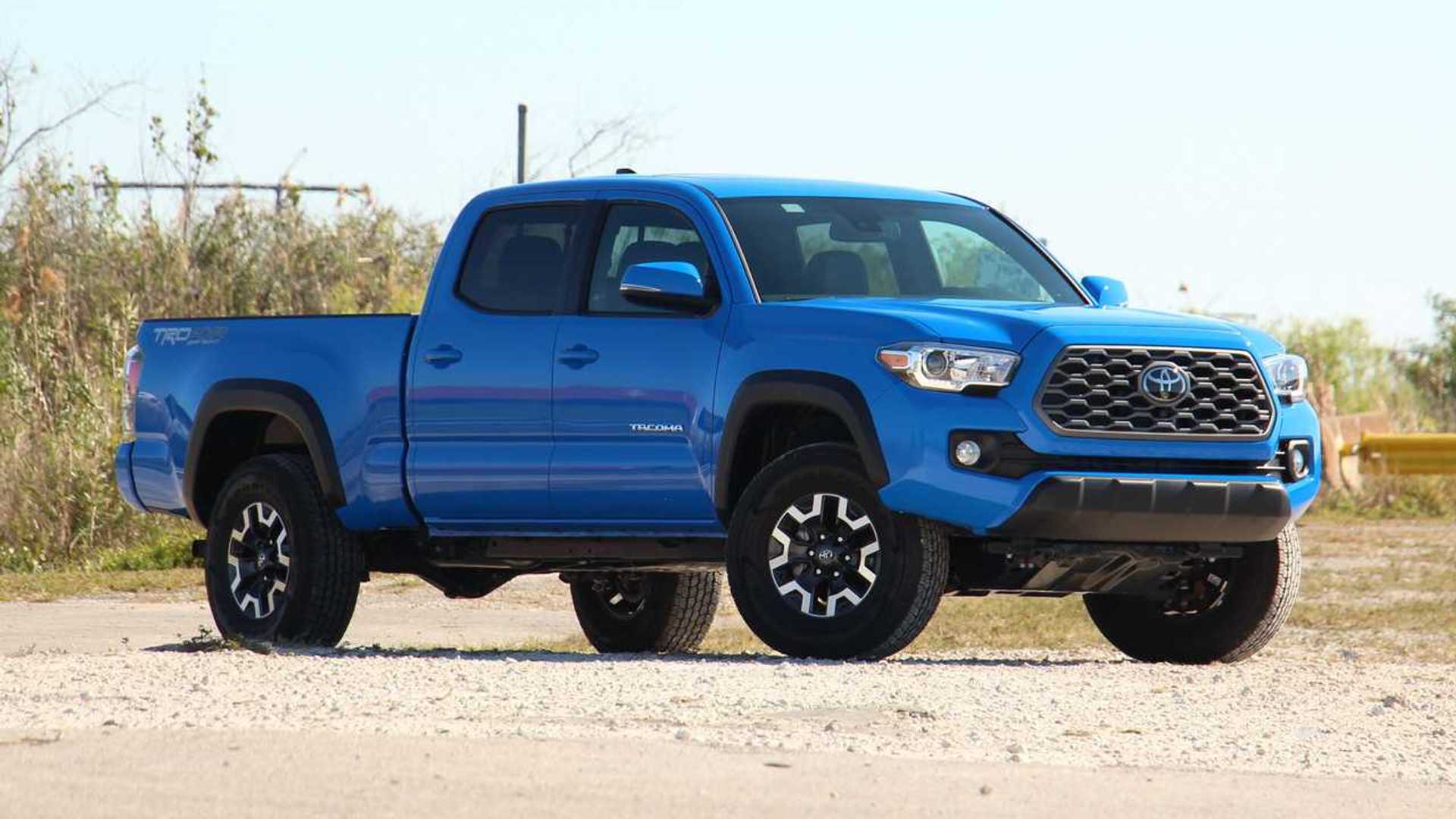 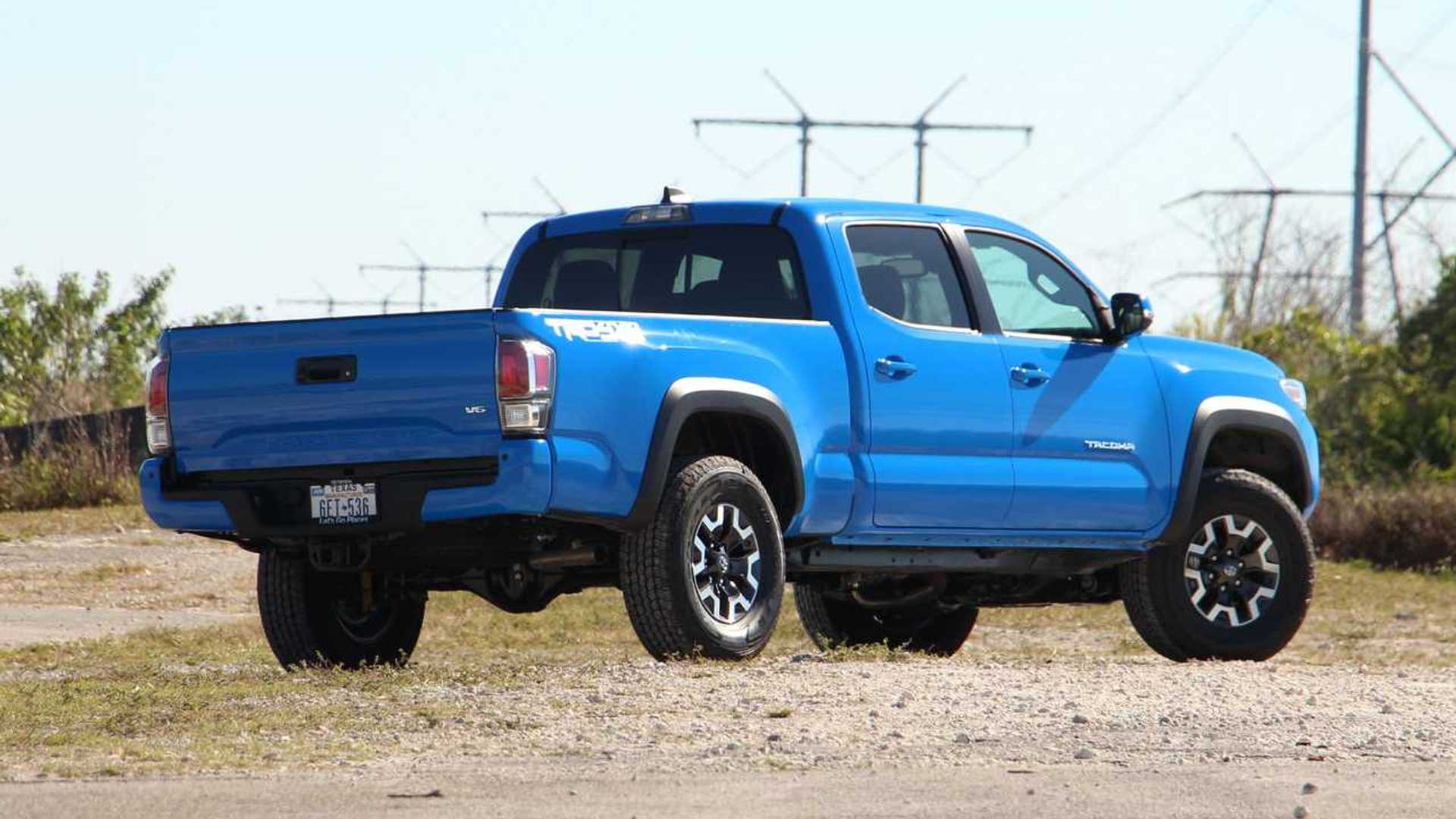 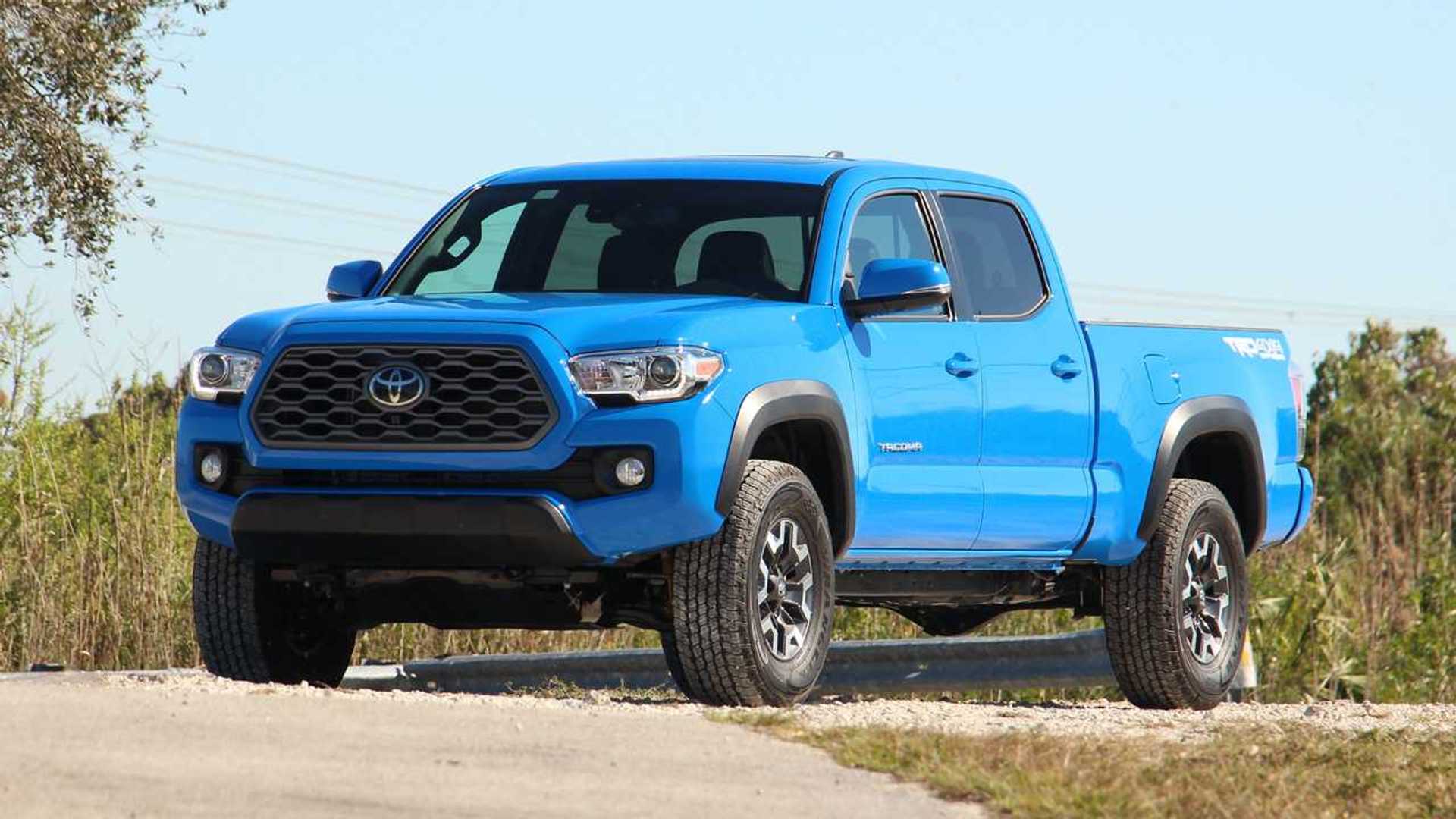 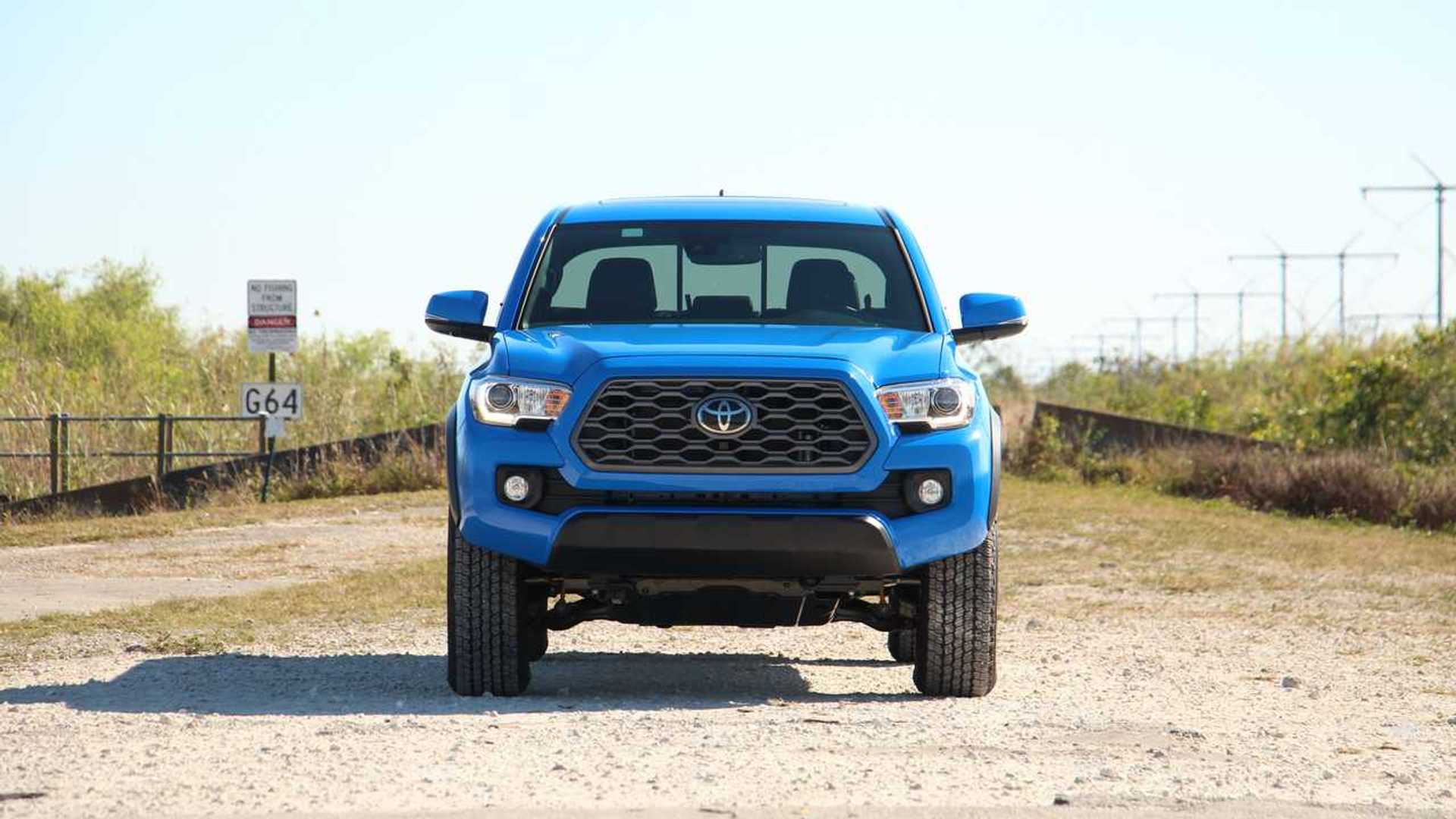 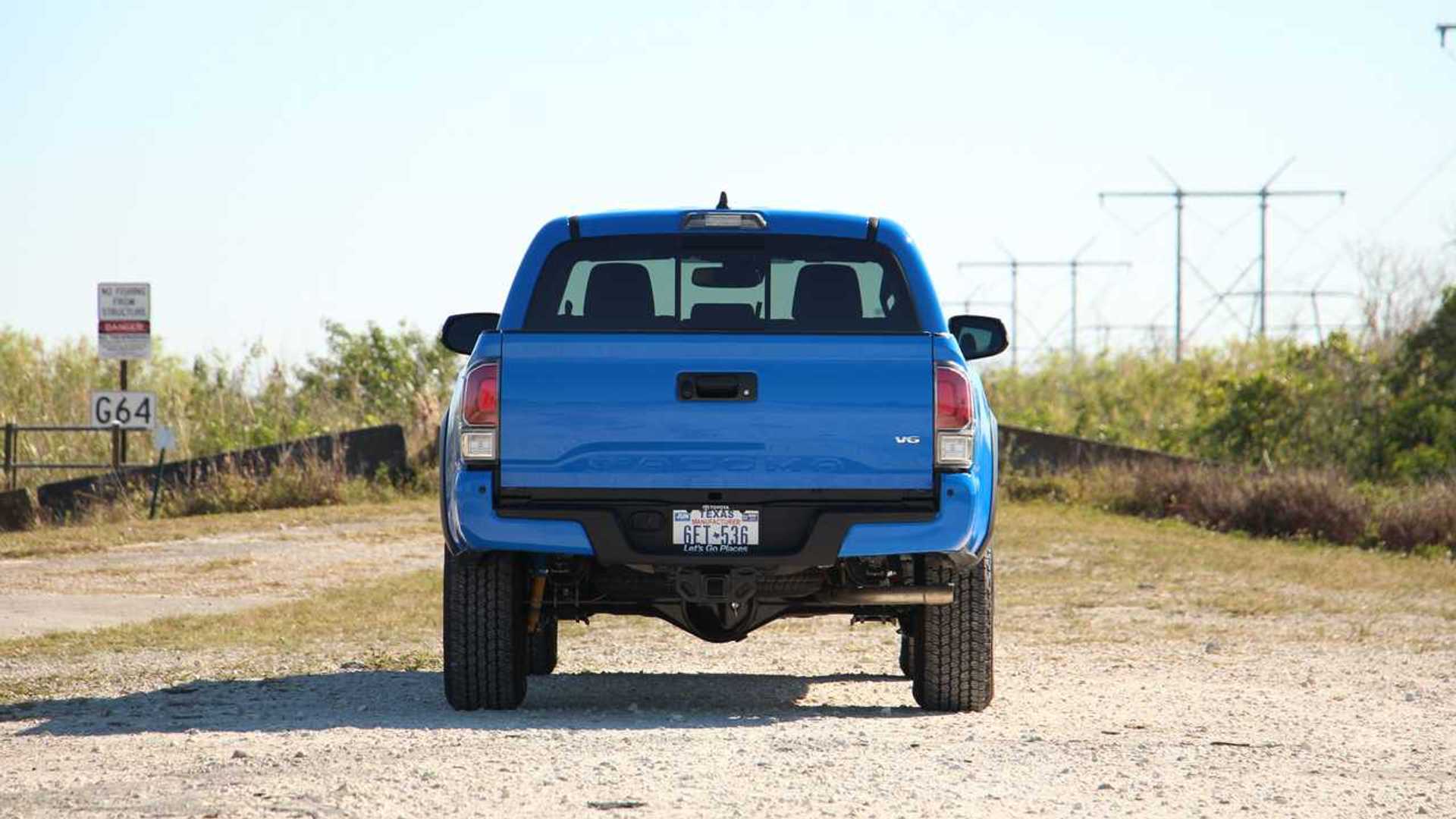 The Tacoma on the right is of particular interest due to its vividly colored body. Its neon yellow shade appears to be new for 2022MY and could be reserved for the TRD Pro as a replacement for the outgoing model’s Lunar Rock signature color. Alternatively, it could be an addition to the palette. Either way, these two trucks could represent the final hurrah for the third-generation pickup, which has been around since 2015.

The official reveal is scheduled to take place on June 2 when Toyota will also be unveiling a 2022 Prius Nightshade special edition to join many other blacked-out vehicles from its North American portfolio. According to the latest rumors, the aforementioned Land Cruiser LC300 will be introduced at the end of May or early June. As for the larger Tundra truck, it’s likely not far behind seeing as how a teaser was published a week ago.