Technically, these shots of the 2022 Nissan Frontier aren’t spy shots. But actually, they kind of are. When Nissan unveiled the long-awaited new Frontier back in February, we were only shown a dressed-up Pro-4X model. In fact, it will be offered in a range of trims, with the least expensive being the truck we have here – the entry-level Frontier S.

Curiously, Nissan still has all its corporate and model badges covered up on this truck, which is likely still a preproduction tester. We already know about the bold new Frontier styling, and we also know there’s still quite a bit of the old Frontier contained within this new generation. The basic cab structure and frame are carryover, which might be the cause of some concern since the previous truck dates clear back to 2004. Other Frontier fanatics might find it reassuring, but whichever side you’re on, there’s still plenty that’s new about this pickup. 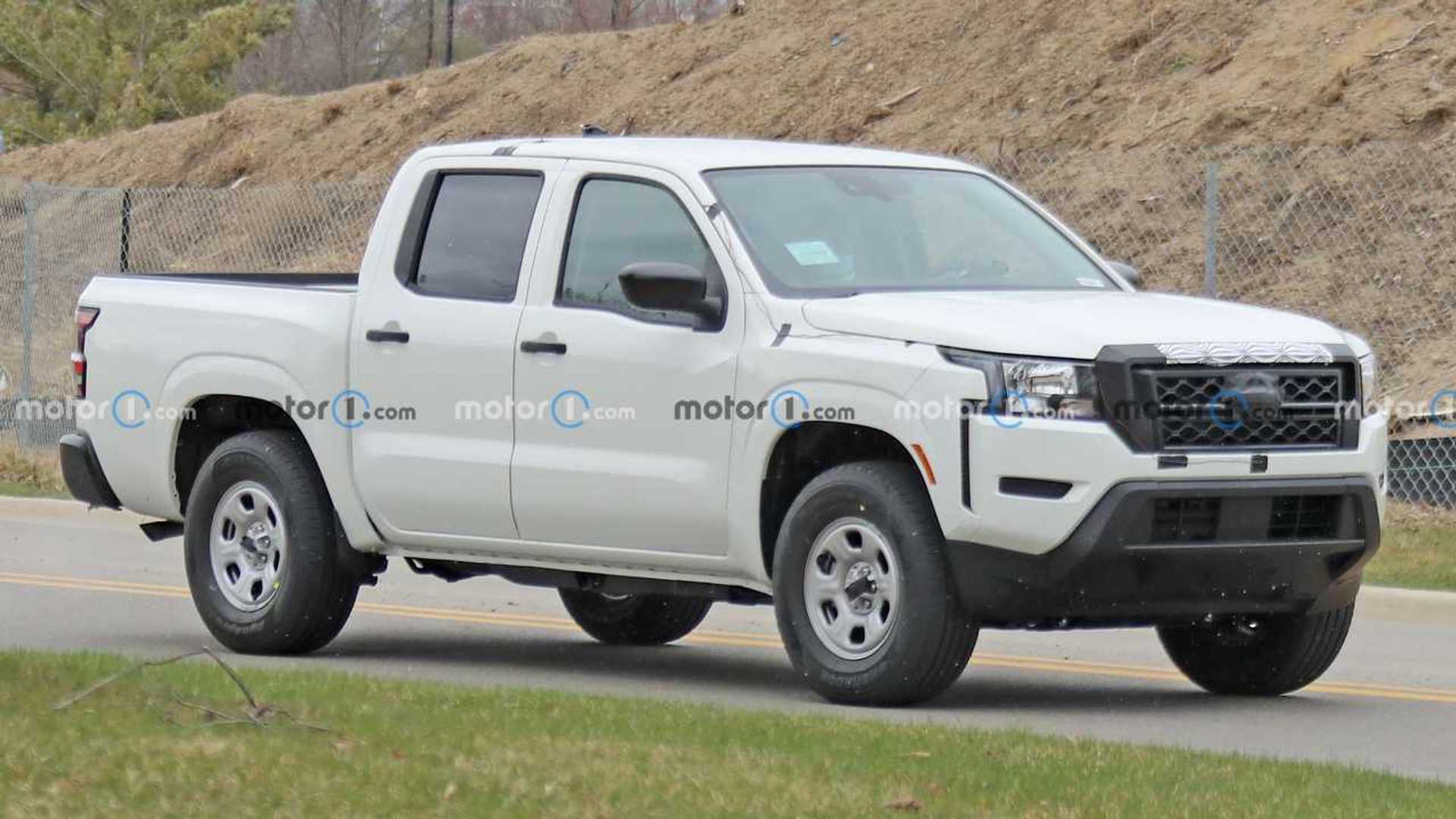 Compared to the snazzy Pro-4X, the starter Frontier S is a bit less shouty but still a stout truck with a bit of swagger. The black plastic trim for the grille, front fascia, and rear bumper looks a little low-rent, and the door handles lose their body color in favor of the same black plastic. The wheels appear to be a simple steel design, painted silver with a center cap covering the hubs. We aren’t certain if this is a four-wheel-drive version; the stance and street-friendly tires suggest it only powers two wheels, making it a very base model, indeed.

Still, it’s not a blank slate by any means. The gutsy 3.8-liter V6 with a nine-speed automatic transmission is standard-issue, generating 310 horsepower (231 kilowatts) and 281 pound-feet (381 Newton-meters) of torque. A comfortable host of safety systems and tech also come standard, including forward collision warning, Apple CarPlay, Android Auto, and an 8-inch touchscreen display. Start checking the option boxes, and the new Frontier stands out among other midsize competitors with a plethora of safety and assist gear available.

Of course, the truck isn’t at dealerships yet, and we’re still patiently waiting for a test drive event to sample the first properly new Frontier in nearly two decades. Expect that to happen this summer.