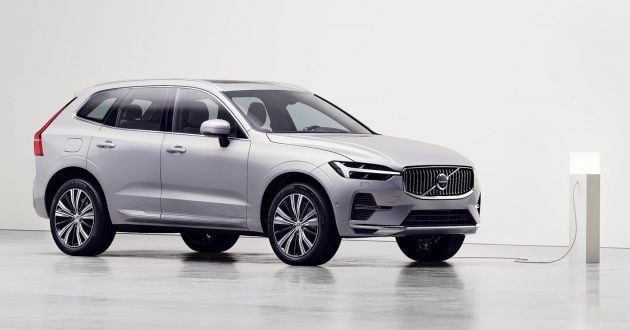 After weeks of teasing, we finally have the confirmed launch date – the Volvo XC60 facelift will officially be making its Malaysian debut on November 25, and you can watch the livestream on Volvo Car Malaysia’s (VCM) official Facebook page.

The midlife refresh is a rather small one, on the design front at least. There’s a restyled bumper with sharper creases near the lower intake, while the exhaust finishers have been removed from the back. An R-Design package will see the SUV be equipped with a sportier square-mesh grille as opposed to the vertical slats, though it’s worth noting that the XC60 R-Design was never offered here before.

Stepping inside, the SUV will ship with a brand new infotainment system that’s built on Android Automotive OS, which first made its appearance on the fully-electric XC40. Volvo’s comprehensive suite of advanced driving aids have also been augmented with better sensors for improved functionality.

Currently, the pre-facelift XC60 – updated just this April – is offered with two powertrains in Malaysia, including the T5 (Momentum) and Recharge T8 (Inscription Plus). Both come with a 2.0 litre turbocharged four-cylinder petrol engine and an eight-speed automatic transmission, with the T5 sending 254 PS and 350 Nm to all four wheels.

The Recharge T8 adds on a supercharger for 320 PS and 400 Nm, while an electric motor on the rear axle contributes another 87 PS and 240 Nm for a total system output of 407 PS and 640 Nm. The e-motor draws power from an 11.6-kWh lithium-ion battery capable of providing an all-electric range of 54 km.